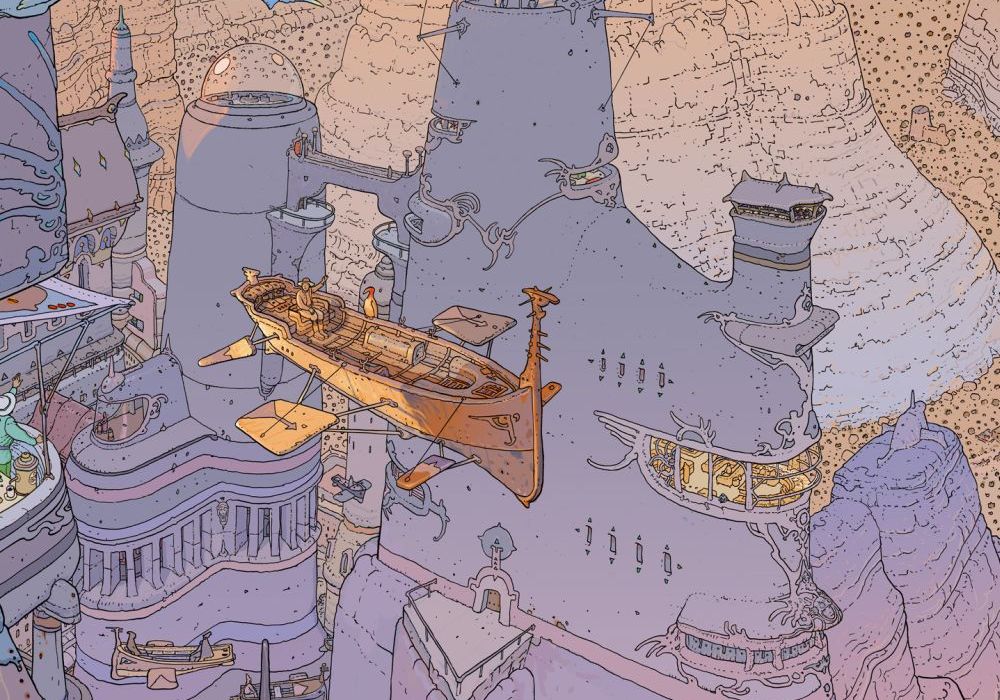 Best Translated Material
When we were discussing new categories this year, this was one of the easiest to decide on including. The category might sound fancy, but it’s really simple: anything that wasn’t originally written/published in English was fair game. The chosen books represent a wide swath of comics, and all deserve your time and money. 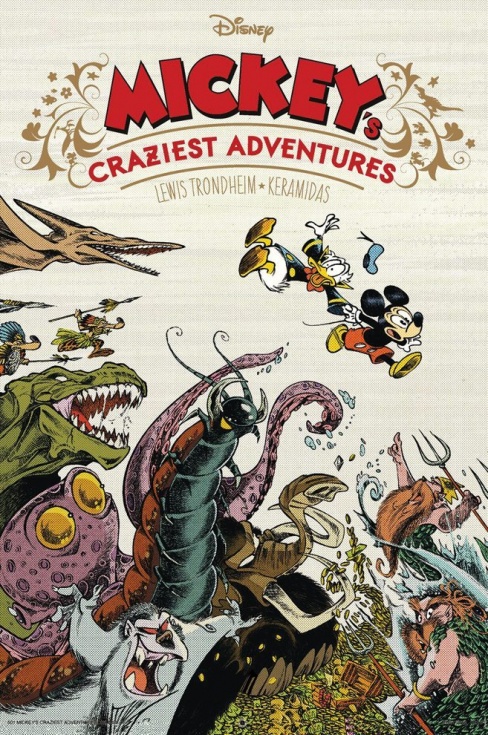 (Matt Garcia) Sometimes the most interesting approach to a character comes from outside that character’s home. Call it a fresh perspective if you’d like. “Mickey’s Craziest Adventures”, from Lewis Trondheim and Keramidas and published in translation by IDW, is a pretty nice indicator of that. For one, it’s a lot of fun, delivering a swashbuckling high-adventure story with a meta-textual flourish. But it also retains the more eccentric and scoundrely aspects of Mickey and Donald’s personalities as it marathon sprints through the genre. These are the more interesting aspects of their characterization rather than the ones representing a massive corporation.

Trondheim and Kermaidas produced this as part of a French series where creators have almost-free reign on the characters. And it’s something that could only work with this particular group of characters from these particular imaginations. It may only flirt with the joke and the more postmodern elements, but it’s a fun, other way to experience these characters. 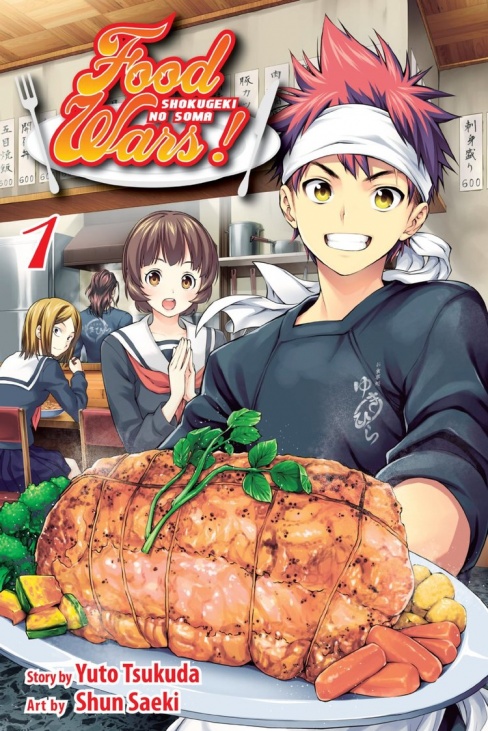 (Walter Richardson) Just as some comics read better when whole arcs are collected, others get a little something extra when read in serialized form, and “Food Wars!: Shokugeki no Soma” in particular benefits from its contemporaneous translation in the pages of Viz’s Weekly Shonen Jump. This isn’t to say that the paperback collections are lacking — I read some to catch up with the series after it started running in the digital magazine and quite enjoyed them — but Yūto Tsukuda and Shun Saeki have an affinity for the weekly format that can only be observed when keeping up with the book chapter-by-chapter. Sure, there’s a bit of a formula to it, but it’s a formula that works. Despite other comics I’m reading probably ranking above “Food Wars!” on my list of favorites, when I sit down on the weekend to get through my “to read” pile, “Food Wars!” is almost invariably at the top. Once I’m done with it I’m almost always excited for the next chapter. While collected translations are, of course, great to have and usually more practical from a business standpoint, Viz is doing a great job of preserving that authentic feeling of reading certain manga in serialized form, and “Food Wars!” is a stellar example of how this form of publication can elevate a title. 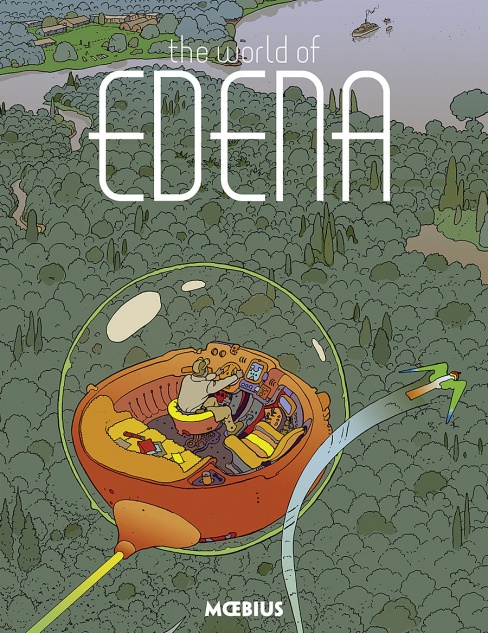 (Greg Matiasevich) It may come as a shock to most Wednesday warriors (though hopefully not the readers of this site) but North America does not have a monopoly on making great comics. Every year sees works of staggering quality and diversity come out from around the world, but unless that work finds a sympathetic publisher in the US, it might as well not exist to the vast majority of American readers. Companies like NBM, Viz, IDW, and others have consistently been bringing material from overseas to the US market, and their eye for quality in subject and presentation has paid off in more foreign material finding an English-speaking audience every year.

That said, 2016’s translation crown belongs to Dark Horse as far as I’m concerned. The reason? The Moebius Library (and its inaugural release “The World of Edena”).

Saying Jean “Moebius” Giraud’s work is unavailable in English would be untrue; Les Humanoids has his Jodorowsky collaborations available in nice hardcover editions. But most of Moebius’s vast output (and trust me, vast is no understatement) is either un-translated to English or exorbitantly out-of-print. And we’re talking about a Kirby- or Tezuka-level cartoonist in Moebius. Just in terms of comics education, that material deserves to be accessible. The Moebius estate seemed content to keep his work out of North American outlets, but in retrospect, maybe they were simply waiting for the right outlet. And in Dark Horse, they found it.

“The World of Edena” collects all five parts of the “Le Monde d’Edena”: four previously collected by Epic Comics in the early 1990s plus the final volume from Casterman in Europe in 2001. “Edena”, one of his major story pieces a la “The Airtight Garage”, shows us Moebius the cartoonist (writing and drawing) over the course of 20 years and, at times, at his most magical. Not that “Edena” travels in fantasy over science fiction, but rather that Moebius’ emphasis of soft over hard sci-fi is on full display. But you don’t go to Moebius for every nut and bolt on FTL warships hopping galaxies. You go to Moebius for heart, for lyricism, for vision. And after years of seeing others try to match that vision, it’s exhilarating to be able to witness it uncut and unfiltered.

You can (and should) go read our take on “The World of Edena”, but here’s why this book made my list: Dark Horse put together the technically ideal package for this material. My only quibble might be that going softcover (heavy stock cover with French flaps) might have shaved another $10 off the price tag and made this even more affordable, but that’s certainly nitpicking. Dark Horse’s release hits their usual standards of hardcover quality, at a size large enough to showcase the open art and flat colors without being unwieldy or incurring too much cost. An updated translation, re-lettering, and overall production collaboration the Moebius estate gives this book the remastered sheen fans have been wanting to experience this material with.

Brian: While it isn’t exactly a new thing to translate comics into other languages, it seems like the comics world, due in large part to publishers like IDW and Dark Horse who have really doubled down on their commitment to bringing great foreign titles to the English-speaking world, is enjoying translated comics more than ever. While these three books cover ground that a lot of our readers are probably already familiar with, it is a nice reminder that there is an entire world of comics outside of what we see at the shops on Wednesdays.

Mike: I’m really proud of how well-rounded this category wound up being. Of course “Edena” sort of ran away with things, but there was a healthy representation of global comics on there. Lots of manga, which seems like a no-brainer, but just a few years ago there was very little of that amongst our staff. Seeing that Spanish and French works were so heartily represented was great, and hopefully will lead to other corners of the globe as the category becomes a bigger part of the US market.

Matt: There’s an enormous world out there and so much interesting and fascinating stuff going on. I’m not saying other-language material is better or more innovating than what English-speaking people are making, but it’s different, maybe offering a new approach or perspective or point-of-view. Art isn’t a vacuum. Manga had the biggest representation in our individual staff lists, but like Mike said, we were getting some strong recommendations for a wide variety of comics. It’s important to read beyond your borders because it makes you understand the world all the better.