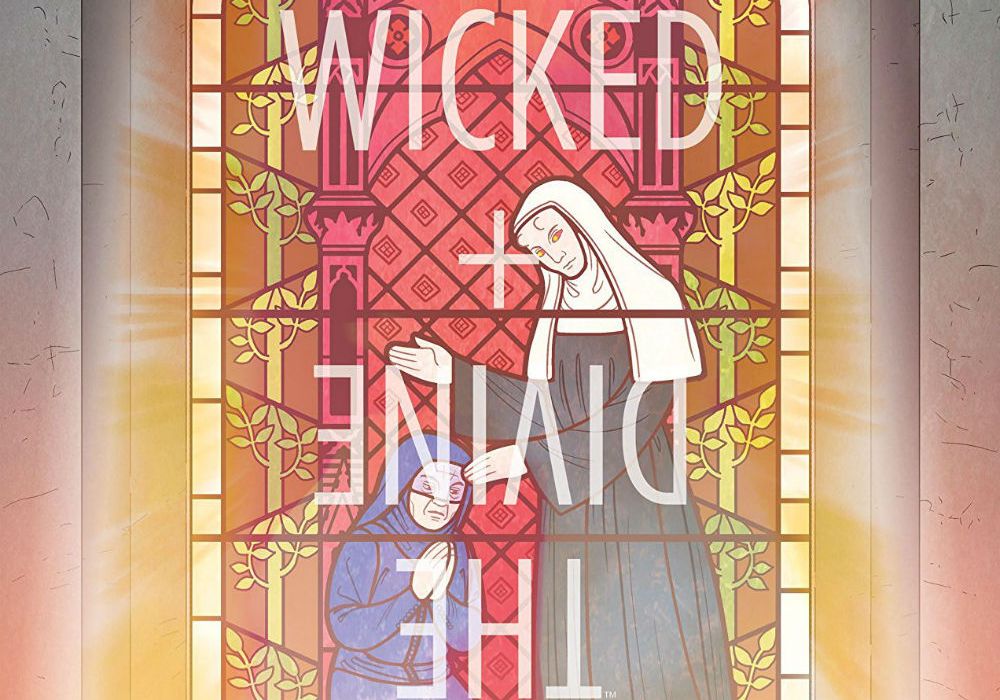 Unless you are making a silent comic, coloring is the only optional job in comics. And yet, for most of us, when we think of comics, we think of bright colors popping off the page. The three colorists that we listed here all elevate the books they work on and make choices that impact our reading and enjoyment of comics. Check out who our staff thought did the best jobs in 2018. 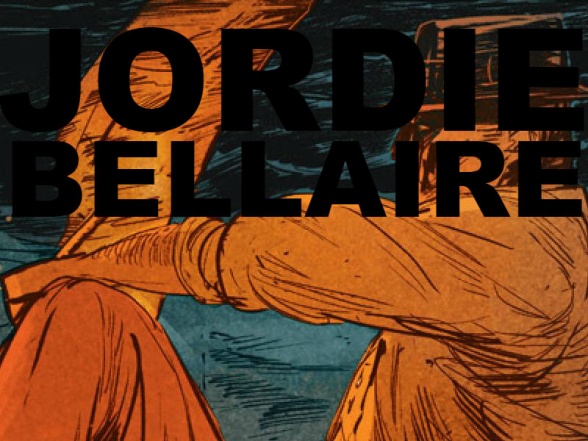 For me, Jordie Bellaire’s stand-out titles this year were “Redlands” (which she also writes), “The Divided Earth,” and “Head Lopper.”

In “Redlands,” specific colors are tied to specific characters and when magic is at play, a character’s presence can bleed into a scene, even when they aren’t physically present. Bellaire is building a color language to be able to talk about the power influences in scenes without dialogue. What I love about this are the transitions, the shifts of power and the way she controls this element in a scene like a volume knob, turning it up and down as needed. At times it can be very subtle, at others decidedly not.

In “The Divided Earth,” a middle grade graphic novel, Bellaire’s colors are much more literal. She plays with impact, like when explosives are used for the first time, in the pages leading up to that moment the color palette is cooler, making the sudden surge of yellow and orange all the stronger. In the extended battles sequences, she uses color to orient the reader as the story moves back and forth between its two leads, Kai and Rat. If Rat’s scene is warm and light, Kai’s is cold and dark. If Rat’s scene moves from light to shadow, then Kai’s scene has light again. Bellaire is always looking for contrasts, ever mindful not just of the elements at play in a given scene, but also of the elements in the scenes preceding and following. She guides our attention and focus so skillfully, we don’t even realise she’s doing it.

Then there’s “Head Lopper,” a series that loves to call attention to its color choices. It’ll make you sit up and take notice. It’s big and bold to the point that scenes could drown each other out, and yet they never do. And Bellaire can still find a way to go big enough and bold enough, that when the right scene comes along, she knows how to make it stick in your head. The opening sequence of “Head Lopper” #9 may well be permanently burned into my brain, the way it moves from overcast grays to lurid greens and yellows . . . absolutely perfect for a flashback scene we’ll continue to revisit throughout the rest of the arc.

The story needs of “Redlands,” “The Divided Earth,” and “Head Lopper” are very different, and each has its own visual language. This range and her fluency in color languages is where Bellaire impresses me most—her ability to switch modes, to find ways to make color palettes move within the established language, and to find contrasts that fit not just that art style, but the story style of the comic’s world. There’s a reason Bellaire’s been on every end-of-year list for colorists Multiversity’s had since 2015. Her work is not just consistently good, it’s consistently outstanding. – Mark Tweedale 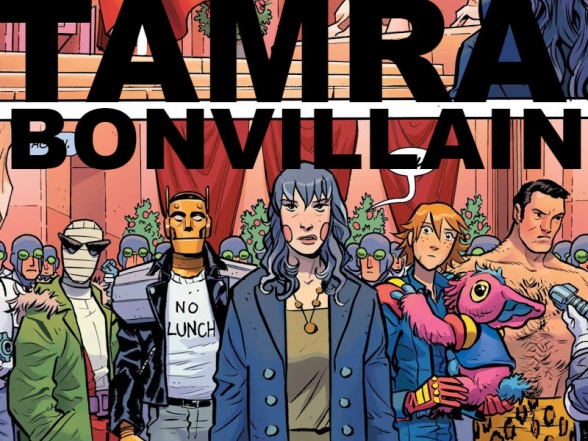 I know we’re talking about 2018 and I’ll get to that in a bit, but Tamra Bonvillain had a tremendous two page process column that was published in the backs of all of the July 2017 issues of the ‘Young Animal’ books. If you’re reading this, I implore you to seek that out and give it a read, but I’ll give you the highlights: she takes a sequence from an issue of “Doom Patrol” and takes you from her “flats” (solid color choices without texture or shading) all the way to her finished work. I’m sure lots of colorists work using similar methodology, but with Bonvillain, a few strengths are immediately apparent: how she thinks about each element or object in the scene, how they contribute to the overall image and what she can add to it to enhance its presence.

It’s clear to me from the consistent quality of her work that she has one of best eyes for detail in the business right now. Look carefully at any page she’s colored and you begin to see these details and how they shape the texture of the image beyond the pencils and inks. Then, take the image as a whole, let those details wash over you as part of a whole and realize how effortlessly it all works.

In 2018, Bonvillain not only improved her already top-notch craft, but she added variety of genre to her portfolio. “Doom Patrol” and “Moon Girl and Devil Dinosaur” continued to be some of the most colorful, eye-popping books on planet Earth, but along came “Kid Lobotomy” to prove that Bonvillain could get dark and dingy with the best of them. I recall sickly purples and greens on those pages, turning the titular Kid’s hotel home into that much more of a twisted funhouse. Her work on “Border Town” applied a touch of the “anything-goes” color pallet of her Young Animal stuff to a burnt-red, dusty southwestern town. But I think I’m still most impressed by what she did on the Young Animal “Milk Wars” crossover, proving that in an era of trying to fit superheroes into a grim reality, there’s still nothing that beats when they’re done up in bright colors. The JLA and Doom Patrol have possibly never looked better. – Vince Ostrowski 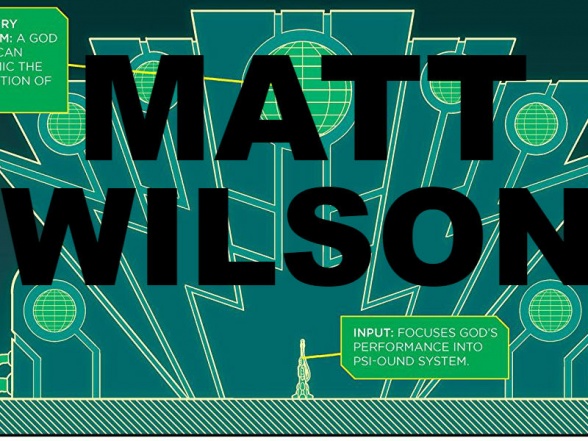 A colorist’s job has greatly expanded in the last few decades. No longer are they providing simple flat colors from a limited palette, nor are their creative talents replaceable. A colorist’s job now requires them to work closely with the line artist’s strengths and use their colors to give each scene a definitive mood, all while leaving their own creative mark on the material. Matt Wilson represents the best of all of that, ultimately showing how diverse comic art can be.

Take, for example, his work with Jamie McKelvie on “The Wicked + The Divine.” McKelvie’s pop art style lends itself well to realistic sculpted coloring techniques, which Wilson primarily uses. Beyond that, he introduces some of his signature otherworldly bright neon colorscapes when appropriate. Now contrast that with his work with Chris Samnee on “Captain America.” Samnee’s style is much flatter and more angular than McKelvie’s, more concerned with stylization and design than with realism. As a result, Wilson gives his work a flat-ish treatment: textures and subtle gradients layer in under the flats, with the occasional extra touch like a blended pink sitting above Cap’s cheek. This combination of techniques allows a degree of realism when Cap is riding around the countryside, but also allows the stylized action scenes to go into more abstract territory. All the while, his work showcases the singularity of Samnee’s style.

These principles follow him in his work on every book, from “Paper Girls” and “Black Cloud” to “Runaways” and “The Mighty Thor.” Each of his collaborators brings out something new in his work, just as he’s always able to bring out new things in their work. Wilson is the perfect example of how collaborative comics can be, how important colorists are, and how diverse comics can look. – Nick Palmieri

Brian: It’s funny that we named this the Dave Stewart award a few years ago, due to his dominance in this category early on (as well as, you know, the fact that he is the best), and yet since we’ve done that, only four colorists in three years have made our list. Now, this is not a knock of any of their work, but it is interesting how there appears to be a consensus among our staff (and, perhaps, comics in general) that there’s an upper echelon in coloring, and Stewart and these three are it.

Matt: Our staff literally took all the same people from the last year and reshuffled them around. The work all three of them put out is consistent, often exciting, clever, and grounded in the story. And all three of the do a lot of work. They’re great, make no mistake, but I think we may need to open this category up for more entries.