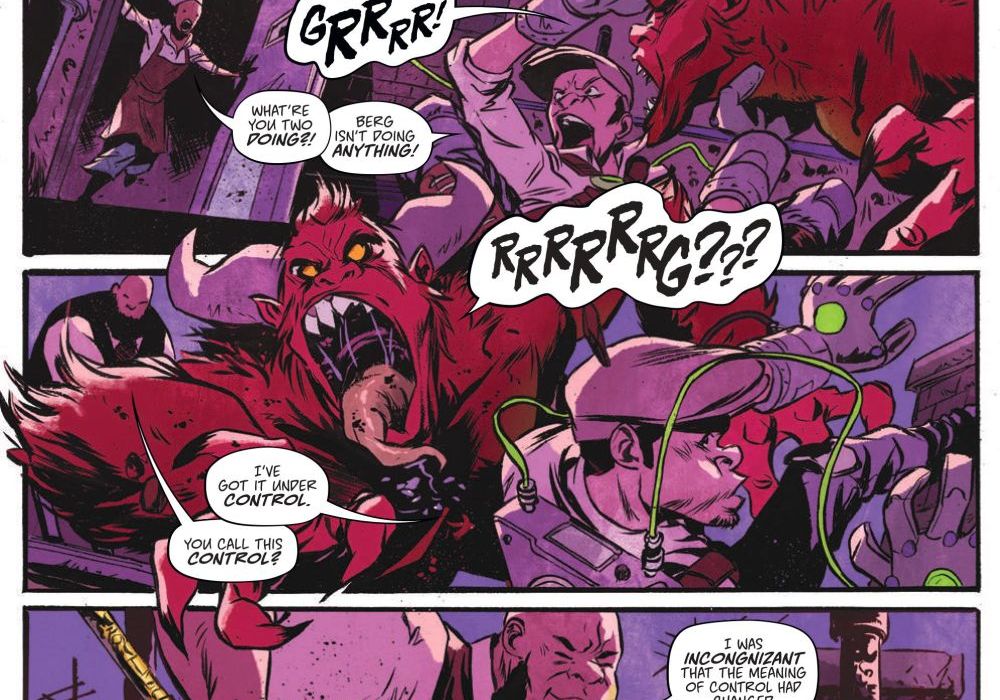 As our writers note, it can be easy to overlook lettering when considering the entire product of a comic. Yet, it is undoubtedly one of the most important elements. We want to recognize those that are taking the lettering of a comic from a perfunctory task to something that attempts to integrate with the art to create something unique and special. 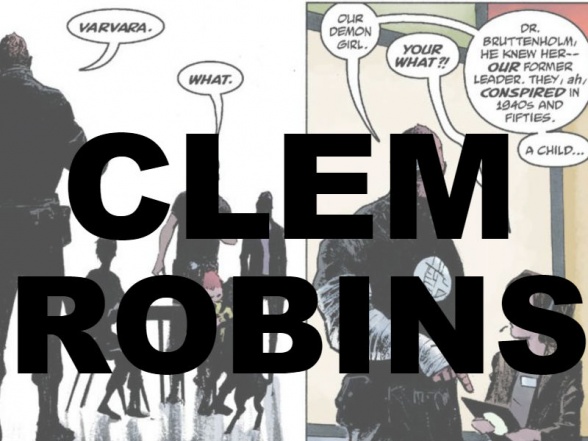 Comic book letterers are some of the most overlooked professionals in the industry, however this shouldn’t be the case. A comic book letterer, is after all, very important. They are the ones ‘telling’ the story by relaying the script to page, everything from what font is used, to a well placed speech ballon can mean everything on a comic panel.

Clem Robins, no doubt he is one of the best, his lettering in comics this year has been phenomenal. The bubble placements in works like “Joe Golem: Occult Detective—The Drowning City” for example has been executed brilliantly, handling the heavy story with ease, each speech balloon makes the reading experience easy and enjoyable. His continued work on numerous “Hellboy” related titles has also been a joy to read, he works in complete fluidity with Dave Stewart’s coloring and whichever ever guest artist is working on Mike Mignola’s masterpieces, whether that be on “B.P.R.P: The Devil You Know” working with Laurence Campbell or “Koshchei the Deathless” with Ben Stenbeck.

As stated above, it really is a profession that shouldn’t be overlooked; Robins has worked very hard to produce the work he does today and it shows, always greatly enhancing my reading experience. If you need someone who can tell a comic book story with fluidity and a smooth read, then Clem Robins is definitely the person you can rely on. – Richard Pennifold 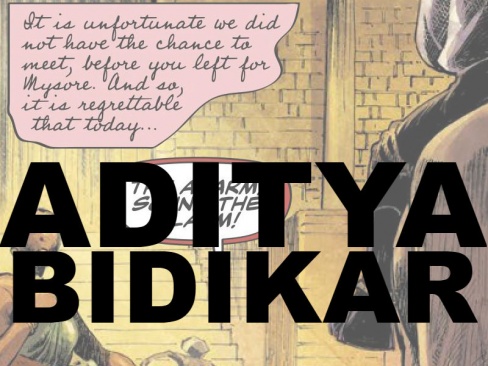 Lettering. We definitely notice it when it’s bad, hardly notice when it’s good, and don’t always take note when it elevates the pages it springs from. Aditya Bidikar is a master of lettering craft, and a name you’re going to continue to see on your favorite books for many years. Bidikar’s 2018 credits include “Assassinistas,” “Punks Not Dead,” “Paradiso,” “Isola,” “Euthanauts,” and “These Savage Shores,” just to name some highlights. Of special note is the gorgeous hand-lettering in Ram V’s stunning “Grafity’s Wall.”

Bidikar’s talents range from helping track through complex dialogue exchanges to unique hand-drawn sound effects, and the best epistolary script lettering I’ve ever seen in a comic (“These Savage Shores”). Part of what makes “Paradiso” so enjoyable to read is Bidikar’s close attention to the esoteric mood Ram V and Devmalya Pramanik work so hard to maintain. The spareness Bidikar brings to “Assasinistas” helps the book stay grounded in Gilbert Hernandez’s legendary style. And, the sound effects in “Isola” are stunning, unique and utterly seamless within the book’s gorgeous layouts. There’s no detail too small, no feeling of wasted space, and absolutely nothing that’s not considered or chosen in Bidikar’s work.

A good letterer will make sure a book is readable. A great letterer adds that ineffable and often overlooked special quality and styling to a book while making sure it’s readable. A great letterer balances the effects of the colorist and artist while adding that final touch to make a comic a beautiful and complete work. Bidikar is great, and one of this generation of professionals to watch. I look forward to a lot more unique typefaces, perfect amounts of padding and endlessly clever balloon details. We’ll be discussing Bidikar’s work alongside industry legends in years to come. – Christa Harader 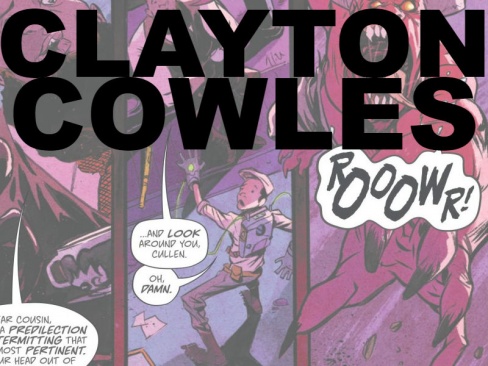 Only a select few creators have worked for as many publishers in 2018 as comics letterer Clayton Cowles has. Cowles has worked on lots of projects for Marvel, Image, and DC in 2018. Cowles even worked on some of the most important titles of the year including landmark event titles like “Heroes in Crisis.” Cowles employs a consistently great attention to detail with his work allowing for each of the many titles he contributes too to have an impressive level of quality that readers can count on. Cowles is also responsible for contributing letters to a title that is no doubt going to top lots of comics year-end lists in the form of “Mister Miracle.” The title required lots of different effects and hues on the speech balloons in the colors. The pages also required lots of dialogue and caption boxes. While Cowles may be an overlooked member of the creative team, the book would not be the same without his important contributions to “Mister Miracle.”

Some of the most stylized and expressive letterings from came from his work on “Bitter Root.” Lots of the font in the issue is italicized and serves as a departure from the conventional superhero material. The lettering on “Bitter Root” tows a fine line between being more creative while still looking pleasing and attractive to the eye. To put it simply, Cowles work in 2018 ran the gamut of publishers, characters and styles and was extremely vivid and expressive. I dare you to try and find an industry professional, more prolific, and with such a fine level of talent contributed to each published issue. – Alexander Jones

Matt: Once again, Cowles takes our top spot.  I’m happy to see Bidikar make an appearance. He lettered Gilbert Hernandez, for instance — a cartoonist who usually letters himself and therefore has the ability to build his images around the bubbles — without detracting from Hernandez’s general weirdness, as Christa points out. Letterers are often the final line in tying the book all together, at bringing it to life. Many have to create a rhythm and beat to the story based off art already presented to them rather than getting the chance to structure the page as a whole. That, in itself, is a remarkable skill, too.

Brian: While I don’t disagree with Matt’s overall sentiment that lettering is often better when incorporated naturally into the art, but that simply isn’t the reality of most comics today, even many OGNs and book that avoid the monthly grind. I think that, given the bulk of comics we read being created this way, it is only fair to celebrate those that are doing good work within those confines, and I think these three are among the best working today.