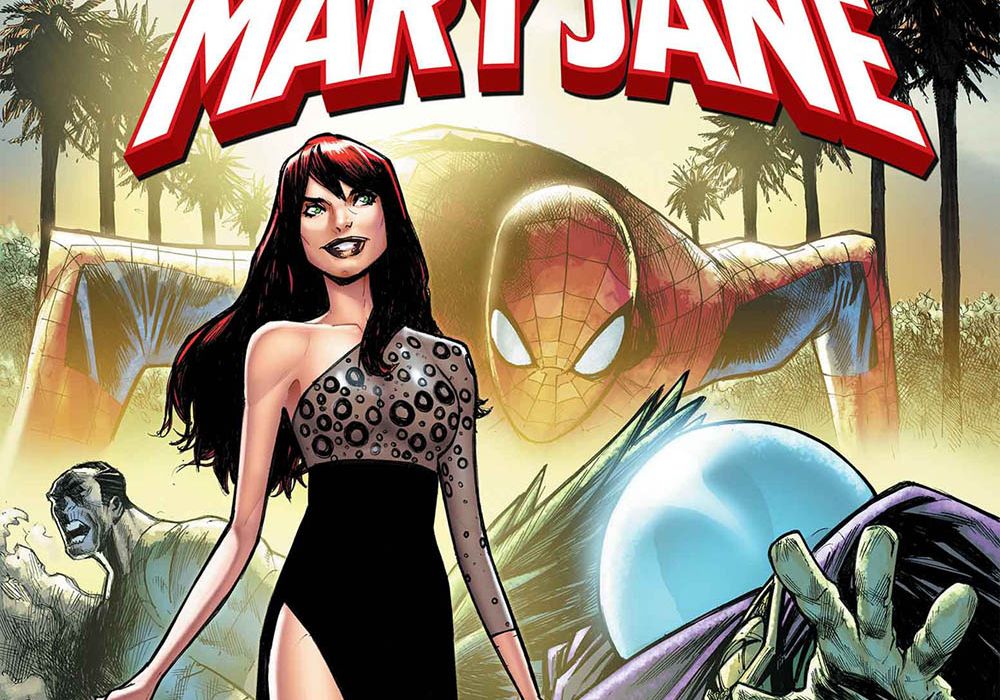 The ‘breakout’ categories in our Year in Review always prove to be the most contentious. This is, mostly, due to the title itself being a bit amorphous. Our criteria, more or less comes down to three things: doing regular work for a notable publisher for 3ish years or less, no major award nominations yet, and/or not known primarily for comics work. We think that all three of these writers had amazing 2019s, and we can’t wait to see what is next for them.

Emma Vieceli might be a surprising choice for Breakout Writer for those comic book fans who know her name. She is most notable for her work as a penciler, colorist, inker, and letterer across a wide array of titles. She’s worked with nearly every major publisher creating art for varied titles like “Young Avengers,” “Adventures of Supergirl,” “Doctor Who,” and “Ghostbusters.” While having her hand in so many different works, both big and small, Vieceli could, more or less, be considered an indie creator. Or at the very least, a mostly unknown one.

When it comes to her career as an author, she has only written on four comics in the last eleven years with 2018’s “Life is Strange” being her first foray into writing an on-going series. For those unfamiliar with the series, it is a sequel to 2015’s Playstation 4 game of the same name. The comic is the continuing story of Max Caulfield, a girl who discovers she can alter time and events with her mind. The game is an emotional juggernaut to say the least and Vieceli’s dialogue and plotting on this series are not only great in their own right, she captures the voices of the game characters and also introduces additional side characters that have a mind and life of their own. She tells us this new story in four-issue arcs and it is an incredible achievement. What could have been a throw-away miniseries based on a cult video game is so much bigger and better than it has any right to be. It is still going with no sign of stopping, and it hasn’t lost any of its power.

Being able to take on the level of complexity and emotional reverence from an already excellent interactive narrative, she is able to give us a story that we have no control over, and yet we are completely connected to and moved by. Her ability to make the leap in storytelling mediums seem so effortless while being truly great is something so few have been able to achieve and she does it with stride. This is why Emma Vieceli is my choice for 2019’s Breakout Writer. She is one to look out for and it’s easy to say that she needs to write as much and as often as she can. – Christopher Egan 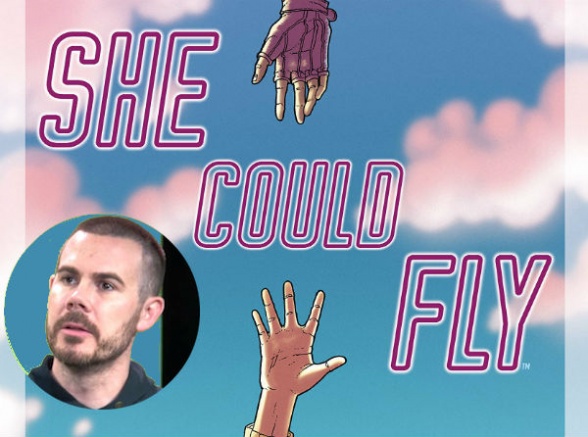 Christopher Cantwell, of Halt and Catch Fire fame, entered the medium at the end of last year with “She Could Fly.” While this put him on my radar, 2019 saw his star ascendant, with a sophomore season of “She Could Fly” aptly titled, “The Lost Pilot,” a brand new Berger Book “Everything,” reviving “The Mask” in a brutal and topical manner while also getting two gigs over at Marvel, one of which is on the good Doctor Doom.

To say he is becoming a name to watch out for would be an understatement.

Cantwell’s books all challenge the reader in different ways and it all seems so effortless. He channels people, in all their variety, and presents them as is, in ways that are haunting in their familiarity.

“Doom” once again asks us to be in Victor’s shoes, having grown and fallen from his time as Iron Man, bringing the kind of pathos needed for a compelling Doom story without diminishing his pride, power, and arrogance. Taking cues from TV, “She Could Fly: The Lost Pilot” and “Everything” both follow multiple concurrent threads and people, jumping in space with little exposition, letting the art and the people and the slow unraveling and restitching of their psyches drive us forwards.“Everything” is also a surreal exploration of modern consumerism and the hollowing out of American culture by Mall-esque entities, Amazon being a digital equivalent while “The Lost Pilot” is the continuation of a journey and a stark portrayal of mental illness that is harrowing because it gives form to what is usually just thought.

“The Mask” is fucked up in ways I can’t even begin to describe. . .which is exactly the tone of the series.

What I’m driving at is: Cantwell knows people. He knows what makes them tick, what makes them hate themselves, what drives them to be good/bad/indifferent towards each other. They remain at the center of these stories so, even as the world around them buckles beneath their feet, we have a tether in them. This makes his works connect in ways that many other writers don’t and while the high concept aspects might not always work, the characters do. They are beautiful and horrible and messed-up, just like you and me. – Elias Rosner 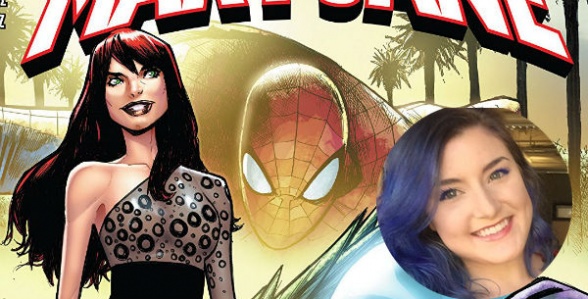 With a lot of breakout talent, it’s difficult to pinpoint the moment they hit the big time. Not so with Leah Williams. Her moment came on Halloween of 2018, when she published two Marvel one-shots that immediately turned heads: “What If? Magik” and “X-Men Black: Emma Frost.” Both were part of larger miniseries, but Williams’ contributions are still the most talked about aspects of each. Williams was having her moment, and it was crucial that she didn’t throw away her shot in 2019. She is our number one pick for breakout writer of the year, so you can see how well that has gone.

For Williams, it is all about the strong voice she brings to every project she takes on- especially important in the world of corporate superhero periodicals. “X-Tremists” was easily the best part of ‘Age of X-Man,’ with a romance at the center between Betsy Braddock (who was Psylocke at the time) and the Blob. I kid you not, that was the most heartfelt romance I’ve read in a comic in years, and instantly elevated both characters to A-list status in my eyes. That’s incredible. Williams also took on a “Gwenpool” series, a miniseries about men who grow really big in “War of the Realms: Giant-Man,” and an ongoing Hollywood farce in “Amazing Mary Jane.”

You’ll recognize Williams’ style immediately if you were on Tumblr in the early 2010s. It’s open, it’s irreverent, it is extremely online. Internet memes and superhero comics are actually kind of similar, they both iterate on what came before honing the main idea until it loses itself in a recursive loop, and then finds itself on the other side, referencing the reference. It’s the kind of thing my dad would look at and say, “if these people are so smart, why are they wasting their time with stupid jokes like this?” And that’s a deeper question, but Williams answers that question. Those “stupid jokes” are honing craft and style, and when you give that sort of genius a shot, that turn out books like “Gwenpool Strikes Back.” I suspect we’re going to be seeing more and more comic writers with origins in online fandom and if Williams is anything to go by, we are entering into an exciting decade, with Williams leading the way for the new style.