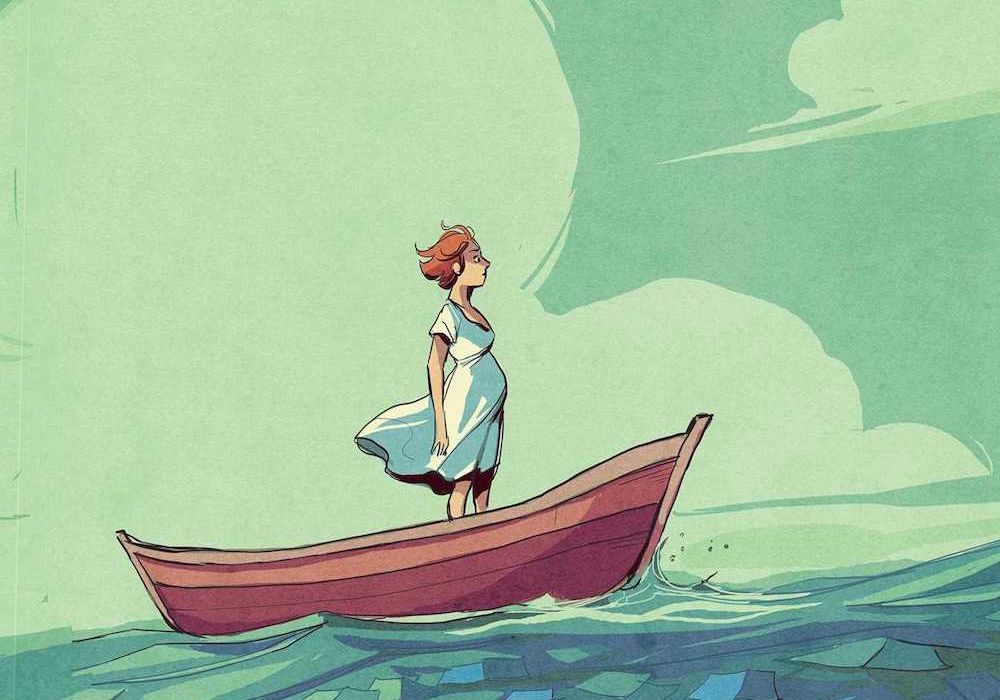 Over the past couple of years, we’ve tried to broaden our scope to cover more than just American comics, and specifically, give a little more coverage to manga. While manga makes up 3/5 of our selections in this category, it’s nice to see our staff reading a diverse set of comics from all over the world.

There are only so many stories in the world and, despite publicists everywhere saying otherwise, only so many ways to tell them. Sometimes a story sounds familiar because it is. All that is to say, a comic about an organization helping to ‘bust’ spirits sounds like something you could write out yourself, and nail most of the details without every reading the comic.

But that is why “Mitama Security: Spirit Busters” is different. There are a number of aspects to the story – the ghosts aren’t harmful! The one being haunted doesn’t mind! – that separate it from similar stories. But the biggest difference is the charm that Tsurun Hatomune brings to the story. The artwork is joyful and full of spunk, and everyone in the stories is well intentioned. This may not make for great long term conflict, but week to week, it is one of the most satisfying comics I read. – Brian Salvatore 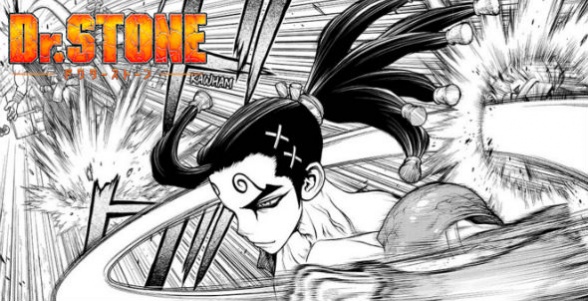 Earlier in the run of “Doctor Stone,” I predicted that the series had the potential to become another shonen great. Now that the anime adaptation is a big hit, I feel like my prediction has come to pass.

However, the series’ success was by all accounts a team effort. Riichiro Inagaki had the vision to make a shonen manga about science – one where characters battle with wits and work hard to progress through scientific history to reach an equivalent of modern technology. Then he filled it with diverse, entertaining characters, provided compelling conflicts, and built towards uncovering the mystery of the petrification. Boichi’s stunning artwork brings it to life with amazing detailing, expressions and energy. Translator Caleb Cook maintains the great character voices and distinct personalities, while maintaining the science talk so it’s clear but scientifically accurate. Speaking of the science, all the science in the manga is checked and confirmed by science consultant Kurare to keep everything as accurate as possible.

Would the series be as engaging and consistently entertaining without any one of these people? Probably not. But what we have now is a manga that’s managed to keep the plot accelerating at an entertaining and consistent pace, consistently taking us in new directions and introducing new elements to the mix. It’s given us stone age tanks, cuisine, conspiracies, betrayals, battles, and so much more, all with a heaping helping of science. All the while, Boichi’s artwork has been nothing short of exemplary. I love the characters, I love the science, I love the twists and turns it throws at us – I love this series.

“Doctor Stone” is proof that a shonen manga doesn’t need super high power levels and volume-long fights to be great. Whether or not it reaches the acclaimed status as the “Big 3” of Shonen Jump, it absolutely has carved out a place for itself in manga history. – Robbie Pleasant 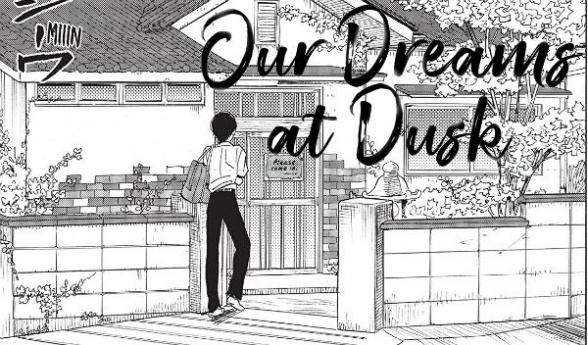 Yuhki Kamatani’s “Our Dreams at Dusk” is a stellar example that the more specific a story is, the more universally relatable it becomes. In what could have been a typical coming-out story, a teenager is involuntary outed as gay and, while contemplating suicide, comes across a group of LGBT individuals who redevelop abandoned homes. But while the story is ostensibly about identity and finding your place in the world, on a deeper level it’s about the difficulty of all human connection.

Through our cast of varying ages, gender identities, and sexual orientations, we see how opening up can be just as difficult as keeping things inside. Even with the best of intentions, characters are constantly saying the wrong things to each other without realizing it. Every time someone reveals something about themselves, they’re making themselves vulnerable to the comments and reactions of those around them. And even if those comments and reactions are well-meaning, they might not always land that way to the recipient. The scenes with the trans character in the second volume were particularly heartbreaking for all involved. Kamatani, themself both nonbinary and asexual, clearly understands the subtleties when it comes to discussing gender and sexuality, and through depicting them so accurately, makes the characters’ reactions relatable to anybody.

The visuals in the series are also second to none. Shortly after a difficult encounter involving a goldfish, there are abstract scenes where the main character is surrounded by goldfish, which later gains even greater significance as other visual metaphors are mixed in. Kamatani has mastered a balance of reality, emotionality, and the surreal.

“Our Dreams at Dusk” knows that human interaction is messy and that there are no easy answers, and Kamatani has turned that concept into an endlessly compelling and painfully relatable story. – Nicholas Palmieri

In the last few years, amid the usual wealth of translated comics from Asian manga and European BD, Fantagraphics has treated English readerships to Brazilian creator Marcelo D’Salete’s epics “Run for It” (2017) and this year’s “Angola Janga,” both translated by Andrea Rosenberg. Evocatively drawn, vast in scope, the two massive graphic histories are the fruits of over a decade’s research on the late 16th century history of D’Salete’s homeland, uncovering stories of peoples enslaved from Africa in the Dutch- and Portuguese-colonized Brazil. “Run for It” depicted their fraught journeys as fugitives, but the remarkable story of “Angola Janga” concerns their struggles and social formations as a “Kingdom of Runaway Slaves” (the book’s subtitle), a region of ex-slave mocambos that outsiders called Palmares.

This history/historical fiction in D’Salete’s telling is imbued with the kind of simultaneous humanity and complexity and wonder at the strength of their resistance that, for me as a US reader, I have found in literature like Toni Morrison’s Beloved or Ta-Nehisi Coates’ Water Dancer this year. From tales of collective and familial loyalty to devastating stories of colonizer deceits, from historically documented battles and bloodlines to imagined abstract renditions of the ineffable but indubitably true-to-life sensory experiences of slavery’s oppression, D’Salete lays out a compelling map of narratives. The black and white art, detailed and unflinching, feels lithe and tremulous, ready to spring into action and yet searching longingly for resolution. And Rosenberg’s translation from Portuguese, Eisner-winning for “Run for It,” continues to convey both the stunning poetry and spareness of D’Salete’s powerful opus. – Paul Lai

Ingrid Chabbert’s Waves represents the best in autobiographical comics. It not only helps us understand her life and the miscarriage she went through, I imagine it also helped her come to terms with this small tragedy. I reviewed this comic earlier this year, and it’s a hard comic to return to. Her life doesn’t get easier the second time around. The harsh sorrow on the subdued palette is still just as affective. Chabbert still has to rebuild her life from ruins, she still continues living, even when she doesn’t have the strength to find her way forward.

After a death, we learn that it doesn’t take much to keep up some semblance of life. Our bodies can function on autopilot as we march through the dull trenches of life, while our mind and soul repeatedly shatters, again and again, never having enough time to completely heal. For Chabbert, this was drowning.

It’s easy to use comics to illustrate the physical life, but most artists never go beyond cinema tricks to show the interior life of our heart and mind. Chabbert does this in Waves. She draws her soul on the page, and leaves the medium a better place for it.- Justin McGuire