Best Mangaka
Over the last few years, our site has been focusing more on manga, and so we thought it was appropriate to specifically highlight the mangaka. Because of the grind of manga production, as well as the language barrier, we don’t know as much about these creators as we do the makers of American comics, and so our discussion of their work feels purer, less detached or influenced by popular opinion or personality, than American creators. 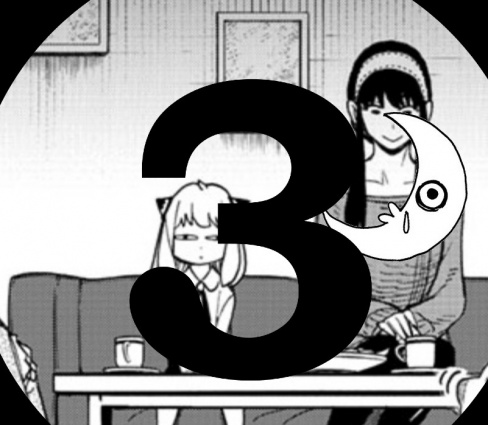 “Spy X Family” was a manga I was not expecting to love, and it’s Tatsuya Endo’s dedicated work that sold it for me. I came onto this series only this year, having only dipped my toes into a few issues here and there, but reading the full narrative has been so rewarding. Endo has particularly elevated their craft this year, expanding the universe of their comic and exploring the psyche of each cast member thoroughly.

In particular, I loved the exploration of the smaller character Damian, son of Donovan Desmond. I love that Endo was able to break out of the usual formula for a moment and almost capture that Nancy Drew-like boarding school mystery charm in the few chapters that explored Damian’s life. Endo was able to give this kid a whole bunch of swagger given his position as part of the Desmond family, yet imbued him with a lot of pathos too, that came from bearing the weight of being associated with the family. Endo’s art also continued to thrill over the course of this year, giving us the usual clean-lined brilliance but in tonnes of different settings. We’ve gone from boarding school action to underground tennis tournaments seamlessly, and Endo operates their characters with a lot of great acting that balances comedy and high drama so well.

Endo has delivered immensely on “Spy X Family” in 2021 and with an upcoming anime on the horizon, now is a great time to get on board the fun. I can’t wait to see where the series goes in the future. – Rowan Grover 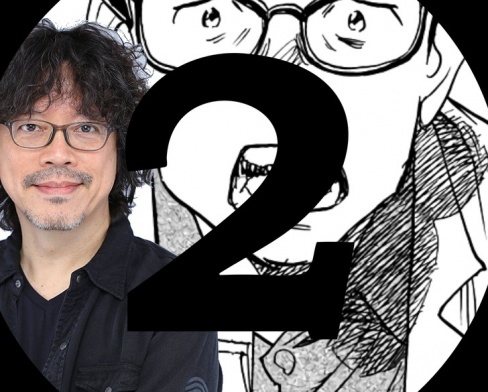 Celebrating any given year in the lifetime of a legend can feel arbitrary. Naoki Urasawa, mangaka auteur of “Monster,” “20th Century Boys,” and “Master Keaton,” had a couple English-market releases in 2020, including the acclaimed “Mujirushi: the Sign of Dreams” and the short story collection “Sneeze.” But even a year ago, with all the fast-rising manga stars and trendy new series in a quickly (and wonderfully) diversifying mainstream manga market, Urasawa had the feeling of a classic, if not a little bygone, manga name.

However, this year, Urasawa returned to brilliance with the arrival of four volumes (so far) of “Asadora!” The Viz Signature series exhibits Urasawa’s gift for layering mysteries and surprises. For the English translation market, “Asadora!” coming in such quick succession caught us on to the continued generativity and relevance of Urasawa’s command of post-war paranoia, lampooning of bureaucratic buffoonery, and championing of heroic innocents. It seems like latter-day Urasawa is combining his penchant for cinematic, dramatic psychologism with a more concise and, in many ways, more optimistic set of characterizations.

The cast of “Asadora!” circles their jets around a kaiju-sized mystery, but Urasawa is more subtly building a Jaws-like dread in the background behind a charming hero and a likable supporting web of quirky players. “Asadora!” feels like a 2000s Spielberg movie, with the confidence of a creator who has nothing left to prove, one who can’t help but produce the sheer delight of a large tale told well. – Paul Lai 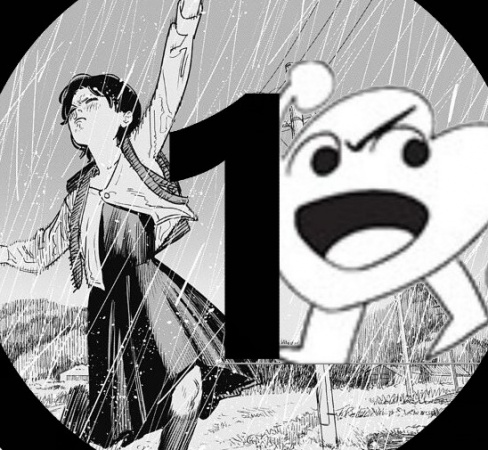 There are many superlatives that could describe Mangaka Tatsuki Fujimoto and the feelings that he gives his readers with what has been the most zany and off-the-wall shonen series in a long time. But what makes Fujimoto special is that you can really feel his personality shine through the pages of his work. He combines popular elements from many genres, as “Chainsaw Man” is a shonen manga about a boy who wants to get laid combined with a buddy demon cop element covered in gore. Lots and lots of gore. (In case you don’t know why he’s called Chainsaw Man, he literally grows a chainsaw out of his face and appendages.)

Fighting evil by cutting demons open with your chainsaw face produces a lot more gore than you might normally expect from a shonen-style manga. It is delightfully gorey and that is a key example of Fujimoto imposing his personality on the product. He is also unapologetically pervy as well, which he plays up way more than the average shonen series. For instance the first three issues find our hero Denji solely motivated by copping feels on breasts and kisses on cheeks. In fact, Denji is the archtypical boy-without-dreams protagonist, but he is so manic and energetic about it, when he gives all his energy into is sex it comes off extra pervy. Everything Fujimoto does is unapologetic, and somehow he rides the line, which is why his readers love him for it.

Some might complain about the boundaries that he likes to push, but the series has been proven to be incredibly popular because of the strength of his storytelling. It’s not just that he constantly subverts the tropes he is leaning into; his main two characters are impulsive, childish, and incredibly expressive about their feelings. Fujimoto alternates between normal drawings and ‘manga funny faces’ in what seems like every other page. And most of the time they are getting worked up over boobs or food.

Underneath this juvenile veneer there are masterful storytelling techniques used to keep you turning pages while playing with your emotions. He constantly uses visual punchlines, with the image on the turn of the page saying volumes without words. This is used for both comedic and devastating effect, such as when we watch Aki as a child spend time with his family, turn to say goodbye -only to see his entire home blown to smithereens without a word or a sound effect.

Fujimoto is also unafraid to kill characters you have deep attachments to without warning, which keeps you on the edge of your seat, so to speak.

I suppose the best way to sum up why Mangaka Tatsuki Fujimoto deserves the Mangaka of the Year Award is that while many shonen jump series can feel similar to each other, Chainsaw Man takes these familiar things and creates something inimitable. – Henry Finn