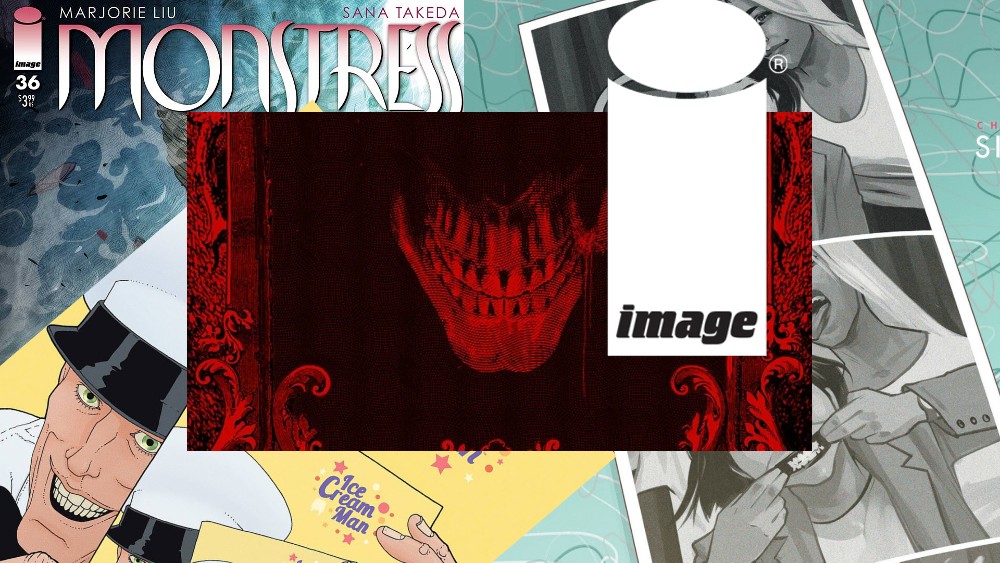 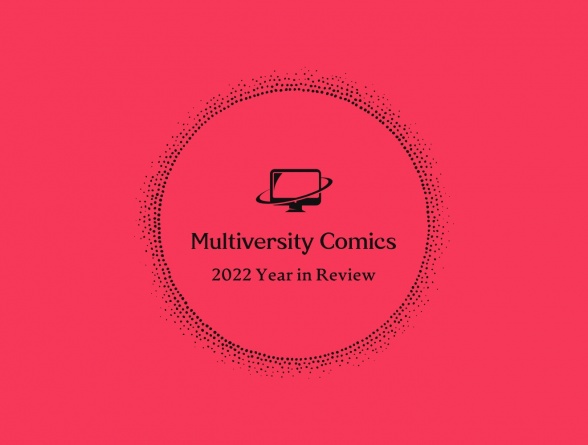 A lot of awards focus on individual creators or series. Sometimes though, it’s cool to zoom out and look at the big picture. You can tell a lot by the quality of books that come out of a particular publisher. And that quality is determined by a lot of decisions made by editors, publishers, and executives. A lot of care goes into those decisions, so every year we celebrate the companies who had the best, most exciting collection of comics overall. These are our top publishers for 2022. 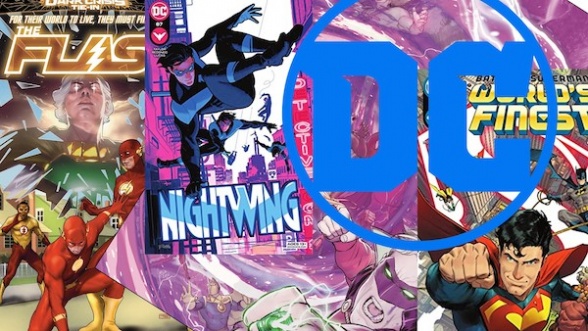 DC is now almost two years into the ‘Infinite Frontier’ status quo, and while some things, obviously, are working better than others, the DC line feels like it is moving in one direction again. While the various lines still have their own charms and status quos, the key concepts of what DC in 2022 was trying to be were there across the board. Legacy, the very idea that the New 52 attempted to snuff out, is now the primary driver for DC’s stories. “Dark Crisis on Infinite Earths” is all about the idea of restoring not the past, but the infinite possibilities of what DC’s multiverse and 80 years of stories had built. It is something that has been sorely needed at DC for years.

In addition, DC is developing one of its strongest lineup of creators in quite some time. By bringing back old friends like Mark Waid, standbys like Tom Taylor and Becky Cloonan, and developing new voices like Josie Campbell and Jeremy Adams, the line’s writing has stabilized. The art on the monthly titles, anchored by folks like Daniel Sampere, Dan Mora, and Bruno Redondo, has been elevated above where it was just a few years ago. Books worked on by the folks mentioned above, like “Batman/Superman: World’s Finest,” “The New Champion of Shazam,” “Nightwing,” and “The Flash” are doing some of the best work that DC has seen in quite some time.

But more than anything else, the monthly comics game is all about anticipation. As good as this issue is, you need to be hooked enough to get next month’s title. And right now, DC’s strength goes beyond just the 20 pages a month in front of you. DC is selling its readers on the grand vision of DC. And that vision is compelling enough to get folks to buy in.

Is there work to be done? Undoubtedly. While representation and diversity on the page has gotten better, there is still a lot of work to be done to hire more creators that represent the readership more accurately. DC’s big picture events need to be less about pushing forward a plot and more about telling a story on the page, panel by panel. But as far as the line itself goes, there’s nothing to stop DC from continuing to expand in infinite directions, and remind us that, every Wednesday, 20 pages at a time, anything is possible. 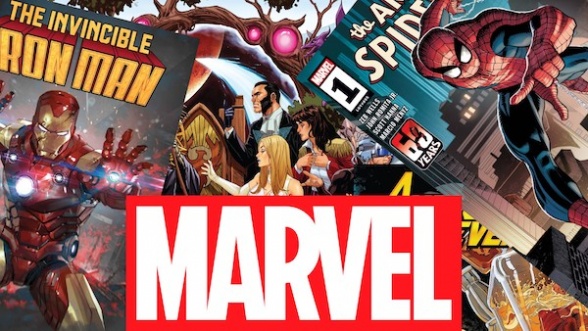 The House of Ideas had a wonderful 2022! In 2022 you can see most of Marvel’s best ongoing superhero titles in the X-Men line. The ‘Destiny of X’ initiative introduced so many solid titles in Marvel’s publishing line. In February we were to a delightful new status quo for Sabretooth in “Sabretooth” #1. “X Lives of Wolverine” and “X Deaths of Wolverine” both culminated in a massive status quo that seeded some elements of Spider-Man comics?! “Immortal X-Men” #1 published in March featured strong writing with The Quiet Council attempting to resolve sensitive political matters without causing damage to Krakoa. “X-Men Red” and “Legion of X” also launched successfully this year making the X-Men line of titles among some of the strongest in Marvel’s line of comic books.

There are so many other great titles as well in 2022! Marvel’s “The Amazing Spider-Man” comic book series set up a dark fantasy story incredibly well with the prelude material for the “Dark Web” event. Marvel even had an X-Men event this year in the form of “Judgment Day” which combined elements of Avengers, X-Men and The Eternals franchises. While I don’t think this “Judgment Day” event is perfect, it did carry some excellent characterization and moments from writer Kieron Gillen and artist Valerio Schiti. Marvel’s work on “The Venom” property this year has stretched that character into a new genre entirely. Instead of focusing on the ultra-violent nature of the character, the creative team has started diving deep into the time traveling, science-fiction world the character occupies. Elsewhere, the final moments of Marvel’s latest “Iron Man” title had carried some harsh truths that Tony Stark has been trying to bury for years. The pages of “Avengers Forever” have dreamed up so many interesting bits of lore in the Marvel Universe for the Avengers characters. Over at Marvel it feels like the publisher has more good ideas than bad ones if you take a look at most of the output in the line over the past year or so. – Alexander Jones 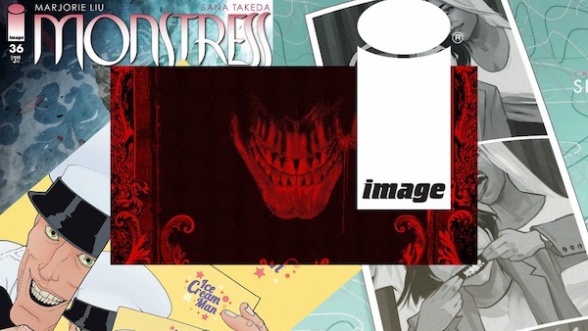 It would almost be surprising if Image hadn’t landed first place this year, with a 30th anniversary to play off, the publisher has had the chance to hit milestone after milestone, while retaining what’s kept it strong in past years.

By the end of 2019, with “Saga” on hiatus and “The Walking Dead” recently concluded, Image Comics found itself without many of the tentpole titles that had kept it so relevant through the 2010. Yet, the years following saw them only gain traction as they found more books, with different creators that helped broaden the scope of what an ‘Image Comic’ was. Now it seems like, in a year where “Saga” is back and they have this anniversary goldmine to work off, they still know how to lean into those unique titles that held them up during that period. In fact, a lot of those books are now institutions of their own like “Ice-Cream Man,” “Department of Truth,” or “Reckless.”

Between “The Closet,” “Public Domain,” and “Vanish,” we’ve also seen the first influx of Substack titles at the publisher, showing how they can stay on top of new comic markets as they emerge. We’ve also seen a bigger focus on shared universes at the publisher like the recent push for “Spawn” and whatever Geoff Johns is doing, but that has brought great successes with it like “Radiant Black” and “Bone Orchard Mythos.”

Image continues to dominate the mainstream of OGNs with titles like “The Passageway,” and “It’s Lonely at the Centre of the Earth.” There’s so many more successes to list, like the return of Kurt Busiek, or the menagerie material in “Image!,” but, the only point that really matters is that Image has more variety than any other publisher out there right now, and that’s why it keeps winning. – James Dowling 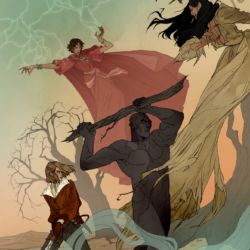 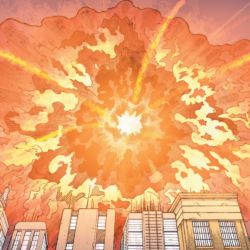