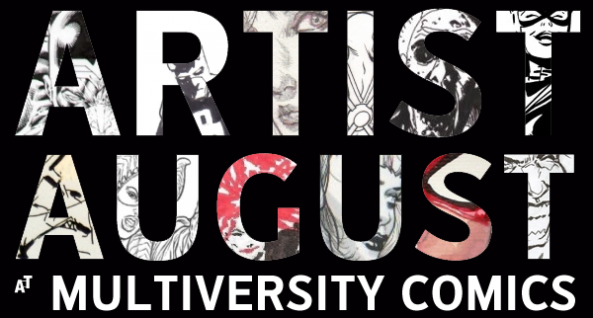 Jaime Hernandez is a cartoonist almost entirely without peer. For over thirty years he’s created comics on his own terms and in his own way. Along with his brother Gilbert, Jaime has told his stories in the pages of Love and Rockets. Sometimes semi-annually, sometimes bi-monthly, and currently annually, Jaime’s L&R contribution has been following the characters Maggie and Hopey through their lives since the comic’s inception.

Over the course of Love and Rocket’s publishing history readers have watched Jaime grow as an artist, refining his craft with every year that passes. Jaime’s current work reflects a supremely confident cartoonist. There isn’t a single line on the page that doesn’t serve its purpose, which creates the illusion of simplistic art. In reality, it is anything but. It’s actually far more difficult to lay down a few lines and use them to suggest figure or environment than it is to use rendering and cross-hatching to hide flaws. When creating art with so few lines, anything that’s wrong or out of place becomes glaringly obvious. Not only is he a fantastic artist, but he’s a hell of a story teller as well. His comics are incredibly sincere and personal, blending art and narrative to tell stories that are equal parts moving and humorous.

Jaime has had quite a varied career. In his days as a young SoCal punk he’d create flyers for some of the biggest bands of the time. He and his brother used to do spot illustrations for fanzines like Amazing Heroes and The Comics Journal. In fact, it was in the pages of TCJ that Jaime would show the world (most importantly Frank Miller) what it’d be like if Robin was a girl. Alan Moore would end up seeing his use of the 9-panel grid in the story 100 Rooms, later suggesting that Dave Gibbons give it a try for Watchmen. Hernandez would go on to produce illustrations for news magazines and novels.

The selection below is but a taste of what Jaime Hernandez is capable of as a cartoonist and illustrator. If you’ve never read his seminal Love and Rockets work, Fantagraphics has made reading the series from the beginning an easy thing to do. 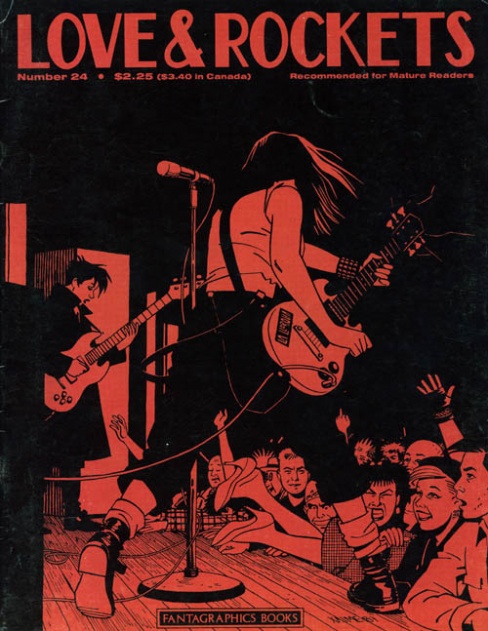 The iconic cover to Love and Rockets #24 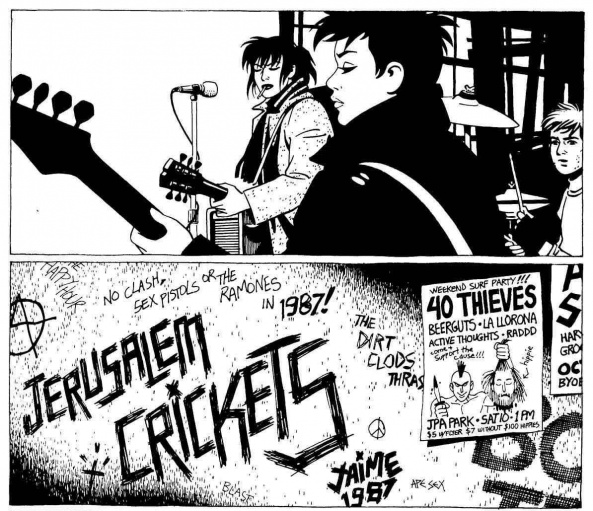 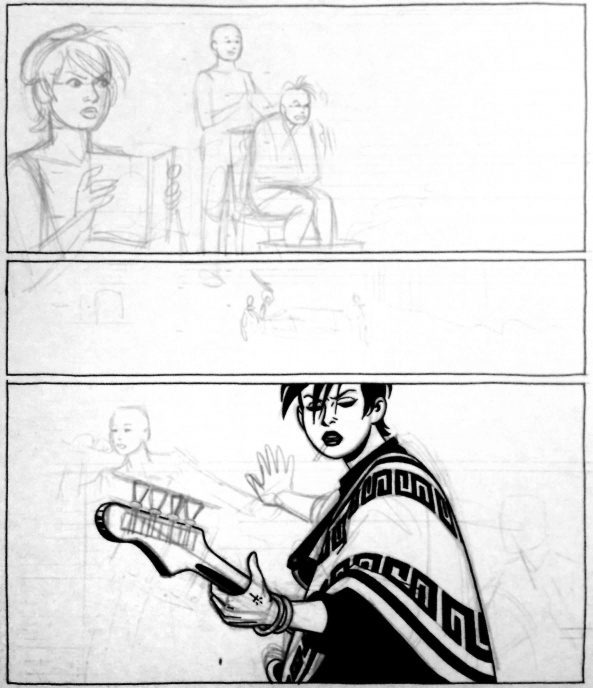 A half inked Hopey page 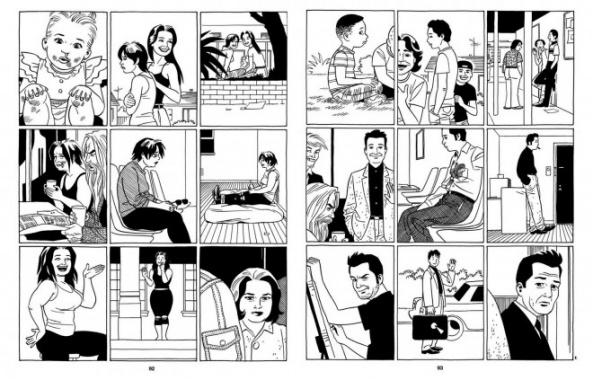 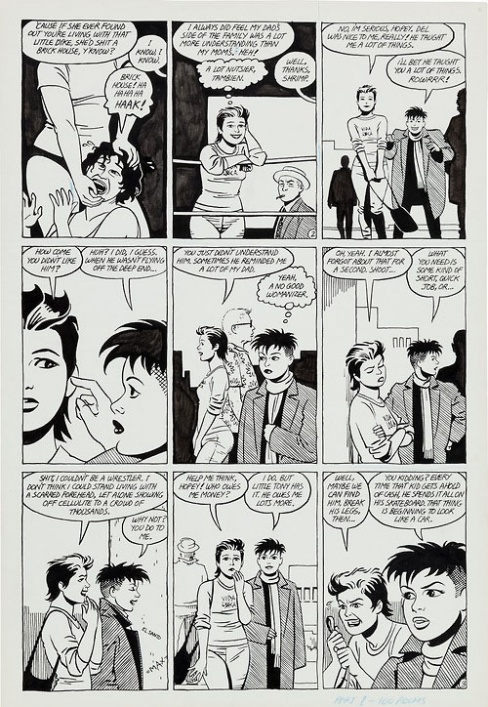 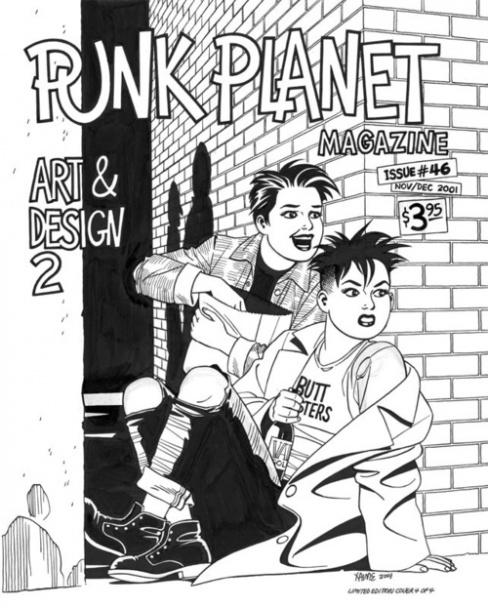 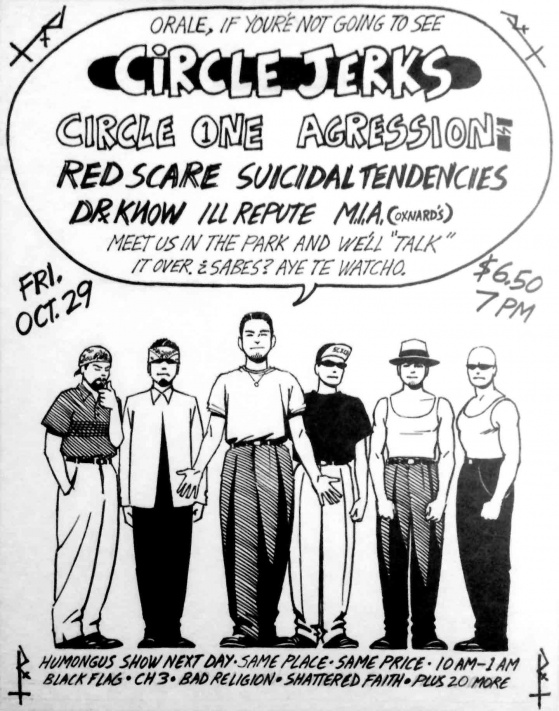 Flyer for an amazing pair of shows from 1982 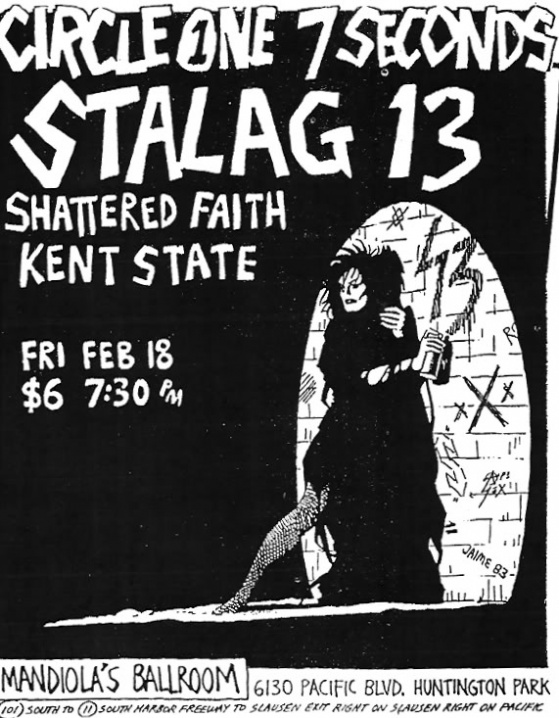 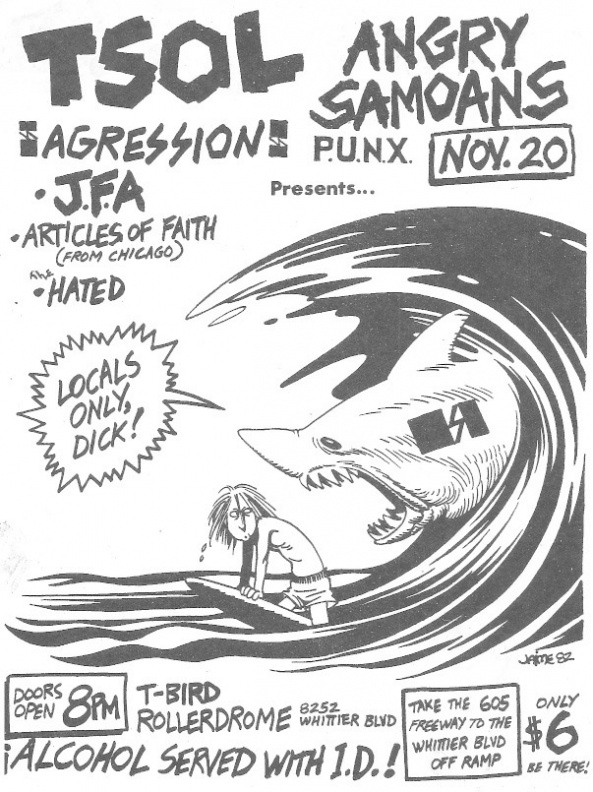 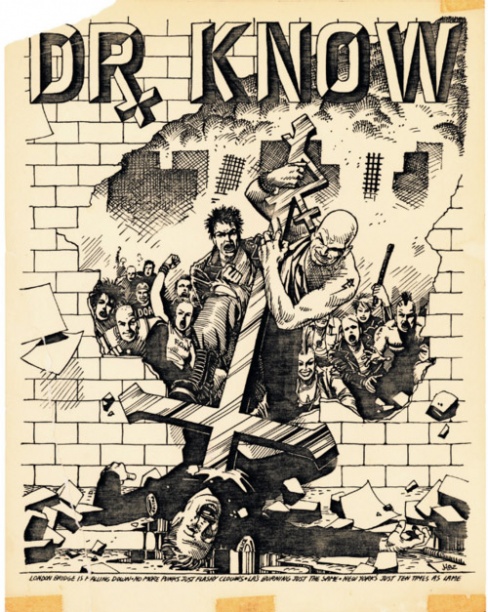 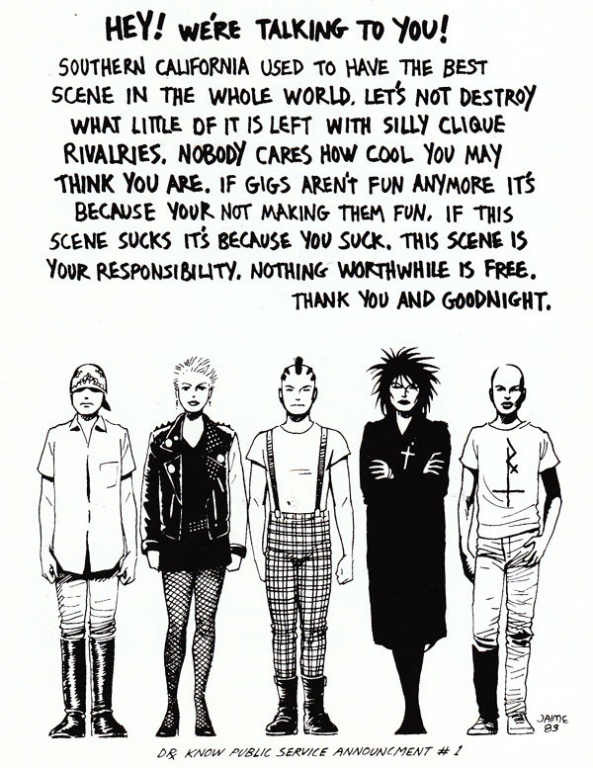 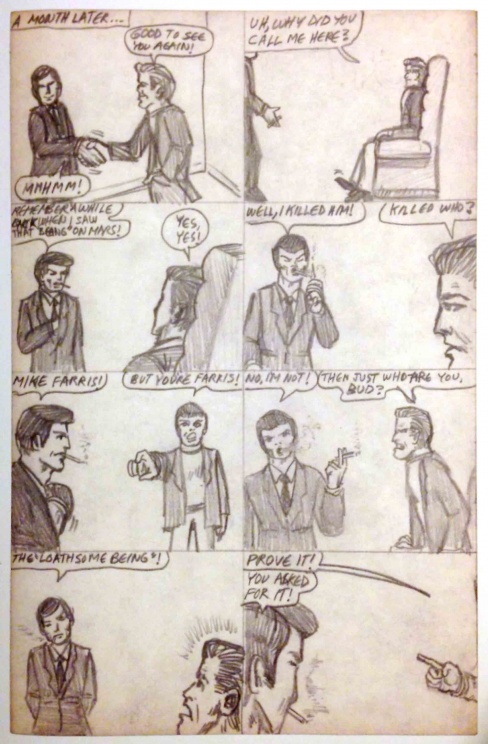 Jaime paid homage to a comic originally drawn by his older brother Gilbert. This newer Jaime version is from some time in the early 70s. 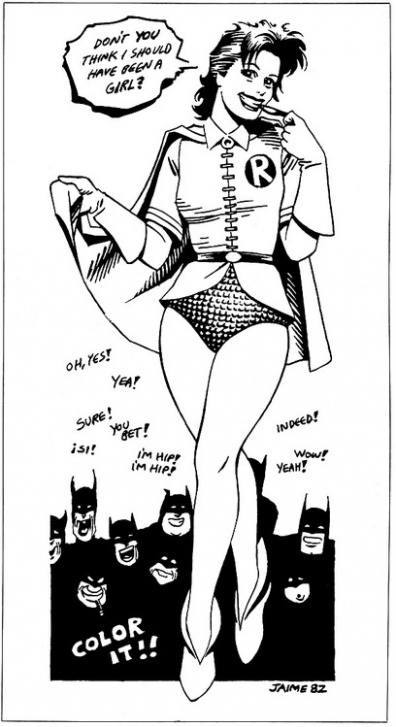 Robin as a girl? Frank Miller thought so… 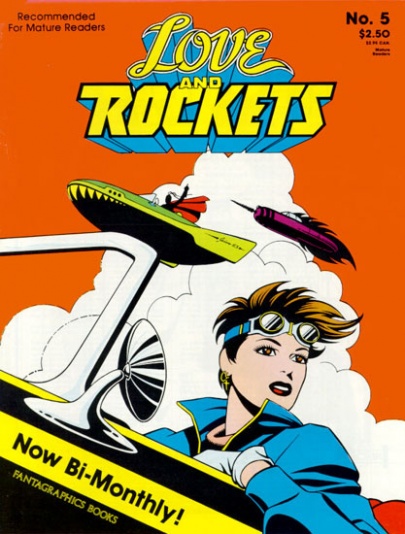 Cover to Love and Rockets #5 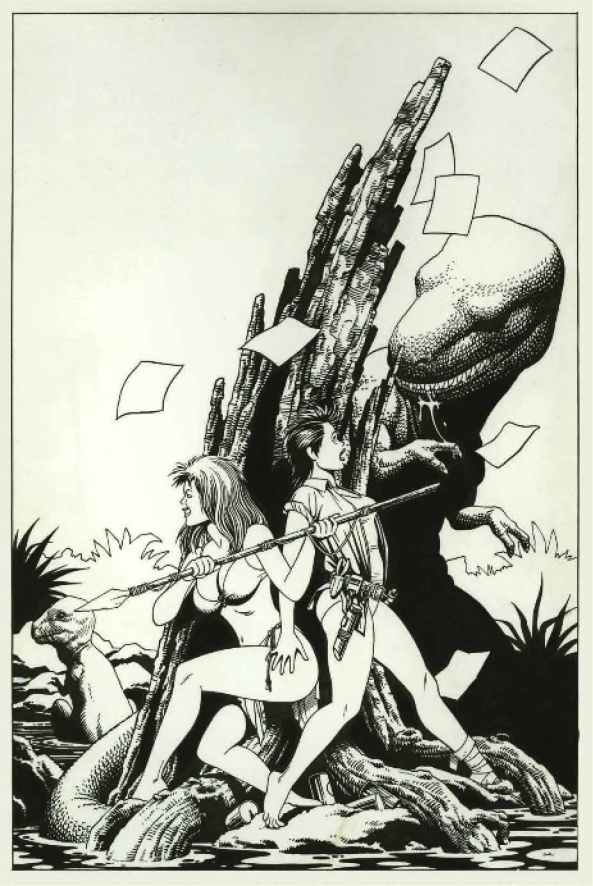 Original art for the cover to Love and Rockets #2 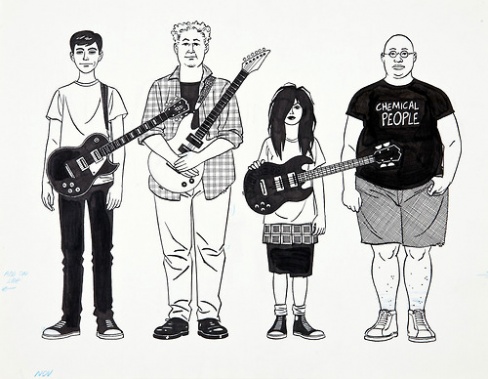 Hopey with her band, for the 1990 Love and Rockets calendar 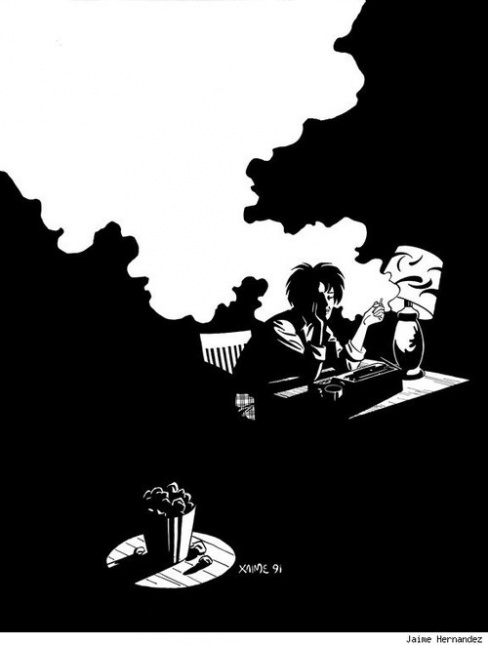 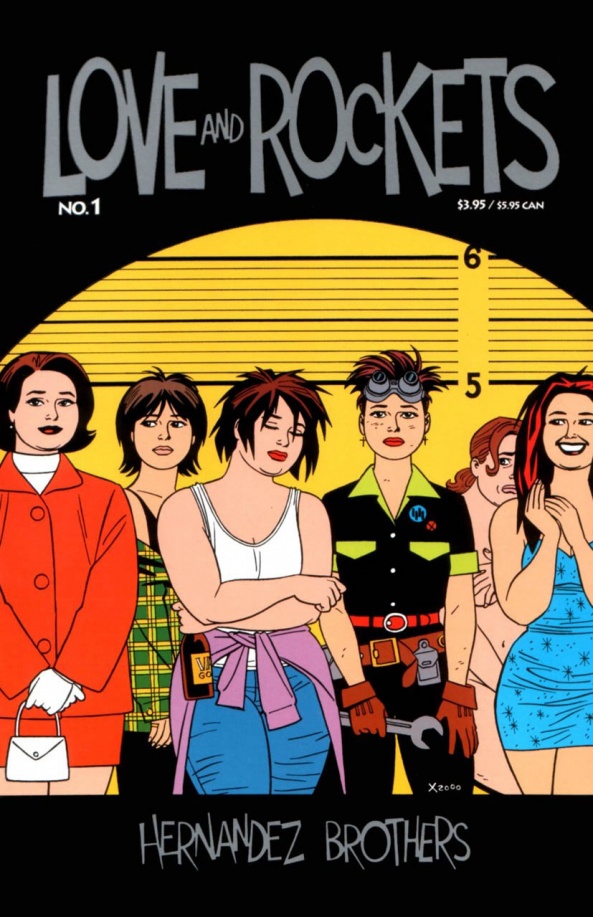 Maggie through the ages, cover to Love and Rockets vol. 2 #1 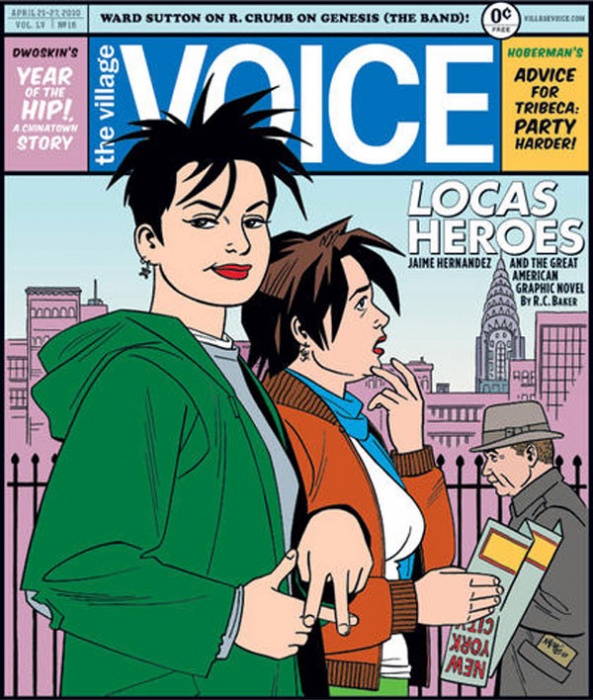 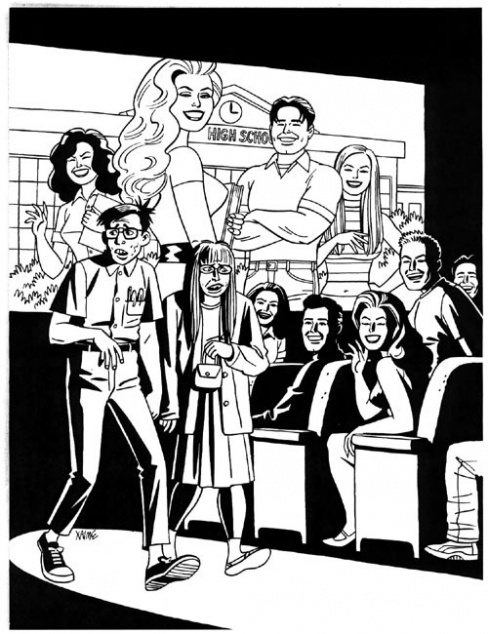 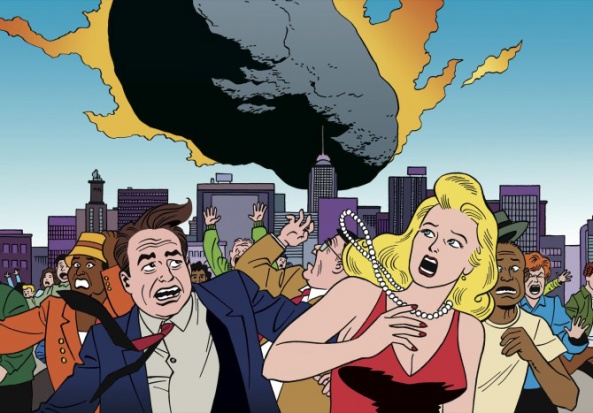 Vermin of the Sky, Illustration for The New Yorker 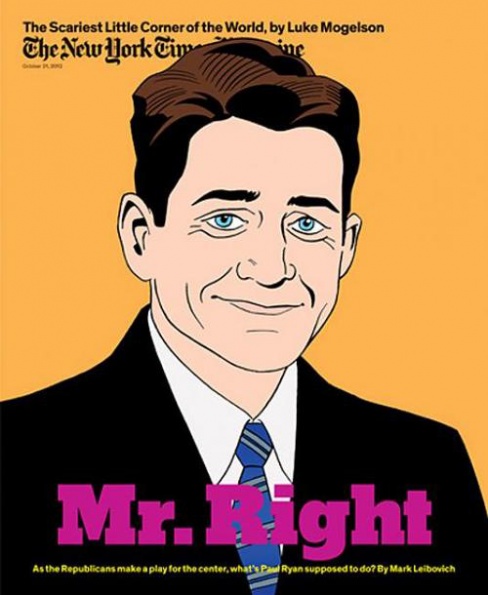 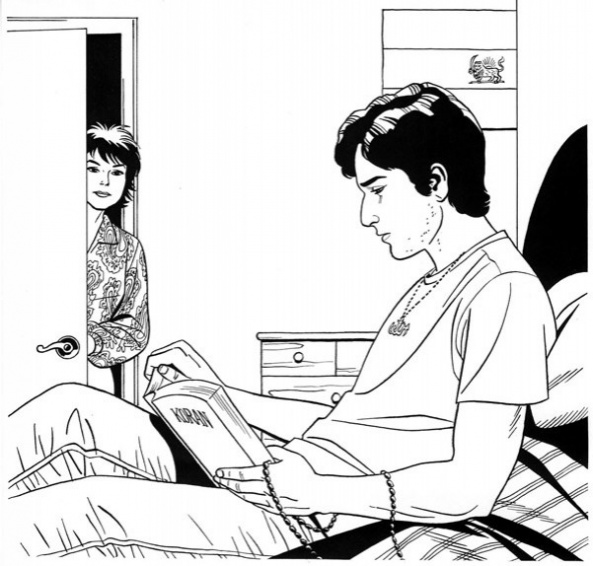 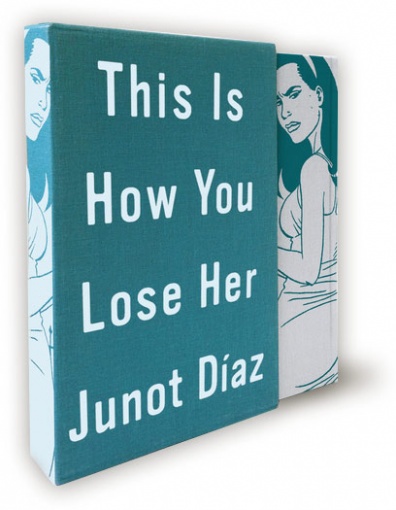 This Is How You Lose Her, a novel by Junot Diaz. Jaime provided cover, slipcase and interior illustrations for the book’s deluxe edition.