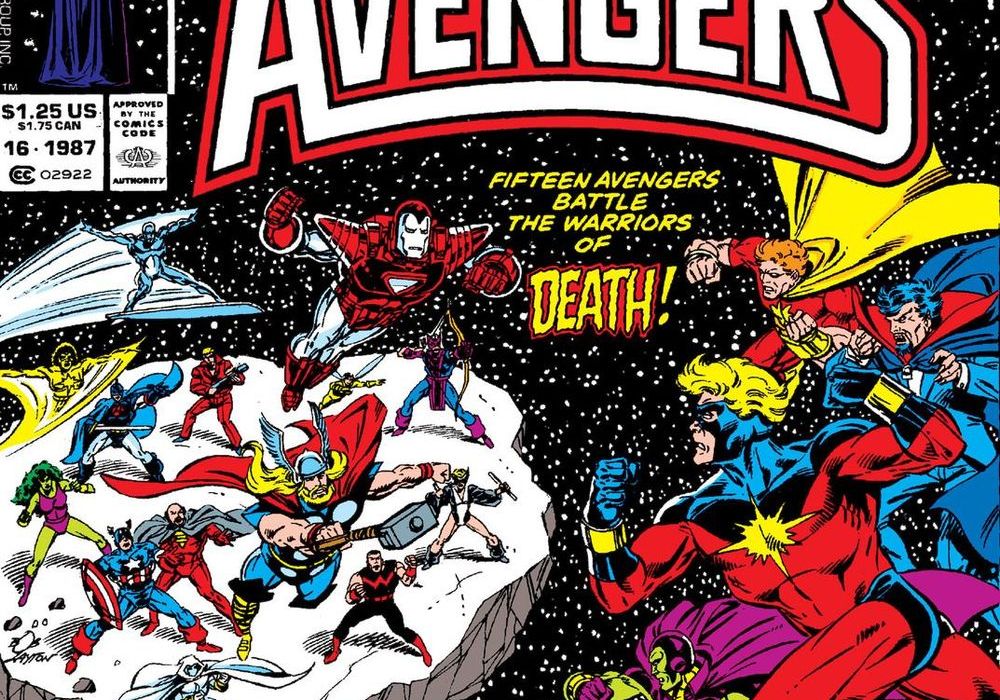 Despite the fact that it’s a reliable font of toxicity, lies, and harassment, Twitter provides a few benefits that I truly value. When something insane happens in the world of comics, you can watch fans reacting in real time across Twitter. When Captain America becomes a Nazi or when Thor can’t pick up his hammer, the eruption of outrage and hot takes is fascinating. I kind of wish Twitter would have been around in 1987 so we could have a record of how fans reacted after watching the East Coast Avengers die and the West Coast Avengers kill themselves in “West Coast Avengers Annual” #2. 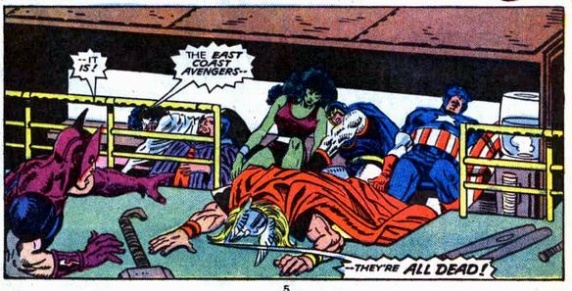 “West Coast Avengers Annual” #2 along with “Avenger Annual” #16 are an indirect kind of sequel to the 1982 “Contest of Champions” miniseries. “Content of Champions” was the inaugural standalone Marvel event comic and consisted of a competition in which the Grandmaster and Death draft teams of superheroes who are then forced to battle one another. All this to decide if the Collector is allowed to leave the Realm of the Dead. 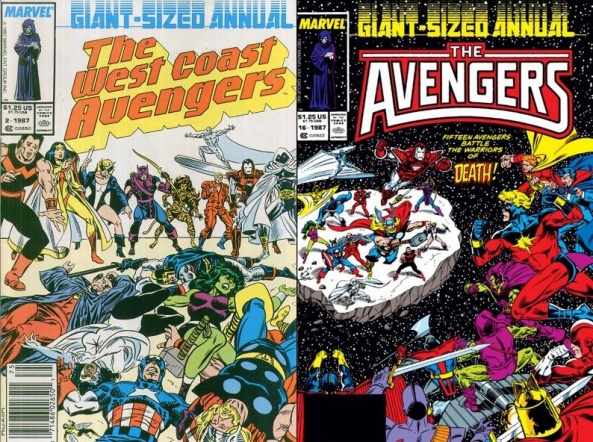 The pair of annuals I’m examining in this column feature a similarly convoluted story. If you feel motivated to read this pair of issues I urge you not to think too hard about the plot. These are supposed to be fun stories that give us a chance to watch a ton of contrived battles. The motivations for a lot of these battles are fairly unclear, and the cosmic laws that allow people to enter or exit the Realm of the Dead are very nebulous. But the gist of the story is that the East Coast Avengers are all killed by an energy ray from space, and then the West Coast Avengers drink a poison at the encouragement of the Collector in order to travel to the Realm of the Dead and bring back their East Coast counterparts. Everyone clear? Good.

The writing in “West Coast Avengers Annual” #2 is handled primarily by Steve Englehart who nicely ties the story in with the work he was doing simultaneously on “Silver Surfer.” Englehart’s return to Marvel in the second half of the 80s produced a seriously underrated batch of comics (in addition to “West Coast Avengers” and “Silver Surfer,” he wrote “The Vision and the Scarlet Witch” and “Fantastic Four” during this period). Englehart was an innovator in the way that he linked together ideas, themes, and recurring characters across the multiple titles in his corner of the Marvel universe. This integration builds on itself and rewards a writer’s loyal followers. This kind of mini-continuity within a larger shared universe has been successfully executed in recent years at Marvel by great writers like Rick Remender and Al Ewing.

The line work in “West Coast Avengers Annual” #2 is done entirely by Al Milgrom, an impressive feat considering the issue’s length (41 pages of story). Milgrom’s art is something that I’ve acquired a taste for while reading through back issues of West Coast Avengers, his work can look rushed and his panel compositions are usually straightforward, but his work can bubble with an uninhibited sense of fun and creativity. In this issue you can feel the pop-art drama when Silver Surfer crashes through a stadium roof, his Collector is a grandiose creep, and his battles are crammed with kinetic urgency. 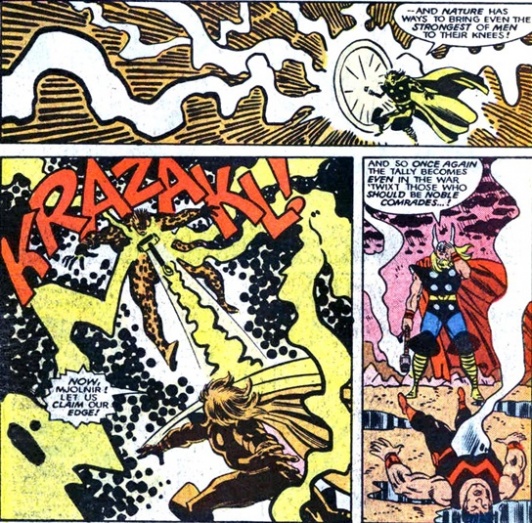 “Avengers Annual” #16 is written by Tom DeFalco and features over a dozen pencilers and inkers. Each of the various battles depicted in this issue are drawn by a separate team, resulting in a fascinating compilation of mid-80s comic art. John Romita Jr. and Bill Sienkiewicz team up for a loose, shadowy, and powerful six pages of violent battle. 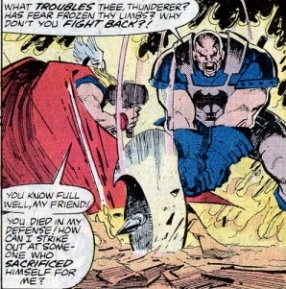 Marshall Rogers and Bob Layton contribute a cleanly rendered five page sequence of imaginative cosmic weirdness. But the artistic highlight of the issue are the pages drawn by the duo of Jackson Guice and Kevin Nowlan, who show us Dracula stalking and murdering Avengers, the death of a fifth of the Universe, and a pair of Black Knights locked in battle. 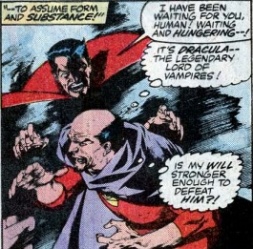 The Collector and The Grandmaster are both Elders of the Universe, a term used to describe cosmically-powerful and unthinkably ancient individuals who are defined by a particular obsession. Those obsessions are their driving force and the reason for their prolonged existence, but they are also exploitable weaknesses. When Firebird proves that she is unable to die, the Collector creepily muses that he doesn’t have an undying being in his collection. Firebird immediately fends off the Collector by threatening the fiery destruction of his precious belongings if he attempts to hold her hostage.

The fact that the Avengers maintain hope that they can triumph against demigods like the Elders of the Universe is one of the reasons I love reading Avengers comics. One of the most important scenes in Jonathan Hickman’s Avengers run features a Tony Stark who is faced with Captain America’s persistent and unconditional opposition to ethical relativity even in the face of impossible odds. Stark asks Captain America in frustration, “Why do you always have to be this way?” before ordering Doctor Strange to wipe Cap’s memory. Stark then pursues a path of ends justifying means that almost leads to the end of everything.

A permanent dedication to doing the right thing over the expedient thing is a core part of who Captain America is as a person and as a hero. The Avengers are an organization built around the leadership of Captain America, so this adherence to morality and hope is at the core of who they are as a team. I will never get tired of the optimism of a bunch of humans in costumes going up against reality-warping pretenders to godhood.

Rephrasing the sentiment of a G.K. Chesterton quote, Neil Gaiman once wrote, “Fairy tales are more than true: not because they tell us that dragons exist, but because they tell us that dragons can be beaten.” For all of their silliness, these two annuals let us watch the Avengers (with all of their faith in doing the right thing, with all of their willful obstinance in the face of bad odds) square off against monstrous beings of seemingly limitless power, and then when the heroes triumph, we all get the reminder that dragons can be beaten.

Of course, despite all of my high-minded talk of faith, hope, and ethics – the actual mechanics of the victory are somewhat less-than-noble. Hawkeye preys on the Grandmaster’s weakness – his compulsion to play games, and he bets the fate of the Universe on his ability to pull off a deceptive bit of slight-of-hand trickery. I guess we can blame that approach on Hawkeye being the leader of the slightly askew West Coast version of the Avengers. 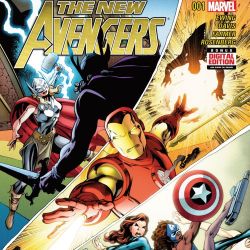 Near the end of Al Ewing’s 18-issue “New Avengers” run, Roberto da Costa (Sunspot) pulls off a rubber mask as Mission: Impossible theme music plays and we dramatically discover shocking new layers of his heroic machinations. This of course got me thinking about the Mission: Impossible franchise and its remarkable consistency. Consistency serves the franchise […] 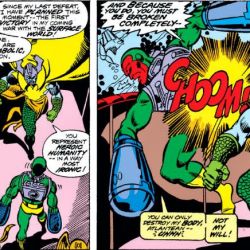 As consumers and critics of entertainment, many of us enjoy hunting for information about the creators of that entertainment. What was their intent? What symbolism, what clues, what messages did they mean to bury in their work for us to uncover? Many of us also frequently go beyond the information offered up to us. We […] 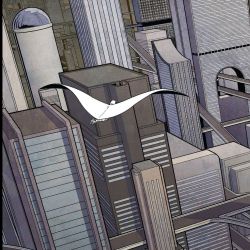 I like Avengers comics. I like Warren Ellis comics. But I like them for completely different reasons. When these two good things are combined, do they mesh perfectly like chocolate and peanut butter? Or do they create a grotesque monstrosity of two good things that don’t belong together (like sushi-flavored Oreos).Beginning in 2011, Warren Ellis […]