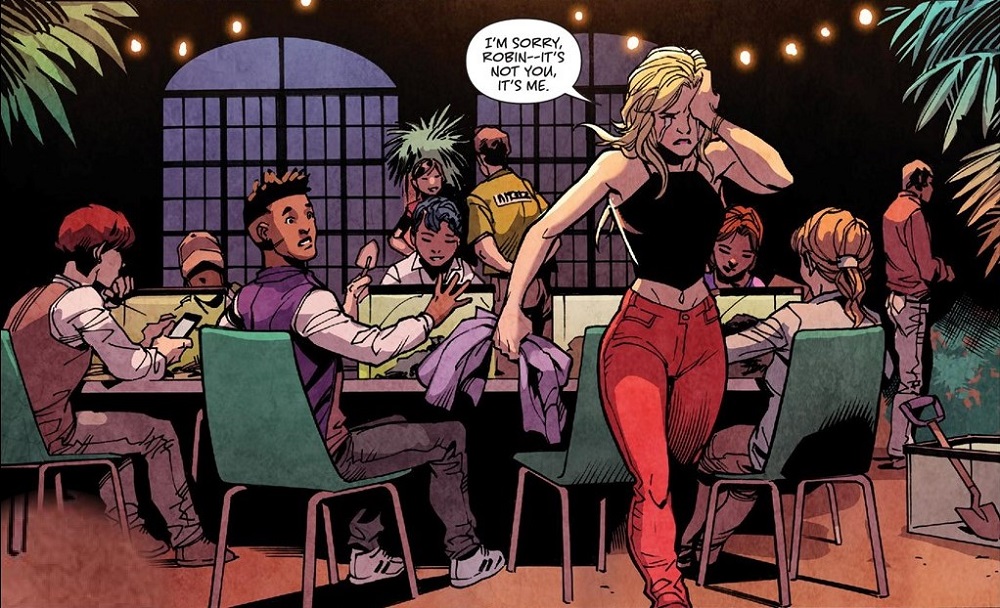 Buffy feels angst. As the vampire slayer, she feels the weight of the world on her shoulders. She dreads the future, and the part she will play in it. She feels like the mouth of Hell is opening up to devour her… and to be fair, it is. When Buffy the Vampire Slayer first aired on television in 1997, many teens found this relatable, and when I hopped on the bandwagon late in the game in my college years, I did too. That is what high school and college feel like sometimes. Maybe you’ve never had an ex who literally lost their soul, but you may have had one who figuratively did. Maybe you’ve never met a literal demon through online dating… just kidding, you absolutely have. The larger-than-life supernatural metaphors capture the very real monumental angst of young adulthood. Like all good fiction, they are surface-level-lies that reveal a deeper capital-T-Truth. 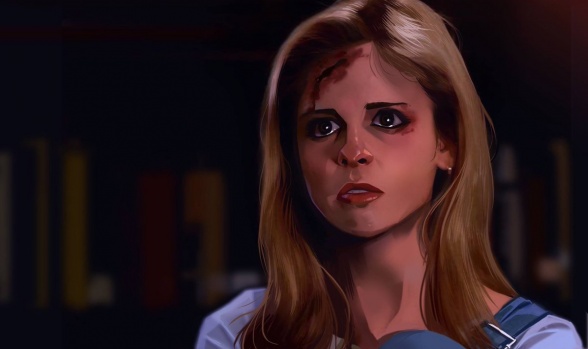 That was all very nice for me in my own young adulthood, but I’m thirty-two now, so why do these themes continue to resonate with me? Reading the rebooted comics today, as a grown ass woman, the part I feel most connected to is the angst. Remembering how it was to feel like the world was ending in high school is cute, in retrospect, but today… it does feel like the world is ending, only there are no adults assuring me that this is just a passing phase. Today my angst feels securely rooted in reality, but that’s how I felt as a teen too. Should I have outgrown angst by now? The truth is, though we often think of angst in reference to young people, angst doesn’t discriminate based on age. Angst is for everyone! Hooray! Um… I mean… hooray?

Without a doubt, apocalyptic angst is both ageless and timeless. Was there ever a decade when humanity didn’t spend a great deal of time worrying about the end of the world? Remember 2012? Y2K? The Cuban Missile Crisis? The adults who endlessly pontificated their dread surrounding these events (or non-events) probably didn’t consider themselves “angst-y” (as Buffy would say), but that’s exactly what they were. This is not to demean their angst, but rather to take seriously the angst of people of all ages. Pondering the end of humanity is one of the most human things we do. We cannot know what it’s like to not exist, how can we help but wonder what it might be like? Buffy and the Scooby Gang have had to contend with one or two apocalypses per year, perhaps we should consider ourselves lucky we only get one or two per decade.

Of course, angst is not reserved only for literal apocalypses, but also for figurative ones. Humanity itself probably won’t end in the immediate future, but the world as we knew it before 2016, or even before 2020, has already ended. If you wonder when things will “get back to normal” you’ll be left wondering that for a very long time. The world has changed, and if we’re very, very lucky, it will change again, for the better, though my own angst often has me convinced it’s all downhill from here. Between the global pandemic, the global resurgence of fascism, the global continuation of white supremacy and patriarchy, and global climate change, there’s plenty of angst to go around. If you’re not a fan of these things, it’s not childish to feel anxious and depressed; it’s logical. 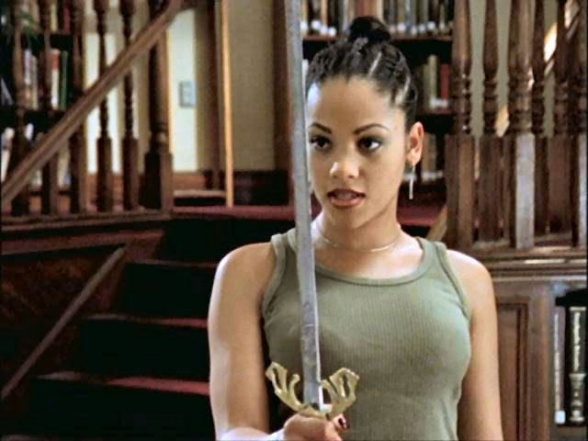 Hopefully, the way we handle our angst can mature with us. In her most recent comic iteration, when Buffy returns from the Hellmouth, her two best friends, Willow, and Xander have disappeared from her life. A new slayer, Kendra, has been activated since Buffy technically left the mortal realm. Buffy is, understandably, feeling a great deal of angst. The world didn’t end, thanks to her, but her world has ended. She’s no longer the only slayer. She no longer has her two best friends. She begins dating Robin, but finds herself pushing him away. Robin astutely observes that Buffy fears he will leave her as Willow and Xander did. No matter how many times he reassures her, she reflexively keeps her guard up, making herself lonely before anyone else has the chance to break her heart. I don’t blame Buffy for this behavior; she’s a teenager, and she’s allowed to act like one. Unfortunately, Buffy’s two-hundred-something-year-old counterpart Angel doesn’t handle his angst any better than Buffy. One might think he’d have learned this lesson in the couple of centuries he’s walked the Earth, but one would be disappointed. He treats Fred and Gunn just like Buffy treats Robin. He holds them at arms length, terrified that to let them into his heart is to open himself up to heartbreak when they inevitably leave him. Ideally, we adults with angst can conduct ourselves more maturely. We can accept that heartbreak is a part of life. We can miss our past, and we can reasonably fear our future without succumbing to outright paralysis and despair. 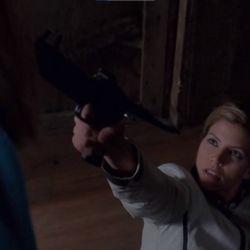 In season one of Buffy the Vampire Slayer, Cordelia is introduced to us as a villain. She seems like a typical mean girl trope. She bullies Willow. She’s self-obsessed, and materialistic. But as we get to know her better throughout the next three seasons and in Angel, we get to know her as a layered, […] 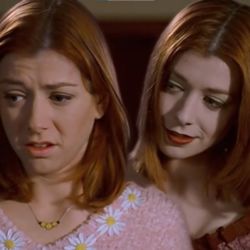 One of the many things we love about Buffy the Vampire Slayer is the way the characters evolve over time. Buffy, Willow, and Xander in particular, each grow and change drastically from teenagers in season one to young adults in season seven. Their inner growth is expressed outwardly through their fashion. While Buffy’s style has […] 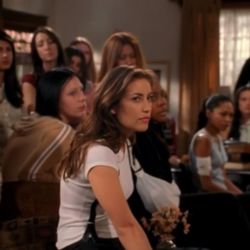 Buffyversity: Buffy One of the Vampire Slayers

It’s no coincidence that the rise of fascism in the United States coincides with the rising ubiquity of superhero movies. One doesn’t cause the other, but a singular feeling contributes to both of them: a desperate desire for one strong person to solve all of our problems. It’s easy to understand where that desire comes […]