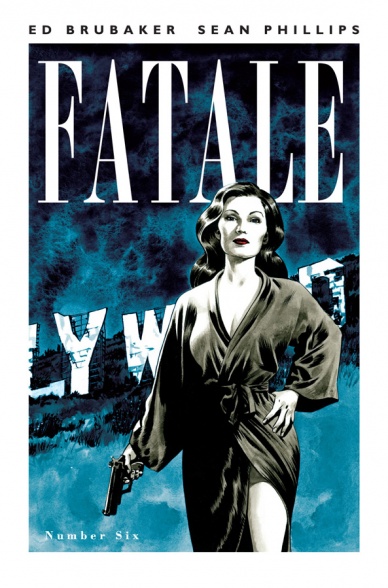 “Fatale” #21 is in stores now, the second issue of the final arc of the series. It’s one of the most intense issues of the series as we rocket towards the finale, and so today, switching back from the more esoteric and speculative past couple Casting Couches, we’re moving back into direct translations with — you guessed it — Ed Brubaker and Sean Phillips’ “Fatale.”

With this cast, we’re going to assume that (despite the image chosen as a header) we’re adapting only ‘Book One: Death Chases Me,’ the first story of the series that takes place in the 50’s and sets up everything that is to come. While the series was originally revealed as a 12-issue series, meaning a movie could potentially be the first two arcs, it seemed like it might be a bit busy to try and throw it all into one film. The first arc does such a good job of standing alone, though, while teasing for more. And so we begin with our director: 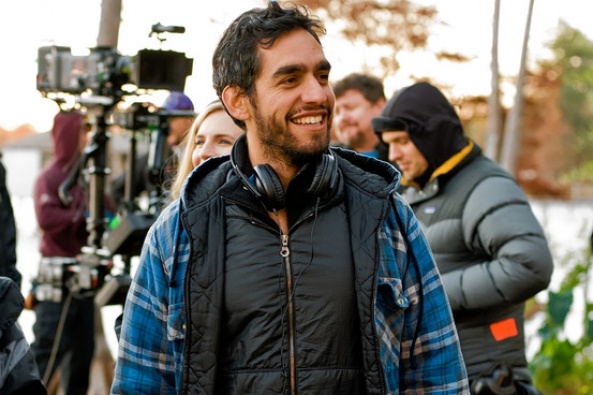 Fans of Brit Marling’s certainly know of Batmanglij, as he has collaborated with her on all of her films (Sound of My Voice, The East, Another Earth), and with these three films and their collaboration he has established himself as a fresh new voice in cinema. What’s particularly great about his films, though, is that they all play their more supernatural or larger than life aspects of their stories close to the vest; by the end of Sound of My Voice you’ll still not know what is truth and what is a lie, and I imagine most people who heard of Another Earth’s premise probably expected a more standard dual-reality sci-fi narrative.

With “Fatale,” while there is a horror/Lovecraftian element to it, the book never felt too overbearing with it. It was always a present element, something lurking in the shadows, always threatening to come out more than it actually does (and, to be fair, the monsters come out quite a bit). Batmanglij could hit that stride very well, between a supernatural horror and a noir story that spans time, and even though I didn’t cast Brit Marling in the lead I think he’d do quite well as the film’s director.

So, who is our Josephine? 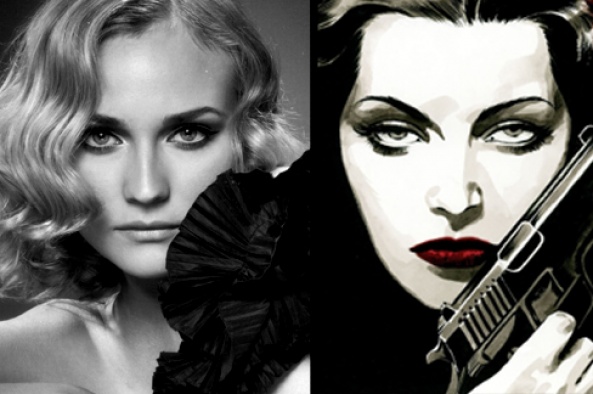 Josephine is, for all intents and purposes, the most beautiful and enticing woman in the world. Sure, part of that is supernatural; Josephine is plenty beautiful, but that which makes her deadly is a power just as much as it is the batting of her eye-lashes.

So when I cast Diane Krueger for the part, yes, I am in part saying that she is perhaps the most beautiful actress (or at least one of them). However, throughout her various roles — particularly recently, whether her scene stealing performance of Inglourious Basterds or her commanding and incredibly layered role in the Bridge — I think she’s perfect at being the pretty/deadly femme fatale of “Fatale.” Krueger has a very classic feel to her as an actress, like the women in Hollywood of yesteryear, and that timeless nature of her performances would fit very well along with Josephine’s time-spanning journey in the series. 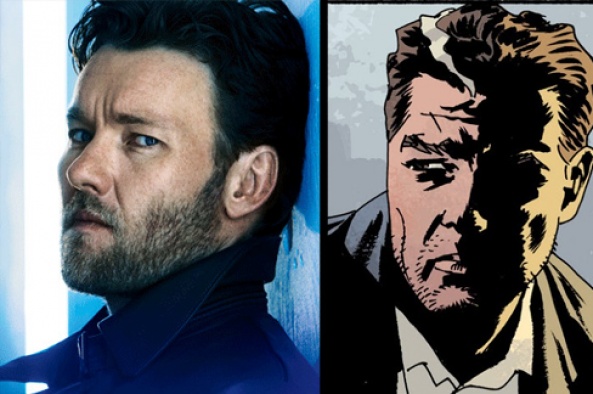 Our anchor in the present, Nicholas is the character that we are initially brought into the world of “Fatale” by. Attending a funeral that results in the discovery of a mystery that spans generations and 50 years, Lash is the one that everything essentially is pinned too. Josephine is who the world revolves around, but Lash is our eyes into that world in the first place.

Edgerton is an actor who has continuously gotten better with every role I’ve seen him, whether it’s Breandan Conlon in Warrior, his smaller role in Zero Dark Thirty or even the double-edged Tom Buchanan in The Great Gatsby. Edgerton is someone who isn’t defined by a particular archetype, someone who is certainly multi-talented and often does a wide variety of performances between different his different films. While Lash is a smaller role in the first book, I think he would make a great pairing alongside Krueger as he discovers some of the mysteries of Jo and Dominic Raines. 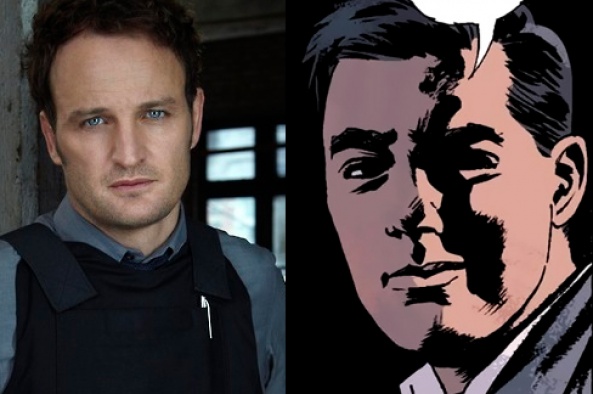 Our anchor in the past, Dominic Raines is the reporter that begins investigating Jo and the cult in the first place. While this spills over to Walt Booker in a different way, Raines is our “normal” hero, not quite the everyman but certainly the person through which we spend the most time in the dark with, even more so than Lash.

As such, I think Jason Clarke is a good match for Joel Edgerton. The two have actually appeared in films together before, such as The Great Gatsby (Clarke plays George Wilson, whose wife is sleeping with Edgerton’s Buchannan), and he even has a fairly large role in Zero Dark Thirty. However, mot would probably know Clarke from his role in the short-lived series Chicago Code, a rather underrated and short-lived cop drama that Clarke was great on. And I would imagine, if you took Clarke’s performance on that and inverted it, you’d get a great Dominic Raines — and I’d love to see Clarke give that a shot. 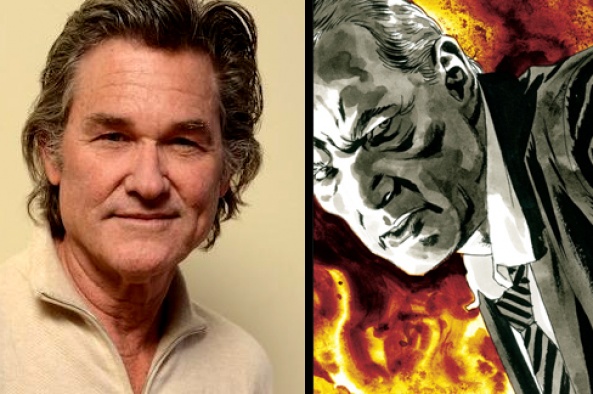 Our crooked cop and Jo’s lover, Booker is an interesting figure in the book. On some levels, he’s not a good guy (literally, not in terms of villains); he’s a touch crooked, a bit of a jerk. But he’s still one of our protagonists, someone who is going up against the cult with an unrelenting and unwavering set of determination.

As I started thinking of the different qualities that make up Booker, one actor popped up in my mind: Kurt Russell. Russell has often portrayed characters like this, anti-heroes that we still fully root for and get behind no matter what dark decisions they have to make. Russell is one of cinema’s classic “bad ass” actors, even if he wasn’t included in the Expendables, and while Booker isn’t as out there of a role as Snake Plissken was, I think throwing a trenchcoat on Russell and giving him an opportunity to solve this mystery would result in a rather dynamite performance. 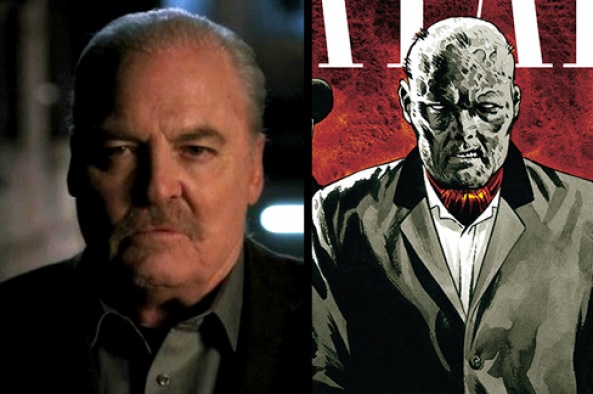 Those of you who recently saw the Academy Award nominated film Nebraska will perhaps remember the character of Ed Pegram, the friendly but manipulative friend from Woody’s past. In this role, Keach came across both as someone who you’d want to be friends with, but not someone you’d ever want to cross; if you did, the consequences would be very dire.

As the series’ Big Bad, with a particularly large presence in the first arc, I think Keach could very much inhabit the role of Bishop in a similar fashion. Bishop is a presence lurking in the shadows of the book, a man in power who also exists in a place outside of our own comprehension and reality, but whenever he appears he’s never overtly menacing; it’s an aura he gives off, a certain amount of intimidation that just comes alongside him. Keach brought that in spades in Nebraska, albeit on a much smaller scale — so imagine what he could do if he was actually a demon, instead of just a jerk? 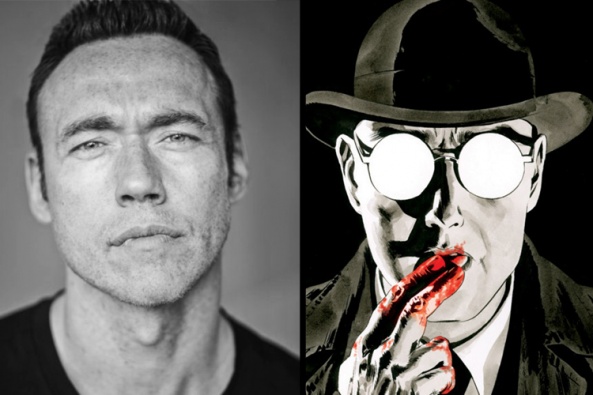 Alongside Bishop, he has a series of henchmen that all have a similar look, as if it were a uniform. While they’re different people, the thought occured that it could be interesting if the goon’s in the film were all played by the same actor; kind of like Agents in the Matrix. Since they are very much part of the cult and the supernatural aspects of the book, having one face be the basic mainstay for the film could add an interesting touch.

And while it’s a bit of typecasting, it’s the sort of role Kevin Durand is born to play. Durand has on many occasions played the villainous muscle, particularly with a recurring role on LOST. Durand certainly carries with him in his performances that attitude that goes along with muscle (not the literal tissue, but rather the hired goon kind), and I think that Durand following along behind Keach would make an interesting pairing between the young and the old, the acolyte and the master.