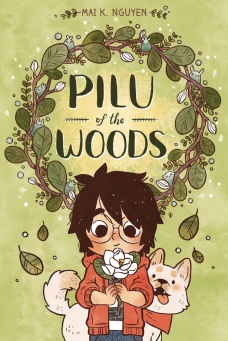 “Pilu of the Woods” ($17.99)— This one wasn’t on my radar until a preview popped up in my inbox. I went in with no expectations and found myself in the middle of a gorgeous story. Mai K. Nguyen’s tale is one that explores those dark thoughts in our minds that can grow and take over, and how repressing negative emotions may not be the best way to deal with them. There’s a lot more to it than that, but they’re things best discovered on the page. I loved this one, especially as the story sails between memory, fantasy, and manifestations of emotions, and blurring the lines between them all. 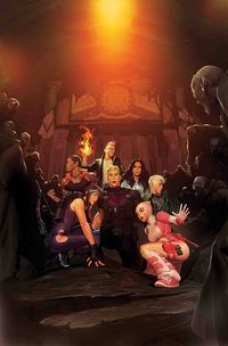 “Naomi” #4 ($3.99) – Now that all the Wonder Comics books have released a first issue, I think I can say for sure that “Naomi” is my favorite. It’s just so pure and fun and I love seeing Bendis, Walker, and Campbell keep digging deeper into the DC mythos to mine for content. They aren’t creating secret histories or giving us what “Justice League” is giving us by explaining the multiverse isn’t what we thought it was. No, we’re getting something more honest, a story about more than just the characters we’ve always known, stories that have to absolutely exist because of the nature of this continuity. I have no idea where this book is going, but I’m so excited to get there.

“War of the Realms” #2 ($4.99) – Russell Dauterman and Matt Wilson could draw a paper bag and it would be the most beautiful paper bag to ever have existed in any universe. This book is gorgeous and it’s counting down a saga that is already memorable. I just want to stare at all the pretty pictures.

“Incursion” #3 ($3.99) – There was much hype about this issue at C2E2, and we’ll be running an interview I did with Alex Paknadel about it soon before it comes out Wednesday, but suffice to say, this series is good. Doug Braithwaite is an amazing Valiant mainstay artist at this point, and Alex Paknadel is proving why he needs to be on all the books. I can’t wait for more. 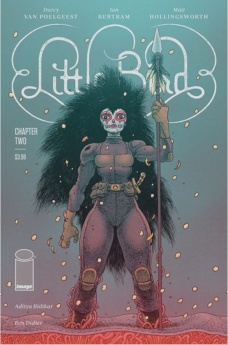 Little Bird #2 ($3.99) – I loved loved loved the first issue. Great tone and what an ending. That said this book is worth picking up for an Ian Bertram’s art alone. Anytime Ian puts out a book everyone should buy it up so he can make more and more comics. The detail people. THE DETAIL!

Mary Shelley: Monster Hunter #1 ($3.99) -.I know the trend of historical figures fights insert fictional monster might have been done a few times but Mary Shelley is such an interesting figure to me that I find myself very excited for this. Adam Glass and Olivia Cuartero-Briggs sound like they have done a good deal of research into her and how to adapt her story to their story. I love Hayden Sherman’s art. It has a very European comics look and feel which should fit perfect in this series. 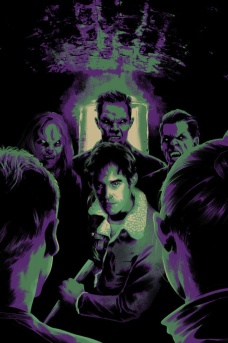 Buffy the Vampire Slayer #4 ($3.99) – It’s an issue that apparently “no fan can miss!” Regardless of how hyperbolic that may or may not be, I’m glad that this series is striking out in its own direction with the IP. As much as people may think they want it, no one wants the same thing all over again.

Assassin Nation #2 ($3.99) – It’s weird that this series is called “Assassin Nation” and not “Assassin Nation (This One is Specifically for You, Matt Lune),” because a book with Erica Henderson and Kyle Starks on it (aka two of my all-time favorite creators) seems tailor-made for me.

Mary Shelley Monster Hunter #1 ($3.99) – Any work that actively promotes just how badass and awesome Mary Shelley was is A-OK in my book, so you better believe I’ll be checking this out.

Spider-Man Life Story #2 ($3.99) – While the first issue of this series didn’t blow me away, I love the concept of a Spider-Man that ages in real time throughout the decades. As such, the premise is only going to become more prominent as each issue progresses. 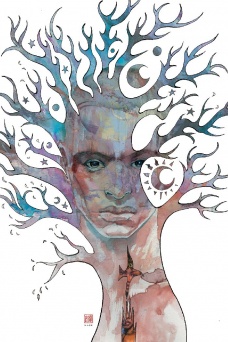 American Gods Moment of the Storm #1 ($3.99) – I just got back into the “American Gods” comics thanks to the second season of the TV series (which, it should be noted, has no connection to these comics). They both do have one thing in common: providing new context to this novel, so I’m ready for the final arc to kick off this week.

Magnificent Ms. Marvel #2 ($3.99) – A good first issue has you hooked for the second issue. A good second issue snags that hook deeper into your psyche. Let’s see if Saladin Ahmed and company can sink in that hook.

Star Wars Age of Rebellion Special #1 ($4.99) – I admit I was initially only here for this one shot for that sweet sweet Jen Bartel cover, but that Yoda story has me interested for the rest. Plus thanks to this weekend’s Star Wars celebration, I have a lot of space opera on the brain. It’s a good excuse for me to get back into the Star Wars comics. 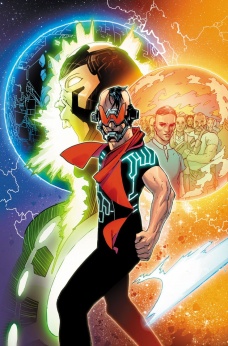 Electric Warriors #6 ($3.99) – What a nifty little trick Steve Orlando and Travel Foreman pulled off with this comic. Over the course of 6 issues, they pulled together a post-Kirby future world with remnants of the past and wove it all around an incredible intimate portrait of a handful of characters we had never met before. A lean, but emotionally muscular miniseries comes to a beautiful end.