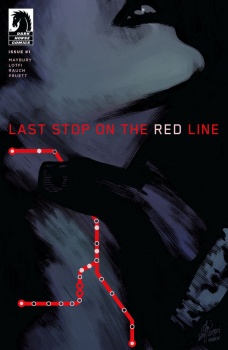 Last Stop On The Red Line #1 (3.99) – One of the books I have been most excited about dropping this year. Paul Maybury is one of my favorite artists so naturally I was really excited to see what he do on writing duities. If you are going to do a book with a great artist like Paul I have lofty expectations for the art and Sam Lofti kills it. Murder, subways, Boston, and a supernatural mystery. I am all in. I got to read a preview of it and loved it so not really its an informed pick. I also did an interview with the team if you want to know more about the series here. I hope Leo inserted the link here or this is going to be weird. Leo, did you do it? Don’t embarrass me in front of the people, Leo. LEO!!

Little Bird #3 ($3.99) – This series is *muah* a thing of beauty. A really rich and engaging story with the most interesting lore. I can’t comprehend how Ian Bertram does what he does but I just want more and more.

MCMLXXV TP ($9.99) – Collects the three issue run of the series for 10 bucks. Not a bad deal. It is by Joe Casey so it always will get a recommend from me. Another Ian I can’t get enough of is Ian MacEwan. His art really fits the tone for this book. An Ian heavy week for me. Pamela Evans is a taxi driver with an enchanted tire iron who fights monsters in the 70’s. Think Thor meets exploitation film. I wish it was an over-sized hardcover but then I doubt it would be 9.99 and fit into this made up budget. 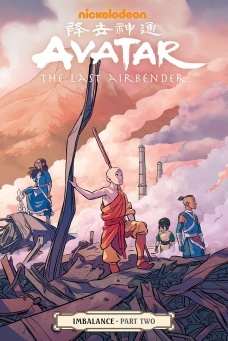 Avatar: The Last Airbender—Imbalance, Part Two ($10.99)— Can I express my enthusiasm as a GIF?

Joe Golem: Occult Detective—The Conjurors #1 ($3.99)— I recently reread the original prose novel of Joe Golem: The Drowning City, and with it fresh in my mind, I’m eager to see how the comics adaptation handles it. There’s some nice ghostly characters I’m really looking forward to seeing on the page.

Gideon Falls #13 ($3.99)— I’ve started to wait for full arcs to be complete before reading with this series, which is a good sign that I’m enjoying it, but I’m also way out of sync with these weekly CSBC columns. Assuming it hasn’t gone massively off the rails in issue #12 and #13, “Gideon Falls” is a must-get title. 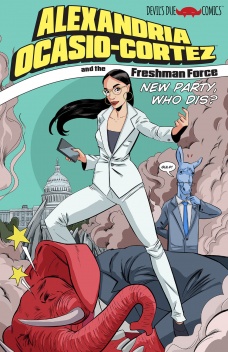 Alexandria Ocasio-Cortez And The Freshman Force New Party Who Dis ($5.99) – Although the solicit notes this as a “satire” I imagine that they will treat the rise of the freshman class in Congress that is the most diverse class in history with respect, and open a few eyes to folks on just how historic the 2018 U.S. midterm elections really were.

Planet of the Nerds #2 ($3.99) – The jocks from the 1980s become the outcasts in 2019 in this time travel adventure that has a dash of wish fulfillment for all of us on the receiving end of taunts in our formative years for our love of comics and other nerd pursuits.

Star Wars Age Of Rebellion Lando Calrissian #1 ($3.99) – Bring on the capes and Billy Dee Williams, it’s time for an adventure with the galaxy’s suavest smuggler. 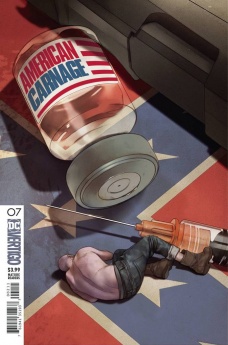 American Carnage #7 ($3.99) – I really can’t stress enough how pointed and smart this comic is. Bryan Hill (hell of a writer, seriously, everything he does is good) has crafted a spy story about race relations in America with so many layers to it that every moment, every character, and every situation resonates as based in something resembling reality. Nothing here is too outrageous to be believable, and Leandro Fernandez’s moody cartooning adds to that realism and grit. Fernandez plays with shading and oscillates between grim detail and leaving certain things to the readers’ imagination. It’s a really impressive, really impressive total package.