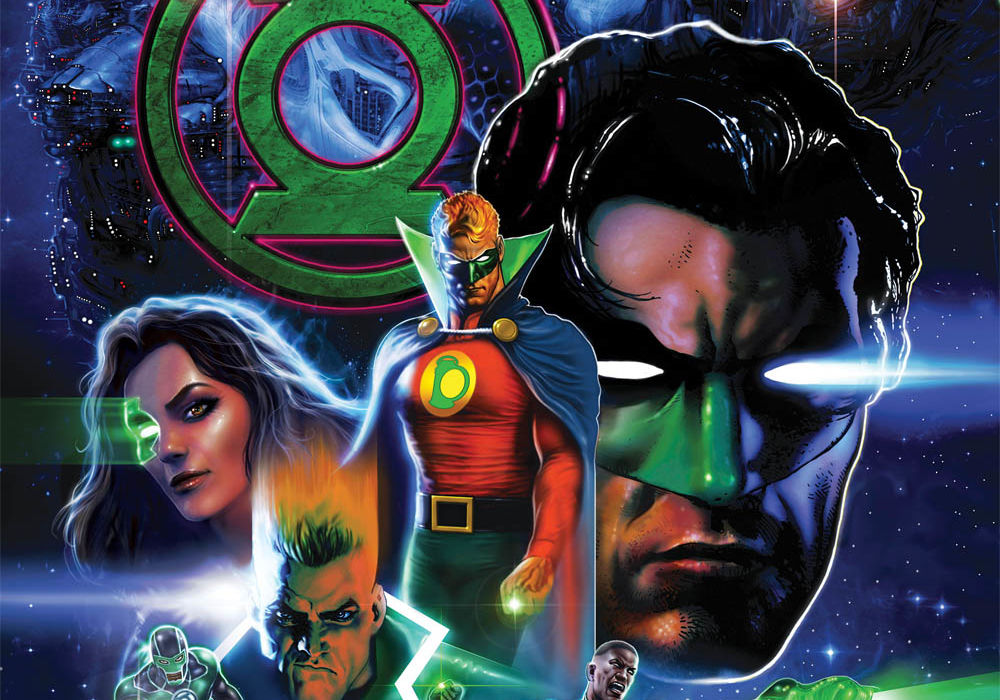 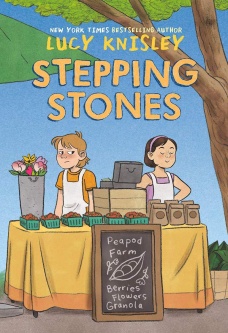 Stepping Stones ($12.99) – This week I got the notification from my local comicbook store that “ApocalyptiGirl” (a book released on March 4) had arrived. Needless to say, the pandemic has made the Comics Should Be Cheap column more abstract than usual, since I’m basically talking about books I won’t likely get to read for at least another month, though likely more. I’m also getting conflicting dates for when this is coming out. Some sites say this week, some say last month, others say next month… Oh, we live in fun times, don’t we? So for the purposes of this column, let’s just pretend that “Stepping Stones” is definitely coming out this week.

Lucy Knisley is one of my favorite creators. I’ve been hooked since “Relish.” And it’s coming from Gina Gagliano’s Random House Graphic imprint, which has had an excellent lineup of books since its launch. I’m more than happy to go in blind, confident this is going to be a great read. As I understand it, this is the first in The Peapod Farm series. This is great news for me because a series of original graphic novels is pretty much my favorite way to read comics.

Wicked Things #2 ($3.99) – Lottie Grote is a fantastic character. Every comic page she’s on is automatically better by association. Add to that this book reunites the team behind “Giant Days” and I don’t know why I even need to convince you, you should already have this on your pull list, because why wouldn’t you? 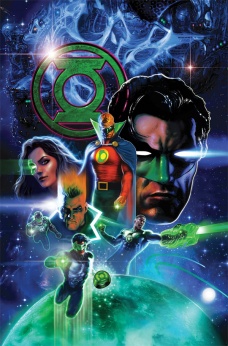 “Green Lantern 80th Anniversary 100-Page Super Spectacular” ($9.99) – I’ve generally lost interest in these oversized anniversary anthologies, even though they should offer plenty of bang for your buck, but I think the inherent diversity of the Green Lantern Corp. offers plenty of opportunities for more unique stories.

“Marvels Snapshots: Captain America” #1 ($4.99) – Mark Russell is one of my favorite comic book writers working today, and while Steve Rogers himself is not the focus of this comic, I look forward to finding out how he approaches his noble persona.

“Empyre: Avengers” #0 ($4.99) – Well, here we are at last: Al Ewing is one of Marvel’s top writers (he’s certainly one of the most versed in their mythology), and this ought to be a solid start to what should be one of the company’s superior events. 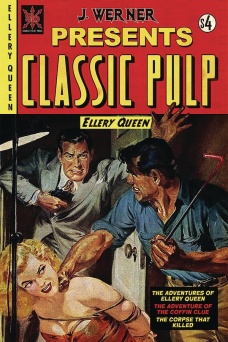 Sex Criminals #29 ($3.99) – How have Jon and Suze done quarantine? Did they do Tik Tok sex challenges? (God I hope that’s not a real thing.) Did they make a sourdough starter baby? Did they practice some of these safe sex guidelines from the NYC Department of Health? I HAVE QUESTIONS. (Also: Jen Bartel is doing the NSFW variant cover, and I can’t wait to see how much fun she has with it.)

Ash & Thorn #1 ($3.99) – Look I know lately we’re all about the Zoomers and the K-Pop army trying to save the world, but let’s pour one out for the Boomer Lottie Thorn who may or may not be ready to save the world. 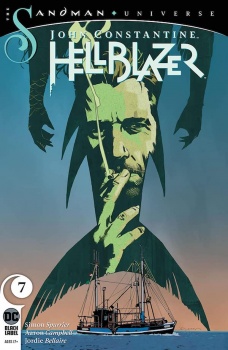 Mirka Andolfo’s Mercy #3 ($3.99) – Although “Mirka Andolfo’s Mercy” hasn’t reeled me in as fast as her other works, I still love her art and story. Granted, I feel like the true story is still hiding, so I’m looking forward to learning more about the universe. 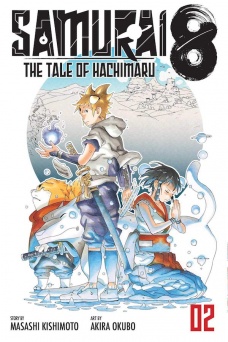 Green Lantern: 80th Anniversary 100-Page Super Spectacular#1 ($9.99) – Green Lantern is a character that I have a very fickle history with. I started with the Johns’ run when it was about halfway through, and enjoyed it well enough, but I LOVE characters like Kyle Rayner, John Stewart, and Jo Mullein. The fact that there could be so many Green Lanterns was a huge appeal to me, on top of the usual sci-fi nonsense. But I won’t lie, I’m 99% here for Sina Grace and Ramon Villalobos’ story in this anthology.

Samurai 8: The Tale Of Hachimaru vol. 2 ($9.99) – Penned by “Naruto” creator Masashi Kishimoto and drawn by one of his best backup artists, Akira Okubo, “Samurai 8” seemed like it was gonna be a huge deal! I followed it from time to time in Shonen Jump and thoroughly enjoyed the worldbuilding and art of it every time I checked in. This is worth your time if you like fluid action manga in the vein of “Naruto” with a hint of Moebius influence. 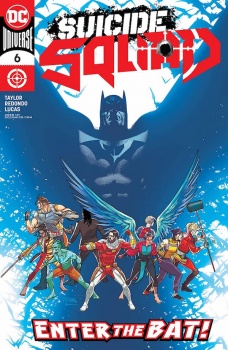 Suicide Squad #6 ($3.99) – Whether you’re currently deeply invested in what’s going on at DC Comics or you’re completely out of the loop, I highly suggest that you check out Tom Taylor & Bruno Redondo’s “Suicide Squad” run. It requires nothing from the reader going in, and in fact it might even be better if you haven’t been following any publishing news out of DC, as the new characters featured in this series will seem even fresher. Everybody in the series has a strong, accurate voice, and the art is fantastic. The characters all look great and the visual pace of the action is engrossing. Sit back, strap in, and allow this book to surprise you.

Empyre: Avengers #0 ($4.99) – Truth be told, I don’t read much Marvel that isn’t coming out of the X-Men corner of the universe, but Al Ewing’s name on the cover is a consistent mark of quality at the publisher. Pepe Larraz is also coming off of career-defining work on “House of X” and I’m excited to see what he has up his sleeves as a follow up. 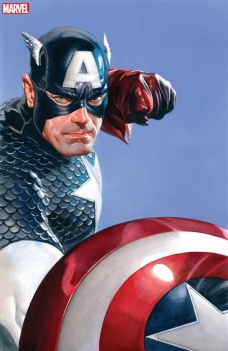 Captain American Marvels Snapshot #1 ($4.99) – Marvel bringing in writer Mark Russell to write a follow-up to the original dynamite Captain America & Falcon story “Madbomb” is a stroke of genius. Russell is no stranger to socio-political commentary, and Jack Kirby’s return to Marvel in the mid-70’s started off with the instant-classic “Madbomb,” an allegorical story of a country torn apart. I’m certainly curious to read Russell’s take, and I’ve always been a fan of artist Ramon Perez, as well. I have really high hopes for this one-shot.

That Texas Blood #1 ($3.99) – The solicit describes writer Chris Condon and artist Jacob Phillips’ story as “Paris, Texas gut-punched by No Country For Old Men,” and folks, that right there is Johnny catnip. 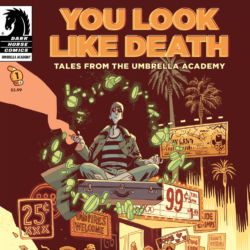 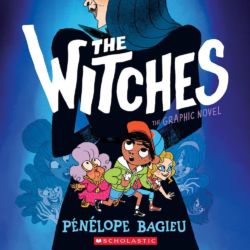 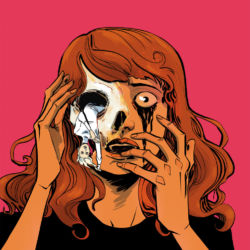