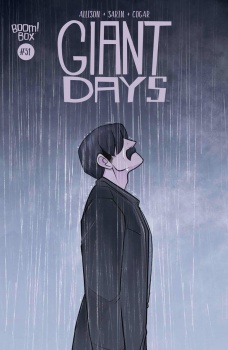 Giant Days #51 ($3.99) – The celebratory 50th issue took a tragic turn when McGraw found out in the final page that his father suddenly and unexpectedly passed away. This issue deals with the aftermath of that news, not just for McGraw, but for the entire Sheffield crew. If memory serves me correctly, this is probably the heaviest and darkest issue of the series to date – – but it tackles a reality that all of us will face sooner or later with the loss of a parent. With Father’s Day around the corner in the United States, I hope it can provide some comfort for those working through the complicated process of grief, and advice to friends and family on how to comfort their loved one facing this deep hurt.

Man-Eaters #9 ($3.99) – New arc and new artist makes it a great time to jump on the series. And also out this week is the second volume of the trade, so if you have room in the budget, why not pick up both?

Ignited #1 ($3.99) – This is Humanoids’s debut into the ongoing super powered series world, so let’s see what it has to make it stand out from the rest.

World War II Comix D-Day And The Campaign Across France #1 (#4.95) – Celebrate the 75th anniversary of D-Day with a look at the largest seaborne invasion in history. 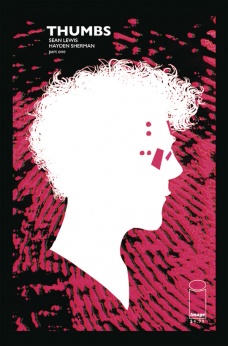 Thumbs #1 ($4.99) – The Social Network meets Blade Runner sounds like a wild premise, with a social media app influencing a generation of customers to fight in a war against the government. This sounds like the kind of story that could only come out in 2019.

Giant Days #51 ($3.99) – We only have a few precious issues left of this wonderful series, and since the milestone 50th issue ended on such a heartbreaking note, this is a must-read installment.

Buffy the Vampire Slayer #5 ($3.99) – Issue #4 proved that the creative team behind this new relaunch is not afraid to push their vision in a very different direction than the TV series. All bets are off, it would seem, so it’ll be fascinating to follow them into the uncharted waters. 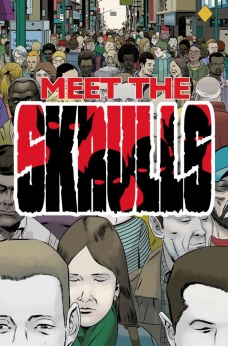 Meet the Skrulls #5 ($3.99) – Final issue! One of my favorite miniseries of the year. A family drama with espionage elements about a family of skrulls, executed even better than that great concept would suggest.

Paper Girls #29 ($3.99) – Penultimate issue! One of my favorite books but out by an all-star team. All the pieces are falling into place…

Deathstroke #44 ($3.99) – This book seems to be approaching its endgame, too. I recently caught up after falling off early last year and, wow, it’s every bit as good as you’ve heard. Quite possibly the best thing DC is putting out right now.

Giant Days #51 ($3.99) – Only a five issues left. This one’s going to be more somber than most, but maybe that will open the door to a type of humor the book hasn’t explored much.

Young Justice #6 ($3.99) – Since all my other favorite books are ending, it’s nice to have a book that’s clearly going to be around for a while. This is exactly the Young Justice book that I’ve wanted in DC’s lineup since I read the original series years ago. 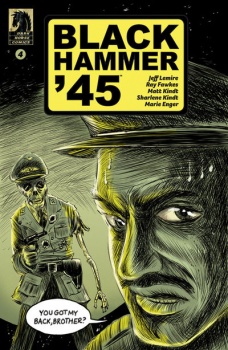 Black Hammer ’45 #4 ($3.99)— This has been a strange spin-off. Even after three issues, I’m still wondering how Hammer Hawthorne and his Black Hammer Squadron are connected to the Black Hammers of the ’70s and ’80s. I’m beginning to suspect it may be a tale for another spin-off.

Shadow Roads #8 ($3.99)— As much as I enjoyed the issues illustrated by Brian Hurtt, I’m eager to see A.C. Zamudio back. Her art in the first arc defined this series for me, being close enough to “The Sixth Gun” that I could feel the connection, but different enough that “Shadow Roads” was its own thing.

Beasts of Burden: The Presence of Others #2 ($3.99)— Jill Thompson hands over the artistic reins to Benjamin Dewey. It feels like the end of an era… but also the exciting dawn of a new one. I won’t say anything about the actual plot of this issue except that it left me genuinely shocked. I look forward to more soon.

Paper Girls #29 ($3.99)— The penultimate issue… and I literally just realized the covers of the final five issues are a tribute to the first five, bringing it all back to where it began. 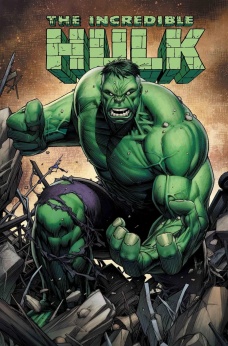 Thumbs #1 (3.99) -I had been really excited about this series. This is the same team behind “The Few” also from Image which I loved. I think Hayden Sherman is doing some amazing work in comics and “Thumbs” might be his best work yet.

Incredible Hulk Last Call #1($4.99) – It is Peter David writing Hulk. Peter David is usually a pretty good bet but doing the Hulk specifically is worth a buy. Dale Keown is doing the art who also did some issues with Peter David on his great Hulk run.

DCeased #2(3.99) – Ok, so I picked issue #1 when it came out last month and aside from the insane James Harren pages I did not really enjoy it. So why pick #2? I have no idea but I have to read it. It is so weird that this exists that I will keep reading it. Why is this a thing? 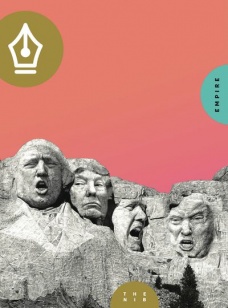 The Nib #2 ($14.95) – I feel like I need to give a little more love to some of my favorite cartoonists at The Nib, who just so happen to have a socio-political bent. Obviously your mileage will vary in that regard, but I hope you at least give them a glance. They’re doing vital, sharp, and thoughtful work – and sometimes it’s terribly funny. If nothing else, this issue features the story Dr. Bronner, the guy who makes those hippy dippy soap products where the labels are just covered in Kipling poems and humanist poems about nature and shit. Surely that will be entertaining and informative.