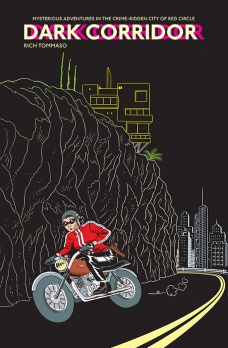 Dark Corridor #1 ($3.99) — It’s an Image crime book, so it’s already got a slot in this week’s roster by default. Also, it has a full-color art style reminiscent of Dan Clowes. And, instead of one story, there’s actually two. So “Dark Corridor” is actually more like a one-creator crime anthology. Yeah, this bad boy’s staying on my pull list for a long time to come.

Airboy #3 ($2.99) — So we can all agree that James Robinson screwed up bad last issue, right? The execution of comic booking in that issue was top-notch, but one of the messages it contained was painful to many readers, as unintentional as that was to the creators. So I understand if you aren’t onboard with this miniseries anymore after that. But their apology felt genuine to me, and Robinson has a history of being inclusive to rarely seen groups in his other comics (like “Starman”), so they get the benefit of the doubt here. Plus, like I said, the book has been really well-crafted; Greg Hinkle should be name-checked in comics conversations at a much-higher art echelon after people see his work here.

Age of Reptiles: Ancient Egyptians #3 ($3.99) — Don’t let the title fool you; you’re not going to get dinosaurs and Egyptians duking it out. Which I wouldn’t mind seeing in some other comic if it was done in that ‘don’t think too hard about it or it all falls apart’ style of The Mummy or something like that, but again, that’s not this comic. This comic has Ricardo Delgado cartooning the living hell out of a wordless story involving real dinosaurs. If you’re missing Stephen Bissette’s “Tyrant” comic like I am, or thought that the Jurassic Park movies were too much of a stretch, then sink your teeth into this comic. Colorful, well-researched, impeccably drawn dino storytelling right here.

Humans #7 ($2.99) — I really, really, REALLY want to use a horrible pun and say things go completely ape-shit in this issue, but that would be so distracting (although completely true) as to put you off from picking up the issue, which is the last thing I want. But let me just say that Neely and Keller continue to keep pushing things further than I thought a simian biker comic could go. And I figured they could go pretty far. This issue, tho? Ape-shit.

The Fox #5 ($3.99) — Gonna round out the animal kingdom back-half of this week’s list with the latest issue in Haspiel & Waid’s new take on Archie Comics’ The Fox. He’s not actually a fox, but don’t let that distract you from picking this book up. Haspiel quirk with that Waid superhero sheen on it? The only question you should be asking yourself is what cover are you choosing. 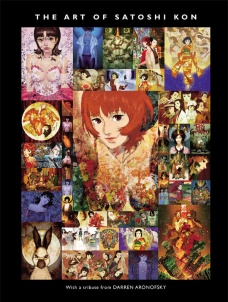 The Art of Satoshi Kon ($29.99) ― I’m just picking the one item this week, and I’m going over budget. If you’re not familiar with the work of Satoshi Kon, he’s directed several anime films (Perfect Blue, Tokyo Godfathers, Millennium Actress, and Paprika). However, this isn’t just a film art book. Satoshi Kon was also a manga artist, and this volume includes the unfinished story The Dreaming Machine and various other incomplete projects. This is the part I’m particularly looking forward to. I’m hoping there will plenty of layouts and sketches.

I love Dark Horse’s art books. They do them properly, and the books certainly aren’t slight. They’re packed, and I’ve spent hours poring over the ones in my collection already, so without having seen even a single page of this book yet, I know it’s going to be worthwhile. (I should also mention Dark Horse has previously released Satoshi Kon’s Seraphim: 266613336 Wings and OPUS, which you should definitely pick up as well if you haven’t already.) 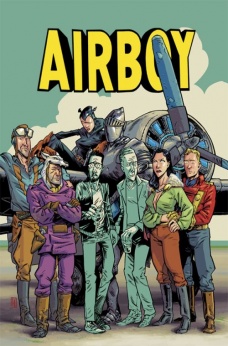 Airboy #3 ($2.99) – The first two chapters of “Airboy” were some of the most well done and enjoyable comics I’ve read all year. Writer James Robinson and artist Greg Hinkle are a matchless team. This is definitely the one to beat for best miniseries of 2015.

Midnighter #3 ($2.99) – I’m glad artist Aco is back after taking a one issue break. Steve Orlando truly loves this character and it shows in his writing. “Midnighter” is one of the best new series to come out post-“Convergence”.

The Omega Men #3 ($2.99) – Tom King and Barnaby Bagenda (who instantly became one of my favorite artists since issue one of “Omega Men”) continue telling their space opera that deserves a ton more accolades. This series needs to be flying off the shelves.

The Fade Out #8 ($3.50) – The second arc of this noir masterpiece ends with “The Fade Out” #8. Brubaker, Phillips, and Breitweiser are always a reliable team and this issue should be no exception.

Kaptara #4 ($3.50) – We’re blessed with the work of Chip Zdarsky two weeks in a row. “Sex Criminals” features his gorgeous art while “Kaptara” proves that Zdarsky is just as funny when he’s on writing duties as he is when drawing dirty pictures. Zdarsky is lucky that Kagan McLeod inventively interprets the script with hilarious and nuanced art. 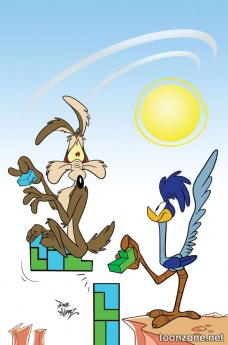 Looney Toons #226 ($2.99) – You know, sometimes you just want to read a “Looney Toons” comic. Especially one that’s centered on those Wile E. Coyote/Roadrunner antics. We could all use some gag-based situational physics-breaking humor in our lives sometimes.

8House: Arclight #2 ($2.99) – It’s still too early in this series to get a super firm grasp on what’s going on in this world, but it’s still intriguing and gorgeously delivered. Churchland and Graham promise us more blood magic and alien creatures and I’m just interested in seeing how this narrative unravels.

Kaptara #4 ($3.50) – Kagan McLeod and Chip Zdarsky are delivering a classic adventure story, and it’s become one of those books that you could probably figure out its trajectory pretty easily. But McLeod’s style and Zdarsky’s humor still combine to make a unique and entertaining read.

The Wicked + The Divine #13 ($3.50) – Tula Lotay steps in for the art this month and part of me suspects that Team WicDiv probably have something up their sleeves for issue number 13.

The Spire #2 ($3.99) – Another world-building fantasy expands this week. It’s a bit more immediate than “Arclight” but not trivially. There’s some great location work and character development all over this mystery. 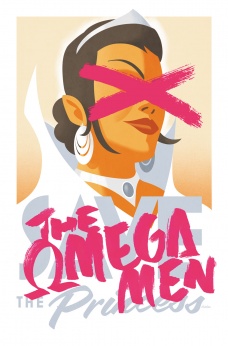 The Omega Men #3 ($2.99) – One of the really nice things about DC’s recent rejiggering is that they are creating comics that feel totally unlike anything else in their line – and “The Omega Men” is the clearest example of that. This is an incredible read on just about every level.

Airboy #3 ($2.99) – Hopefully, the controversy surrounding this book has subsided and we can get back to agreeing what a weird and fun journey this mini is.

John Flood #1 ($3.99) – The new Justin Jordan joint from BOOM! is a twist on a classic concept: what would we accomplish if we never had to sleep? The results are interesting and a fun place to start a new title.

This Damned Band #1 ($3.99) – Music comics are my jam, and I always love it when people attempt to bring musical stories to this silent medium. 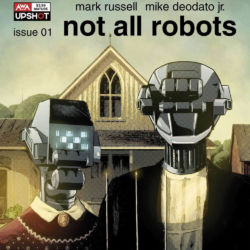 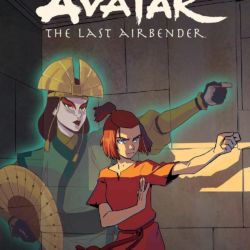 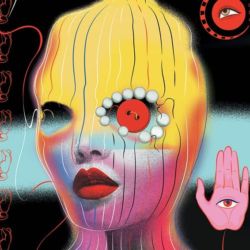