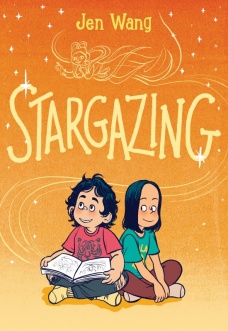 “Stargazing” ($12.99)— Did you ever read “In Real Life?” It’s a great book, written by Cory Doctorow and illustrated by Jen Wang. It was my first introduction to Jen Wang’s work and I loved it, so when “The Prince and the Dressmaker” was announced, I immediately put it in my calendar. I wanted to read it as soon as it came out. As it turns out, I wasn’t the only one that loved “The Prince and the Dressmaker” and the book won Eisners for Best Publication for Teens and Best Writer/Artist. Obviously, there’s no way I’m not picking up “Stargazing.”

“Isola” #9 ($3.99)— Maybe it’s just me, but “Isola” feels like this great book that not many people are talking about. It’s consistently excellent— though I get that for some people the pacing is on the slow side, even if for me the pacing is one of my favorite things about the book—and the art is stunning. I like behind-scenes stuff, especially over-looked finer details, and so this series is great for me. The team put together this awesome making of book and letterer Aditya Bidikar co-hosts the Letters & Lines podcast and it’s always cool to see the book coming to life on Karl Kerschl’s Instagram. It’s a comic that feels like there’s more to it than just the twenty-two pages of story in each installment.

“Trees: Three Fates” #1 ($3.99)— I’m not quite clear on whether this third arc will wrap up the “Trees” series or whether it’s simply the first part of the second half of the series. Either way, I’m glad to have the series back. 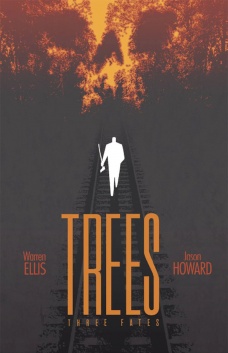 “Trees: Three Fates” #1 ($3.99)— I remember thoroughly enjoying Warren Ellis and Jason Howard’s eerie sci-fi book when it was consistently coming out a few years back, but I’ll be damned if I can remember much from the story itself. Seems like the perfect excuse to revisit those old trades.

“Gotham City Monsters” #1 ($3.99)— I love me some Steve Orlando, and I love that DC continues to let him mine the rarely used portions of the DCU. Here he cobbles a bunch together: Frankenstein & Andrew Bennett chief among them, both of whom have been seen here and there since, but are really well-regarded for being a couple of the New 52’s relatively few bright spots.

“King Thor” #1 ($3.99)— I have read every issue of every iteration of Marvel’s “Thor” and I must say that Jason Aaron’s run with the character is easily the best of all time. That run comes to an end with “King Thor” and it marks one of the crowning achievements in Marvel’s entire history. Do not let anything stop you from catching up with this. 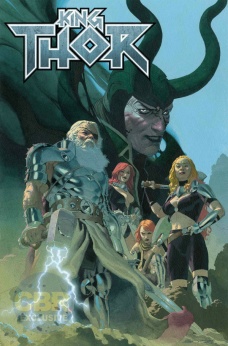 “King Thor” #1 ($3.99) – The beginning of the end of the actual end is here. I’m super into Jason Aaron and Esad Ribic reuniting, and I’ll be counting down and ready for the Thor-damned tears as we march through the four issues of this epilogue.

“Daredevil” #11 ($3.99) – She’s back… and so is Marco Checchetto! Honestly, next to the HoxPox, this is the best “serious” book Marvel has going for them right now and Chip Zdarsky and all the artists on the book are doing a fantastic job. I just love Checchetto and am glad he’s back for an arc!

“Young Justice” #8 ($3.99) – After a delay, the team is back. This book is slow-moving, but a ton of fun with a lot of good heart and jokes, and I’m glad it and all the Wonder Comics books are still around.

“Gwenpool Strikes Back” #2 ($3.99) – Leah Williams and David Baldeon made this comic a great meta debut. But like fun meta, not bad pretentious meta. I laughed way too much through the first issue and can’t imagine I won’t enjoy this one. 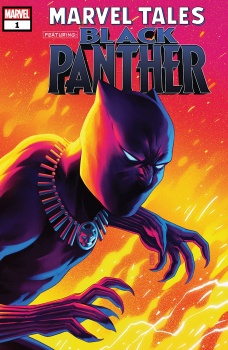 “Marvel Tales: Black Panther” #1 ($7.99) – Marvel has been putting out these “Marvel Tales” anthologies all year to celebrate their 80th anniversary. The Black Panther film had me in love with all things Wakanda, so I’m eager to dive into some further stories. Bonus: that sweet, sweet colorful Jen Bartel cover.