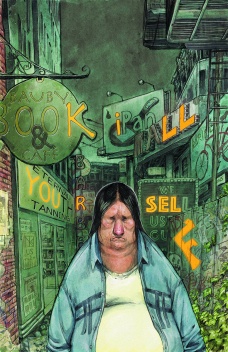 Negative Space #2 ($3.99) – I’ve read and enjoyed just about everything that Ryan K Lindsay has done, so checking out “Negative Space” was a no-brainer, especially with that Owen Gieni art. While the first issue was one of my favorite first issues of this year, this second one brings even more to the table. If nothing else, just look at that fantastic cover. That’s worth buying by itself.

Burning Fields #8 ($3.99) – “Burning Fields” has deftly mixed the war and horror genres, with Moreci, Daniel, and Lorimer creating a story that’s both incredibly human, but also just so damn creepy in many places. With this last issue, I’m sure we’re in for a treat.

Arcadia #5 ($3.99) – Paknadel and Pfeiffer have created one of the most interesting new series of the year, in my opinion, coming out of nowhere and getting on my radar in a big way. This fifth issue is supposed to be start of a new arc, which I think will lead up to the finale. If it’s as strong as the first arc, then I’m all in for it. 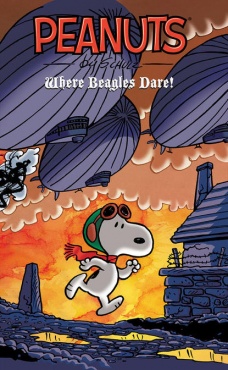 Peanuts: Where Beagles Dare OGN ($9.99) – In the vein of the Peanuts animated special, Jason Cooper and Vicki Scott bring us a tale of the World War I Flying Ace. It’s Snoopy on a flying adventure, and Boom! has traditionally had a lot of success with these OGNs, so it could be a lot of fun.

Avatar: The Last Airbender – Smoke and Shadow Part One ($10.99) – Long before he took over “Superman,” Gene Luen Yang was cutting his teeth on the “Avatar: The Last Airbender” comic series. Along with art team Gurihiru, the adventures of the Aang Gang continue, bridging the gap between “Sozin’s Comet” and the premiere of “Legend of Korra.” The Avatar world is spectacular and this team has been consistently turning in a respectable and fun continuation of the original series.

Total: $20.98. A couple classic cartoons in comics form are well worth digging out the extra buck. 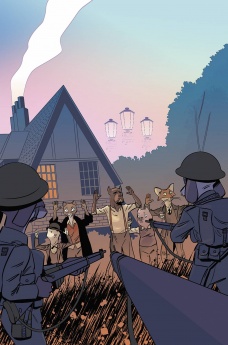 Wild’s End: The Enemy Within #1 ($3.99)– When the first series of “Wild’s End” appeared I was ready for anything. What I got was an excellent sense of childhood wonder and adult story telling. Now with the follow up coming this week, I cannot wait to see where the story goes!

Wolf #3 ($3.50)– Ales Kot is becoming one of my new favorites just from the volume of interesting ideas. If Jeff Lemire is Stanley Kubrick, Kot is easily the David Lynch. He manages to find this perfectly balance of style, substance and fascinating ideas in the perfect comic package. Easily one of my top writers of the year.

Fury: S.H.I.E.L.D. 50th Anniversary #1 ($3.99)– For me the top of the artwork heap has always been Jim Steranko. He might not be the outright creator of Nick Fury, but he is the one who is associated with his peak. To this day the original Nick Fury series is a masterpiece in my eyes. Here we are 50 years later and Fury is the focus again. But he is not alone, which makes it even cooler. This is one of those stories that classic comic fans and new ones can sink their teeth into.

Arcadia #5 ($3.99)– Sadly, this is nearing the end of the story. It is a huge concept idea on the potential apocalypse that goes for technology instead of humanity. This is where “Arcadia” gains its independence from genre tropes. Boy howdy do it swing for the fence. While I would love for this to go on, I wonder if it would work given the finite nature of the plot. However that does not mean it isn’t another great book in the Boom! catalog.

Thief of Thieves #31 ($2.99)– I had the pleasure of review issue #30 last month and it really whet my appetite for where “Thief of Thieves” could go next. At this point, the story has hit a wall (in a good way) and there is no indication of what is to come. That anticipation is worth it and at $2.99 it is a steal!

Total: $18.46 – A slow week with plenty of quality hidden under the surface of the mainstream. 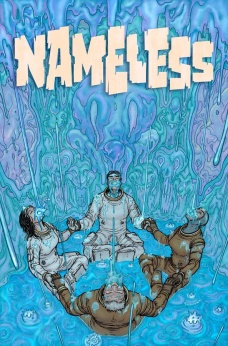 Nameless #5 ($2.99) – The penultimate chapter to this disturbing yet thought-provoking journey through depravity and horror is sure to be another epic achievement by Grant Morrison, Chris Burnham, and Nathan Fairbairn.

The New Deal ($16.99) – Jonathan Case is one of my favorite artists and this graphic novel set in 1930s New York is also written by him. With a promise of mystery, politics, and comedy, it is sure to be equally fun and compelling. 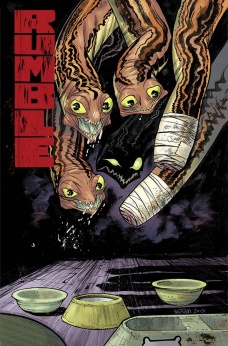 Wild’s End: Enemy Within #1 ($3.99) – It’s Dan Abnett and INJ Culbard working together. It’s a sequel to a great miniseries by the same creative team. It’s War of the Worlds meets Wind in the Willows plus government conspiracy crackdowns and paranoia. It’s something that needs to be in your week’s stack of comics.

Rumble #7 ($3.50) – The book is back with another easy-to-jump-on-with oneshot story that will still tie into the larger arc and narrative. Give this issue a shot and find out why we all like this book so much.

Astro City #27 ($3.99) – You’d think I wouldn’t be all that thrilled about an issue of “Astro City” without Brent Anderson drawing it. But when Busiek & Vertigo tapped Joe “The Towering” Infurnari to pick up the pencil for this one, my attention was maintained. Joe’s been doing strong work on his series “The Bunker” with Josh Fialkov, and he’s by no means an Anderson clone, so I’m intrigued to see what different flavors he manages to bring to the Astro City setting. Plus we finally find out about American Chibi this issue!

Mythic #4 ($3.99) – Teams of humans going out and interacting with all manner of mystical s#!t we didn’t know were out there in the world is a popular trope at the moment. You might want to be looking for reasons not the pick up a book like that. But when the team’s activities are being guided and told by Phil Hester & John McCrea, then you’ve got the opposite of what you’re looking for: a reason TO pick it up!

Invisible Republic #6 ($2.99) – Still good, see last month’s entry. If you haven’t been following, just pick up the trade then dive right in with this issue. Solid poli-sci-fi at work here! 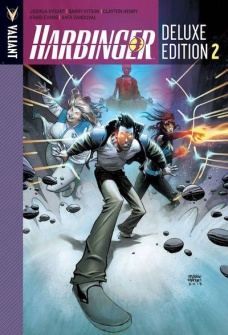 Harbinger Deluxe Edition Volume 2 Hardcover- $39.99: Yes Yes, over budget I know. But c’mon! Not only has Josh Dysart crafted one of the best teen superhero books in the last decade, it was one of the best books on the shelves, period. And it’s 400 pages, you do get the content for your buck.