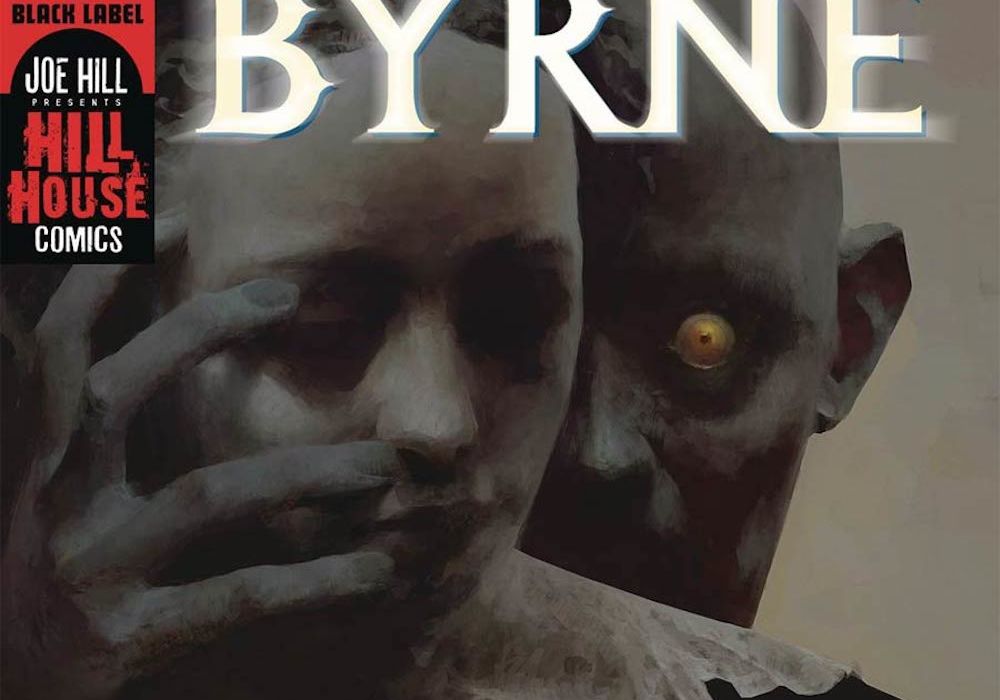 There are lots of good comics out there, but some clearly stand head-and-shoulders above the rest. “Don’t Miss This” shines a weekly spotlight on the books our staff writers think need to be on your pull list. This week, we look at “Daphne Byrne,” one of the newer series published by Hill House Comics, DC’s pop-up horror imprint curated by writer Joe Hill.

“Daphne Byrne” was co-created by writer Laura Marks and illustrator Kelley Jones. For Marks, who is primarily known as a playwright, screenwriter, and television producer, this is her comics debut. Jones, on the other hand, boasts numerous high profile credits, including work on several Batman titles, as well run on “Sandman” in 1991 that garnered an Eisner Award. Veteran colorist Michelle Madsen, whose credits include “Lady Killer,” “Angel” and “Buffy the Vampire Slayer,” delivers a dank, creepy palette that perfectly compliments Jones’s illustrations. Rob Leigh’s subtly, exceptionally well placed letters round out the aesthetic and keep everything flowing.

Notably, Marks and Hill originally met while developing the first incarnation of “Locke & Key” for TV, before the rights were resold and the project was rebooted by Netflix. With a healthy respect for each other’s work, a shared horror aesthetic and a feeling of unfinished business left to attend to, Hill asked Marks to pitch and idea for his fledgling imprint and Marks leapt at the chance.

The plot of “Daphne Byrne” is built around a simple, but intriguing twist. After the sudden, unexpected death of her husband Frederick, the grieving widow Mrs. Byrne desperately wants to contact her late husband in the spirit world. Naturally, a medium who goes by the name of Mrs. Swarthmore is all to eager to help – for a handful of coins, anyway.

Meanwhile, Frederick and Mrs. Byrne’s fourteen year old daughter Daphne meets a boy known only as “Brother” one night in a dream. Not long after that, it becomes increasingly clear that Mrs. Swarthmore and her con artist cohorts are scamming the widow Byrne, a fact that the widow adamantly refuses to accept even after her daughter debunks the charade.

Subsequently, Daphne’s visions become increasingly frequent and unnerving, no longer confining themselves to her dreams at night. Brother insists he is there to help Daphne and her mother, but it often feels like his “help” comes at a price. Certainly, he helps Daphne give the mean girls who continually torment her their much needed comeuppance, but at what hidden cost? More and more it feels like Brother’s unsolicited assistance may not be entirely benign. Almost certainly, there’s a creepy, more sinister side to Brother’s benevolence, despite his firm insistence there isn’t. Either way, at this point, it’s too difficult to discern what Brother is really after. There are also plenty of dark, shadowy figures lurking and moving about: peering through holes in the wall, spying through gaps in the bookshelves, or huddled in grimacing piles beneath the bed clothes.

Nearly as important as what happens in the story is when the story the takes place. Set in the late 19th century New York, the mood is one of decay and formerly gilded splendor in the midst of post-industrial decline. With the characters in dark, heavy clothes and interior rooms that seem to be cast in perpetual shadow even at midday, the aesthetic is dank and gritty, heavy and suffocating, as though you can feel black soot on your skin and in your lungs. The light and the colors are dim, the architecture hidden beneath several layers of dingy, smoky grime. Add to that occasional panels that are unapologetically surrealistic and a creepy, slow-burn story in which you’re never certain whether what you’re seeing and hearing is reality or some kind of twisted version of a dream within a dream, and the result is a truly unsettling tale that will come back to you when you don’t expect it, much less want it to. In many ways, perhaps, “Daphne Byrne” can be seen as the most “traditional” title in the current Hill House lineup. It’s definitely not high concept or packed with bells and whistles. But if you think that means it’s quaint and not very disturbing, you’d better check your assumptions before you simply dive in. The real terror comes from unexpected places, without a whole lot of warning, in it’s own sweet time. Like you’re tiptoeing down a dark hallway, trying to sneak past something breathing grotesquely in the darkness, but you don’t know where or what the hell it is.

The third and strongest issue of “Daphne Byrne” drops today. You can find a copy prominently displayed on the new release wall at your local comics shop, from your favorite online retailer, or with a paid membership to DC Universe.