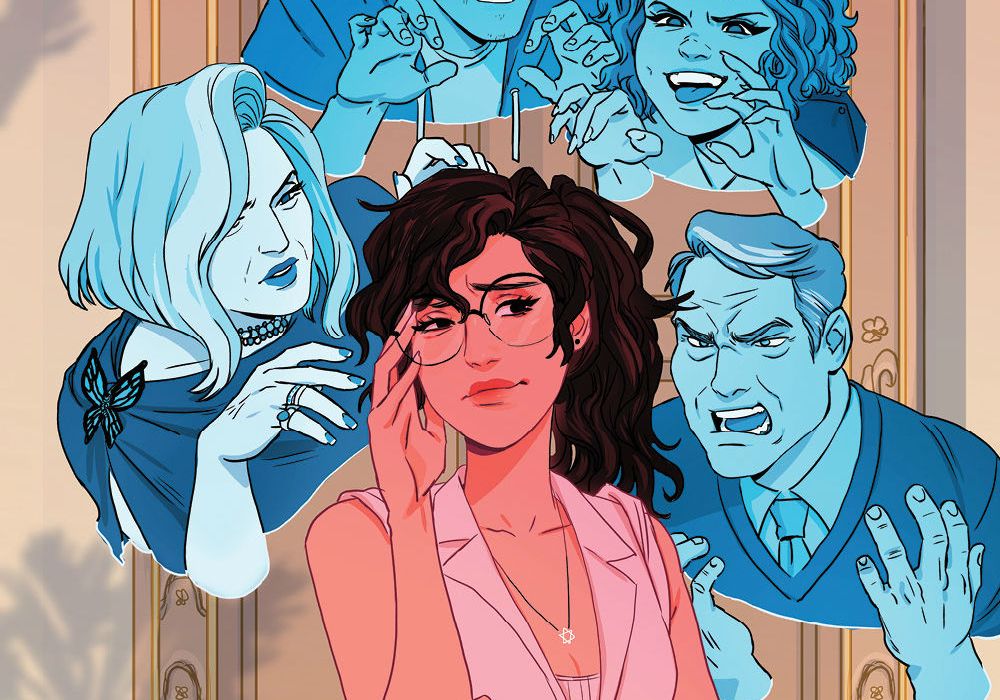 There are a lot of comics out there, but some stand out head and shoulders above the pack. With “Don’t Miss This,” we want to spotlight those series we think need to be on your pull list. This week, we’re taking a look at the charming supernatural/slice of life series “Ghosted In L.A.” by Sina Grace, Siobhan Keenan and more over at Boom! Box. There’s drama, there’s delightful queer antics and awkwardness, and ghosts! In L.A.! And they date! Join me, folks, as we take a look at how this charming series works its magic.

Who is this by?
“Ghosted In L.A” is brought to life by a large creative team! We get story and scripts from Sina Grace, who’s worked previously on books like Marvel’s most recent “Iceman” solo series, as well as the upcoming Image series “Getting It Together”, and has a clear, fun voice for genuine young adult characters. Siobhan Keenan, from “Jem And The Holograms” fame, provides most of the art, giving the series a lush, clean-lined feel that looks perfect for the modern/classic tone of the book. Colors are done primarily by Cathy Le and Jeremy Lawson, who are brilliantly able to switch from fifties-inspired pastel palettes to more desaturated, gothic tones with relative ease, and DC Hopkins brings the script to bouncy, vividly-lettered life.

What’s it all about?
The story starts off following a seemingly typical high-school graduate Daphne, who’s only just navigating college on her own in Los Angeles after a messy break up with her boyfriend. Grace has a perfect tone for her that covers the entitled but interesting Gen-Z teenager super well, giving a lot of punchy freshness to the dialogue that you might not get from more mainstream comics. Daphne finds herself staying at a retro, slightly gothic but an otherwise seemingly unassuming house in Rycroft Manor, which might seem like a bit of a dump but the prospect of a rent-free home in L.A. is too compelling for this broke teen. As it happens, Rycroft Manor is haunted by a cadre of friendly, yet dramatic ghosts, which Daphne spends most of the series getting caught up with and entangled within their own soap operatics.

There’s plenty that has grown from this premise since the series’ inception: the brilliant use of the term “Ghostsexual”, lots of scandalous supernatural romance, and even some complicated queer antics via Daphne’s ex-boyfriend that Grace proves to be an expert in handling deftly.

What makes it so great?
There’s so much here that is done so simply yet effectively that I can’t help but love. As I’ve previously swooned about, Grace has such a good voice for writing these kinds of troubled early adults. Daphne is the kind of plucky protagonist that you want to be best friends with. She’s endearing and friendly yet has an edge of modernity and worldliness to her that makes her so easy to get behind, and so effortlessly relatable because of her flaws and minor slipups she commits along the way. On the other hand, the rest of the ghosts are just as interesting, with some like the matriarch Agi hailing from a much older time and balancing a voice that feels older yet still influenced by the world around her. But the real fun thing that Grace handles here is the lore of the ghosts, which is slowly drip-fed to us underneath the romance and drama, making it even more fascinating the few times that it happens to pop up in the story.

Siobhan Keenan’s art here is super slick as stated, giving a nice level of detail in every scene that makes the archaic Rycroft Manor look lived-in and interesting, yet never too busy enough to distract from the main feature: the drama. When Daphne is trying to cope with finding our her ex-boyfriend dumped her because he’s gay, we get all that inner turmoil reflected within Daphne, who’s outwardly trying to be good and supportive about it but the hesitation on her face still clearly shows her as a petty human being like the rest of us. Each character has a distinct look too, not only in their fashion sense but also with their facial acting. Michelle, one of the support characters, is so stoically dedicated to being the ghost cynic and resident bad girl of the comic, we see that with her constant scowl and fed-up-with-it face she generally carries, as well as the visual motif of the scar across her mouth to give her a unique identifier.

Cathy Le and Jeremy Lawson do a great job bringing this forward to life, working well with Keenan’s slightly busy environments and scenes to make individual parts of a shot pop yet seamlessly blend together to create an experience that rewards deeper reading yet can totally work for those just looking to get their monthly drama fix. The sea-green/aqua color that the ghosts are colored makes them all visually distinct and gives them a calm serenity that conveys their mostly-benevolent mannerism really neatly, and also make bolder colors like the bright lights of LA and the gorgeous fashion that Daphne rocks on a daily basis. The shading isn’t overly complicated also, giving a simple cel-shaded look that lends well to the slice-of-life feeling this comic evokes.

How can you read it?
“Ghosted In L.A” is published monthly from Boom! Box, an imprint of Boom! Studios. It’s available in all good comic book stores physically, or available digitally from sites like Comixology or Amazon. If you’re a little behind, you can even catch up with the handy Volume One, which collects issues #1-4 and wait for the second volume not too far down the track, or you can purchase issues #1-9 and binge them all to catch up, with issue #9 being released this week! In any case, the creative team here is delivering a comic that feels fresh yet perfectly soapy and dramatic in every way that I love, and it’s absolutely worth sinking your teeth into, especially with so much content available already. 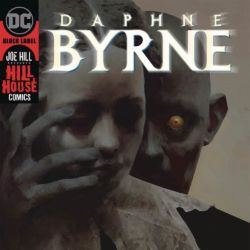 There are lots of good comics out there, but some clearly stand head-and-shoulders above the rest. “Don’t Miss This” shines a weekly spotlight on the books our staff writers think need to be on your pull list. This week, we look at “Daphne Byrne,” one of the newer series published by Hill House Comics, DC’s […]