There are a lot of comics out there, but some just stand out head and shoulders above the pack. With “Don’t Miss This” we want to spotlight those series we think need to be on your pull list. This week, we’re taking a look at Al Ewing and Juann Cabal’s epic new “Guardians Of The Galaxy” ongoing series. If you haven’t caught the epic cosmic scope of Al Ewing and Juann Cabal’s run we’ve got a couple of reasons to make sure you Don’t Miss This riveting new Guardians run!

The latest “Guardians Of The Galaxy” run is written by author Al Ewing. Ewing is a rising star at Marvel who has been in charge of spearheading really important stories at Marvel. Ewing wrote the bulk of the impressive “Marvel Comics” #1000 anthology. Due to the recent departure of Marvel talent like Brian Michael Bendis, writers like Ewing have become a really important force over at The House of Ideas. Artist Juann Cabal is also a rising star the publisher who is responsible for drawing interiors during the last “Guardians of the Galaxy” run as well as recent Marvel titles like “X-23.” It’s time for Marvel to embrace the next generation of creators and lend their talent to important books like “Guardians of the Galaxy.” It also doesn’t hurt that Ewing’s other Marvel title, “Immortal Hulk” has been garnering a feverish amount of acclaim from comic book press and readers alike.

The newest “Guardians of the Galaxy” has been integrating Greek mythology with Marvel’s space heroes. Ewing has been drawing fascinating connections with mythology characters, Marvel continuity and the standard Guardians heroes like Drax and Gamora. The ties to Olympus is something that has not yet been explored with the franchise and a really innovative story direction for this team. Ewing is retaining some of the more cosmic focus from the last run on “Guardians of the Galaxy,” making sure that characters like Phyla-Vell and Moondragon are still present. With the previous run being so short it’s incredibly refreshing to see that Ewing isn’t starting here from square one. Ewing has taken cues from the previous run by integrating the story directions for Groot. Also, the takes on Gamora and Drax are heavily influenced by “All-New Guardians of the Galaxy.” This title is “Guardians of the Galaxy” with an added level of Greek Mythology and Marvel continuity for good measure.

Unfortunately, lots of comics at The House of Ideas have been rebooted heavily over the past couple of years. I don’t think previous creators Donny Cates and Geoff Shaw or Gerry Duggan and Aaron Kuder were able to explore the franchise to the degree they would like. Thankfully, Marvel has started to curate “Guardians of the Galaxy” with really impressive creative teams. Al Ewing and Juann Cabal have done an excellent job infusing the snarky personality of the “Guardians of the Galaxy” with high-stakes action. In addition to the action from the first two issues, there is also a great deal of emotional risk. The series third issue creatively tackles the cliffhanger of the previous installment while exploring the emotional state of characters like Groot and Drax in elegant detail.

I really enjoy the Guardians franchise but I don’t want the comics to match up exactly what we see on the big screen in The Marvel Cinematic Universe. Thankfully, this series continues the cosmic focus of the previous run to give readers something that they can’t see in a Marvel Universe film. Author Al Ewing does a great job drawing the distinctions between the MCU versions of the characters and the comics incarnations. Ewing has continued a focus on the pacifism and background that is haunting Drax the Destroyer. I also love how Ewing is picking up on the destructive nature of Peter Quill that has been hinted at in the previous couple runs of the series. While all these aspects are really beautiful and impressive, it is some of the smaller characterization and snarky lines from Rocket that keep coming back for more. The ties to the mythology are starting to become better fleshed out in each issue as well.

Artist Juann Cabal is able to find so much emotion on every page. Cabal is also able to fully explore the humor cues in Ewing’s script for heroes like Noh-Varr. Ewing will make a joke that seems confusing at first which demands the right panel composition from Cabal to properly pay-off the humor. I haven’t seen Cabal stumble over a humor sequence in any issue yet. Also, Ewing is stretching Cabal’s pencils to the limit on the issue. There’s a spread in issue one that is an absolute beauty to behold. Cabal and Ewing appear to be so comfortable that they are stretching the medium of comics to the limit. The other huge art moment took place during Athena’s panel composition in issue #2. I hope to see Cabal and Ewing continue to stretch comics to the absolute limitations of the medium. My only complaint regarding the series can be the lack of detail in facial expressions in certain places or scenes. In the subsequent issues past the series debut, this lack of detail has seemed to be less pronounced.

In some of the promotional material surrounding this title, Ewing has teased that even bigger developments are still to come with the Olympians. Given the quality from the first three issues of the title and previous Ewing-written titles like “Immortal Hulk,” I’m more than willing to give Ewing and Cabal the benefit of the doubt and continue reading this story. I also can’t help but stretch how important Ewing has made some of the relationships in the story. Issue #3 deepened the void between Gamora and Peter even greater and Ewing has done a phenomenal job juggling the relationship drama with the ties to Olympic mythology. Ewing is also juggling the cosmic relationships and Marvel continuity to tell really cutting-edge “Guardians of the Galaxy” stories that you aren’t likely to see on the big screen anytime soon. It is truly amazing to see Marvel’s dedication to characters like Noh-Varr, Phyla-Vell and Moondragon again. I hope this trend continues. Also, the impressive level of creative talent the publisher has assembled for the Guardians franchise lately has started to put this title on a similar level to books with great creative teams like “Daredevil” and “Thor.”

“Guardians Of The Galaxy” is available in the direct market through comic book stores. The first three issues are on sale now and the first collection is slated for an August 18, 2020 release date. Whatever you do, Don’t Miss “Guardians of the Galaxy” by Al Ewing and Juann Cabal. The series introduces innovative new ways to tell stories with these tried-and-true Marvel heroes. 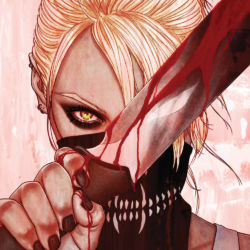 Don’t Miss This: “Something is Killing the Children” by James Tynion IV, Werther Dell’Edera, and Miquel Muerto

There are a lot of comics out there, but some just stand out head and shoulders above the pack. With “Don’t Miss This” we want to spotlight those series we think need to be on your pull list. This week, we look at “Something is Killing the Children” by James Tynion IV, Werther Dell’Edera, and […] 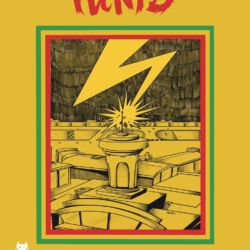 There are a lot of comics out there, but some just stand out head and shoulders above the pack. With “Don’t Miss This” we want to spotlight those series we think need to be on your pull list. This week, “Terminal Punks” releases its fourth issue and treats us to more mutant vape-flavored animal fun.Who’s […] 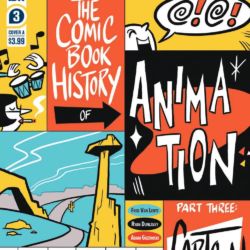 Don’t Miss This: “The Comic Book History of Animation” by Fred Van Lente and Ryan Dunlavey

There are a lot of comics out there, but some just stand out head and shoulders above the pack. With “Don’t Miss This” we want to spotlight those series we think need to be on your pull list. This week, we look at the blood, sweat, and tears that took animation from gag to multi-billion […]