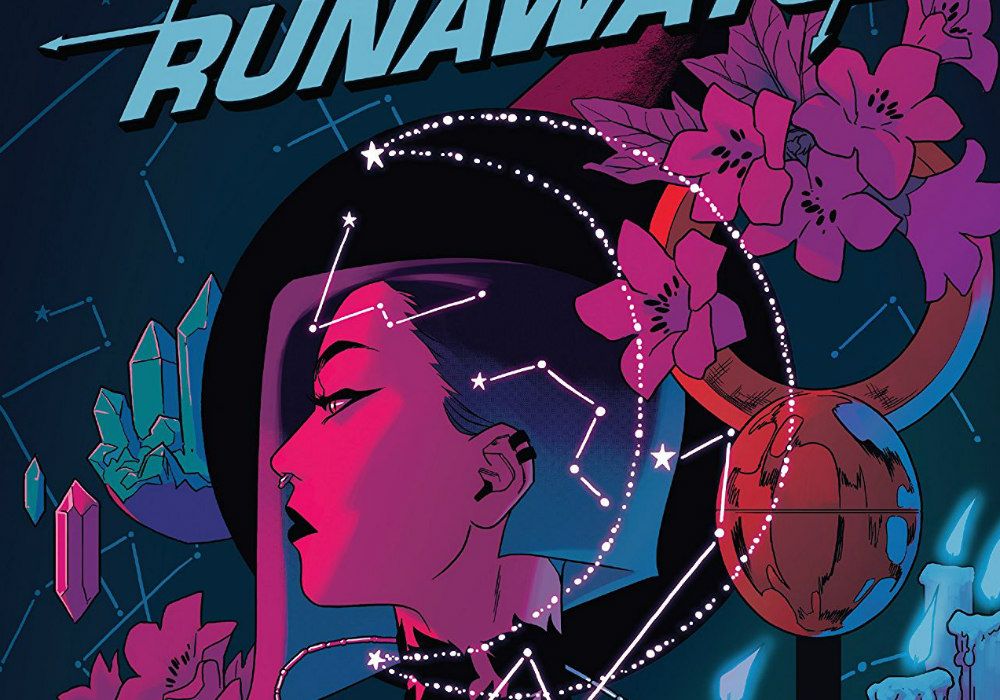 There are a lot of comics out there, but some just stand out head and shoulders above the pack. With “Don’t Miss This,” we want to spotlight those series we think need to be on your pull list. This week, we look at “Runaways,” one of the most heartfelt and honest portrayals of life as a teenager, that also includes a character who is just a head riding around on a Roomba. 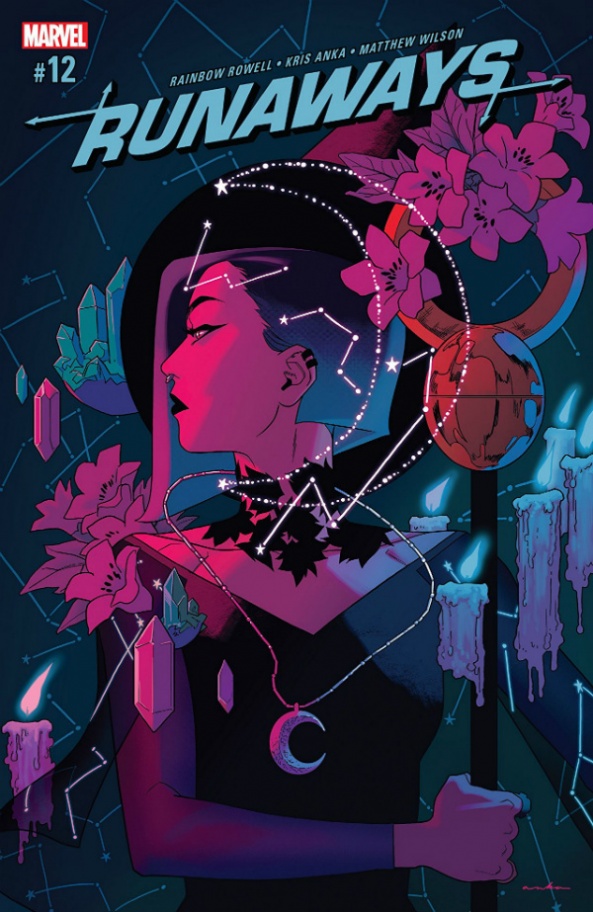 “Runaways” is written Rainbow Rowell is known mostly for her work in novels, and her young adult books like Fangirl and Carry On have given her plenty of experience writing about and for teens. “Runaways” is her first comic work, but so far, she is absolutely killing it. While many prose writers have a little bit of difficulty when they first start with the medium, Rowell has been putting out consistently great work since the beginning of this series and has just gotten better.

The series is illustrated by Kris Anka, who has worked on a number of different marvel series over the past couple of years. Most recently, before he started on “Runaways,” he had runs on “Star-Lord” and “Captain Marvel.”

Colors are done by Matt Wilson, who has worked on books like “The Wicked + The Divine” and “Phonogram,” while the book is lettered by VC’s Joe Caramagna, who seems to have worked as a letter on almost every marvel series at one point or another and is doing great work on “Runaways” right now. 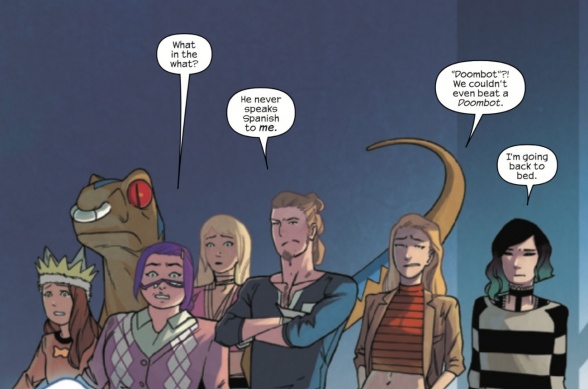 “Runaways” started out in 2003 as a comic by Brian K. Vaughn and Adrian Alphona. The series followed a group of teenagers who found out that their parents were all super villains working together in an organization called The Pride, and once they took care of their parents, the group stuck together as a little found family.

With the end of that original run, one of the main characters, Gert, was killed. In the years after that original run ended, “Runaways” as a book never quite came together the way it should as a book, with no other creative team quite able to find the magic that brought that first run of issue to life. The characters eventually got blown to the proverbial Marvel winds and ended up in all different corners of the Marvel Universe.

With this series, Rowell and Anka have brought the kids back together again, reuniting the original cast, and snatching Gert from the moment of her death, while still organically including all of what has happened in the years since. It’s a book about the person that you were in high school, the person you are now that you’re out of high school, how those people might feel about one another, and the happiness of reuniting with your oldest and best friends.

Okay, But Why Should I Read This?

If you’ve read the original run of “Runaways,” this new series is the first to really capture what made those original 42 issues so compelling. Rowell and Anka seem to understand these characters on a fundamental level that is equal to the original creative team. The first arc in the series felt to me, as a fan of those old issues, like coming home. And it’s just gotten better since then.

Having that understanding of the characters is so important for the series. Since, in the grand scheme of things, there haven’t actually been all that many issues of them published, there are still very clear ways that all the characters should feel and act. Rowell understands these characters, and more than that, is willing to push them forward and challenge them in ways that make sense for who they are. She is willing to give them stakes that are both small, but hugely, personally important.

Take Gert, for example, who was killed during Vaughn and Alphona’s original run. She was, back then, both one of the most mature members of the team, and also the most vehemently anti-adult. With bringing her back, the team has once again gained the character that worked as the heart of the series. But Rowell also challenges the core of Gert’s character, by bringing her into a world where all of her friends have continued to age, and are now basically adults, it puts her two defining characteristics at odds with one another. Does she still love the people who her friends have grown to be more than she hates the fact that they’ve all grown up?

This is just one example, but for each of the characters in Runaways, they are presented with similar problems, with the cores of who they are and what they stand for interrogated. I could go in-depth about the questions the series asks about Molly’s arrested development, or the way that it integrates what Tom King’s “Vision” series brought to the character of Victor Mancha. But I don’t want to spoil everything about why this series has been so great.

I haven’t even talked about Kris Anka’s work on the series yet, which is itself fantastic. If capturing who these characters are and what they stand for is one of the highlights of Rowell’s writing, it’s equally true of the way that Anka portrays them. I’ll be honest, I’m not really someone who cares (or for that matter, even knows) all that much about fashion. But there’s something to be said for the work that Anka puts into each and every one of these character’s outfits. The characters’ clothes are constantly changing, and the way that the present themselves always works as an evolution of who these characters have become, and the way that fashion itself has changed since the late aughts when the “Runaways” was first published. Like I said, I don’t know much about fashion, but when it is used to make characters that look and feel like real people, I can definitely recognize it.

On top of the fantastic character designs, Anka brings an expressiveness to his work on “Runaways” that makes the entire book work. Without the facial expression and body language that Anka brings to each and every character, nothing in the book would land in quite the way it does. Anka brings these characters to life so beautifully and so fully. There are entire spans of issues in this series where the characters do nothing but talk to each other, but Anka is able to make these sequences still feel real, vibrant, and completely wonderful.

I should be clear, this is a book that is far more character focused than plot focused. If just watching characters interact and bounce off each other isn’t something that you love, then this series probably isn’t going to be the book for you. But, if you love these characters like I do, and enjoy this kind of small, slice of life writing, then “Runaways” is a book that you should hunt down as soon as you can. 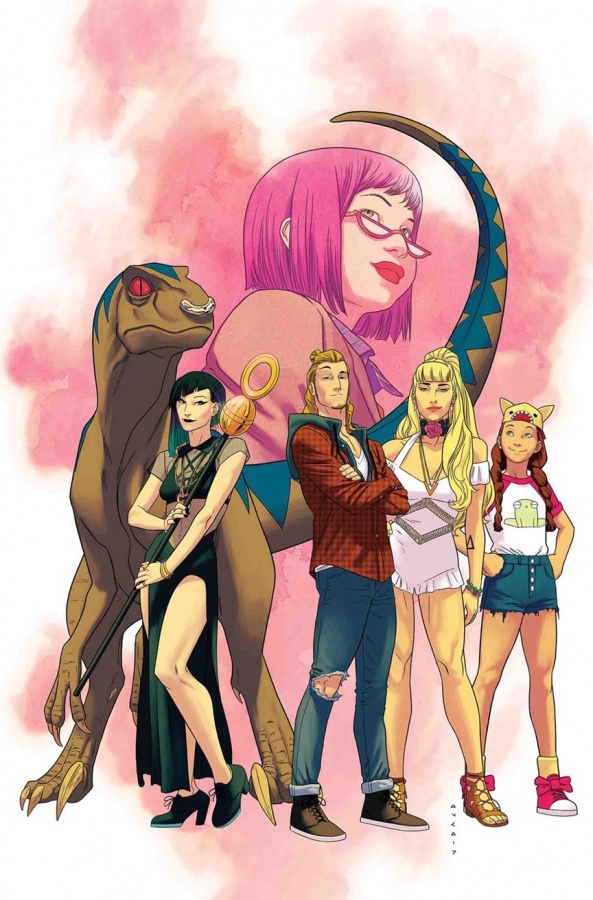 How Can I Read It?

The first trade paperback, ‘Find Your Way Home,’ collects the first six issues of the series, and available in stores and digitally right now. Coming out today is “Runaways” #12, the end of the second arc. The next trade, collecting issues 7-12, will be coming out at the end of October. But, if you can’t wait until then, you can always pick up the single issues at your local comic book shop, or on comixology. 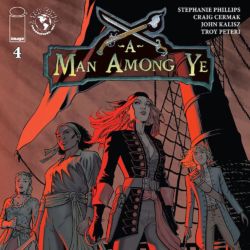 Don’t Miss This: “A Man Among Ye” by Stephanie Phillips and Craig Cermak

There are a lot of comics out there, but some just stand out head and shoulders above the pack. With “Don’t Miss This” we want to spotlight those series we think need to be on your pull list. This week, we’re taking a look at the climactic final(?) issue of “A Man Among Ye.” If […] 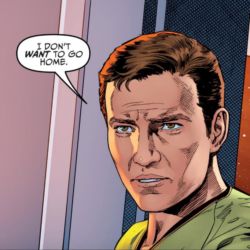 There are a lot of comics out there but some stand out head and shoulders above the pack. With “Don’t Miss This,” we want to spotlight those series we think need to be on your pull list. This week, we boldly go where no one has gone before: IDW Publishing’s “Star Trek: Year Five.”Who’s This […]