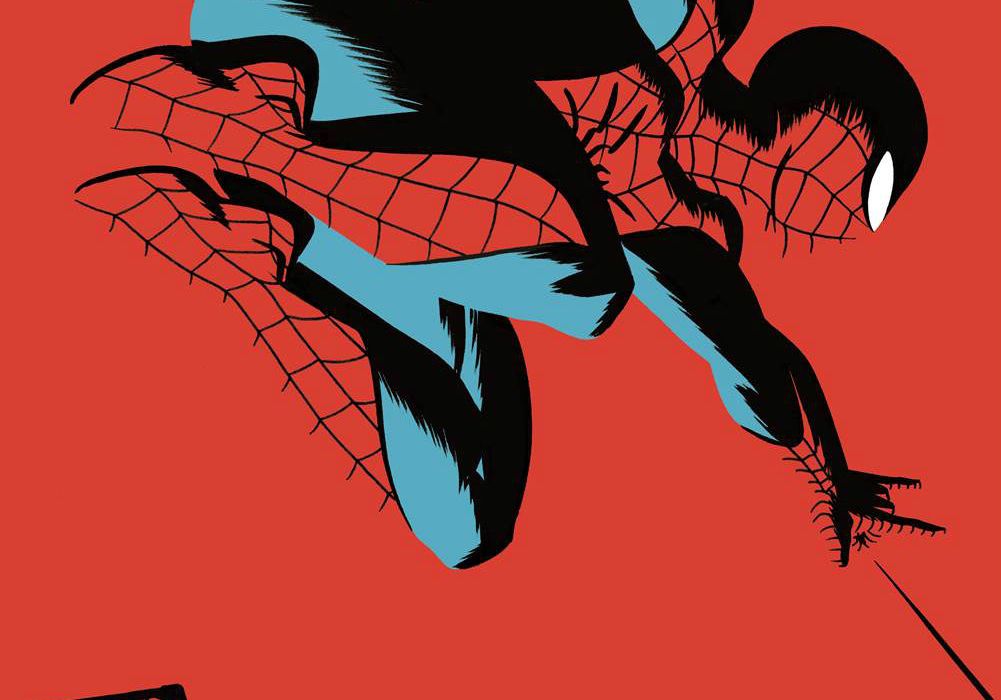 They say you can’t judge a book by it’s cover. While that might be true for prose, it’s not entirely true for comic books. Comic books are a visual medium and more times than not, it’s the art that draws you in. With so many comic books coming out these days, a cover that stands out from everything else on a wall of new releases can determine how well it sells. I know that I’ve picked up new titles solely based on the cover.

It is with that in mind that we bring you Face Value, a column where we will be looking at the best covers in comics, both new and old, every two weeks. In this edition, we’re looking at some of the best Spider-Man covers! With a new movie out, everyone is talking about and thinking about Peter Parker so I figure this would be a great time to look back on some of his best cover moments. For this, I went to Twitter to ask people for their favorite covers so this list this month is shared by some of those. 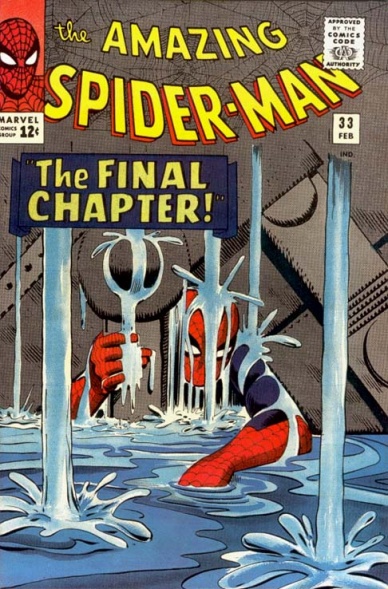 You have to love comic book covers from the 1960’s. They were often so dramatic and because of this, you could imagine people picking these books up and feeling like they needed to read it right this second. Fun fact about this issue, Gwen Stacy and Harry Osborn debuted here. 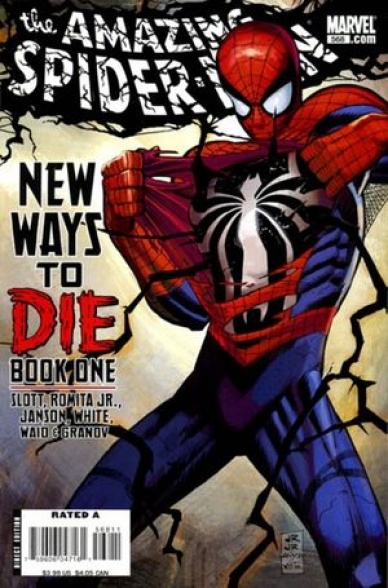 Skipping ahead many, many years is this cover from 2008. The “New Way To Die” storyline finds Spidey framed for murder so the Thunderbolts are trying to track him down. This cover teases the return of Venom and he does indeed come back in this story in a very big way. This is a great cover cause it does everything a good cover should do. It features a striking image with teasing of huge things that probably won’t happen but get you to read it anyway. 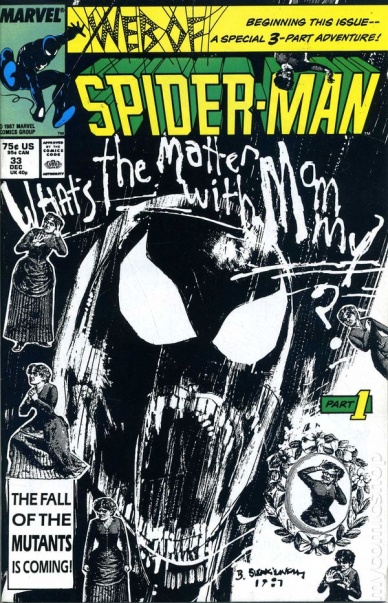 Web of Spider-Man #33 by Bill Sienkiewicz (submitted by @nolapfau)

I was really excited to see this show up on Twitter when I asked for favorite Spider-Man covers because this is unlike anything I’ve ever seen within the Spider-Man universe. This is such a dark and twisted cover that’s actually scary. 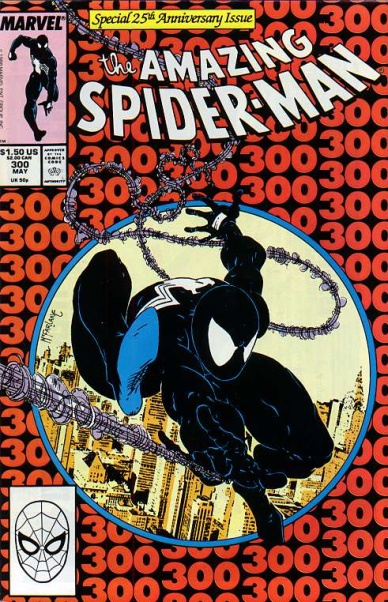 It’s a cover that’s been homaged almost to death but I think one of the hallmarks of a good comic book cover is that it stays with you. It’s a simple idea that was executed extremely well and it has remained with fans for years. Marvel itself has commissioned homages for other characters in the Spidey universe, proving that this is the cover that will never die. 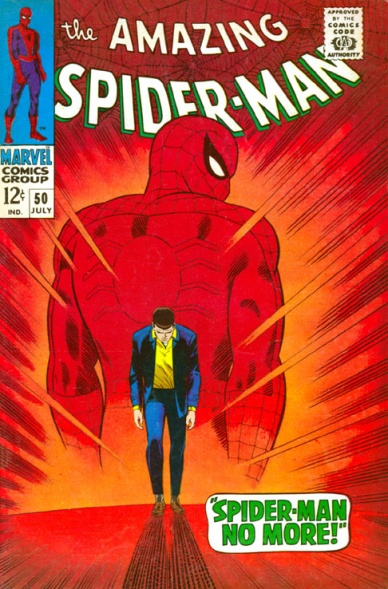 SPIDER-MAN NO MORE! OH NO! This issue is probably more famous for what actually happens inside (Spidey suit in the trash can) but this image is still very recognizable and I think if you saw this on a newsstand, you’d have to immediately grab it. 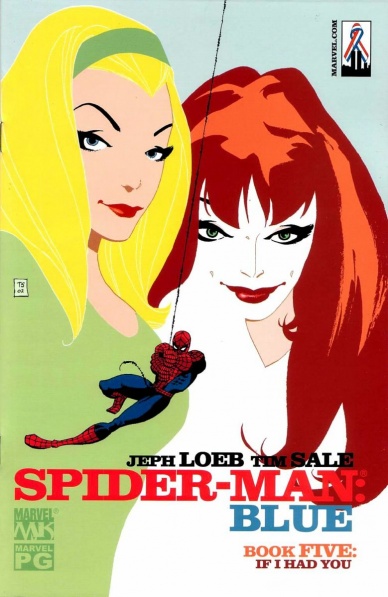 “Spider-Man: Blue” is one of the few comic books that actually broke me. I’m a sucker for this kind of romance and Peter Parker’s love life is one of the most developed ones in comic books. None of the women in his life exist to just fill a romantic storyline. They are their own people and have impacted Peter’s life in truly important ways. Sale’s work, when it’s good, it’s some of the most memorable stuff. This cover uses color and minimalism in really nice ways and it features both Gwen and MJ, so we don’t have to choose. 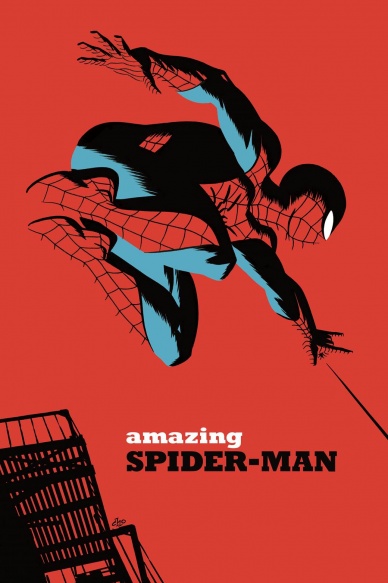 Michael Cho is an amazing artist and he continues to get better each time he publishes something. This is just one of a string of covers he did for Marvel in a special month of variants and I’m lucky that it’s my favorite one because I can use it here! I’m a big fan of covers that experiment with color like this. The shadowing and inking makes this a really special cover that doesn’t get lost in all this red. Cho also sticks to a very familiar situation for Spider-Man which helps make the cover very inviting. 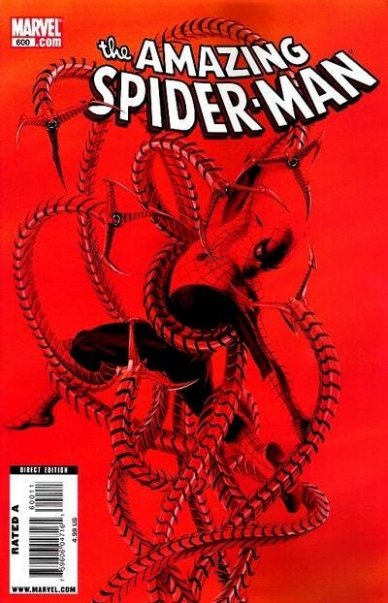 Speaking of cool uses of color, this Alex Ross cover is extremely cool and tough to pull off. Ross’ shadowing in just the right places breaks up the color and creates a complex image of Spidey trapped in Doc Ock’s robot tentacles. It’s fantastic and one of his better Spider-Man covers in recent years. 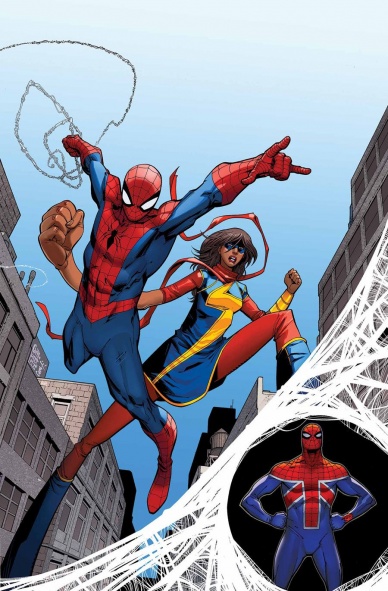 Spider-Man has teamed up with lots of superheroes over the years but one of the very few who can ever actually match the kind of things he’s gone through is the current Ms. Marvel. She comes from a tight knit family and strives to represent those who get left behind by the Avengers. This cover isn’t flashy but it promises a good time with two heroes with a lot in common. 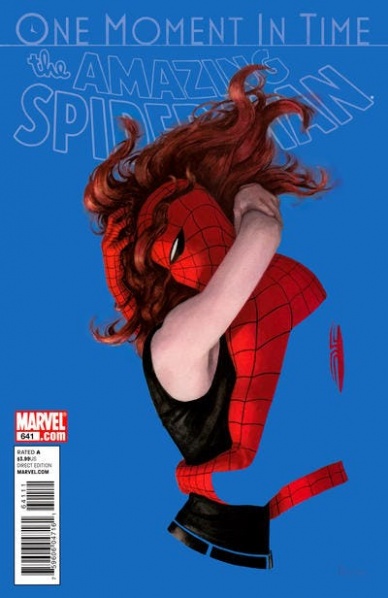 At the risk of being controversial here, I always liked the Peter/MJ pairing more than Gwen/Peter so this cover and this issue kind of resonates with me. Rivera draws these two wrapped in each other but while MJ is very clearly there, Peter looks like he’s fading away deeper into his costume thanks to the way blue is used. This issue is a big breaking point for this couple after the first “Civil War” miniseries event so I think framing Peter this way, like he’s lost himself into the costume and the responsibilities that come with that. It’s a tragic and beautiful cover all at once.

What are some of your favorite covers featuring Peter Parker? Let me know in the comments below and thank you again to everyone who submitted their favorites to me on Twitter! 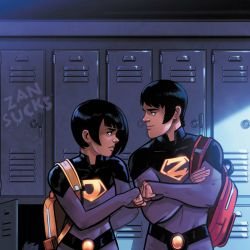 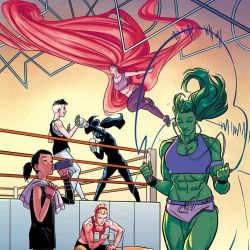 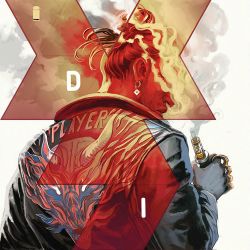