Comics have been around for a long time and there is no shortage of fascinating stories in the history of the medium. This column looks back at select events that occurred during the calendar month from years long gone. Here are a few from Novembers past: 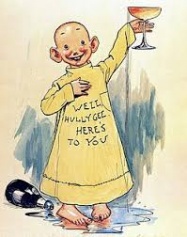 November 18, 1894
In late 1800s, newpapers were a fierce business and owners were always looking for new ways to increase their circulation. One notable effort came from Joseph Pulitzer and his Sunday edition of the New York World. On November 18, 1894, staff cartoonist Richard Felton Outcault was given an entire page for his chaotic cartoons depicting slum life in the city. The concept was borrowed from Michael Woolf, who had success with it earlier in the decade in Life magazine. There was only one recurring character, a nameless bald boy wearing a flour sack as a nightshirt. For whatever reason, Outcault chose to put the boy’s punning dialogue on the sack rather than in a caption or word balloon. In May 1895 the strip was given a name: “Hogan’s Alley”.

Pulitzer made another effort to increase circulation when he bought a color printing press in February 1896. On the 16th of the month, they tested their new yellow ink on the boy’s nightshirt. The readers loved it and nicknamed the boy “the Yellow Kid” and the World saw an undeniable rise in readership. Pulitzer’s main competition, William Randolph Hearst’s New York Journal, temporarily lured Outcault away in his own effort to boost circulation. The back-and-forth between the two publishers over the cartoonist’s work was looked down upon by publishers who fancied themselves more respectable, but everyone was suddenly aware of the public’s attraction to comics. More comic strips followed.

Hearst reprinted the strips Outcault had done for him as “The Yellow Kid” magazine beginning in March 1897. This was the first time an American comic strip had been made available in a collection. The character was merchandised in pretty much every way possible, from clothing to cigarettes.

November 1, 1956
Since 1951, Martin Goodman, founder and owner of the company that became Marvel Comics, had been distributing his comics through his own organization, Atlas News Company. This allowed him to flood the market with titles, but within a few years the market was down and Atlas losing money. Monroe Froehlich Jr, Goodman’s business manager, saw an opportunity to get rid of Art Marchand, the head of Atlas who Froelich saw as an obstacle to his own advancement. Froehlich persuaded Goodman to use a national distributor, and he signed a five-year deal with the established, reputable, and possibly mafia-linked American News Company (ANC) in the summer of 1956. Atlas was shuttered on November 1st.

ANC was sued by Dell Comics for anti-trust on May 6, 1957 and closed its wholesale periodical division on May 17th, leaving Goodman (and half of America’s magazine industry) no way to get his 85 monthly comic titles to newsstands. Knowing he was in trouble, DC offered to buy Captain America, Namor, and the Human Torch from Goodman for $15,000. Instead, he signed a ten-year deal with a new distributor – Independent News, a DC Comics sister company. Why was DC willing to help its competitor? Three reasons: one, it helped them avoid looking like monopoly in the wake of ANC, two, there was profit to be made from distributing Goodman’s successful men’s magazines, and three, it gave them control over how many comics Goodman could publish.

Initially limited to eight titles per month, Goodman ordered his editor and cousin-in-law, Stan Lee, to fire all the staff except for himself. Lee was left by himself to publish inventory stories. Goodman may have fired Lee too and closed up his comic division entirely, if Lee hadn’t been his wife’s cousin. Considering his working conditions, Goodman may have been trying to get Lee to quit. Instead, Lee used his eight monthly shipping slots to write sixteen mediocre bi-monthly titles for a few years before stumbling into the hit “Fantastic Four” in 1961. 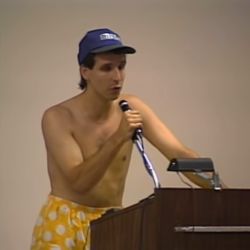 Ghosts of Comics’ Past: October 2022 – Communication and Debate

Multiversity’s history column is back with a spate of events from Octobers gone by. Without further ado…October 1976After years of being on top of the comic industry, DC’s market share was surpassed by Marvel in 1971 through a combination of quality and price competition. Some of the younger staff at DC had seen this coming, […] 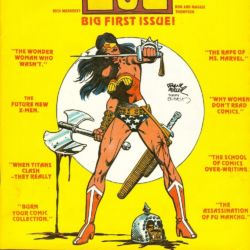 We’re back with yet another installment in our series of year-by-year recaps of comic industry history. This week we’ll be looking at 1982. If you want a refresher before diving in, might I suggest you review 1980 and 1981?The year started with two new magazines for comic fans. The Starlog Group, a successful publisher of […] 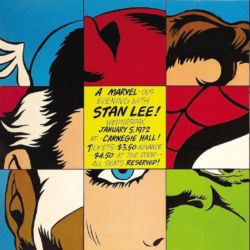 Multiversity’s history column returns with coverage on 1972. If you want some additional context for the events detailed below, you can get caught up by re-reading the articles for 1970 and 1971.The comic industry was reaching a new level of maturity in 1972. In January, Carnegie Hall hosted “A Night with Stan Lee,” which was […]