It’s the first Monday of the month, and that means another trip down memory lane. In this installment, I’ll tell you about the groundbreaking innovation in “New Comics” from December 1935, some academic opinions on comics from various Decembers in the 1940s, and Marvel’s blunder into self-distribution that began in December 1994. 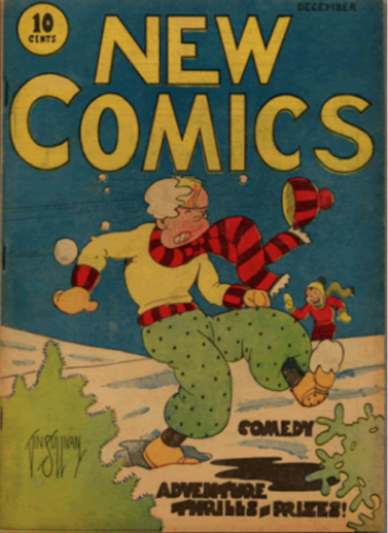 December 1935
The first comic books were anthology reprints of newspaper comic strips, oriented so that one comic page reproduced one strip with different strips on each page. That gave readers a large variety and it was a very successful recipe, a recipe Malcolm Wheeler-Nicholson stuck with when he used all-new content instead of reprints with his first publication, “More Fun”. It helped that most of his initial content for that comic came from rejected comic strips, which meant the material was ready made.

When Wheeler-Nicholson put out his second comic title, “New Comics”, in December 1935, he had to commission material for it. That means the stories in “New Comics” were the first strips created for comic books, designed with the page dimensions in mind. While the artists didn’t stray from the standard layouts already in use, they did take a giant leap forward in storytelling when they turned in a comic two pages long.

Was this innovation something Wheeler-Nicholson asked for? A way to fill the book when ideas were in short supply and a deadline was nearing? Or perhaps an intentional stroke of creative genius from someone forgotten by history? Whatever was behind it, it worked. Later issues included strips that grew in multiples of two until they hit eight pages, where they stopped for a time – probably because if they got any longer it would cut too much into the variety of the anthology. 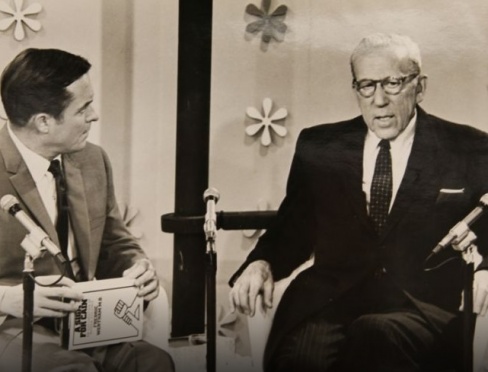 Decembers 1944, 1948, and 1949
Since Sterling North first attacked comics in 1940 for not being as good for children as books like the ones he wrote, the public was skeptical about the new medium. There was an avalanche of anecdotal claims and hypothetical impacts, both positive and negative. If only some academic researchers could look into this and provide some definite answers supported by evidence!

In December 1944, “The Journal of Educational Sociology” dedicated an entire issue to research on comics. They found no evidence of eye damage, retardation of reading skills, cognitive problems, or other purported harm. The editors concluded that comics were a wonderful way to give children imaginative reading material. Surely that would put an end to speculative fear mongering…

…Except it didn’t. Frederic Wertham and others continued to disparage comics in the popular media, arguing their personal experience and gut feelings trumped any “scientific research.” Their emotional appeals were persuasive, and what parent wanted to take that risk? In December 1948, the counter-argument to the “Journal of Educational Sociology” was put forth in “Library Journal”, where former librarian Jean Gray Harker’s article Youth’s Librarians Can Defeat Comics envisioned a world where librarians and educators would stop the foul menace of comics if parents wouldn’t. It was followed in later issues by additional articles by other writers who supporting its position. Wertham was endorsed and empowered in academic circles.

This did not sit well with Frederic M Thrasher. One year after Harker’s article appeared in “Library Journal”, he published a scathing article of his own in “Journal of Educational Sociology” that pointed out the obvious: Wertham’s claims about comics causing behavioral issues were baseless and contrived. Thrasher gave examples of random facts strung together to show correlation, then used to imply causation. He also highlighted Wertham’s hyperbole, with the psychologist saying he had examined millions of comics but repeatedly referring to the same few. He called for Wertham to provide evidence, and Wertham’s silence was deafening.

Wertham was chastised and discredited. His articles and interviews stopped appearing. Reason and critical thinking had won the day…

…until Wertham returned in 1954 with “Seduction of the Innocent”, a book presenting the same arguments as case studies. Now shielded by patient privacy, he was ethically unable to provide his evidence. But that’s a story for another month. 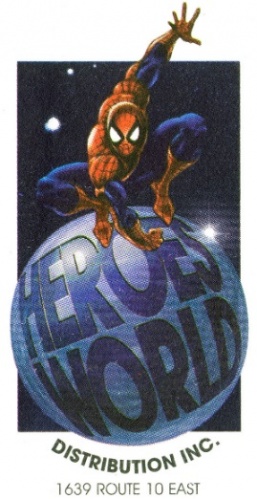 December 1994
The comic industry had a rough time in 1994. The speculation bubble had popped and the market was experiencing several corrections. It was bad, but it had also been expected and it wasn’t as awful as many had feared it would be. Toward the end of the year, there were even signs of improvement and it looked like the comic recession was over.Continued below

And then Marvel messed things up for everybody by buying Heroes World, a New Jersey-based comic distributor, on December 28, 1994.

On March 3, 1995, Marvel told the world that Heroes World would be their exclusive distributor effective July 1995. That prompted an immediate lawsuit from rival distributor Capital City for breach of contract that was settled within six days when Marvel extended the effective date and paid Capital City a few million dollars. In late March and April, Marvel met with retailers in a 19-city tour to explain their plans.

Pretty much from the first day, the implementation was a disaster. Heroes World had been a regional distributor, serving the east coast from Virginia to Maine and accounting for 8% of the US market. It unequivocally did not have the infrastructure to handle Marvel’s weekly volume. The error rate in shipping was high, causing lots of retailer headaches. For some reason, probably cost savings and/or a lack of warehouses, Marvel also switched from shipping books by airfreight to ground UPS. That put their books in stores later, in some areas preventing them from being shelved until Thursday.

The problems didn’t stop there, though. As Marvel’s distributor, Heroes World didn’t ship competing product. That meant retailers had to use at least two distributors, which split their orders and reduced their volume discounts. That ate into profits and forced some stores that were already struggling to close. Retailers who remained open were furious at Marvel.

The experiment was a colossal failure. By July 1996, just one year into the arrangement, Marvel’s market share had fallen 19%. The fragile recovery had broken and the industry re-entered recession. Marvel’s losses in 1996 were massive ($400,000,000) and the company declared bankruptcy in December. Heroes World was shut down in February 1997, and Marvel was forced to sign an exclusive deal with Diamond – the only distributor to survive the turmoil (there had been ten in 1994).

Why did Marvel do this, when most of the negative effects should have been apparent in advance? Their official answers at the time cited declining sales and foot traffic that was blamed on incompetence of distributors. The truth lies in the company’s mismanagement at the hands of Ron Perelman, who prioritized profits over healthy growth in wounded industry.

As a side note, the exclusive distribution plan meant Marvel’s books weren’t included in the top 100 sales lists put out by Diamond and Capital City. The desire for a complete list led “Comics Retailer” editor John Jackson Miller to seek information directly from publishers and compile his own records. That project was first published in November 1996, but it continues today at The Comic Chronicles