What does presidential propaganda have in common with graphic novels and Marvel’s New Universe? All three have a strong connection to October, of course! It’s the first Monday of the month, which means it’s time for this column to delve into comic history again. Let’s start by turning the clock back 71 years… 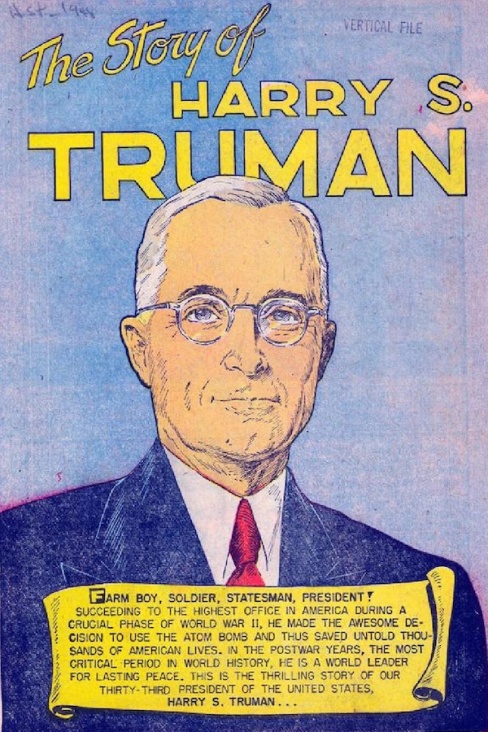 The President is dead. Long live the President. After leading the United States out of the Great Depression and to near victory in World War II, Franklin D Roosevelt died suddenly in April 1945. His successor was Harry Truman, who had been Vice President for only 83 days at that point. People had liked Roosevelt – they elected him four times – but Truman had been given his role as a part of a compromise within the Democratic National Committee (DNC), not because he was a strong candidate.

Three years later, Truman was running for reelection on a rough record. He’d ended WWII with the use of the atomic bomb, introducing a new fear into the world. He presided over high inflation and labor strikes, although he wasn’t responsible for either, and Congress wouldn’t work with him on his Fair Deal plan. He was still the favorite to win in the 1948 election, but how could he be sure his message reached the masses?

In October 1948, the DNC distributed 3 million copies of “The Story of Harry S Truman”. The 16-page full color pamphlet was the first comic biography of a presidential candidate. It was probably written by committee – there’s no writer credit – but the pencils and the inks are both credited to M. W. Ater. The large adult audience for comics at the time was implicitly acknowledged by the way the comic urged readers to remember the inspirational story when they voted the next month. There was no patronizing note for readers to “show their parents” or anything – it was assumed the 3 million copies were being read by Americans over the age of 21.

The story is clearly told through captions, but the art isn’t given room to breathe and there’s very little visual continuity between panels. The full comic can be seen for free at https://www.trumanlibraryinstitute.org/trumancomicbook/ 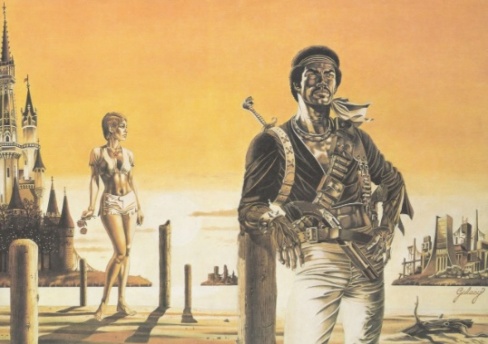 In the mid 1970s, Dan McGregor and Paul Gulacy had an idea for a comic. They liked it too much to give away the rights, so they kept it in their pockets. In 1977, they shared their idea with two brothers, Jan and Dean Mullaney. The Mullaneys liked it so much they started their own publisher, Eclipse Enterprises, just to release it as a creator-owned project. To help fund it, they wrote personalized letters to specialty retailers and fans whose addresses could be found in letter columns. The market was hungry enough for quality material that getting advance payments was fairly easy. A promotional poster released in December 1977 also helped with funding. The final product, “Sabre: Slow Fade of an Endangered Species”, wasn’t released until October 1978.

“Sabre” was advertised as a European-style album, but the format is now commonly known as a graphic novel. The production value was very high, much higher than anything being used in contemporary American comics. It was the first graphic novel released to the direct market (Will Eisner’s “A Contract with God” beat it to press by a few months, but was aimed at the book market).

Distributor Phil Seuling was originally conservative on his orders for it because a comic priced at $4.95, even one with extra pages, was unheard of at the time. The creators were popular though, and demand for their work proved to be high enough that Seuling increased his order repeatedly. The initial print run of 5,000 copies was completely gone by July 1979, and a second printing of 1,500 also sold out.

“Sabre” showed the fan market was fertile ground for more than just monthly periodicals was influential on creators who wanted to experiment with comics in the early 1980s. 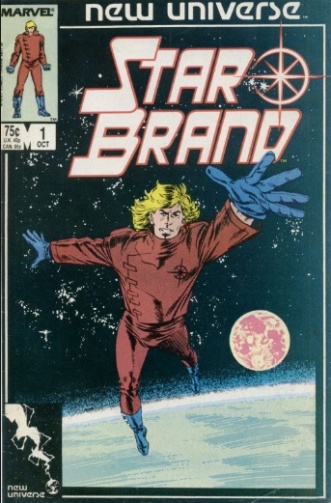 To celebrate the 25th anniversary of the Marvel Universe in 1986, Marvel’s EIC Jim Shooter had a stroke of inspiration: start a new universe of characters who would grow to rival to Spider-Man, the X-Men, and the Avengers in the next 25 years. Management loved the idea and gave him a budget of $120,000 to develop this “New Universe”. Shooter’s eyes twinkled with visions of top tier talent and royalties. He dreamed of the huge success it would be.

Once the project was underway, management decided to sell the company. To make it look nicer, they cut Shooter’s budget, then eliminated it entirely. When Shooter asked if that meant the project was dead, he was told to keep moving forward with it using staff creators only. Shooter planned to write the flagship title, “Star Brand”. According to him, John Romita Jr came to him asking to pencil it despite Shooter encouraging him to stay on “Iron Man”. JR JR, however, says he was not given an option and was promised that “Star Brand” would be a big hit.

Shooter described Star Brand as “Marvel’s Superman”, but the character was really a mix between Green Lantern and Jim Shooter. JR JR even drew him to look a little like Jim Shooter. Supporting characters were based on his friends and the story was set in his hometown of Pittsburgh.

The series debuted October 1986, and it was a dud. Shooter left the title after four issues, then left Marvel shortly after that. The series limped on with a rotating, uninterested creators turning in a run of uninspired inventory issues. The series, which became a bi-monthly, ended about two and a half years later after 19 issues. In a final stab at Shooter, the last writer destroyed Pittsburgh.

The failure of the New Universe was so spectacular, it dragged down some of Marvel’s other titles by association. Combined with other factors, distributors and retailers believed DC would overtake Marvel as the number one publisher in 1990. The shift was seen as inevitable. Marvel persevered with gimmicks, trading card promotions, and market flooding, but that’s another story.

Shooter moved on, and in the early 1990s he orchestrated the Valiant universe. Its rapid rise under his watch (and collapse after his ouster) makes you wonder: Could the New Universe have been the great success he hoped for if it had been funded?