Every now and then, we (and by “we” I mean “David”) would write an article entitled “Hype Machine” to basically garner up some enthusiasm for an upcoming book that comes implicitly with the Multiversity Seal of Approval. It’s not a review, per se, but simply an example of everyone at Multiversity agreeing that there is a book that we want you to buy. So now the Hype Machine is going to become a semi-weekly installment of the site so we can pimp things out to you.

Appropriately enough, Hype Machine started with a post about “Enormous” (and I’ve even re-used the original column header that ran with the first Hype Machine here!), and now that we’re going weekly we are once again going to tell you what you probably already know: you’re going to buy “Enormous” in July. 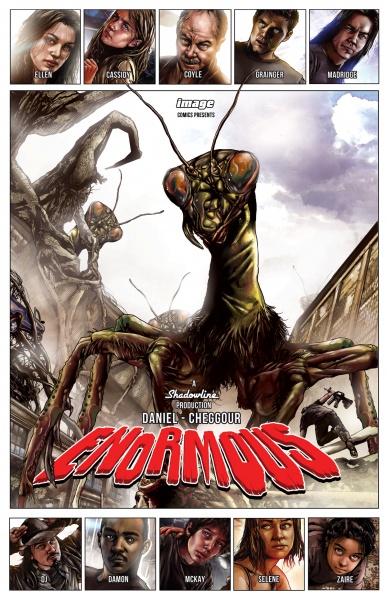 Taking it’s cues from classic monster films and genre classics, “Enormous” is a story of survival in a post-monster world, where animals have been irradiated into hulking monstrosities. Humans have somewhat split into factions both in hopes to replace the idea of governments and to be completely self-serving fools. It’s like the best parts of The Road Warrior meets with the feverish intensity of Cloverfield — and that’s really just the opening of the book. Where it goes from there would just be saying far too much, but you can trust me when I say you’re going to love it. I wouldn’t lie to you.

At first glance, “Enormous” is simply a beautifully illustrated book about rampaging monsters. Yet just like classics like Godzilla to more modern films like the Host (2006 Korean film, please, not the upcoming book adaptation), there is more going on underneath the surface than you can find with just one read through. Without going too far into the allegories made within the book, I will say that it’s done in a clever fashion that’s not heavy handed and ultimately serves the story with a rather sharp pay-off. This isn’t just a book where giant monsters roam the fields

Oh, and have you seen the giant sloth? If you’re one of the hundreds of people who love sloths on the internet, then you’re going to love this one even more. Here’s a teaser we ran earlier this month: 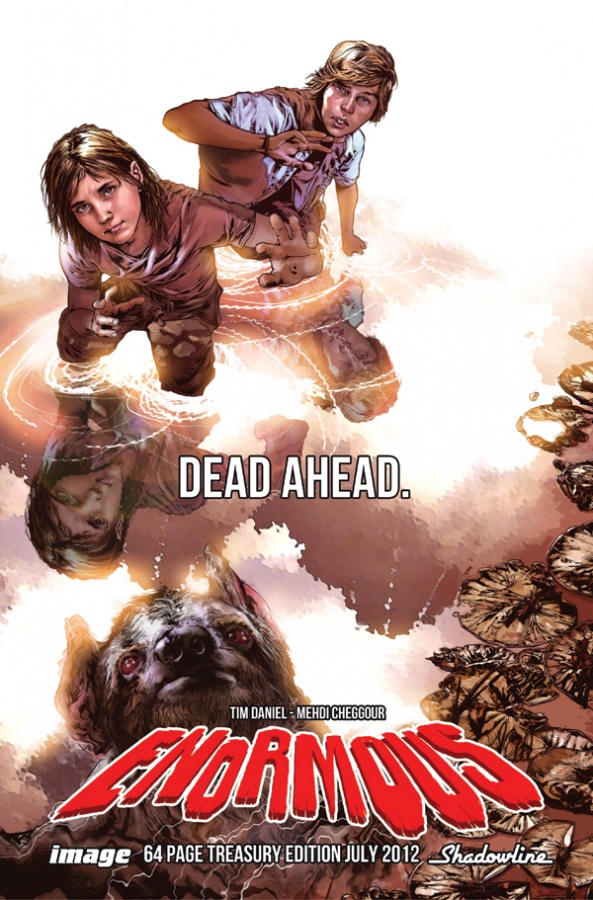 For a duo working together for the first time, the book really couldn’t go any smoother. Tim Daniel’s first time as a writer results with a well-crafted and polished script that teases as much as it delivers. He manages to strike an effective balance between not relying on the monster-sized crutch available while delivering a realistic and diverse cast of characters stuck in an impossible situation. “Enormous” runs the gauntlet in terms of setting and adventure, and given that this is (assumedly) the first installment of the series, you’ll only be able to guess where the book is really taking you — and that’s a great thing to have happen.

And that’s just the writing. The art for the book is beautiful, bringing an intense sense of realism to the entire endeavor. Mehdi Cheggour’s photo-realistic art remains polished and sleek throughout the course of the read, bringing life-like expressions to all the characters within. It only serves to up the ante in the book, because as much as you’ll connect with the characters from the writing alone you’ll find yourself immersed that much more by Cheggour’s stylized artistic sensibilities.

Clearly gearing up for further installations (it was originally planned as an ongoing), this first installment of the “Enormous” series will only whet your appetite for what’s to come in this dynamic book. We’ve been spouting the praises of “Enormous” since September of last year without having read it, just because we loved the art and the concept, and since then  multiple other sites have picked up on it as well: from a digital prologue at USA Today to a preview at IO9 and a variety of killer teaser images, there is so much more for you to sink your teeth into with “Enormous” than there was back in September. However, the end result is still ultimately the same — “Enormous” is a tremendous show of force by Daniel and Cheggour, and you’re absolutely going to love it.

Still need a bit of convincing? Oh, alright. Here’s a video trailer of “Enormous” for you to sink your teeth into, directed/edited by M. Sean McManus and to the tune of some awesome NIN-esque music by Ed Wrzesien:

And here are a few more teasers for your enjoyment: 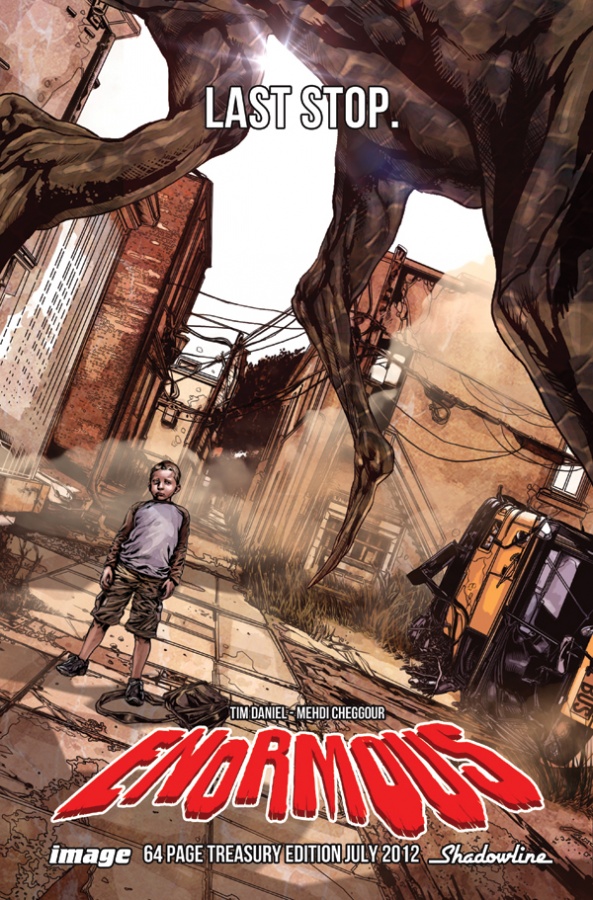 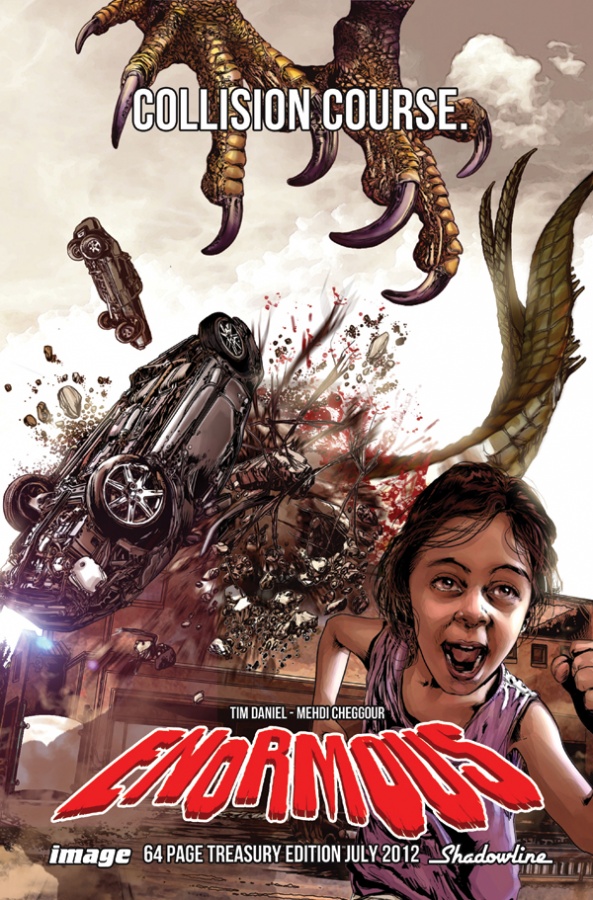 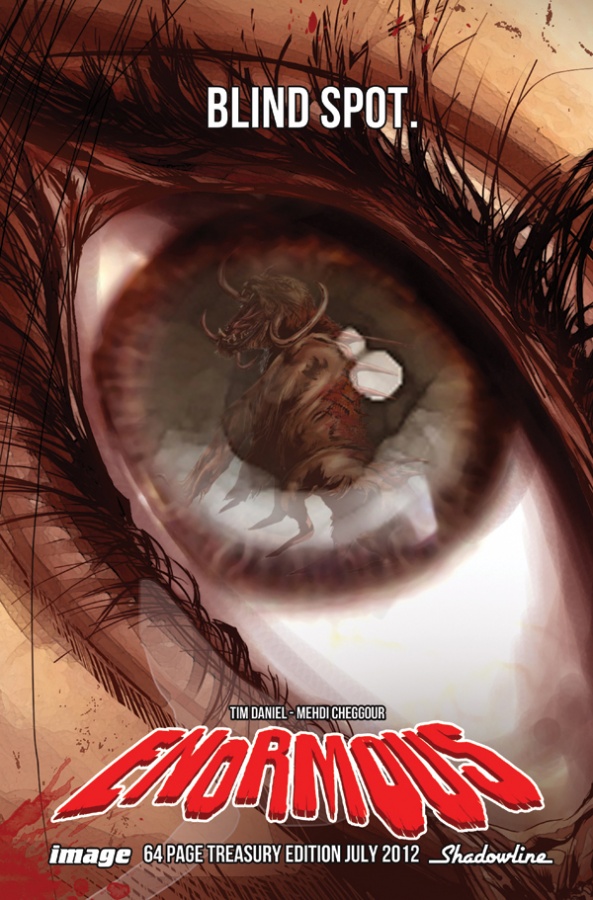 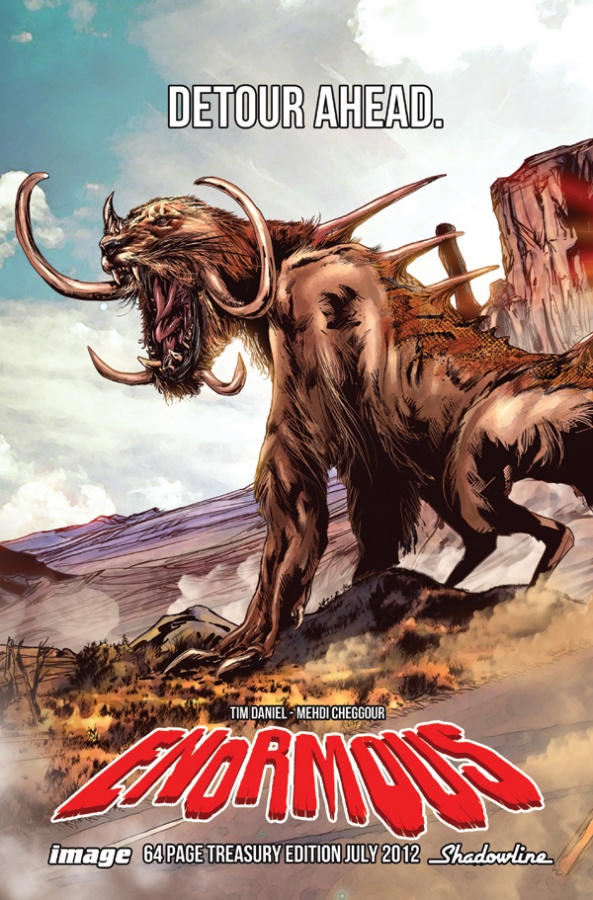 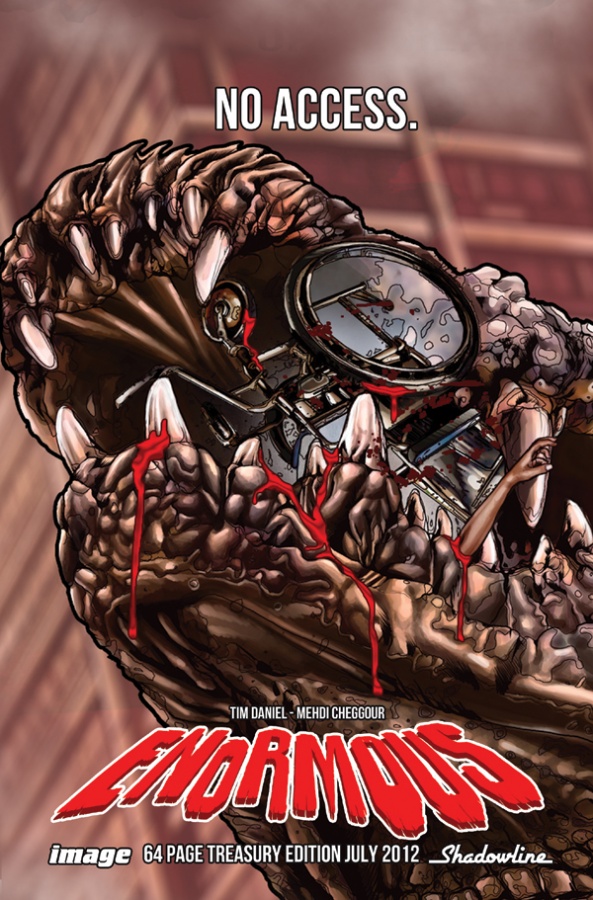 Over-sized, 64-pages and only $9.99 for it all, look for it in your shop in July from Image/Shadowline and ask your retailer about it now.