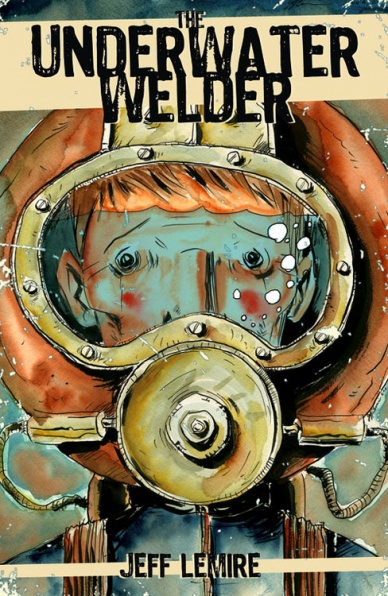 With “Lost Dogs” out on shelves this week, part of me wanted to tell you all about the little graphic novel until I realized that I already did some time ago. It’s with this in mind that I decided to look once more into the future for a book shipping in August: Jeff Lemire’s “The Underwater Welder.”

“The Underwater Welder” is the story of the eponymous Jack, a man living with his pregnant wife in the oceanfront two he grew up in. One fateful Halloween eve, he finds himself deep underwater as per his occupation, where a curious artifact awakens an enraged passion to solve a decades old personal mystery at the expense of his own life. It’s about growing up and moving on, about parents and their children, and life versus how we choose to live. It’s one part psychological thriller and one part epic that draws on isolationist themes and explores the emotional gamut life throws us down at the worst of times, all for the best of results.

With “Welder,” Lemire delivers his first graphic novel since 2009’s “The Nobody,” and despite the impressive work as Lemire has done since then, this feels like a homecoming in many ways. The characters immediately connect with no exposition or explanations necessary, the setting one you can easily get lost in. Lemire has proven in the past to have a deft ability at creating small universes that both feel bigger than they are while also seeming intimately familiar. It’s a concept anyone whose read “Essex County” to attest to, in it’s ability to tell seemingly personal stories that are accessible in different ways to just about everyone, and “Welder” brings that back ten fold. Here’s a story that doesn’t rely on being grounded in some form of reality, but instead floats on along a path of exploration and mystery towards an all too poignant climax. Lemire takes advantage of everything that comics have to other that other mediums don’t, delivering a moody piece of work that’s impossible to put down once you start.

From clean-line sequences to ones filled with watercolored brush strokes, this is a book that shows off Lemire’s talent as a writer and an artist, something his current DC output only displays half of. The further you go into the book, the more exploratory his art becomes, playing with all the space available to him and toying with things like decompression. Lemire had used early issues of “Sweet Tooth” (more so than recent ones) to explore forms of sequential storytelling, and “Welder” is a meld of what we can understand as standard narrative storytelling and more free-form comics, with different inking and coloring techniques used to evoke different ideas and emotions. It’s a very effective storytelling device, and one Lemire pulls off extremely well throughout the 200-plus page book.

This is, to put it bluntly, Lemire at his very best.

Suffice it to say, if you’re a fan of “Essex County,” “The Nobody” and some of the quieter moments of “Sweet Tooth,” you’re going to love “The Underwater Welder.” Then again, as long as you love great comics and heartbreaking stories, you’re sure to love “Welder” just as much.

It’s with no hyperbolic expression that I tell you “Welder” is an early and obvious contender for Graphic Novel of the Year. An incredibly touching exploration of obsession and the influence of parents on our lives, Lemire has once again created a nuanced and moving example of the best sequential art has to offer. If my words don’t convince you, take a look at some preview art: 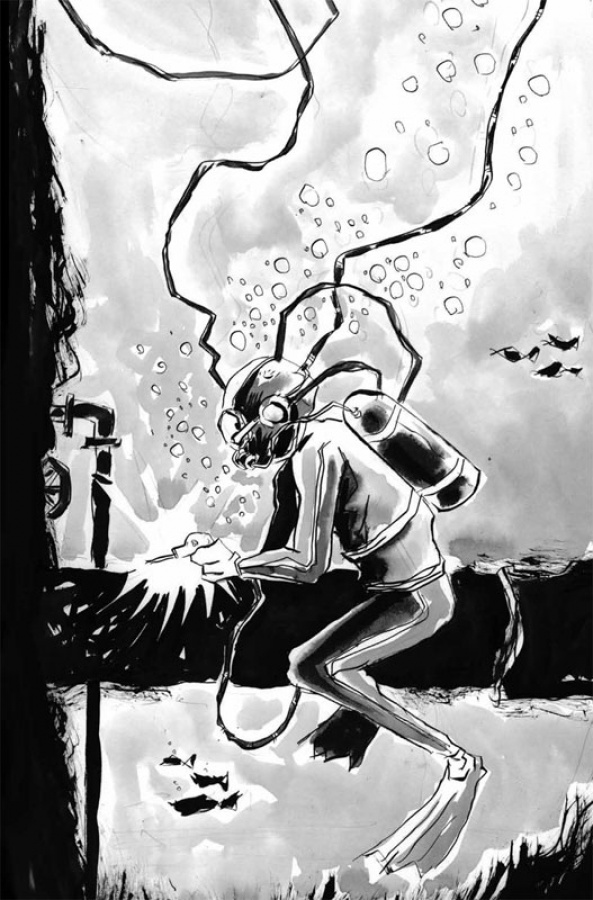 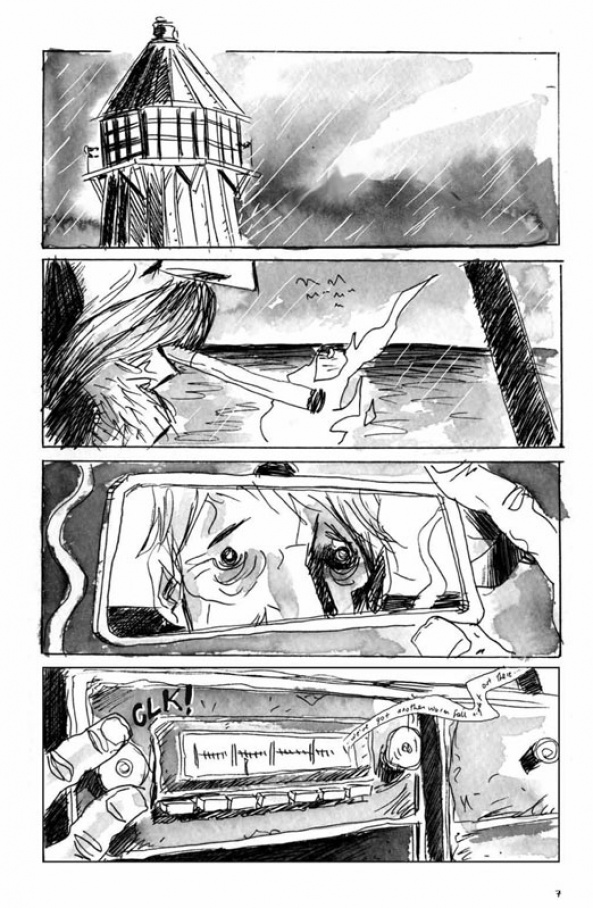 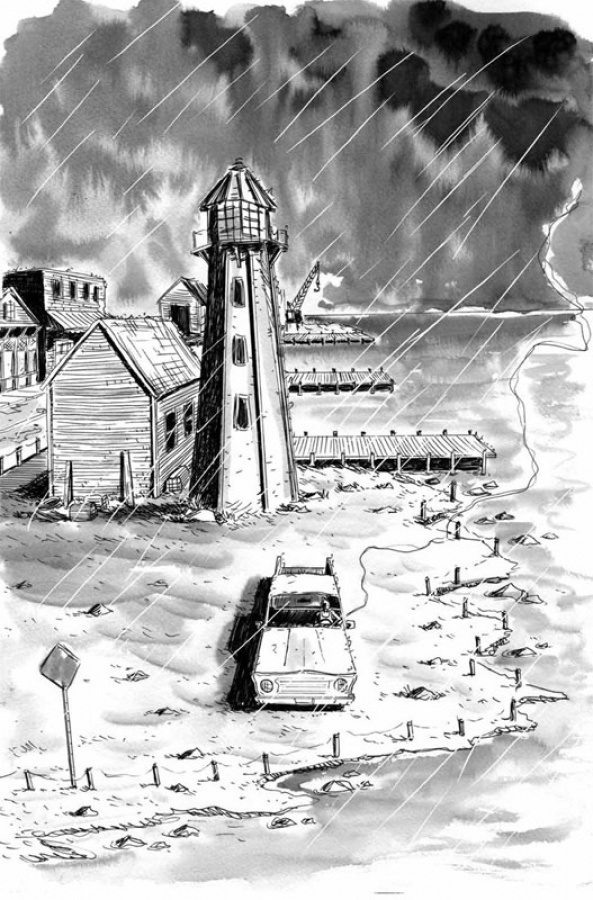 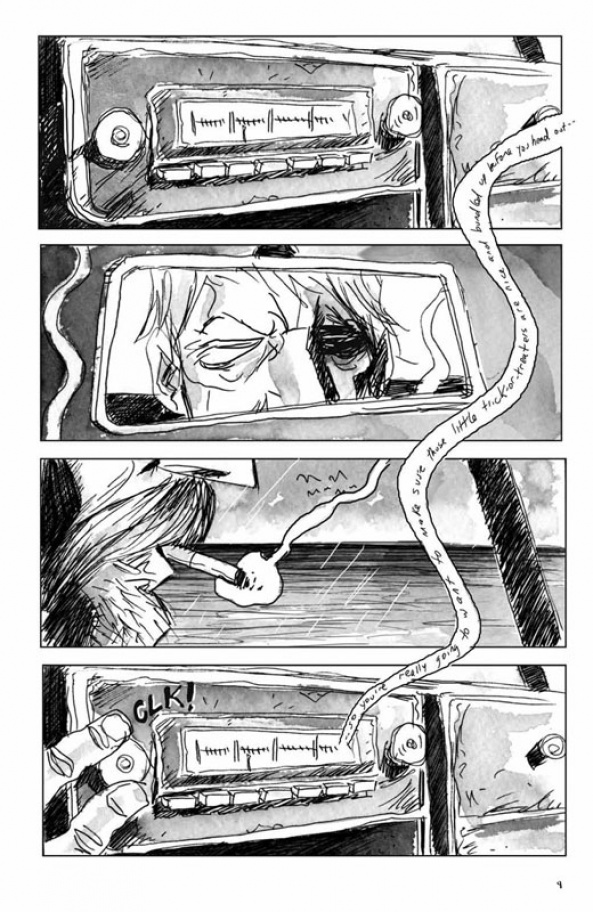 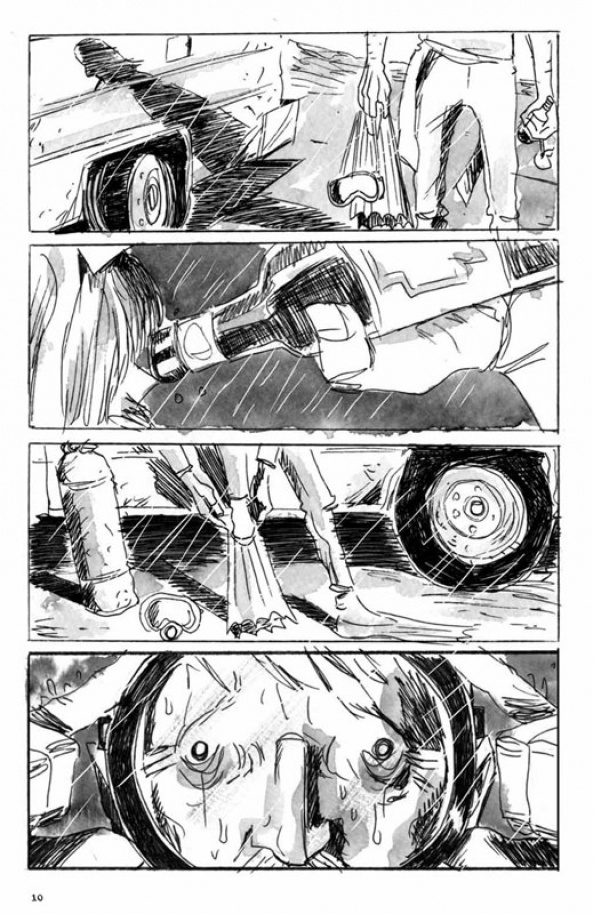 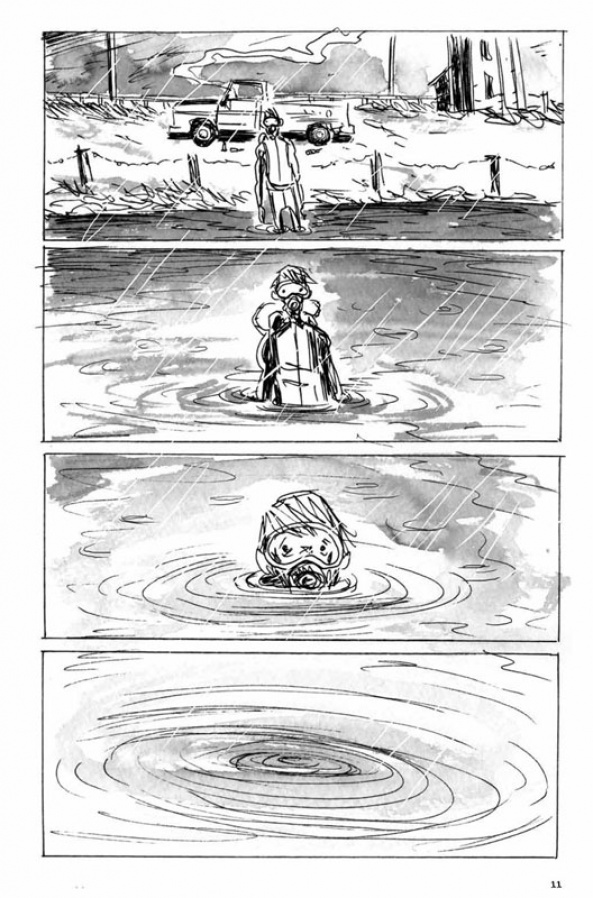 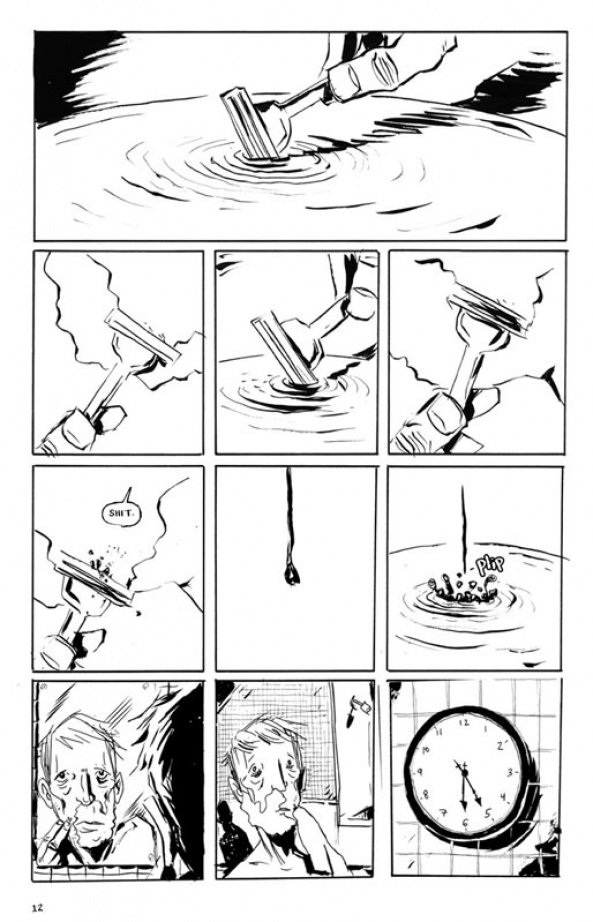 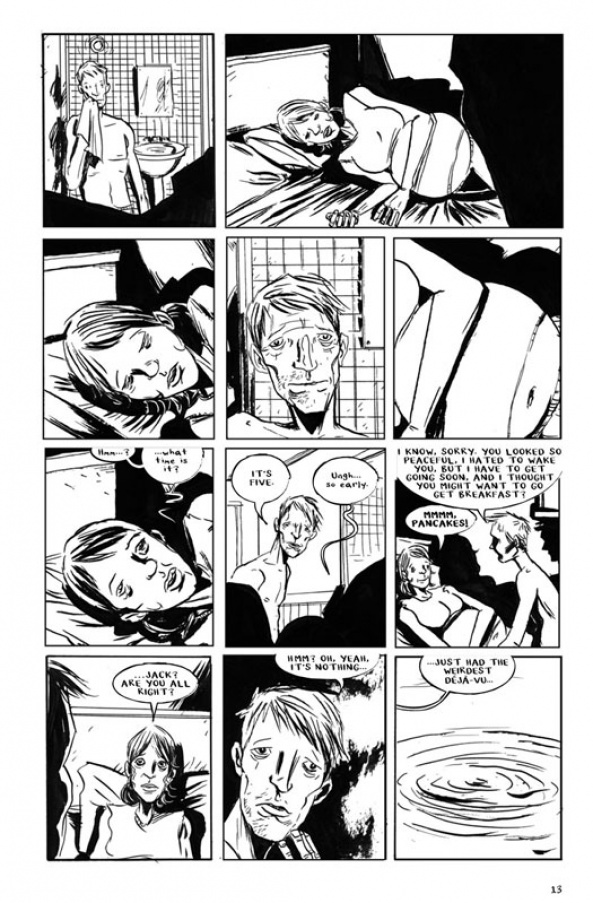 You can pre-order “The Underwater Welder” now if you’re so inclined both from Top Shelf directly or Amazon. Either way you choose, you’re making a wise decision.