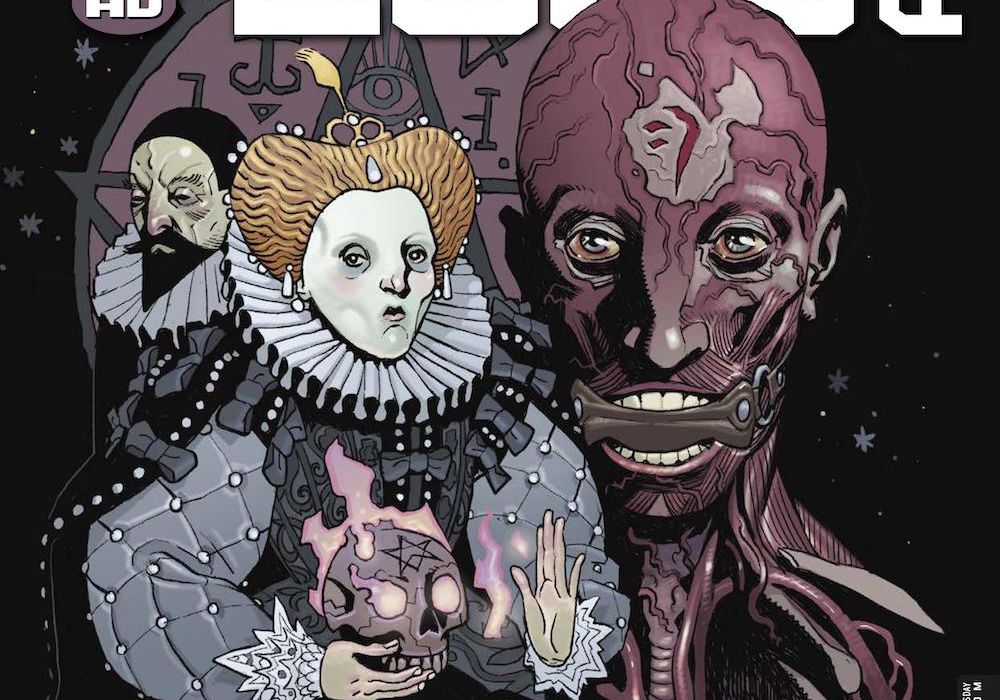 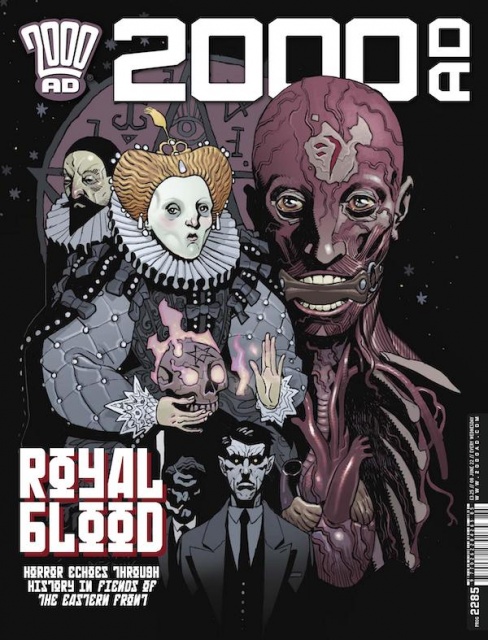 Greg Lincoln: ‘An Honest Man Part 4’ expands its character, study showing us more of rookie Judge Purcell. Purcell is nearly instantly grating, demanding, and unlikeable. Even the robot he deals with at Resyk seem a bit offended at his bad attitude. Its comment about him being a graduate of the “Law Academy Charm School” is pretty clever and a very apt description. Purcell’s drive to get back at Asher, however, he can drives him to overstep his authority as he goes after the “Auxie with the face.” He goes as far as to claim to be working “with” Dredd to get his way. That moment feels so much like a big mistake that will bite him back later. It shows his character and quality as a person and a Judge. Ken Neimand equally builds on Asher’s tale. The once Judge is doing something sketchy, he and the reader both know it, and he will likely pay a hefty price for it. His actions, though criminal, are mostly for someone else’s benefit and to atone for his criminal past. He seems more an honest man for his intent over the viscous attitude of Purcells in the vendetta against him. Dredd getting pulled into Purcell’s pursuit will likely doom both he and Asher. Neimand spins a thought filled, complex crime story, and the character study is engrossing enough to forget Dredd’s case. It is possible there is a bigger story afoot that could spin out of this, but only time will tell.

Tom Foster’s art is very strong this week. The depth and detail on these pages give life even to the robots Purcell accosts. It is obvious that they are robots, but it’s likely you’ll look twice to be sure due to the personality in the art. The rich quality of the inks adds to the reality of this weeks story, a lot of effort went into this art. Closeups and subtle expression changes play a big part in how we feel about Asher and Purcell, and Dredd, well, he’s as always inscrutable as ever. The weapon closeups in the final panel up the stakes for next week as Asher is alone and probably unprepared for an ambush. The atmosphere created by the shadows in that final scene add to the mystery and reinforce the crime noir feeling. It’s MegaCity-One Asher, hope you’re prepared for the violence that may be coming.

Matthew Blair: Here’s a pitch for a classic Hollywood movie: Blintz Finnigan is a television producer who hasn’t had a hit in years is re-introduced to an old writing partner of his named T.T Pelling that just got out of prison with some serious mental issues. Said writing partner is determined to pitch a show to his old friend…and he just won’t take no for an answer.

That’s basically the plot of “Terror Tales: Wunza” and the whole thing is a wild, bloody, and cocaine addled ride off the cliffs of insanity.

“Terror Tales: Wunza” is written by John Tomlinson, who seems to have a strong dislike of the Hollywood system and the toxic culture that is associated with it. Tomlinson demonstrates a detailed understanding of all the tropes that pervade Hollywood and the people that make movies happen and creates a script that is very high energy and tongue in cheek. Blintz is the classic showbiz idiot who is coasting on previous success and reputation while Pelling is a crazy drug addict who has snorted so much cocaine it’s surprising his heart hasn’t exploded. It’s a wild, funny, and dark ride that is pretty exhausting, but pretty funny at the same time.

The artwork for “Terror Tales: Wunza” is provided by Eoin Coveney and Alessandro Vitti. The whole comic may be in black and white, but it absolutely explodes off the page with energy. The art style alternates between a minimalist design on one panel, followed by a highly detailed and exaggerated face on the next. When it’s coupled with a high panel count, it makes for a book that reads very quickly and you almost feel exhausted after reading it. It’s a fun partnership that combined to create a great story.

“Terror Tales: Wunza” is a fever dream of blood, terror, and cocaine that reads quickly and leaves the audience trying to catch their breath. It’s a fun satire of modern day Hollywood that falls back on the usual tropes, but still does a very good job with them. 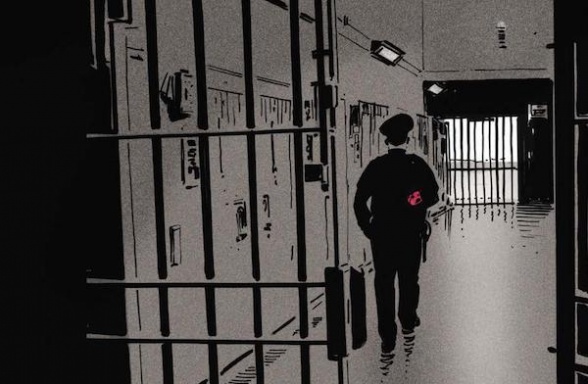 Christopher Egan: Dark Magick and horror are at the forefront of this week’s chapter. Stress and determination are soaked into every bit of the noirish narration as Hope drives off into the desert in search of a powerful mystical object.

The entire chapter moves at a good clip while anchoring us with just enough dialogue to slow us down from turning the pages too quickly. Readers are also gifted a little bit of blood and gore in the shape of a ragged dismembered hand. This is a moment of icky delight and shuddering spookery. I love when horror can walk between giving us the creeps and pure enjoyment in what we are experiencing, without making it an outright horror-comedy or something similar.

Even with as entertaining as this chapter is, we are never far from the real terror on the horizon nor are we allowed to stop being unsettled with every turn of the page. 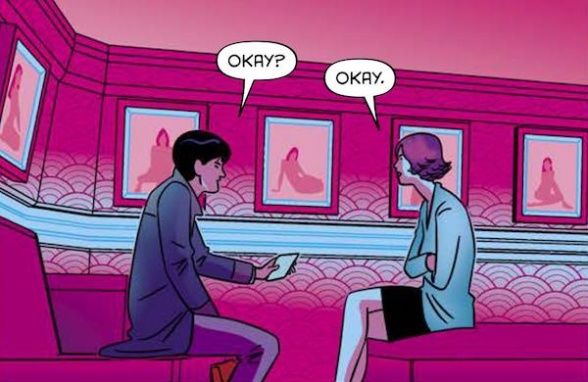 Brian Salvatore: In what seems like it would be a somewhat extraneous installment of ‘Mercury Retrograde,’ Dan Abnett gives a ton of information to the reader about the overarching issues of the Brink and, specifically, the civil unrest happening. This is the story that Maz’s wife has been waiting for, but with her away, Maz takes the case. And while he says the right things, his paranoia almost blows the deal, as he’s shifty and odd, which doesn’t exactly put the source at ease.

Again, and I feel like this gets said every week, INJ Culbard does a lot of work with some pretty static, talking heads scenes here. His Maz feels on the edge of his seat and, while not showing his perspiration, he feels sweaty and jumpy and uncomfortable, and not just because he’s in a ‘hooker hotel.’

This installment squarely adds a third system to the broken pile that this story has been exposing. Along with the cult-ish unions and the heartless corporations, we now have the crooked government, who is willing to sell itself for a few rides off-Brink. There’s not a ton of connection to the overarching story of ‘Mercury Retrograde’ – yet – but this certainly changes the tone of “Brink” in general. 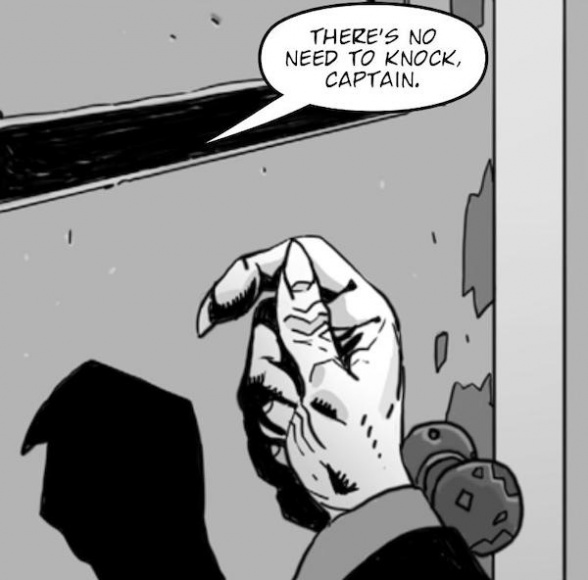 Michael Mazzacane: After the monstrous last few strips it was almost easy to forget that “Fiends of the Eastern Front” is in fact a story of spy craft. Those stories have monsters they just might not dress up like flying crocodile demons. It is that level of monstrosity, the cold calculus of wagering human life and the insanity of nationalism, that Ian Edginton and Tiernen Trevallion wade through in this final strip of the arc.

The strip is primarily centered around a debrief between Constanta and the very much alive, or is it mostly dead, Major Doleman nee Occultist to Queen Elizabeth I Dr. John Dee. Doleman has short thanks for Constanta taking care of Cain like that, someone who had been on his wish list for years. It’s at this point that the creative team lean into the tropes of the spy genre as our despicable protagonist is not too happy at the realization that the institution he works for used him as bait. It’s an interesting character turn that forces some shades of nuance onto the character. Doleman justifies his actions that Constant is just a weapon, and their pact was built on that simple mechanic, they pointed and he slayed.

This is the beginning of a parting of ways between the two something that Tiernen emphasizes by constantly mirroring them off one another. This mirroring is visually instructive, though it causes some questions about what the lighting is like with each of them having similar shadows. Tiernen’s cartooning skills come through as he leans into the excessive and monstrous side of things for Doleman in a few key panels that show how unhinged and loyal a servant he is.

This is a row that will take some time to mend, it’s a good thing both have nothing but time. Although something tells me they’ll be forced to work together sooner than later. 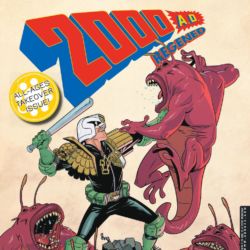 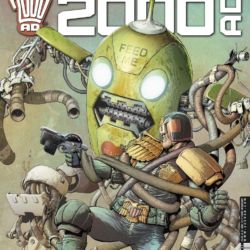 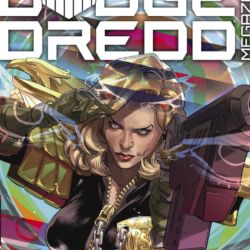