Every January, people take stock of their past years, and decide to make some changes. We at Multiversity are no different; we’ve taken a look at our biases and our habits, and decided that we can do better. A number of our staff members have contributed how they plan to improve their comics lives in 2016 – read on, and add yours in the comments! 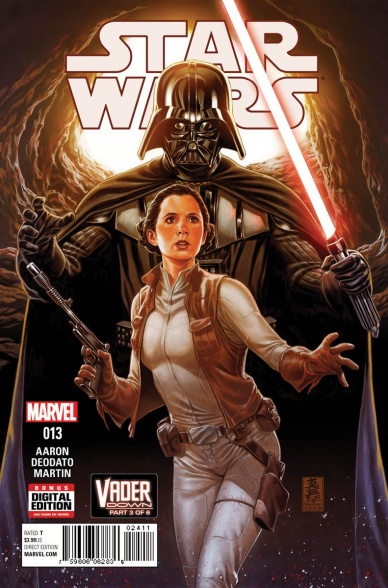 Brian Salvatore: As I’ve gotten older, I’ve become better at dismissing old stereotypes and generalities that kept me from enjoying more in life. In 2015, I finally embraced manga, I started eating olvies – I’m getting more open minded. But for 2016, I want to go one step further: this is the year I want to really embrace licensed comics.

Aside from a very, very small list (“Transformers Vs. G.I. Joe” and…well, that’s about it), I’m not a regular reader of licensed comics. Part of that is due to the lack of licensed titles that appeal to my sensibilities. Or, at least, that was the excuse a few years ago. With IDW’s “Back to the Future” and BOOM!’s “Bill and Ted” comics, my time-travel nerdery is calling to me like a siren. Also, I’m a guy who quotes Ghostbusters near daily, and IDW has been turning out various Ghostbusters comics for years now.

And the grand daddy of them all, Marvel’s Star Wars line, is really, really great, yet I’m not picking up all of them. Why? I love Star Wars. Why do I have an aversion to licensed books? I don’t really know, but I plan on spending 2016 figuring it out. 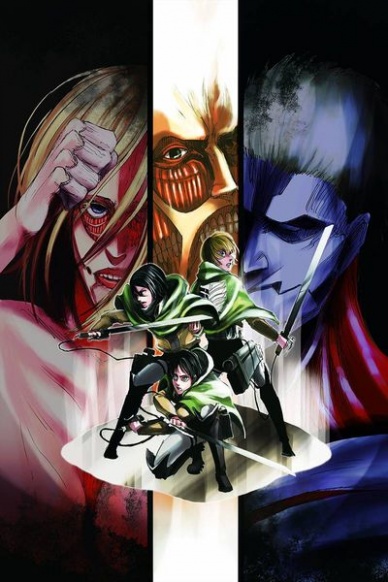 Ken Godberson III: My resolution this year is something of a two-parter: Me as a fan and Me as a critic. On the fan side, I am making 2016 my Year of Returning to Manga. I had distanced myself from superhero comics around 2003-04 because that’s when I started to get into anime which got me into manga. I kept up with western comics but from a distance. I did return to the Big 2 in 2011 and realized that I had begun moving away from manga now. However, this year I discovered such books as “Attack on Titan” and especially “Tokyo Ghoul” and now all those feelings reading manga are coming back. Got other books such as “Deadman Wonderland”, “World Trigger”, “Blood Ladd,” “Blue Exorcist”, “Cross Game” and more on deck to dive into in the New Year. So, if you want to send a name or two of manga that you find great, drop me a line.

Now on to me as a writer for Multiversity Comics. Those of you who follow me on Twitter know I like to make the remark that there is no such thing as Comics Journalism. It’s a semi-serious joke. Despite the fact that I began working for a site that has a focus on comics, I don’t consider myself a comic journalist in the slightest. I’m just some guy that got lucky enough to get some people on the internet to listen to me about my opinions on a medium that’s -let’s face it- financially suicidal for people with low disposable income. My Resolution as a writer of comics is simple: to do better. I will be self-aware of my own biases and habits when I look at something critically. I will avoid pitfalls that I see others fall into (Like letting fanboyism blind me to massive flaws or using the incredible subjective term “important” to justify everything I like). I will spotlight books a bit more outside my norm (should be of note that, in the year of 2016, the West will finally see the release of the ”Baccano!” light novels and you’re damn right I’ll be talking about them). All in all, I will be a better writer about the comic medium.

Also, I will complete the You should probably just ignore this last part. 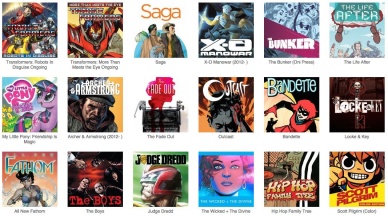 Vince Ostrowski: Much like telling myself (every year) that this is the year I’ll finally go to the gym at least 3 times a week, this is finally the year that I go entirely digital for my monthlies. I don’t need the clutter anymore. In the year 2016, nobody does. I don’t know why I continue to put myself through carrying longboxes up and down stairs, in and out of the dingiest corners of my basement, just to catalogue and re-arrange them, when my iPad could be doing it for me. I get a dozen times more satisfaction out of looking at a bookshelf full of gorgeous hardcovers, than I do a bunch on nondescript white boxes. They’re my person shame. An extra-long albatross around my neck. No more, I say.

I really want to whittle down my Marvel and DC to the bare essentials. I’m going to try something different this year. Instead of trying just about every new #1 they put out, I’m going to wait and listen to the buzz on some of these books. I’ll still take chances on the Marvel & DC creators that I think are essential (the Tom Kings and Steve Orlandos of the world), but I’m not going to take fliers on every new book just because it’s a new #1 anymore. I’m going to take that money and put it back toward supporting more foreign and indie stuff. The more obscure stuff that I used to read all the time, but just didn’t make enough time for this year. I did a really bad job of keeping up with what was coming out of Fantagraphics and Drawn & Quarterly this year. I plan to course-correct in 2016. 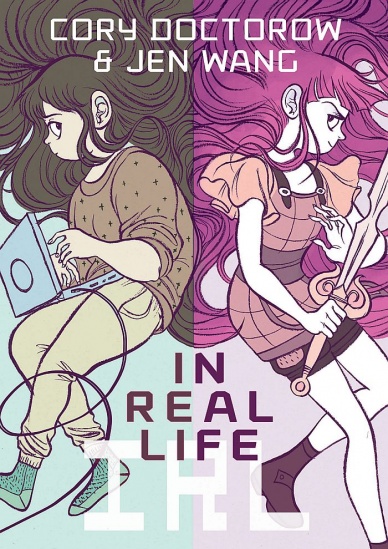 Mark Tweedale: One of my favourite books for 2015 was In Real Life by Cory Doctorow and Jen Wang. However, it wasn’t on any of Multiversity’s end of year lists, because it’s actually from 2014. That book should not have escaped my notice for that long, and I can’t help but wonder what else has slipped through the cracks. So I’m going to try to read more widely in 2016. I’m still not sure I’ll be able to wade into superhero waters, but there’s a lot out there I haven’t explored yet. Mike Romeo kicked things off by recommending Dan Abnett to me. Let’s see where this goes…

What Were Your Comic Highlights of 2015? [Reader Poll]

We are beginning to wrap up our coverage for 2015 (don’t worry – we aren’t shutting down for the rest of 2015, but simply slowing down during the holidays), and you’ve heard both us – as well as some of our creator pals – talk about their year in comics. But that’s not enough – […]