Terry Moore’s Abstract Studios is an imprint that’s been around for more than two decades and has dozens of awards and award nominations to its name. You’ve probably enjoyed “Strangers in Paradise,” “Echo,” and “Rachel Rising,” but do you know much about Abstract Studios? You will soon, because it’s the next publisher to get the Small Press Spotlight. 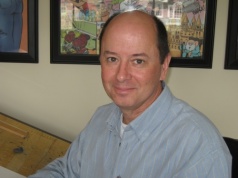 Terry Moore didn’t intend to make comic books. As a big fan of Charles Schultz’s “Peanuts” strip, his original plan was to make a syndicated cartoon strip of his own. After trying out a few different ideas, he soured on the gag-a-day approach and wanted to tell a full story instead. In the early 90s, he visited his local comic shop and discovered small press publishers were currently having great success.

Using some characters from his aborted comic strips, he began making a full-length comic while spending a full year researching the ins and outs of the industry. When he was ready, he sent xeroxed copies of his book and sent it to seven different publishers. He only heard back from one, Antarctic Press. They agreed to print his book, “Strangers in Paradise,” as a three-issue miniseries and as a collected edition. The first issue was release in November of 1993. 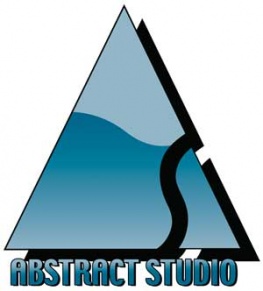 Minus Antarctic’s fees and expenses, Moore made $1,700 on the whole venture. Unsatisfied with that amount, he began using the first issue of “SiP” as his credentials to find a different publisher. He reached out to Fantagraphics, who wasn’t interested, and to DC, who offered him work on one of their books instead of his own. Moore took a third option and decided to publish the books himself.

The first step was to name his company. You might expect a meaningful story behind the moniker ‘Abstract Studios,’ but according to Moore the truth is much more down to Earth: “It started with “A”. I knew it would help to be at the front of the order catalog.” 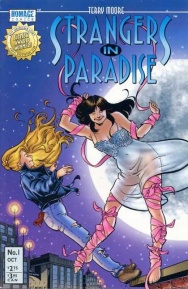 Working completely by himself, Moore released the second “Strangers in Paradise” #1 in September of 1994, less than a year after the comic was originally published by Antarctic. The decision to self-publish was immediately validated when the venture netted Moore $10,000. For the first couple years he handled every facet of the book, from plots to warehousing surplus stock, alone. After making 14 issues this way, he joined Homage Comics, the writer-driven portion of Jim Lee’s Wildstorm Productions. When the first Homage issue was released in October 1996, the series was once again renumbered. Eight issues were published by Homage before Moore reverted back to self-publishing through Abstract. This time, he continued the Homage numbering system after the switch, so Abstract released “SiP” #9 in September 1997, thirteen months after releasing “SiP” #14.

There was an important behind-the-scenes change to the new Abstract Studios though – Moore was no longer running everything by himself. His wife Robyn stepped in to help by taking over all of the real-world aspects of publishing, which allowed Terry to focus solely on making comics.

Despite the success Moore had with “SiP,” he never thought he’d make it as long as he did. The idea of one creator sticking with one story was nice, but he knew such scenarios were rare and expected he would make an “endless variety of titles” to keep working. He ran with his creation as long as he viably could, then happily switched to a different book when the time was right. 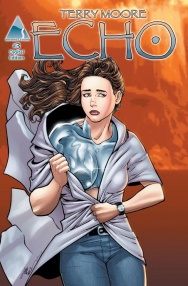 That time came in 2007, when the final issue (vol 3 #90, 107 issues total) hit the shelves. Between its conclusion and the opening chapter of his next series, Moore wrote two books for Marvel. Like other mainstream work he had done in the past, he took these jobs in part to raise his profile. His runs on “Spider-Man Loves Mary Jane” and “Runaways” were both short but acclaimed, and helped to draw readers to “Echo” when it began in March 2008.

Unlike “SiP,” which had always been an open-ended story, Moore set out from the beginning to tell “Echo” as a limited story. This self-imposed challenge forced him to alter his narrative style and helped him grow as a writer, and the genre shift to science fiction allowed him to explore different ground than the personal drama of “SiP.” It ran for 30 issues, and was just as acclaimed as its predecessor when it ended in 2011. 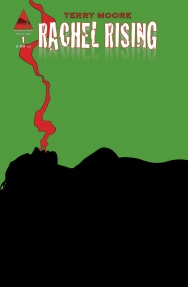 The third series from Abstract would be another genre shift, this time to horror. “Rachel Rising” was born out of an unused idea from Moore’s 2002 run on “Birds of Prey.” It too has been critically acclaimed, but has had some trouble finding an audience. In a December 2013 twitter conversation with “Locke & Key” writer Joe Hill, Moore casually mentioned sales had slipped, and were now at the same level “SiP” had been when he decided to cancel it. Word spread quickly, and soon fans of the book were telling everyone to #SaveRachelRising. The effort slowed the sales drop, but did little to increase the title’s readership. Over the course of 2014 sales remained rather steady, dipping from 7.8k to 7.5k. It remains in production for now, but there’s no doubt Moore and Abstract Studios will have another great book lined up when the time is right.