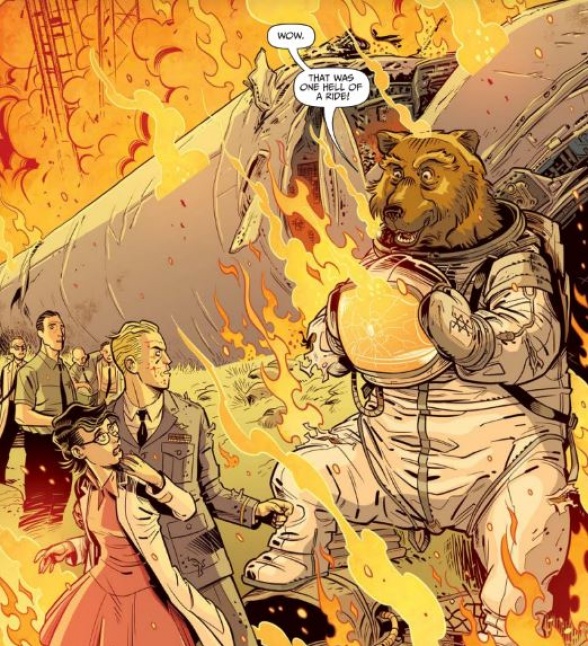 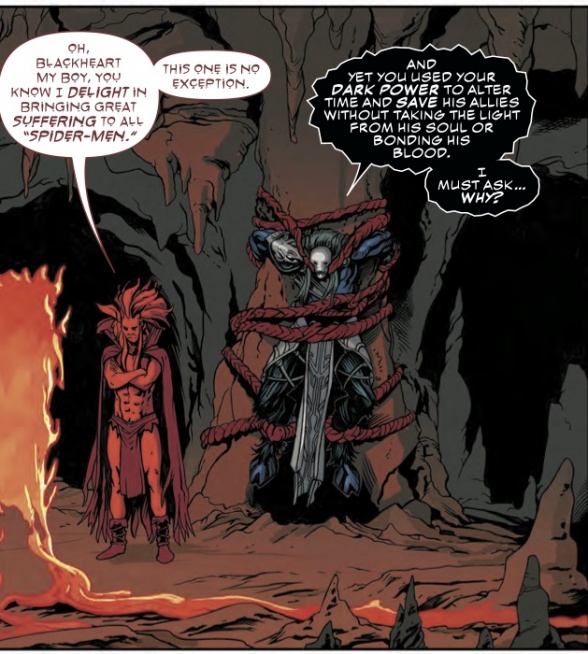 “Champions” #4: It was either that or the long wait until he grows up and has to trade his marriage for one reason or another. – Robbie Pleasant 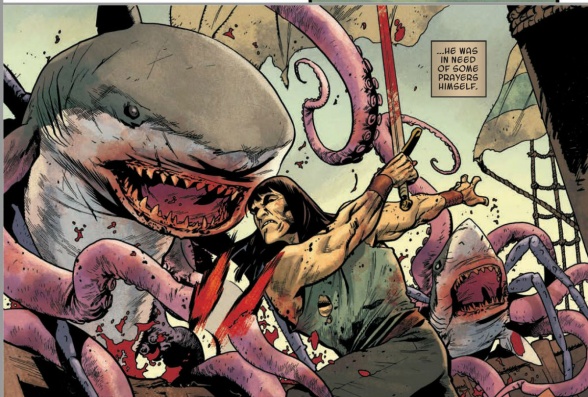 “Conan the Barbarian” #5: Conan’s life has always been strange but squid sharks seems like its near the top. Also, is this issue just Conan by way of Junji Ito? – Elias Rosner 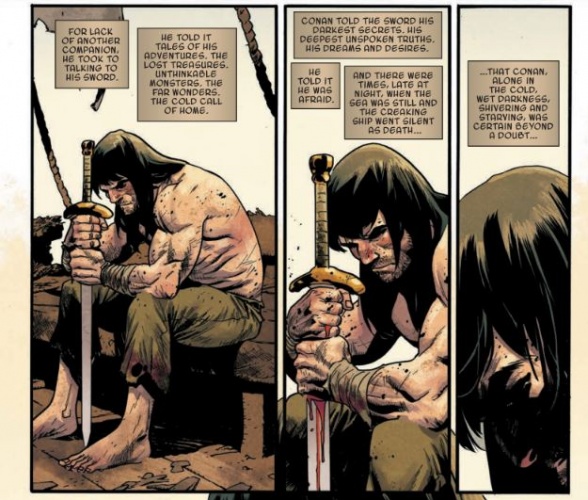 “Conan the Barbarian” #5: Sounds like you had a pretty special and intimate relationship with this sword and that losing it was almost comparable to losing a loved one. – Jake Hill 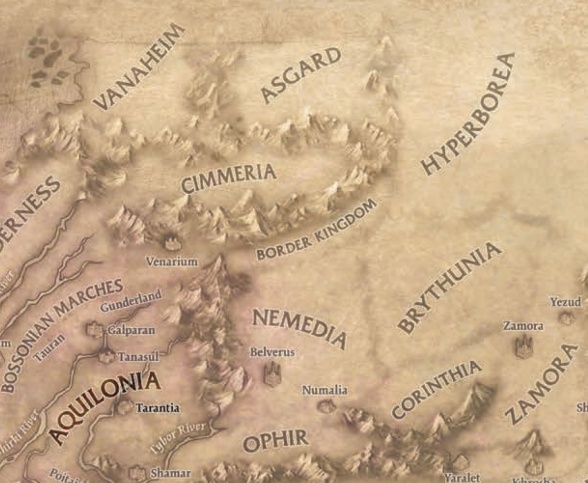 “Conan the Barbarian” #5: Prior to this, I’d only read the Dark Horse Conan comics by Busiek so I had no idea the Asgardians and the Vaneir were neighbors in the Marvel canon. Does this mean Conan knows Odin? – Elias Rosner 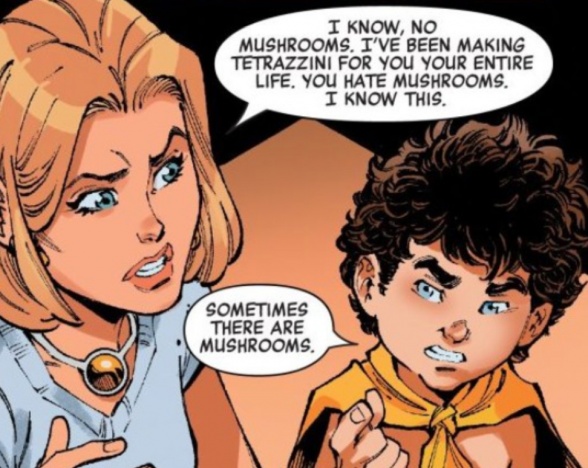 “Cosmic Ghost Rider Destroys Marvel History” #2: I take back everything I said about this kid last month. He is a demon seed and I can’t wait for his mushroom hating self to get caught in some Maggia crossfire. – Dexter Buschetelli 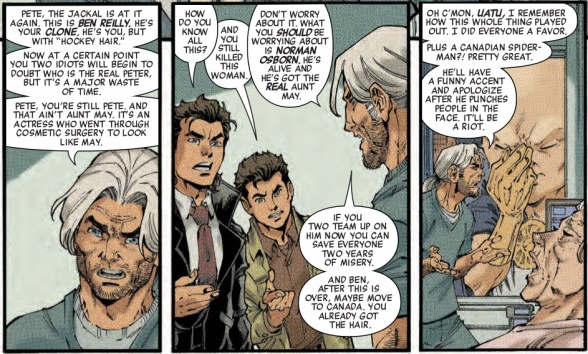 “Curse Words Spring Has Sprung Special” #1: Literally no one:
My kinda racist uncle on Facebook: What about the slaves who were white? – Dexter Buschetelli

“Die” #5: That is a look of intensity and ecstasy by way of complete control. Now I understand what Kieron meant when he said “like bards but everyone is rightly terrified of them.” – Elias Rosner 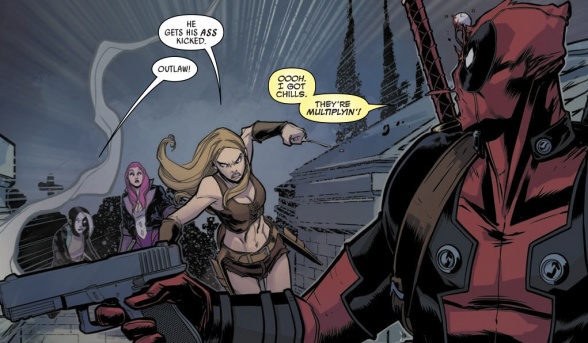 “Domino Hotshots” #2: Karaoke with Deadpool! And now the Grease soundtrack is stuck in my head. – Robbie Pleasant

“Domino Hotshots” #2: Gail Simone gets Deadpool. This single issue went from the humorous to the dangerous to the heart wrenching moments without missing a single beat. That’s how it’s done. – Robbie Pleasant 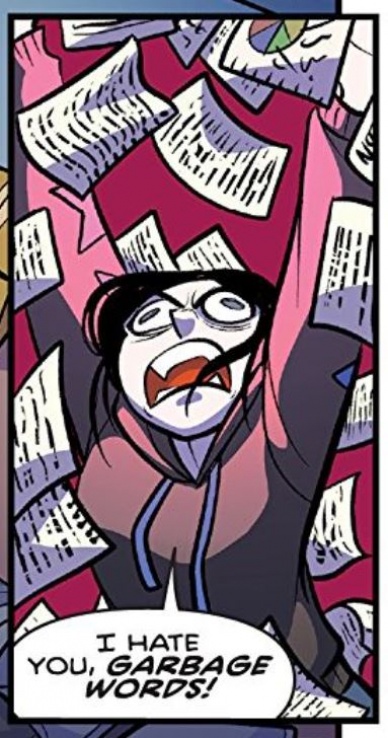 “Giant Days” #49: An accurate picture of every college student at this time of year ever. – Kate Kosturski 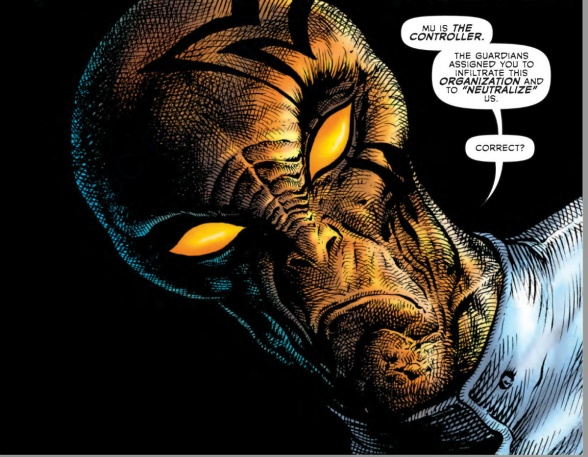 “The Green Lantern” #6: WHAT EVEN IS THIS GORGEOUS, THROWBACK SERIES?! – Elias Rosner 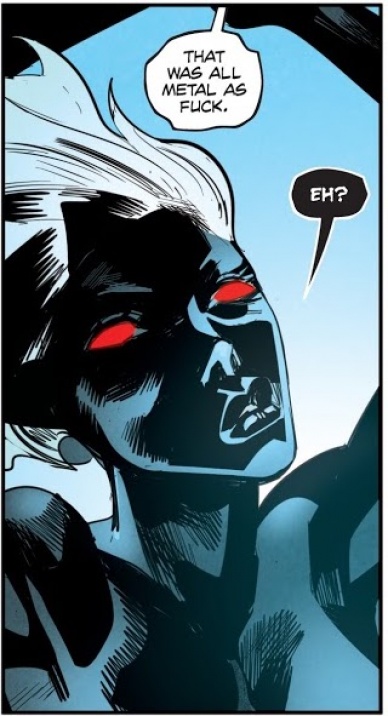 “Hack/Slash vs. Chaos!” #4: Ernie might be on to something here. – Gregory Ellner 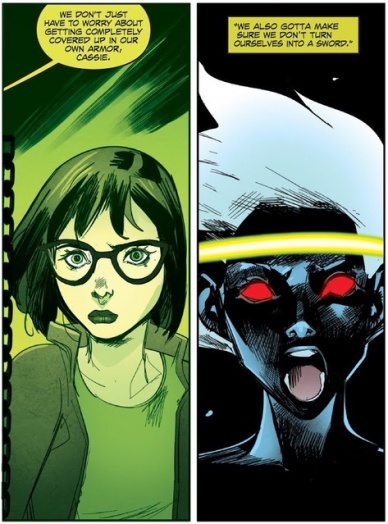 “Hack/Slash vs. Chaos!” #4: And the award for best summation of why to avoid a Freudian excuse (in-character) for a hero goes to… – Gregory Ellner 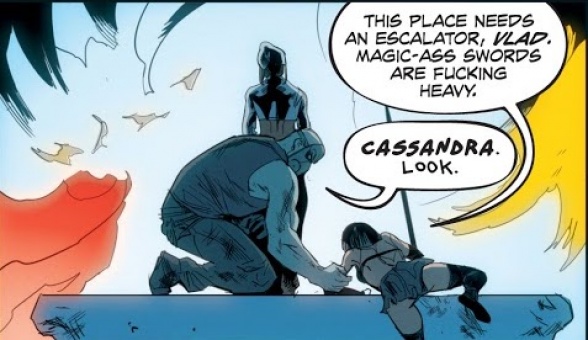 “Hack/Slash vs. Chaos!” #4: See, that’s the problem with being a horror hunter without super strength. You still have to use the giant swords sometimes. Some modern courtesy would help. – Gregory Ellner 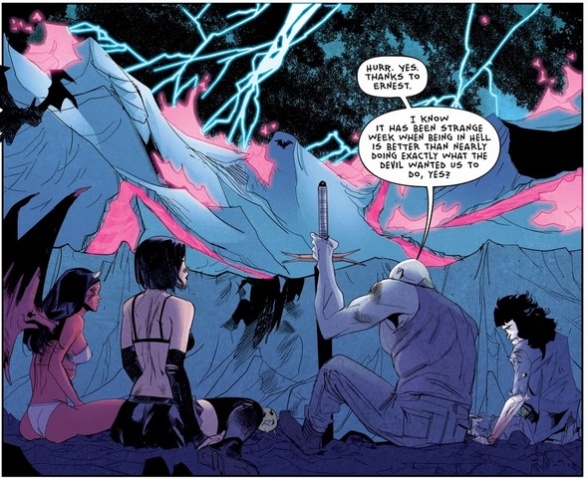 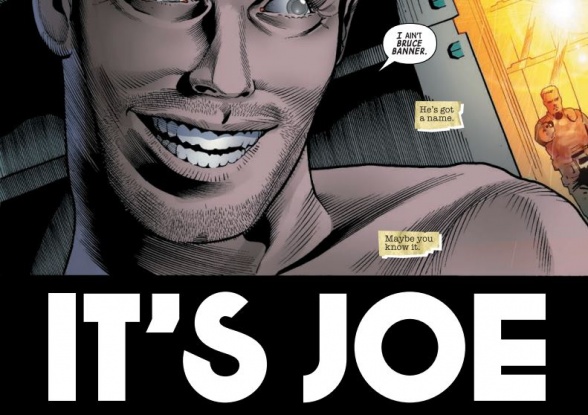 “Immortal Hulk” #16: Now that Wreck-It Ralph is a thing and both series are owned by Disney, is it too much to ask Joe Fixit to be their answer to Fix-It Felix, Jr. to Green/Devil Hulk’s Ralph? – Gregory Ellner 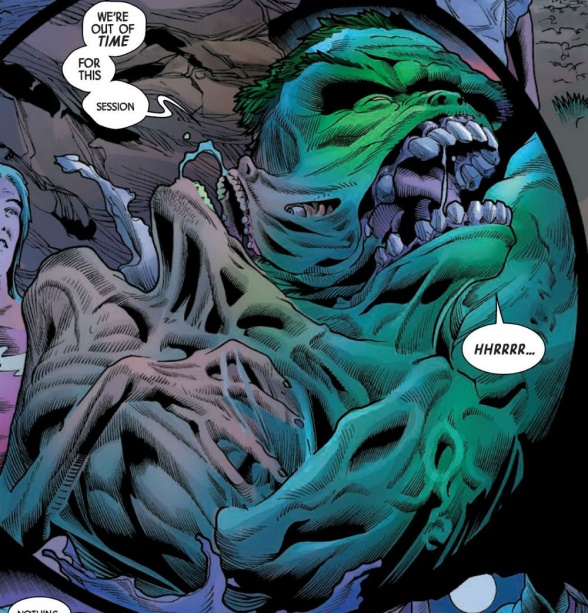 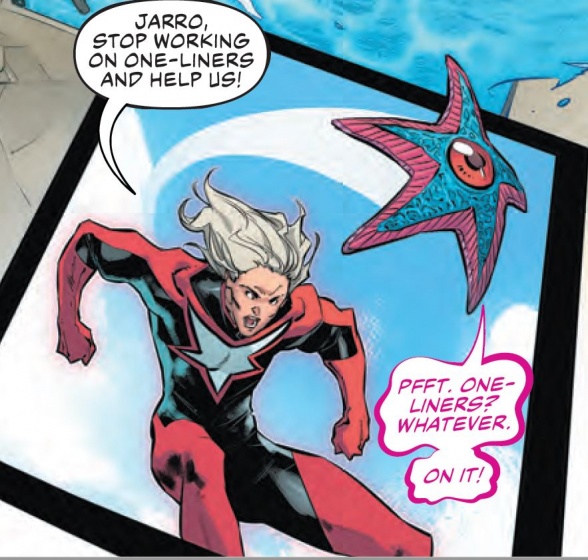 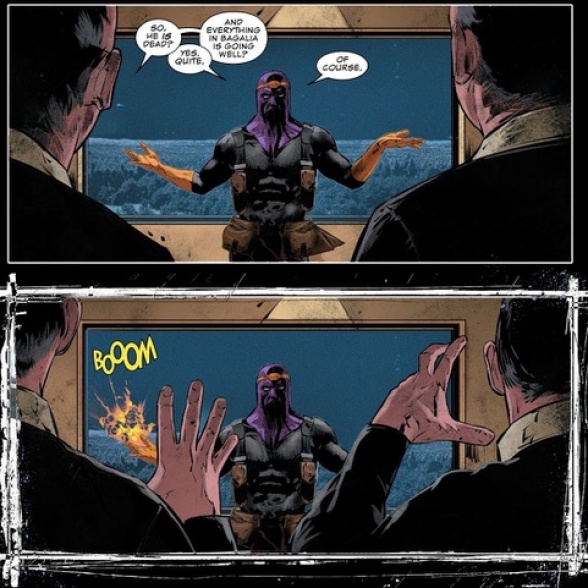 “The Punisher” #10: Pay no attention to the warzone behind the curtain. – Gregory Ellner 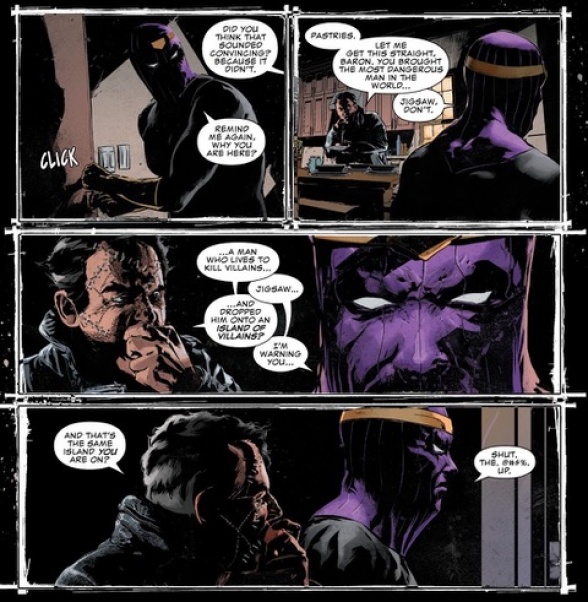 “The Punisher” #10: Well, when you say it like that, it sounds dumb. – Gregory Ellner 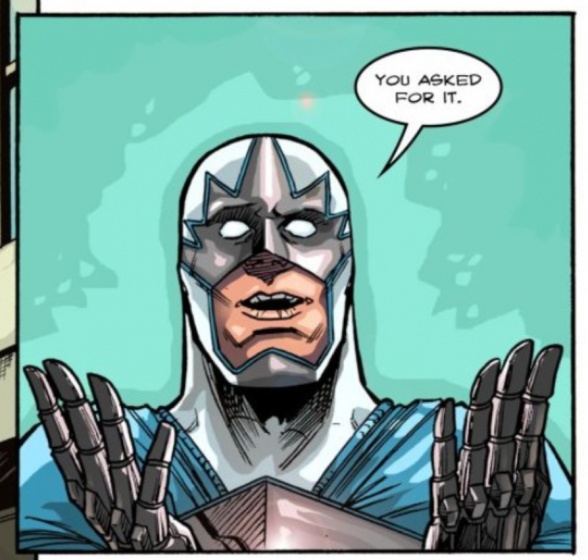 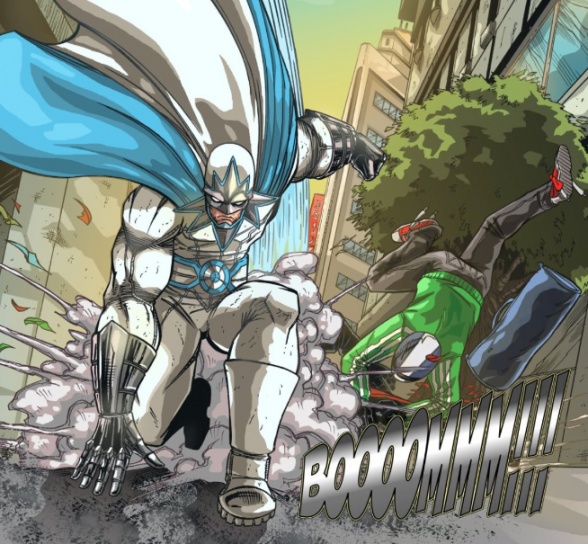 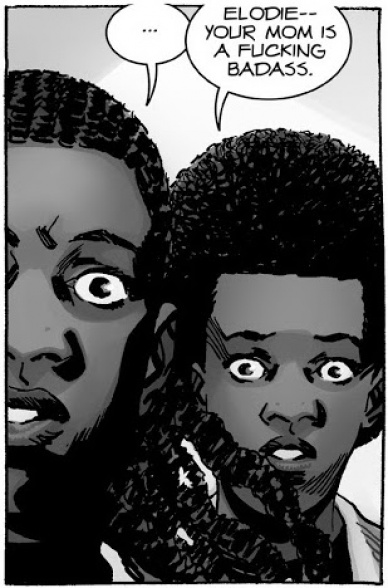 “The Walking Dead” #190: Good to know they’re finally realizing this rather fundamental concept of the series. – Gregory Ellner 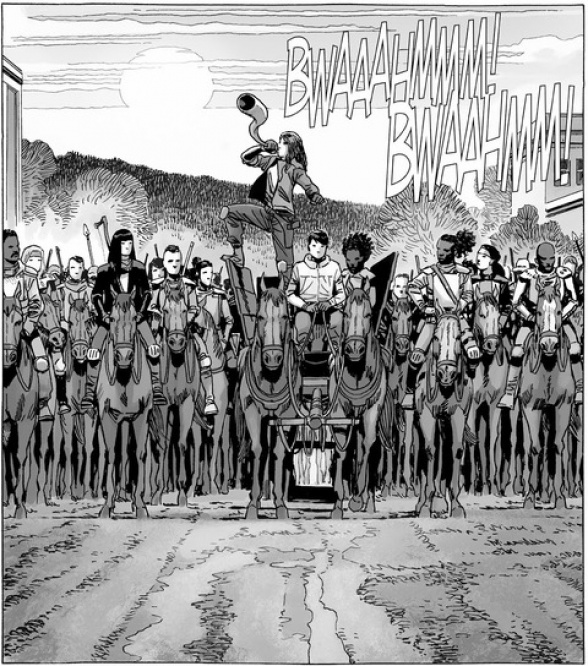 “The Walking Dead” #190: That’s the fourth coolest blowing of the shofar I’ve seen this year. Not half bad, Magna. – Gregory Ellner 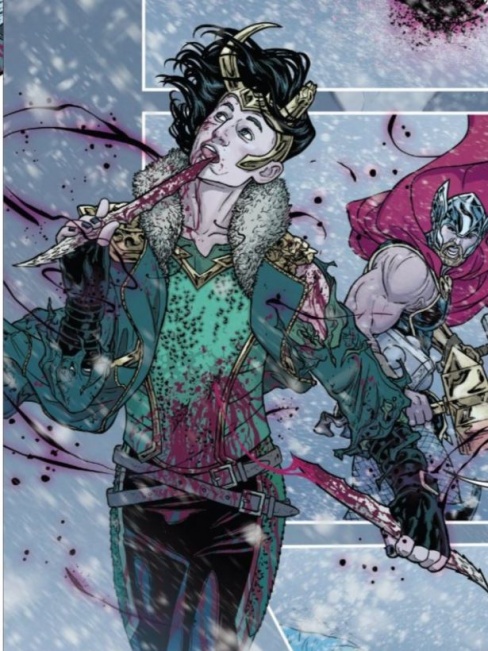 “War of the Realms” #1: Loki – “Mmmmm, delicious stabby weapons.” Thor – “My brother is disgusting and I am ashamed.” – Elias Rosner 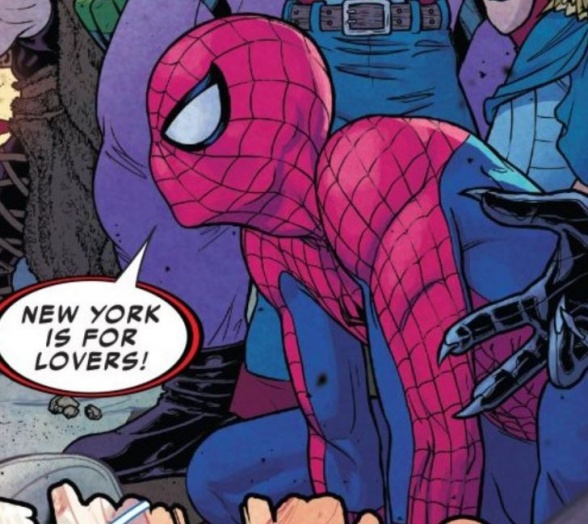 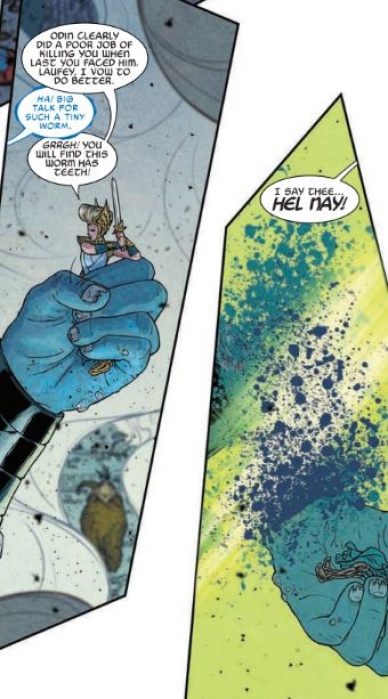 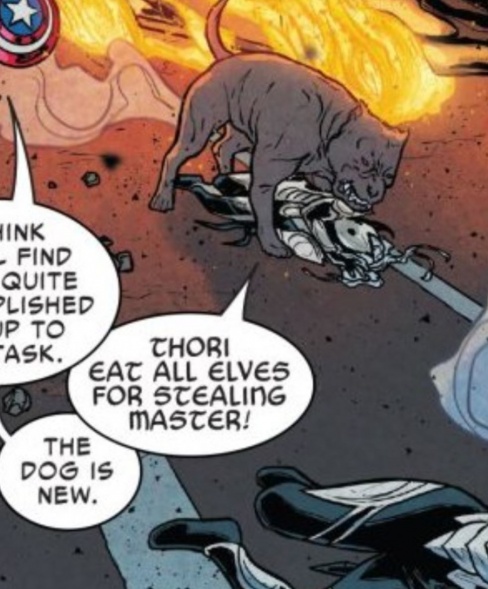 “War of the Realms” #1: Thori is best murder dog and no one can tell me otherwise! – Elias Rosner 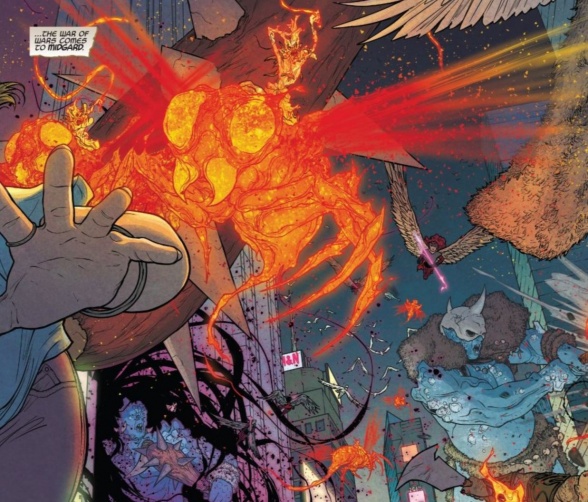 “War of the Realms” #1: AAAAAARRRRRRRRRRRRTTTTTTTTTTTT!!! (Every page of Dauterman and Wilson’s return deserves this comment. Every. Page.) – Elias Rosner 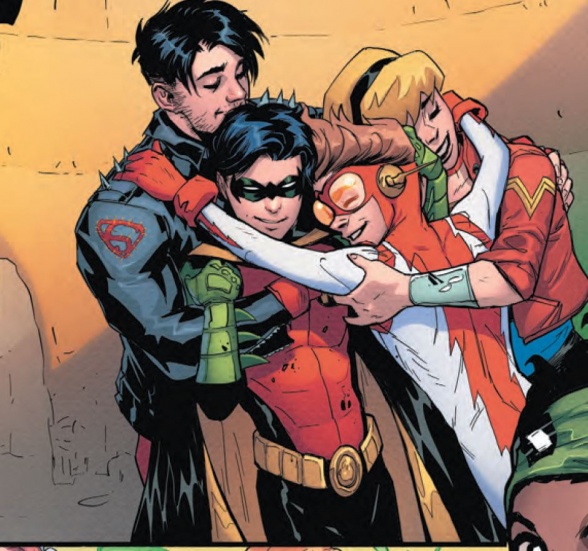 Saturday Morning Panels: Week of 5/6/2020 – Comics that Became Other Properties

Hello and welcome back to Saturday Morning Panels!With the shutdown of Diamond Comics Distributors due to COVID-19, there won’t be new comics for who knows how long. Rather than put our column on hold, we took a page out of our Special Edition playbook and bring you our favorite panels around a particular theme.A few […]