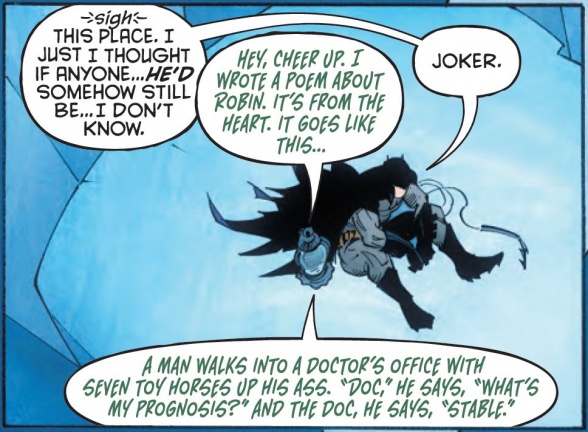 “Batman: Last Knight on Earth” #2: Joker, buddy, you’re a disembodied head in a lantern next to Batman searching for Superman in the plains of solitude. I don’t think this is the place for a bad pun. – Elias Rosner 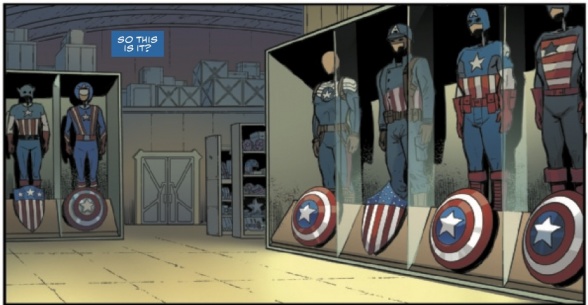 “Captain America” #12: Nice collection. Wait, isn’t that one from the movie we don’t talk about? – Robbie Pleasant 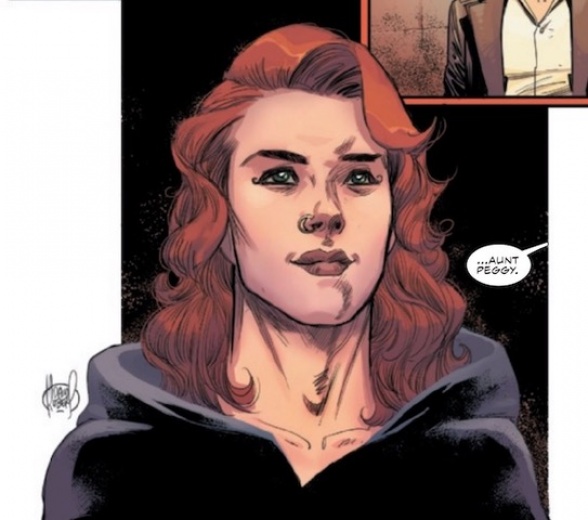 “Captain America” #12: You idiots are both wrong. The correct response is “That’s a sick nose ring.” – Kevin Gregory

“Conan the Barbarian” #8: That’s another way of saying “she got another Wisdom Save against charm effects at advantage.” But also, sure, keep talking while Conan just has three swords sticking out of his back. – Robbie Pleasant 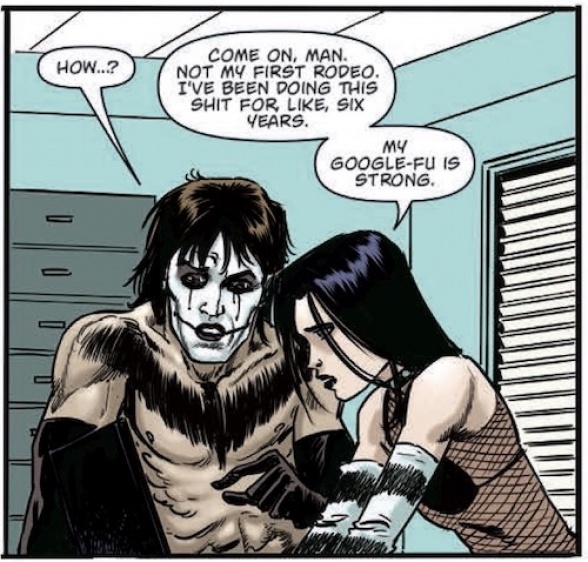 “The Crow: Hack/Slash” #2: A panel that shows my deep dive analysis research style and the people who watch me do it so effectively that I had to make sure I wasn’t being watched. – Gregory Ellner 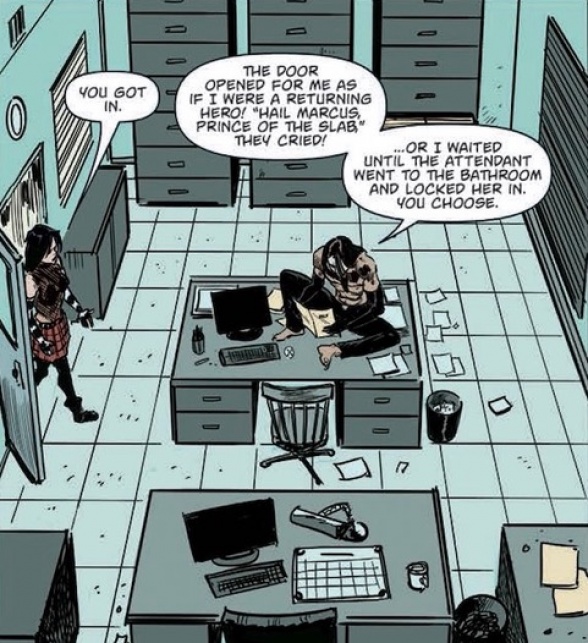 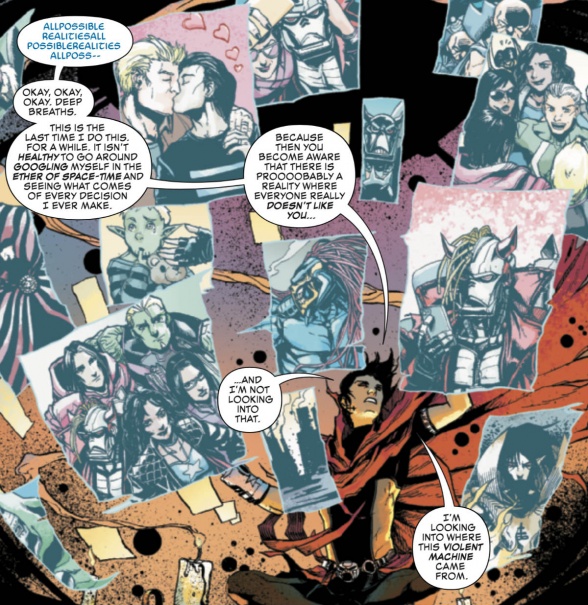 “Death’s Head” #1: What’s that Scott Snyder adage he always brings up interviews that Gaimain or Morrison told him? You’ll spend the first part of your career wondering if you’ll ever be good enough, and look back later and wonder if you were ever any good in the first place? Whatever, anyway anxiety’s a bitch (and it’s a constant) and this book slaps. – Kevin Gregory 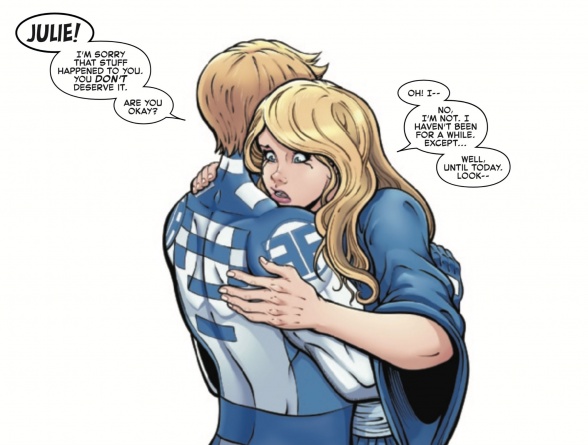 “Fantastic Four” #12: (from the “Future Foundation” back-up”) Your friendly-neighborhood PSA to call your depressed friends, family members, coworkers, neighbors, children, parents, community members, fellow churchgoers, gym users, trivia night attendees, and D&D cohort mates. They need it, they may want it, and they may not know how to ask for it. Take care of each other. – Kevin Gregory 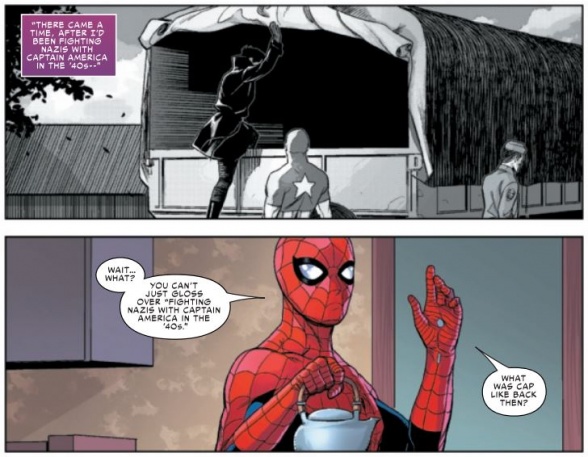 “Friendly Neighborhood Spider-Man” #9: If you fought Nazis with Captain America in the 40s, you have an ethical imperative to tell that story in full detail every time you meet somebody new. – Nick Palmieri

“The Green Lantern” Annual #1: You and me both, strange creature from Scooby Doo and the Cyber Chase. – Elias Rosner 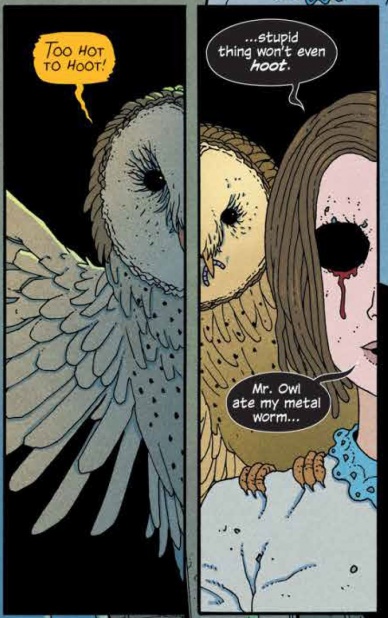 “Ice Cream Man” #13: How the hell did they manage to make palindromes unsettling? Oh, right, no eyes. – Elias Rosner 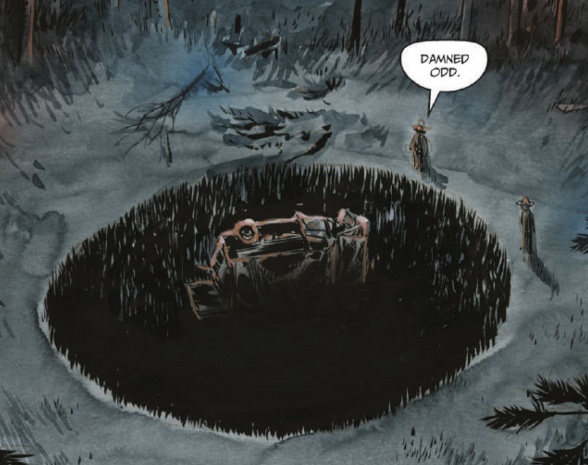 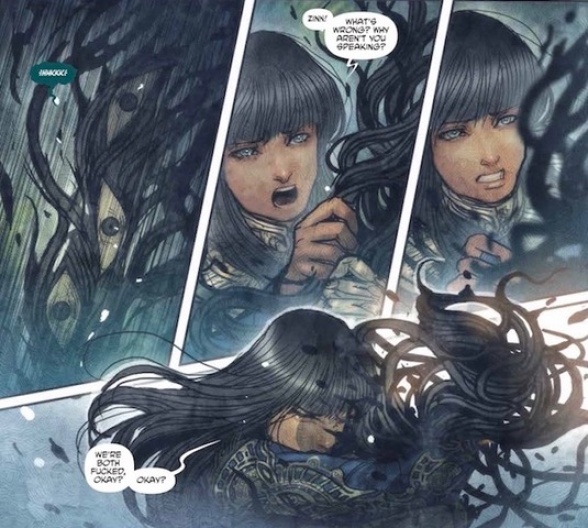 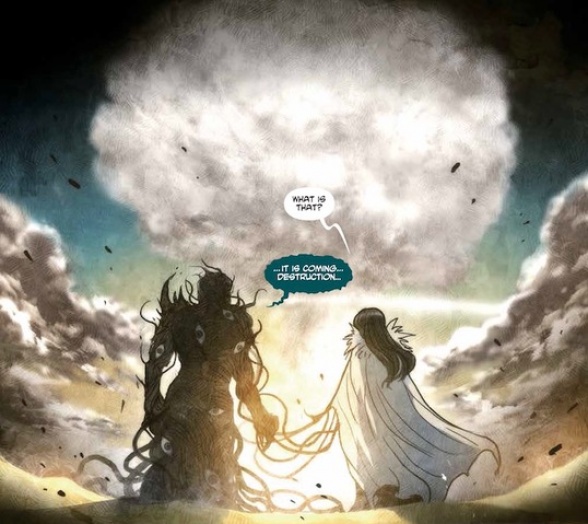 ”Monstress” #24: On the one hand, the resemblance to a mushroom cloud is terrifying. On the other hand, AAAAAAAAAAART. – Gregory Ellner 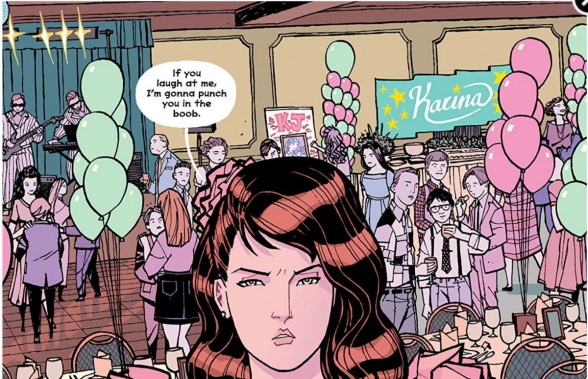 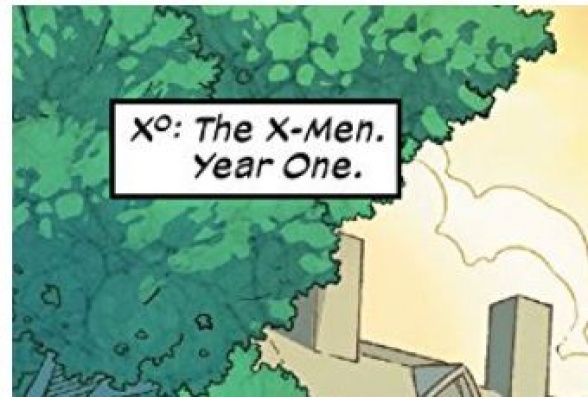 “Powers of X” #1: Oh hey, X to the zeroith power is one and it’s year one. That’s nea- WAIT. FUCK. That’s why X is read as ten in the title and why it’s plural, not singular like “House”. . .I feel silly now but also, I love how the title takes on different meanings depending on how you read it and how it influences the way you read the story. What I’m saying is titles are important and completely frame a story. – Elias Rosner

“Powers of X” #1: Xavier is so cute in these panels! Really highlights the difference in tone between “Powers” and “House.” Xavier is terrifying in “House.” – Elias Rosner
Continued below 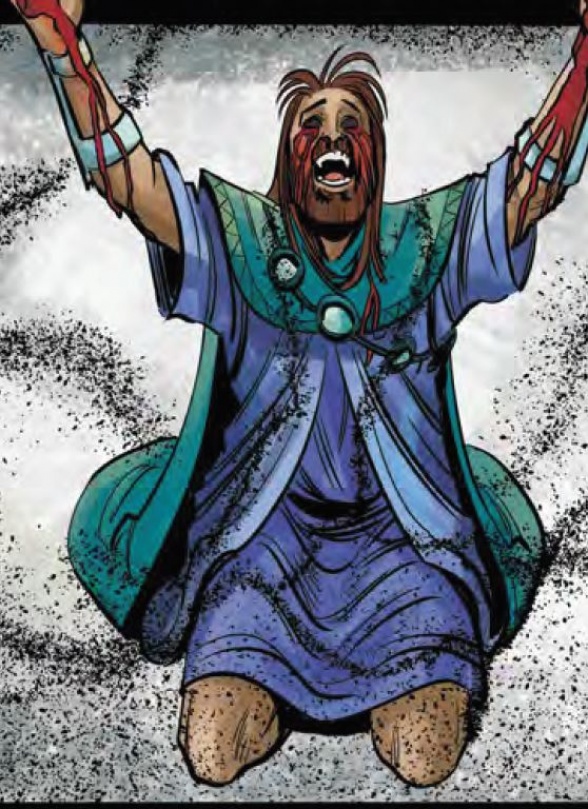 “Red Sonja: Lord of Fools” #1: What is with eye gouging this week? – Elias Rosner

“Runaways” #23: Your OTHER friendly-neighborhood PSA that the global-meat industry is inhumane, treats other-than-human animals as machines and tools or less, and are the SINGLE biggest contributors to the ongoing climate crisis the planet faces. There’s no ethical consumption under capitalism. That is all. Return to your brunch mimosa. – Kevin Gregory

“Sabrina the Teenage Witch” #4: When the nip kicks in. – Elias Rosner

Hello and welcome back to Saturday Morning Panels!The long comics drought is over, as more and more publishers start to bring back their titles to our favorite shops, so we have a few of our favorite moments from the latest and greatest in comics. And with the inevitable arrival of the Snyder Cut of “Justice […]