Welcome back, manga fans! Since Previews has a section of the catalog dedicated to manga, we’ll be highlighting that section’s most notable upcoming releases every month. Read on to see what stuck out to us!

10. Japan, land of the franchises. 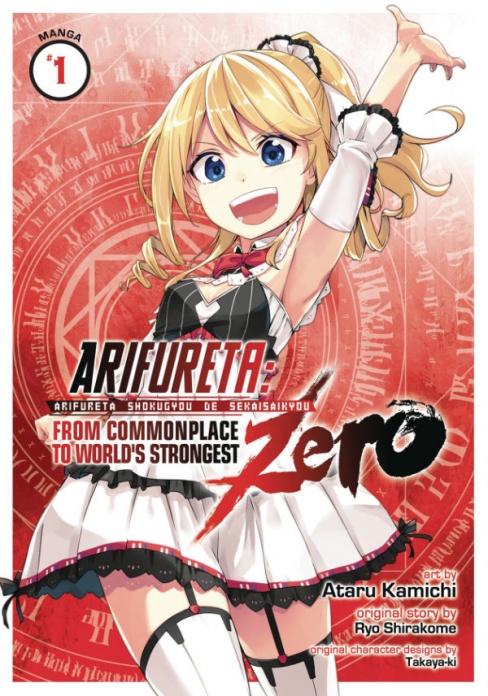 Have you heard of Arifureta? Because I haven’t! It sounds like a pretty rote mixture of genre concepts, but if it can sustain a light novel series, a manga, an anime, and now a spin-off manga, well, it’s worth spotlighting. Japan really takes the American tendency to franchise IPs to a new level.

Arifureta: From Commonplace to World’s Strongest Zero, volume 1
Written by Ryo Shirakome
Illustrated by Ataru Kamichi
Published by Seven Seas Entertainment
A spin-off series for Arifureta: From Commonplace to World’s Strongest, the hit light novel and manga franchise that’s soon to be an anime! Before Hajime was transported to Tortus, the Synergist Oscar Orcus was having his own adventure, but not willingly! Oscar is a simple working man, keeping his head down to earn his money and support an orphanage, until Miledi Reisen bursts into his life. She wants Oscar to join her in a quest to defeat the gods. Oscar refuses to chase after that kind of danger, until that kind of danger finds its way to him.

9. Not sure how this one will turn out. 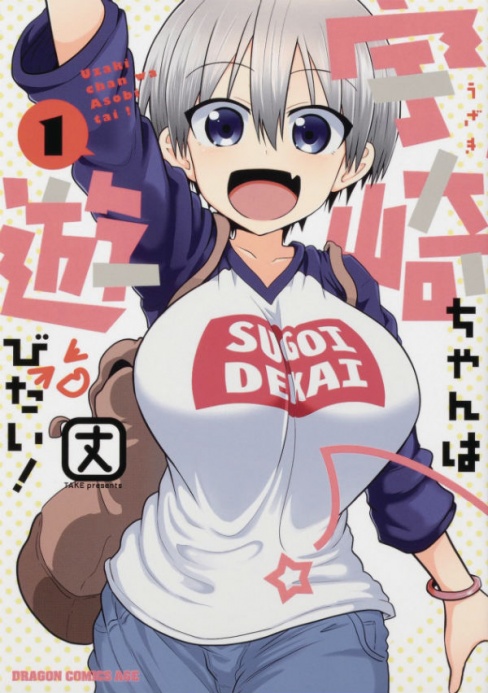 Look, there weren’t many new volume 1s or new volumes of my favorite series coming out this month, so I’m left to highlight the few new series out there. That said, the cover alone would usually disqualify a book like this from appearing in this column, for my personal tastes. But who knows? Maybe, underneath that cover of an, uh… [checks official description] “buxom, bubbly classmate,” there’s a sweet and funny story. Maybe.

Uzaki-chan Wants to Hang Out, volume 1
Written and Illustrated by Take
Published by Seven Seas Entertainment
A slice-of-life comedy about an introverted college student and his buxom, bubbly classmate! Sakurai Shinichi’s one wish is for a little peace and quiet. But Uzaki Hana, his boisterous, well-endowed underclassman, has other plans. All she wants is to hang out and poke fun at him. With the help of her chipper charm and peppy persistence, this might just be the start of a beautiful relationship! 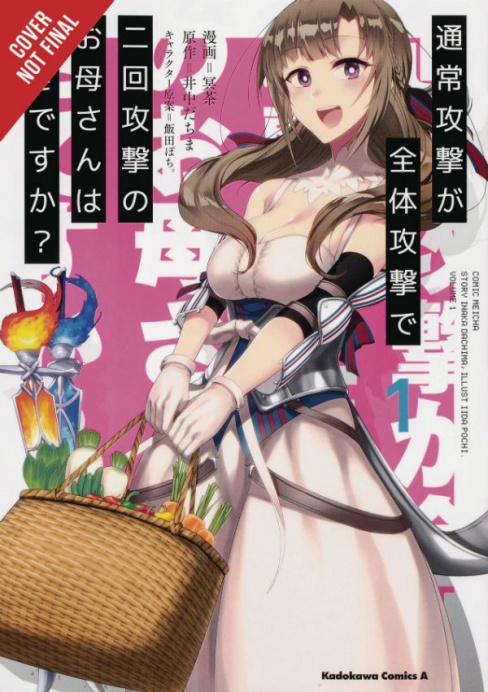 The addition of moms was enough to get me to notice. The use of the term “momcom” made this a must-read.

I don’t know how serious I am right now.

Do You Love Your Mom and Her Two-Hit Multi-Target Attacks? volume 1
Written by Dachima Inaka
Illustrated by Meicha
Published by Yen Press
High school gamer Masato Oosuki is stoked to be transported into a video game world and show off his chops…but why is his doting, embarrassing mother in the game with him, too?! And why is she so good at it?! Welcome to a whole new kind of momcom role-playing adventure based on the original light novel series! 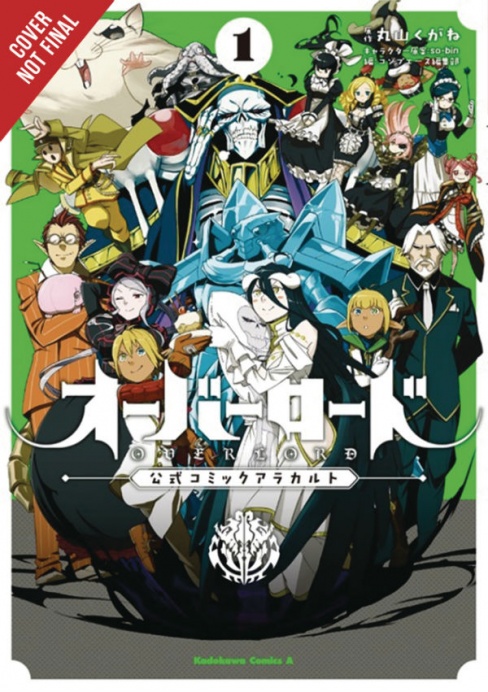 While I’m not sure what Overlord is, it’s always cool to see a property reach a point where it warrants an anthology. It seems to focus on fan-favorite characters and stories, so it’s likely not for the layman, but it’s still cool to see.

Overlord a la Carte, volume 1
Written and Illustrated by Kugane Maruyama
Published by Yen Press
Meet your favorite characters from the mega-popular Overlord in its first-ever comic anthology! Whether it’s to reaffirm your undying love for Ainz-sama or further explore the world of Yggdrasil and Nazarick, this book will satisfy all your fan cravings! 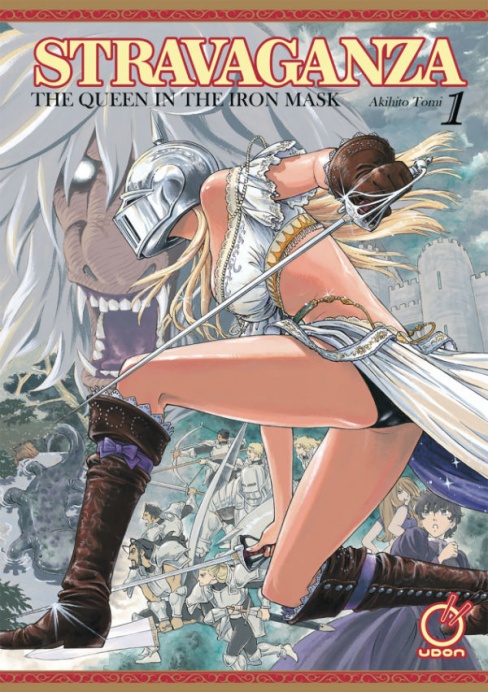 There’s always a new fantasy series debuting, and this month it’s Udon’s turn to debut their series. This cover, like the cover I picked on up above, is… not ideal. Still, if it has the chance to get a young fantasy fan into comics, I can’t complain.

Stravaganza: The Queen in the Iron Mask, volume 1
Written and Illustrated by Akahito Tomi
Published by Udon Entertainment
A mysterious warrior travels the kingdom of Auroria, battling monstrous creatures and seeking adventure. Few know she is secretly Auroria’s young and inexperienced masked monarch — Queen Vivian. In a world where humans are not at the top of the food chain, the Queen in the Iron Mask must learn to use both her sword and her throne to protect her people from the dangers looming just beyond the city walls. 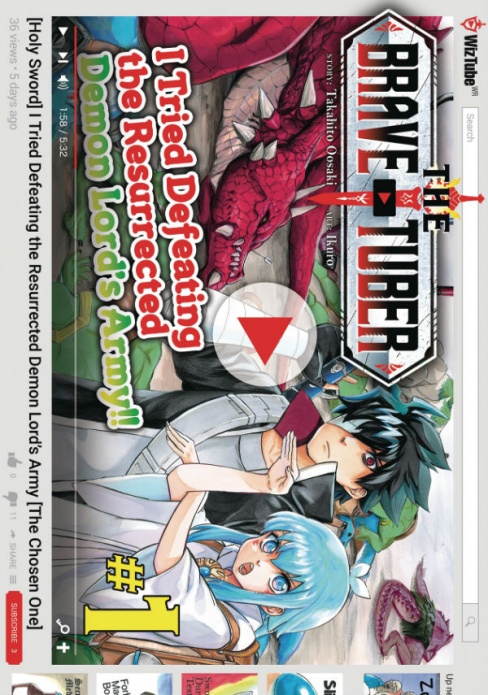 Two things stuck out to me in this solicit. One, the title. “The Brave Tuber?” Is the protagonist a literal potato? Two, I think the concept of a pair trying to build a fanbase for their fantasy-world fighting videos gives this series a huge leg up above all the other trapped-in-a-fantasy-world stories. If it focuses more on the search for streaming success than on the day-to-day fantasy fighting, there’s a chance this series could become a unique cult hit.

The Brave Tuber, volume 1
Written by Takahito Oosaki
Illustrated by Ikuro
Published by Seven Seas Entertainment
A sword-and-sorcery adventure where heroes fight monsters for gold, glory, and online subscribers! For the most part, Wisdaregidor is your typical fantasy world: monsters wreaking havoc, taverns packed with gung-ho adventurers, and a demon overlord looking to rule it all. But Wisdaregidor has one thing you’ll never find in Middle-earth: the Internet! Zane and Kuku are two adventurers trying to build a fanbase. The pair will do whatever it takes to get more subscribers for their streamed videos, even if it means taking on the demon lord himself! 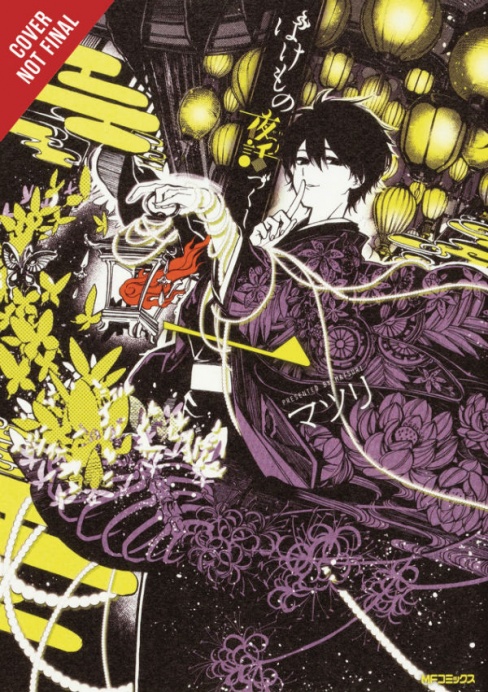 This solicit has the perfect mix of moody title, striking concept, and gorgeous cover. Seriously, look at that cover! While we don’t have a great idea of how the story will go, there’s enough potential for a psychological thrill-ride that I’m willing to sign on now.

Phantom Tales of the Night, volume 1
Written and Illustrated by Matsure
Published by Yen Press
Welcome to the Thundercloud Inn, a curious establishment that opens its doors to the troubled masses, human or otherwise. But to pay for the stay, the equally curious innkeeper takes payment only in the form of one’s deepest secrets…Who will come calling today? 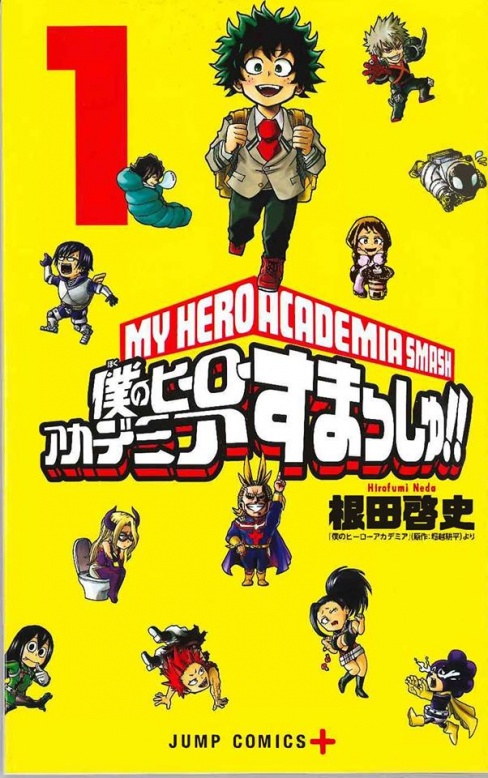 My Hero Academia got another spin-off! If any book deserves this, it’s My Hero Academia. Special note that this looks to be a satirical mash-up of events from the main series, which is always fun.

My Hero Academia: Smash!!, volume 1
Written by Kouhei Horikoshi and Hirofumi Neda
Illustrated by Hirofumi Neda
Published by Viz Media
Listen up! Follow the story of Midoriya, All Might and all the other aspiring heroes of U.A. High, but with hilarious twists! In this first volume, find out how Midoriya really trained to receive All for One and learn the U.A. students’ goofy thoughts during their first practical exams…plus, All Might as Santa Claus? What are you waiting for? Start reading!!

2. Melodrama with a soundtrack. 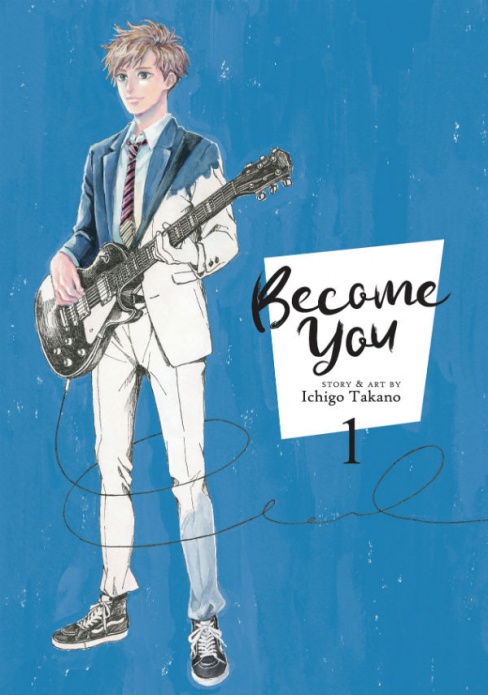 Ichigo Takano’s “orange” is one of those titles I’ve always wanted to read. This is his new book, also a melodrama starring high school students, but one that he’s teamed up with a band to create. Takano is the exclusive creator of the manga, while it appears to be thematically tied to a specific hit song from Japan. This sort of thing isn’t super common in Japan or America, so I like seeing an established creator test it out.

Become You, volume 1
Written and Illustrated by Ichigo Takano
Published by Seven Seas Entertainment
A new high school drama from the Eisner-nominated creator of orange! Ashie Taiyou is a high school musician with dreams of stardom, but when his bandmates quit on him, it feels like his dreams are slipping away. In an act of desperation, Taiyou strong-arms his sullen classmate Hikari into forming a band with him. Can the two boys turn their dreams into reality? Creator Ichigo Takano-of orange and Dreamin’ Sun fame-collaborated with band Kobukuro around the song Kimi ni Nare in Japan, creating this manga as part of a multimedia expression of hope for a brighter future.

1. Fanta in the manga publishing game. 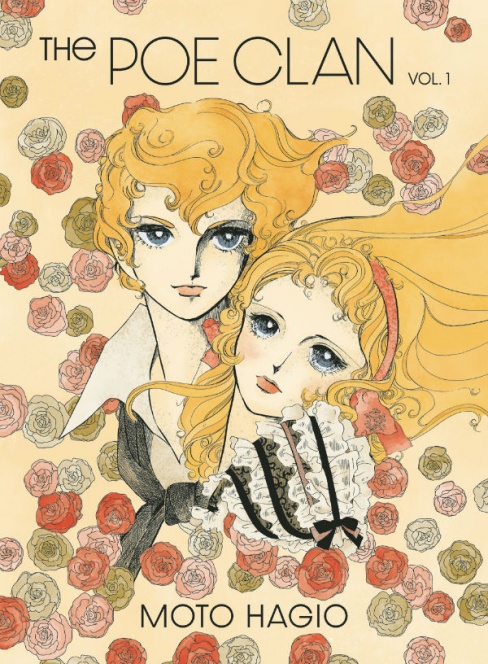 The primary reason this one gets the top spot is because of its publisher. Fantagraphics isn’t exclusively a manga publisher, setting it apart from every other publisher featured in this month’s column. In all honesty, I didn’t know they had published any manga in the past. It looks like they’ve worked with this mangaka a few times in the past, so their work must be something special to bypass all the American manga publishers and go straight to an independent arthouse publisher — much less THE independent arthouse publisher.

The Poe Clan, volume 1
Written and Illustrated by Moto Hagio
Published by Fantagraphics
The Poe Clan are a race of undead “vampirnella” whiling away the centuries in a village where time and geography have no meaning. Through three eternal adolescents and the mortals whose lives they touch, Moto Hagio explores what it means to live and to die, to have loved and to have lost. The Poe Clan is Fantagraphics’ fifth graphic novel by the revered Shojo artist, Moto Hagio.