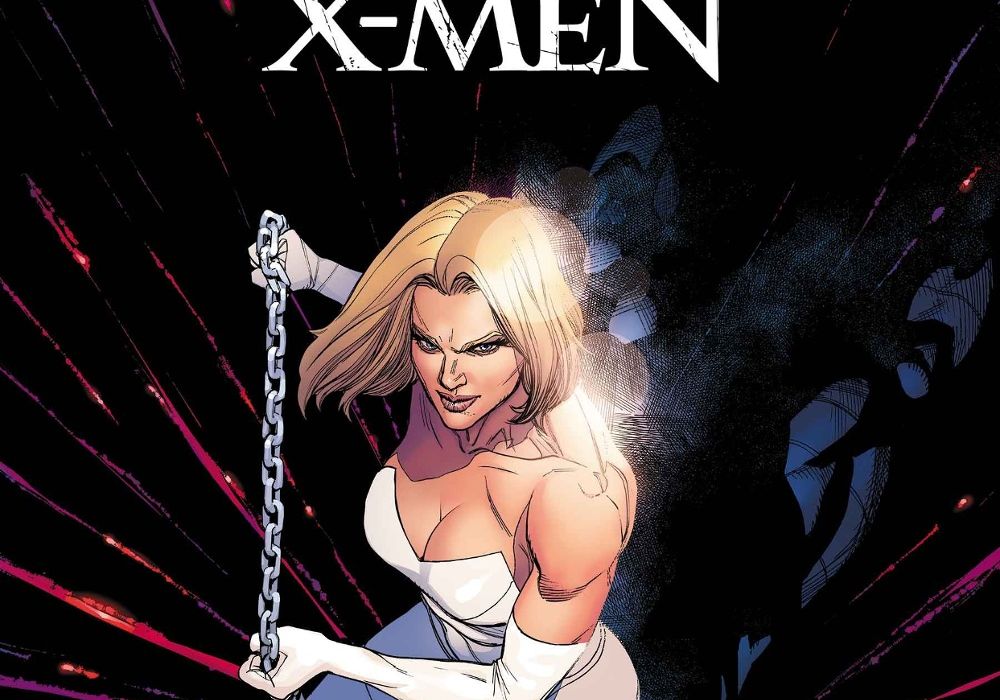 With January out of the way, Marvel’s February releases bring us a nice mix of new series, one-shots, and continuations of ongoing favorites. We’ve got a lot of comics featuring the X-Men in a less-than-beautiful future, while the present continues to be pretty sour for Spidey, and of course, Blade’s daughter makes her debut.

Plus, plenty of comics are getting special covers or backup stories for Black History Month, so that’s always a plus. 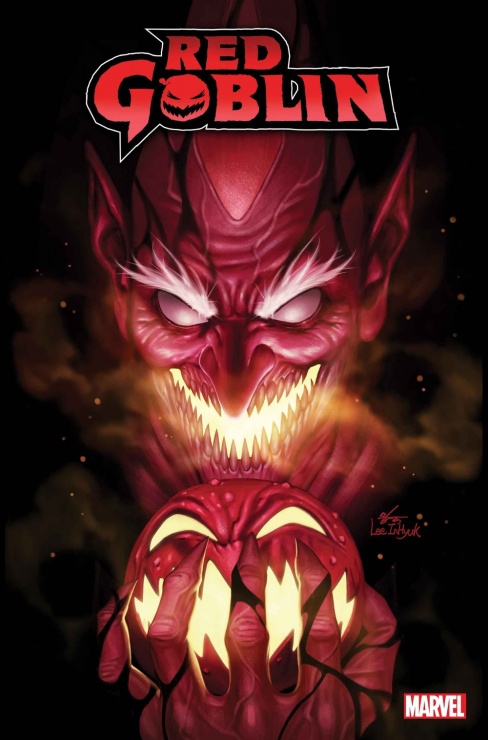 Norman Osborn may have turned over a new leaf as the Gold Goblin (for now, we’ll see how long that lasts) but the damage he’s done remains. Once he turned his own grandson into the Red Goblin, and while that was reverted, nothing ever stays fixed for long in comics. Now Normie is getting a new symbiote, but only time will tell if he takes a more heroic path, or if the new Red Goblin will leave a trail of blood. Let’s see what’s in store, and how this will affect characters across the “Spider-Man” and “Venom” comics.

• THE NEWEST – AND DEADLIEST – RED GOBLIN!
• SPINNING OUT OF THE PAGES OF VENOM! Normie Osborn receives his own symbiote at last! As a new Red Goblin, will Normie fulfill his destiny as an Osborn – or will he and his symbiote be able to make a difference for the better? 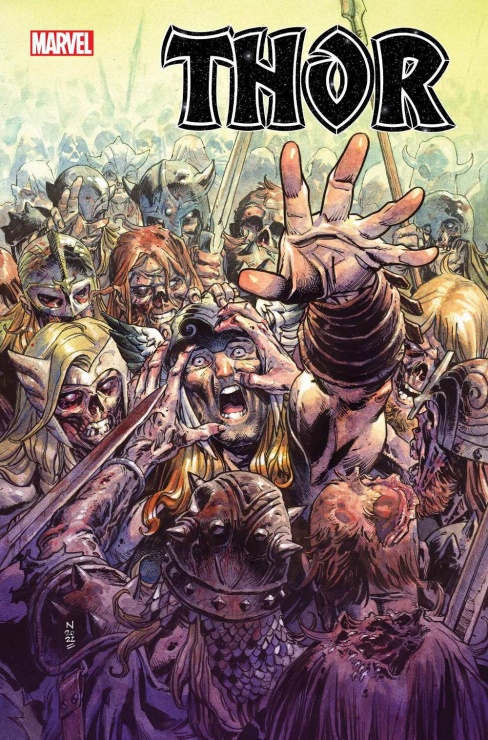 In Marvel, Valhalla is a real place, where the souls of the dead can go. In fact, we’ve had characters visit it, and of course, characters come back from the dead all the time. So what happens when Valhalla gets wrecked? We’re about to find out in a new story arc, and the idea alone is enough to get me interested in what Torunn has planned. Add in Nic Klein’s artwork and I’m sold.

• A NEW ARC PACKED WITH TWISTS & REVELATIONS BEGINS HERE!
• The gates to Valhalla are broken, and the souls of all who inhabit it have vanished! With the help of Jane Foster and Odin, Thor must find who has the power – and the audacity – to disturb the final rest of Asgard’s greatest warriors of all time…and what it means for the rest of the Marvel Universe! PLUS! This issue includes a special super-heroic backup story featuring Thor and Black Panther celebrating Black History Month! 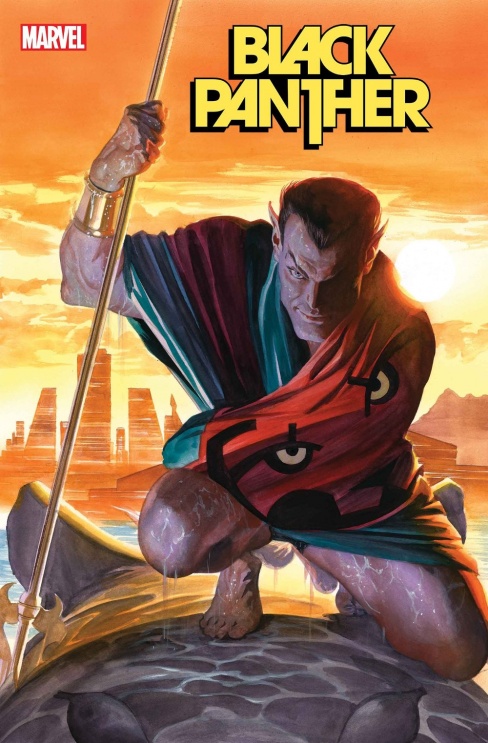 Namor and T’Challa have… not exactly gotten along. It’s not just that time Namor flooded Wakanda during “Avengers vs X-Men,” but that was certainly a big part of their rivalry. And of course, with Wakanda Forever bringing Namor to the big screen, it stands to reason that readers would want to see more of their conflict. So now’s the right time for it, as the two are about to clash again, and that’s always a good time for us as readers.

• ENTER NAMOR!
• Battered and beaten after his grueling battle with Captain America, T’Challa has everything to prove and nothing left to lose. So when Namor arrives on the scene, Black Panther is determined to make him pay for the pain he’s inflicted on Wakanda in the past. But the terrorists of his making still loom large, and Namor never goes anywhere without a plan – and an angle… 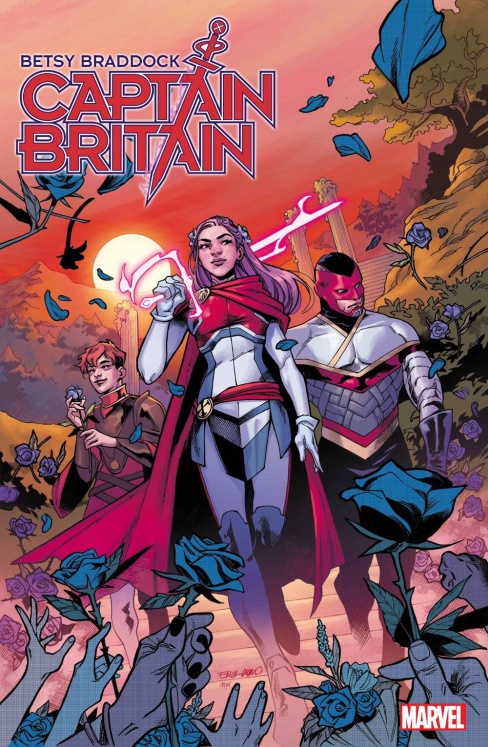 Although Betsy Braddock took the title of Captain Britain from her brother, she’s still been primarily used in Otherworld-centric X-titles as part of a team. Now, Tini Howard is giving her a solo run, dealing with all the turmoil that’s followed her and Britain’s own issues with Krakoa and mutantkind. It’s time to see how well she stands on her own, and how she handles the mantle of Captain Britain.

• THE CAPTAIN COMES HOME!
• And she’s got a whole new mission! With Otherworld settled, Braddock Manor restored, and her brother Captain Avalon at her side, you’d think things look pretty good for Betsy Braddock. Only it turns out, good ole Britain doesn’t want her back. No one wants a mutant menace carrying the shield of Captain Britain, and Betsy’s made more than a few enemies along her way. Quest-less and country-less, Betsy must define a role for herself. A fresh take on a beloved character, don’t miss the latest Tini Howard extravaganza and fan-favorite artist Vasco Georgiev’s Marvel debut!

6. Shooting For the Moon 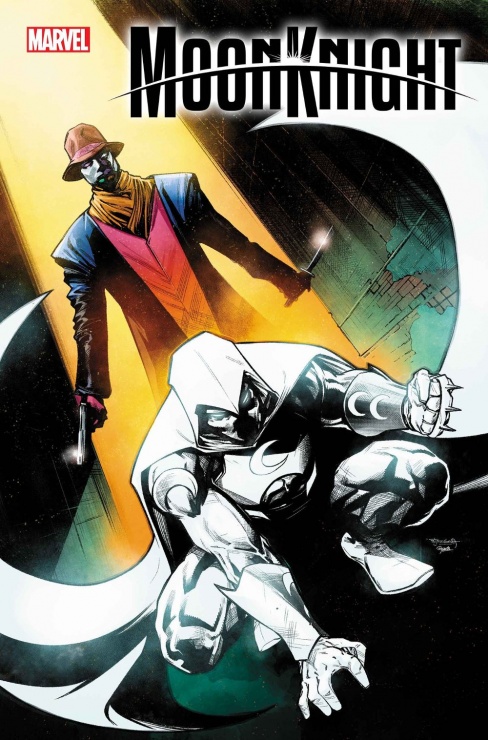 Jed MacKay’s run on “Moon Knight” has been great. Pretty much any issue is worth a spot on this list, but now his fight against vampires has not only put his friends in danger (although I use the term “friends” loosely), it’s also put him on a collision course with Blade, who’s currently upholding law and order in the Vampire Nation formerly known as Chernobyl. And every last bit of that sounds awesome.

• There’s blood on the streets as assassins work their way through a list of names containing those who once formed Moon Knight’s Shadow Cabinet. But with a number of potential targets and no idea who’s next, how can Moon Knight save his former associates? PLUS: Just in time for Black History Month, a second story in which the crescent crusader crosses paths with the Sheriff of the Vampire Nation, Blade! 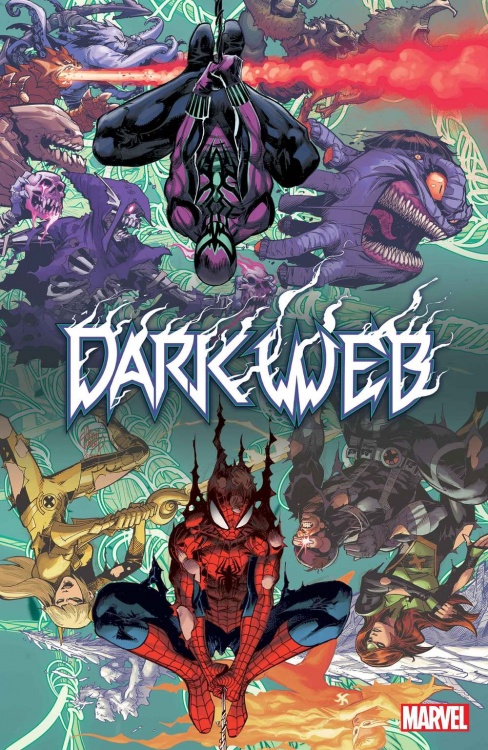 And so, “Dark Web” comes to an end. Chasm and Madelyne Pryor have unleashed hell, or more specifically, unleashed Limbo on New York, and that’s going to take a fair bit to clean up. Will Ben get his share of Peter’s memories back? What’s Madelyne’s endgame? We’ll have to wait and see as this clone-centric crossover comes to a close.

• The dawn rises after the demonic invasion of New York City, but what will that light reveal?
• It will reveal Chasm’s final gambit and the new denizens of Hell he helped create and unleash on Spider-Man and the X-Men!
• See how Dark Web changed this city’s landscape forever! 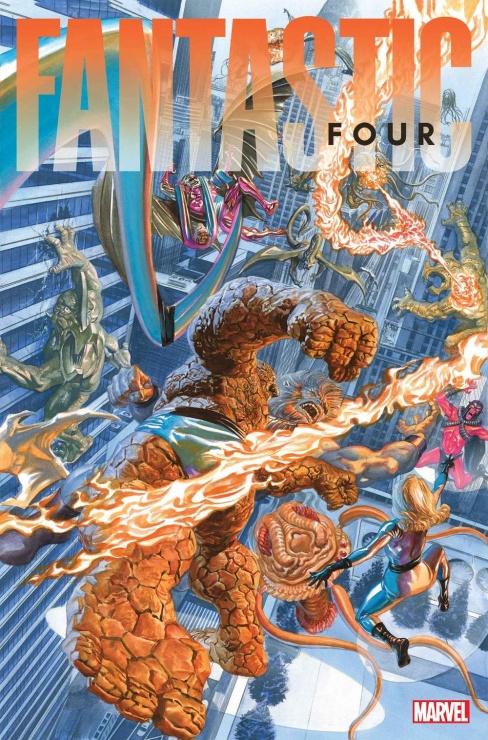 The first issue of Ryan North’s run on “Fantastic Four” revealed a large crater in New York, and Reed is somehow responsible. So what, exactly, happened? It’s fitting that we find out in issue 4, as the team reunites and we learn exactly what happened. Well, it’s no secret that I’m a fan of Ryan North, and the series has been off to a (dare I say) fantastic start, so this will absolutely be an issue worth reading.

• “WHATEVER HAPPENED TO THE FANTASTIC FOUR?”
• No more four-shadowing: What REALLY happened back in New York is finally revealed!
• But it’s still affecting matters here in the present, where Ben and Alicia’s lives hang in the balance… and it’ll take more than a reunion to save them.
• Plus: alien invaders from another galaxy!
• The four are finally back together… Hope they survive the experience! 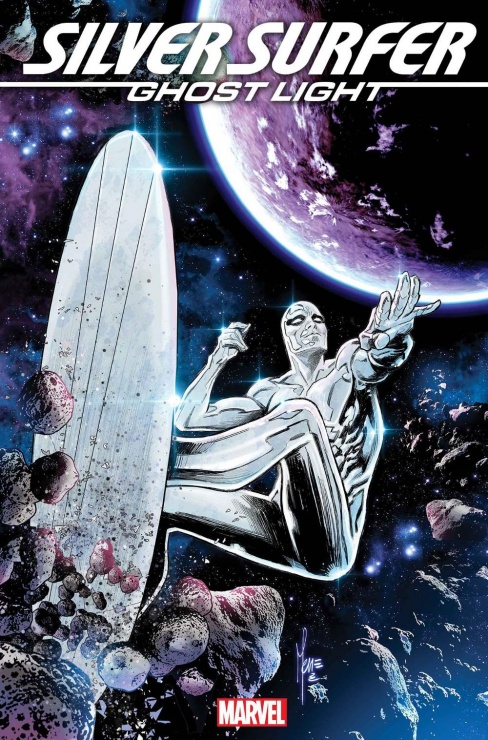 Silver Surfer is back, and there’s a new mystery afoot. When the Surfer gets involved, you know things are about to get cosmic, crazy, and exciting, and with John Jennings behind this comic, I can’t wait to see what’s in store. Add in Valentine De Landro’s unique art style, and it’s gonna be a fun ride for all five issues. So let’s see how it starts.

• Toni Brooks and her family have moved into the quiet town of Sweetwater. But nothing is quite what it seems in their new home. What mystery did Toni and her family unravel that would call upon the Sentinel of the Spaceways – the Silver Surfer?! And just who, or what, is GHOST LIGHT? Eisner Award winner JOHN JENNINGS and artist VALENTINE DE LANDRO (Bitch Planet) introduce a new Marvel super hero over 50 years in the making!

2. It’s All About Family 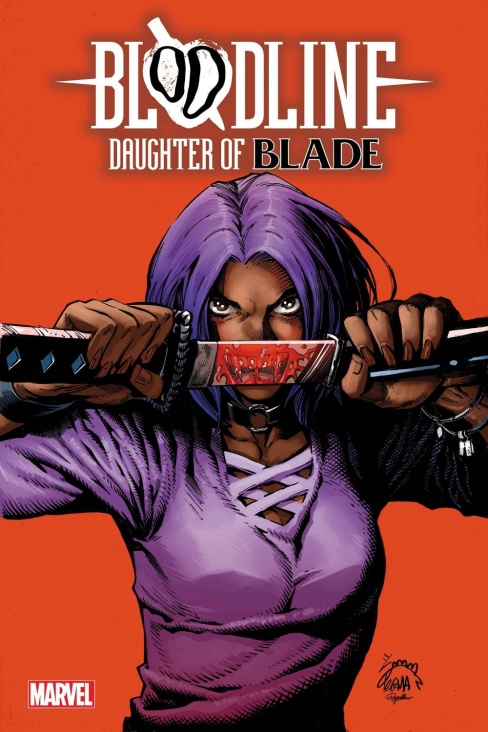 Yes, Blade has a daughter. We’ve seen her briefly, but now she’s finally getting her own mini-series. So how does the daughter of Blade compare to her father? What adventures await this part-Daywalker? It’ll be interesting to see, as Brielle makes her long-awaited Marvel debut. (Though it’ll probably still be a while before we see her in the MCU, given the delays for the Blade movie.)

• IT’S IN HER BLOOD…
• Brielle Brooks is a good kid, no matter what her teachers say – it’s not her fault she’s developing vampiric super-powers and the undead want to brawl! And as if problems at school aren’t enough, Bri’s got a wild ride ahead of her – she’s about to discover that she’s the daughter of the infamous vampire hunter and Daywalker known as BLADE!

1. From Immortality to Immorality 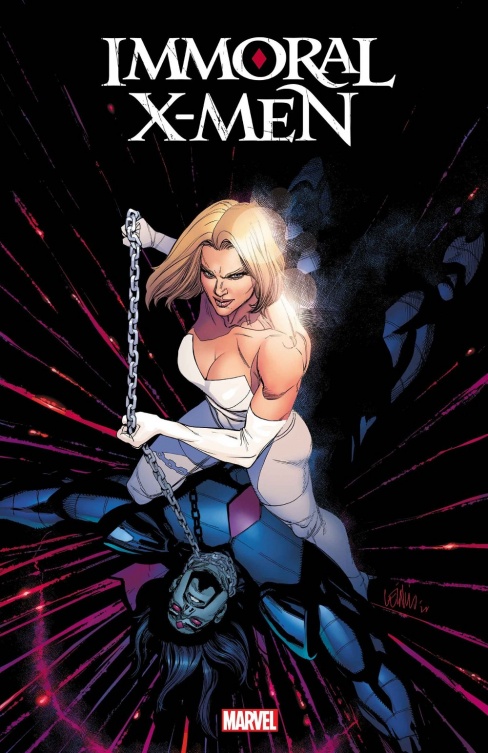 Good news: The X-Men have gone from feared and hated to adored and respected.

Bad news: they also appear to have gone just a little bit evil.

Well, the sins of Sinister run deep, and now we’re seeing a future ten years off where mutantkind has gone just a little bit off the rails. The X-Men have seen their share of dark futures, but rarely ones where they’re the antagonistic forces, so what made this ten-year time skip go so dark? Well, with Kieron Gillen writing the comic, you know it’s going to be engaging, entertaining, and exciting from the first page to the last, making it worthy of a spot on the top of this list.

• ADORED AND RESPECTED!
• They said the mutants were humanity’s future. It’s 10 years later and they were proven to be right. The X-Men exist in a world that adores and respects them…so why are they sworn to crush it?! But while they do, Emma can take a few minutes out to crush Mister Sinister. 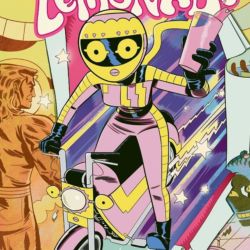 Soliciting Multiversity: The Best of the Rest for April 2023

Hello and welcome to Multiversity’s look at the “Best of the Rest” of what’s coming your way in the now-available February 2023 Previews catalog. I’m excited to help you navigate the vast majority of what Diamond is offering via your LCS for the month of April 2023. Having already taken a look at what Marvel, […] 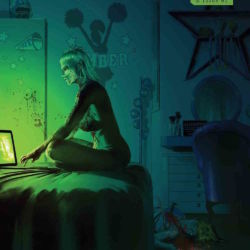 I wanted to see if I could only pick number one issues this month, while still recommending everything in this column. I got pretty close! April is the season of renewal after all, and Image is clearing the way for a plethora of exciting new series. And I still have a couple of my reliable […] 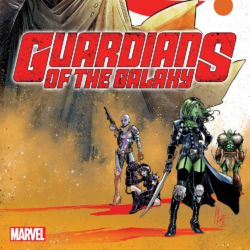 Another month, another collection of comics to anticipate! So, what does April hold for us? We have the return of the Guardians of the Galaxy, the Omega issue of “Avengers Assemble,” and plenty more. So let’s see what comics make the top ten…10. Oh sh**, there goes the planet.Marvel has already been publishing comics based […]