Welcome to Multiveristy’s look at Image’s solicitations for January 2016! It’s a new year, yes it is! Okay… not really, it’s just October, but we’ll be looking at how Image will be kicking off the new year with what they’re soliciting for January.

Unfortunately for me, there’s not a lot of new titles beginning this month; it’s mostly just titles continuing from last month.

Can I make a Top Ten out of that? Let’s find out! 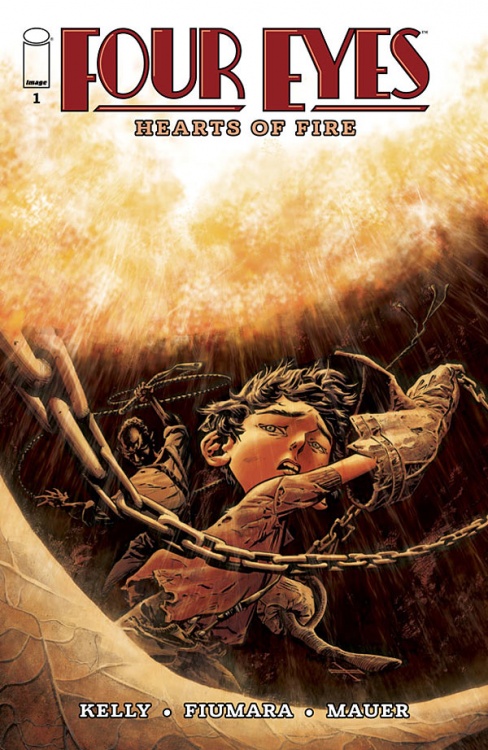 Did I include this series just to make a reference to that Hammerfall song because I haven’t actually read the original “Four Eyes” story? Yes. Yes, I did. Sue me.

FOUR EYES: HEARTS OF FIRE #1 (OF 4)
STORY: JOE KELLY
ART / COVER: MAX FIUMARA
JANUARY 6 / 32 PAGES / FC / T+ / $2.99
Launching the second arc in the critically-acclaimed story of a boy and his dragon on the hunt for revenge in Depression-era New York City. The training begins.

9. The Comic That Just Won’t Die 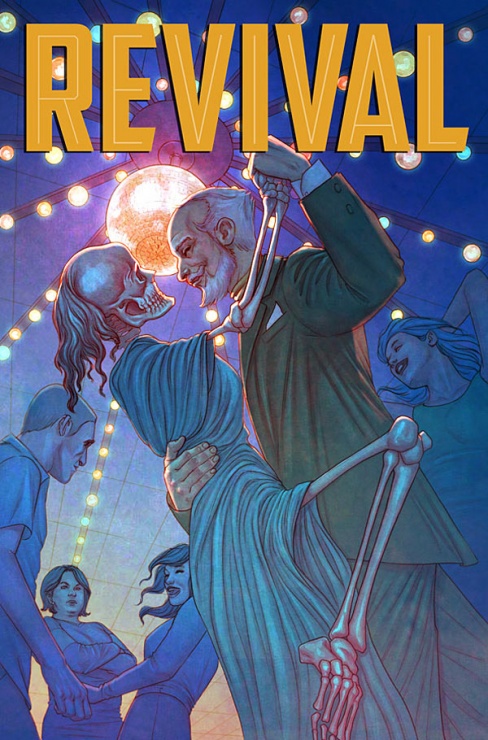 You know, I pretty much open every month’s solicitations expecting to the see the words “series finale” beside that month’s issue of “Revival”. Maybe it’s because I’m not use to series going past the 25 issue mark, but I keep expecting the story to start wrapping up. Yet, every other month it seems like the series starts yet another new story arc. Now, this isn’t a bad thing; I love “Revival”. I just never expected a series with such a niche genre – character-drama meets horror – to have such longevity.

8. It’s The Ending Of A Jeff Lemire-Written Comic; Prepare The Tissues

I’ll say one thing for Jeff Lemire: other than the fact that he’s a fantastic writer who can really dig into the emotions and humanity of his characters, he knows how to end a comic. With pretty much everyone I know who’s read “Sweet Tooth” telling me to read it simply because they cried at the end, I can’t wait to be emotionally devastated by the end of “Plutona” in January. And I especially can’t wait for the things Emi Lenox is going on to after “Plutona” ends (see the #1 spot).

PLUTONA #5 (OF 5)
STORY: JEFF LEMIRE & EMI LENOX
ART / COVER: EMI LENOX
JANUARY 27 / 32 PAGES / FC / T / $2.99
MINI-SERIES CONCLUSION
With the kids torn apart and lost in the woods, nothing can prepare them for what happens next. The startling conclusion to PLUTONA, with an ending that no one will see coming! 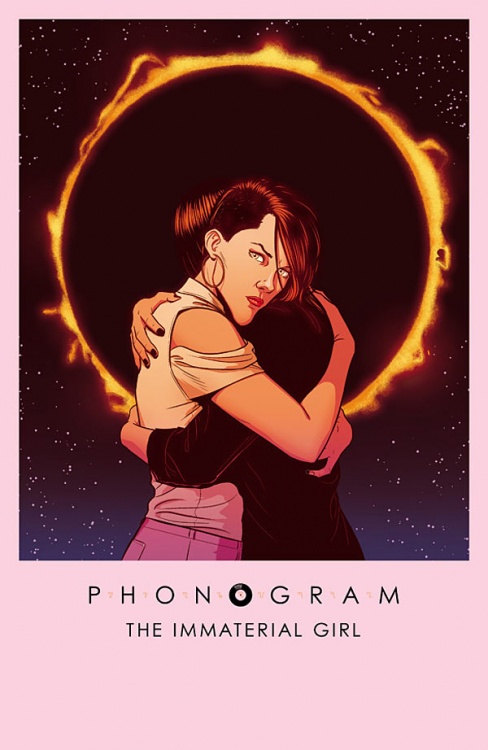 I haven’t read any of “Phonogram”, but I did read “Young Avengers” and am currently reading “The Wicked + The Divine” so I pretty much know that I’d enjoy it. Which is why I’m including it, apparently. To talk about how I haven’t read it because there really wasn’t much else to mention in this slot.

Read “Phonogram” while you still can! 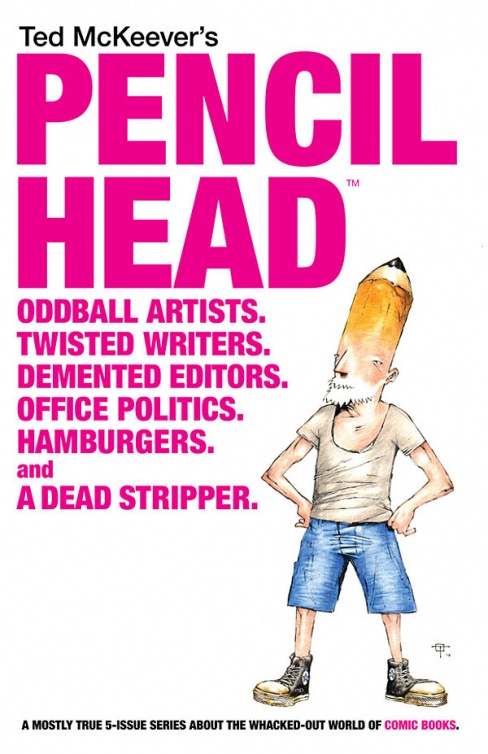 Now, I’m not mentioning this series just because I find the inclusion of “and a dead stripper” on the cover to be incredibly gross and yet another example of sex workers in comics to exist only to die as an attempt to make the series more mature or gritty. I promise you that’s not why I’m including it. I just thought I’d mention it while I was already talking about it.

No, I included it because it’s the “semi-autobiographical take on the… comic book industry” part of the solicit that has me interested. Now, if only it doesn’t try and follow the footsteps of “Airboy”…

PENCIL HEAD #1 (OF 5)
STORY / ART / COVER: TED McKEEVER
JANUARY 20 / 32 PAGES / BW / M / $3.99
PENCIL HEAD is Ted McKeever’s semi-autobiographical take on the whacked-out world of the comic book industry. Journey along as we witness protagonist Poodwaddle’s trials and tribulations of working, and sustaining, his place in the absurd world of comics, where what happens behind the scenes is far more twisted, and bizarrely hilarious, than anything on the printed page.

5. An Interesting Way Of Soliciting A New Arc 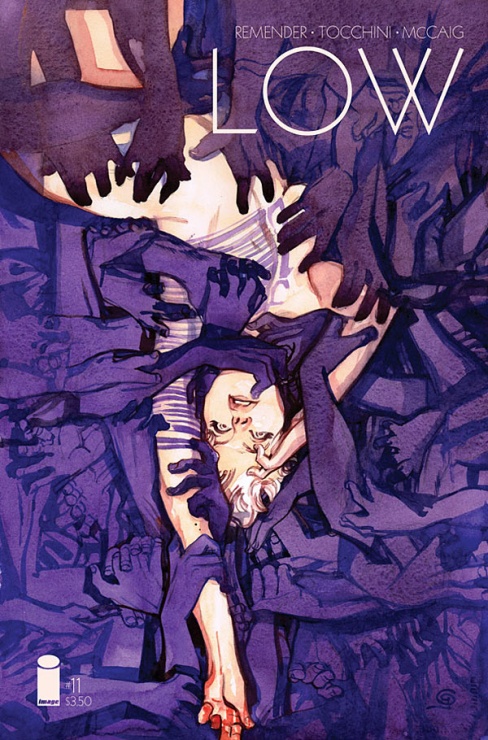 I don’t read “Low”. I don’t know anything about the story, but I do know that this style of soliciting an ongoing series by essentially advertising the new story arc almost like a new miniseries, subtitle and everything, is something I find really cool. It was really popular with Dark Horse’s Star Wars comics and with everyone clamoring for comic series to start operating like TV seasons, I think this is a way to do it.

LOW #11: SHORE OF THE DYING LIGHT PART 1 (OF 5)
STORY: RICK REMENDER
ART: GREG TOCCHINI & DAVE McCAIG
COVERS A & B: GREG TOCCHINI
JANUARY 27 / 32 PAGES / FC / M / $3.50
NEW STORY ARC
Sisters Stel and Della Caine return to their family home haunted by ghosts of their past. Do they seek blood or redemption?

4. A Brand New Injection… Of “Injection” 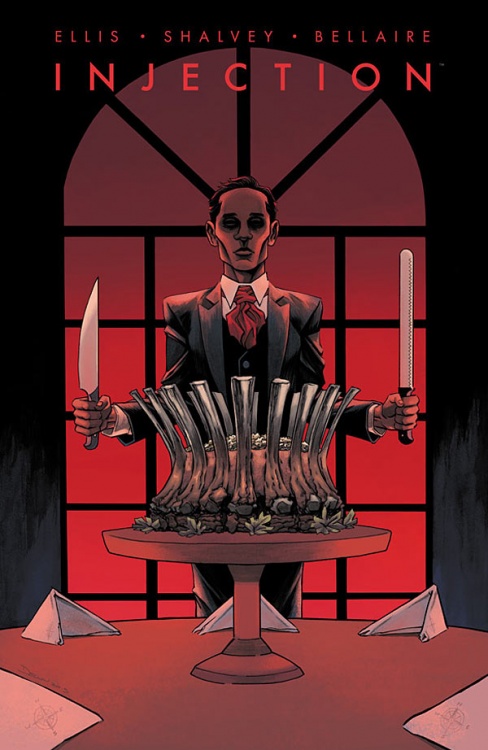 “Injection” is amazing and you should be reading it. Don’t believe me? Remember all that hype around Moon Knight coming back to Marvel and actually getting an interesting story arc around him? Yeah, that was because of Warren Ellis, Declan Shalvey and Jordie Bellaire who went on to create “Injection” so that they’re crazy, reality-shifting, time-warping ideas weren’t beholden to the Marvel Universe. The second arc of “Injection” begins in January and you will want to have caught up by then.

3. This sounds like the Starcraft comic I always wanted. 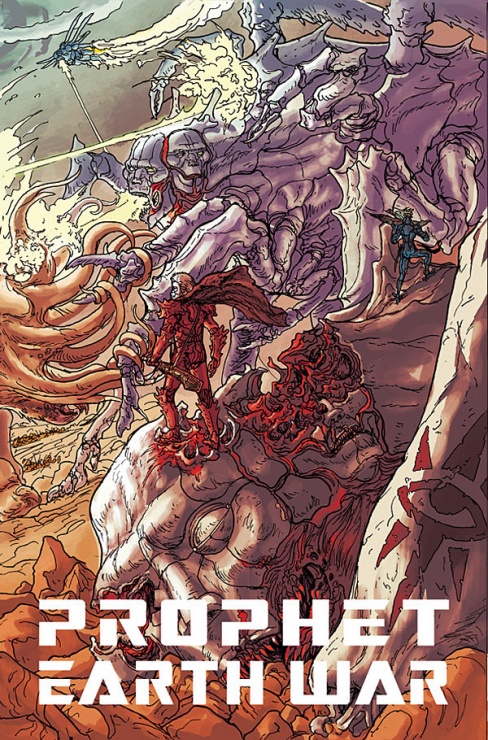 Sadly, I have yet to read any of “Prophet” so this is going to be brief because, honestly, I have no idea what the hell the actual story of this series is . However, I know Brandon Graham and Giannis Milononogiannis are both amazing so this seems pretty interesting regardless. 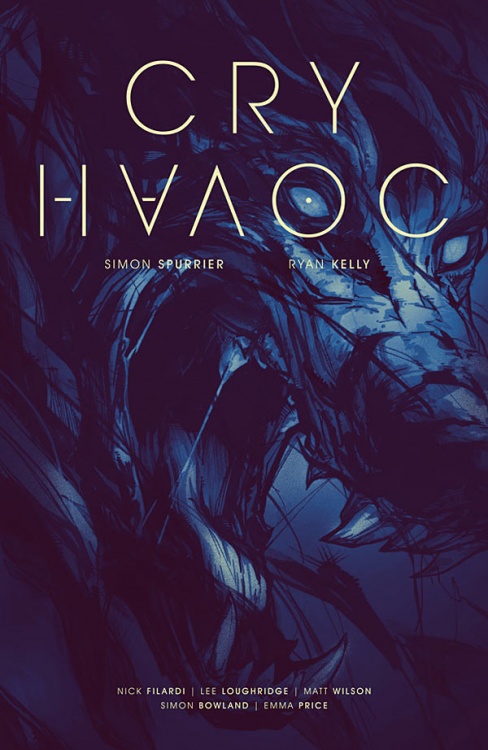 Oh, and, y’know, there’s the fact that the series is by Simon Spurrier and Ryan Kelly and will feature multiple colour artists that will define multiple sequences in the series with a different colour palette, showing how versatile colour can be a storytelling tool. You should also read it because of that, not just the whole lesbian werewolf thing.

CRY HAVOC #1
STORY: SIMON SPURRIER
ART: RYAN KELLY
COVER A: RYAN KELLY & EMMA PRICE
COVER B: CAMERON STEWART
JANUARY 27 / 32 PAGES / FC / M / $3.99
BEHOLD THE MODERN MONSTROSITY.
X-Men Legacy writer SIMON SPURRIER and superstar artist RYAN KELLY present fiends, fragility, and firepower in an all-new series, mixing the hard-boiled militaria of Jarhead with the dark folklore of Pan’s Labyrinth. Includes an unprecedented use of multiple colorists (MATT WILSON, LEE LOUGHRIDGE, & NICK FILARDI) to define the story’s threads, and an incredible variant cover by Eisner Award winner CAMERON STEWART. This is not the tale of a lesbian werewolf who goes to war. Except it kind of is. 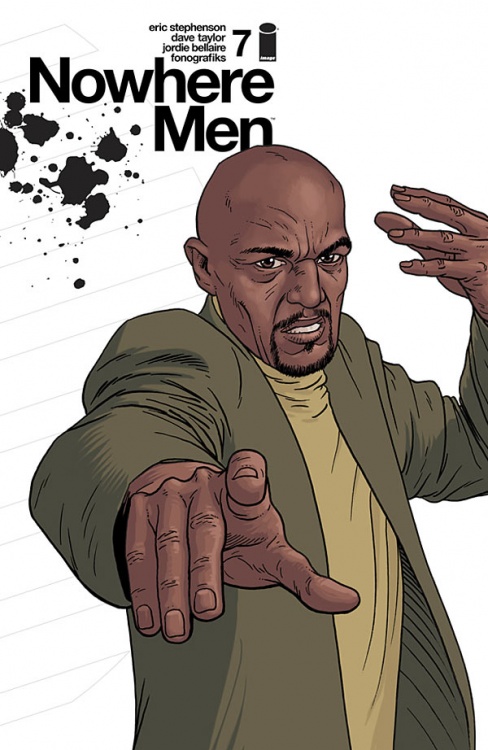 January will be a month long remembered, it has seen the return of “Prophet” and it will also see the return of “Nowhere Men”. After only six issues, one of Image’s best titles just up and disappeared, with little explanation. Now we know a little bit about the behind the scenes troubles that hit this amazing sci-fi and for a while there it looked a little touch and go whether we’d ever see the series again. Well, we’ll finally see it return in January with an issue that kicks off the new story arc with returning creatives Eric Stephenson, Jordie Bellaire and Fonografiks being joined by artists Dave Taylor and Emi Lenox.

While it’ll be sad to see Nate Bellgarde go as his art brought a lot to the world of the series, I think Taylor and Lenox will be more than welcome additions.

As always, you can find Image’s solicitations in full on CBR so you can see everything coming from Image in January 2016, not just the stuff I found interesting.