Hello and welcome to Multiversity’s look at the “Best of the Rest,” where we try to summarize what’s coming your way this June 2020. If we ever make it to June 2020. Or if there’s even a Direct Market by June 2020. (A situation I don’t think would be the worst.) We’ve already looked at DC, Marvel, Image, and some manga options. Now let’s check out what else the Previews Catalog has in store for the rainiest month of the year.

Get your pull lists ready because June is on the way. 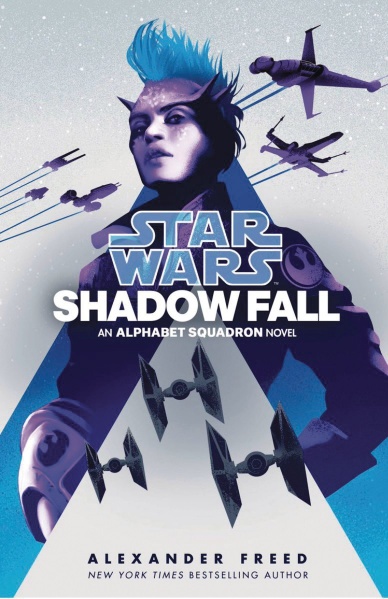 We covered the first Star Wars: Alphabet Squadron novel a little while back on the Star Wars Book Club. From what I’ve seen of this one, the focus is much narrower, less sprawling. And unless the Lucasfilm people are racing to see who can turn in a Star Wars story more disappointing than Rise of Skywalker, this ought to be at least fun.

Alphabet Squadron’s hunt for the deadliest TIE fighters in the galaxy continues in this exciting new entry in the Star Wars: Alphabet Squadron trilogy. Yrica Quell’s ragtag Alphabet Squadron still leads the search for Shadow Wing, but they’re no closer to their goal – and the pressure to find their quarry before it’s too late has begun to shake them apart. Determined to finish the fight once and for all, Quell works with New Republic Intelligence’s contentious Caern Adan, and the legendary General Hear Syndulla, to prepare the riskiest gambit of her starfighting career – a trap for Shadow Wing that could finish the chase once and for all.

9. The Colossal Vitality of Illusion 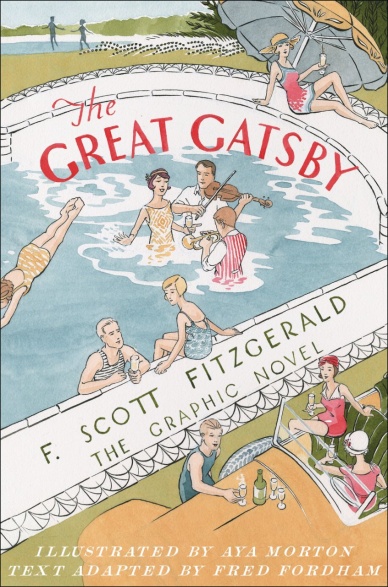 With Fitzgerald’s seminal novel about to enter the public domain in 2021, Scribner has to figure out a way to retain some of the book’s rights. At least they put some effort into this adaptation, because Aya Morton’s wonderful nouveau illustrations feel like the perfect fit for this heartbreaking, classic, and tragic tale.

The Great Gatsby, F. Scott Fitzgerald’s third novel, stands as the supreme achievement of his career. The story of the mysteriously wealthy Jay Gatsby and his love for the beautiful Daisy Buchanan, of lavish parties on Long Island is an exquisitely crafted tale of America in the 1920s. First published in 1925, this quintessential novel of the Jazz Age has been acclaimed by generations of readers and is now reimagined as a gorgeous graphic novel. Gatsby, Nick, Daisy, Tom, East and West Egg are all captured in lush, romantic illustrations by artist Aya Morton, and the crystalline text was adapted by Fred Fordham. Lifetime Gatsby fans and new readers alike will be enchanted by the nostalgic beauty of this special edition. Available in softcover and hardcover editions.

8. They Didn’t Choose This Life, They’re Just Living It 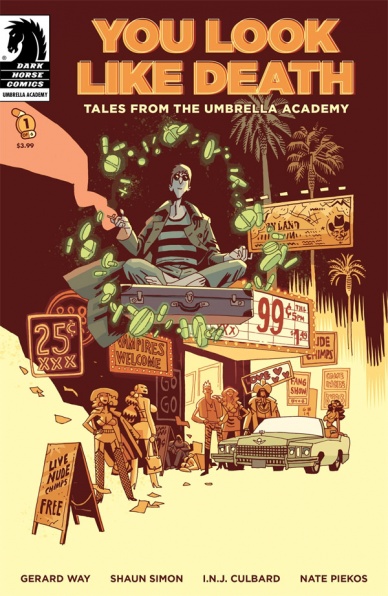 Gerary Way and Shaun Simon launch this “Umbrella Academy” spin-off series. The cynic in me wants to point out that Dark Horse continues to desperately grasp for another huge publishing line like “Hellboy” and “Black Hammer,” or that Netflix wants to make sure there’s some interest for the show during the off-season. However, I dig “The Umbrella Academy” and I.N.J. Culbard’s style and composition appear like a good fit for this world.

You Look Like Death: Tales from the Umbrella Academy #1
Written by Gerard Way & Shaun Simon
Illustrated by I.N.J. Culbard
Published by Northwest Press

The first Umbrella Academy spin off series! When 18-year-old Séance gets himself kicked out of the Umbrella Academy, and his allowance discontinued by Hargreeves, he takes to a place where his ghoulish talents will be appreciated. After a magical high on a vampire-drug-lord’s stash, Klaus needs help, and doesn’t have his siblings there to save him.
* Séance gets his own miniseries!
* From Gerard Way and Shaun Simon of the True Lives of the Fabulous Killjoys!

7. A Song of Fire and Saurs 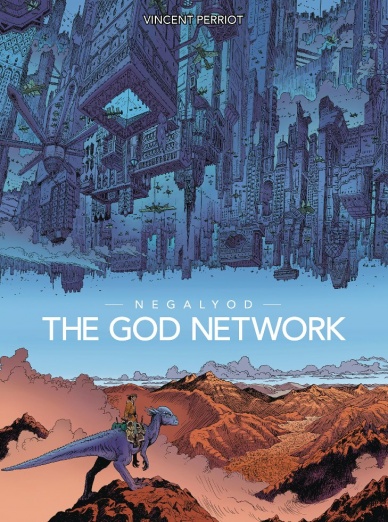 It’s like <i>Mad Max</i> but instead of muscle cars, they use dinosaurs. Dinosaurs.

In a post-apocalyptic far future/alternate world, dinosaurs roam the desolate land, while the last denizens of humanity survive together in technological cities run by a military regime. Winner of the revered Saint-Michel Prize for writing!

6. There is Always Light Behind the Clouds 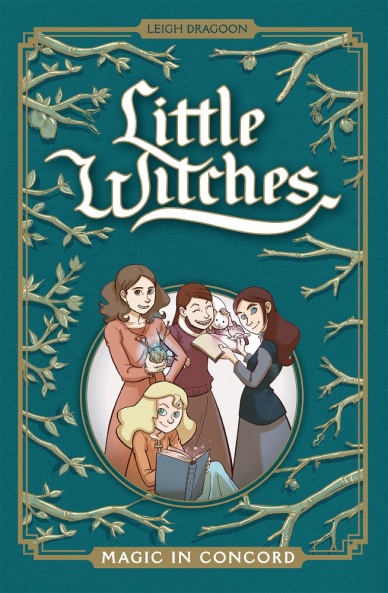 There’s been no shortage of adaptations of Alcott’s novel, in essentially every entertainment medium. In this one, Leigh Dragoon casts the March sisters as witches-in-training. From the sounds of it, she takes the story in a more plot-driven than character-driven direction for this graphic novel. I’m sure it will be cute.

A charming and magical graphic novel based on Louisa May Alcott’s Little Women!

Jo, Beth, Amy, and Meg March are four sisters living in Concord with their parents-Father, who’s tending to soldiers fighting in the Civil War, and Marmee, who teaches the girls simple but effective witchcraft. The Marches have to keep their craft quiet, as there are many in Concord who see magic in a bad light-especially after things have begun disappearing.

When Mr. Laurence, a witchfinder, moves in next door to investigate the missing objects, the girls fear for their livelihood. But he turns out to be a kind old man, and his grandson, Laurie, quickly befriends the Marches. As the cold winter blusters on, the girls continue their education, even as missing objects soon turn into missing people.

Things take a turn for the worse when Jo and Laurie try investigating on their own, and a dangerous storm takes hold of Concord. There’s powerful magic at play here-stronger than anything the Marches, or even Laurie, has ever seen before.
Can they hope to defeat it? Or has the magic already become too strong for them to fight against?

5. Just Sitting Here, Watching Our Barren Lives Pass Us By 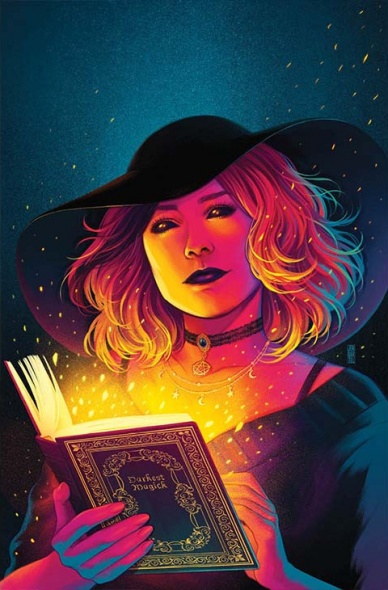 The BOOM! “Buffy” series has made some . . . choices. And while I feel the Buffy franchise may need to take a rest already, Mariko Tamaki and Natacha Bustos’s collaboration here makes this spin-off worth a look. (It’s a shame, really, that a new generation of kids who are discovering the Scoobies are getting it through terrible HD transfers.)

* After everything – and everyone – she lost to the Hellmouth, Willow is leaving Sunnydale behind for a new school that promises “to help you prioritize your true self.”
* But Willow soon learns that all is not as it seems, and if your true self isn’t what the school thinks it should be…well, don’t worry, they’ll help you get there. By any means necessary.
* Now, truly alone for the first time in her life, Willow must rely only on her instincts – and her magic – to save herself from a different kind of threat than Buffy ever prepared her to face!
* Award-winning writer Mariko Tamaki (Laura Dean Keeps Breaking Up With Me, Harley Quinn: Breaking Glass) and superstar artist Natacha Bustos (Moon Girl and Devil Dinosaur) bring Willow face to face with the truth of her past… and plant the seeds for a future no one could’ve predicted. 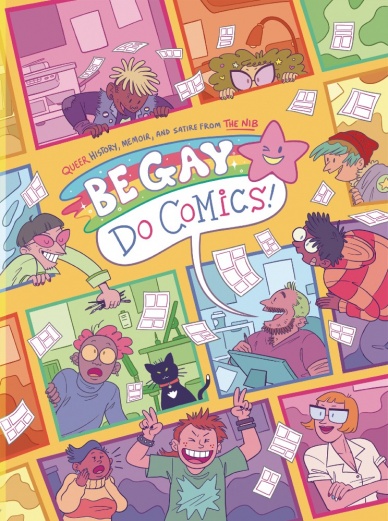 This collection of cartoons comes courtesy of The Nib. The talent involved is astounding, and it goes to show that queendom can never be defined by one specific definition

The dream of a queer separatist town. The life of a gay Jewish Nazi-fighter. A gender reveal party that tears apart reality. These are the just some of the comics you’ll find in this massive queer comics anthology from The Nib. Be Gay, Do Comics is filled with dozens of comics about LGBTQIA experiences, ranging from personal stories to queer history to cutting satire about pronoun panic and brands desperate to co-opt pride. Brimming with resilience, inspiration, and humor, an incredible lineup of top indie cartoonists takes you from the American Revolution through Stonewall to today’s fights for equality and representation. Featuring more than 30 cartoonists including Hazel Newlevant, Joey Alison Sayers, Maia Kobabe, Matt Lubchansky, Breena Nuñez, Sasha Velour, Shing Yin Khor, Levi Hastings, Mady G, Bianca Xunise, Kazimir Lee, and many, many more! 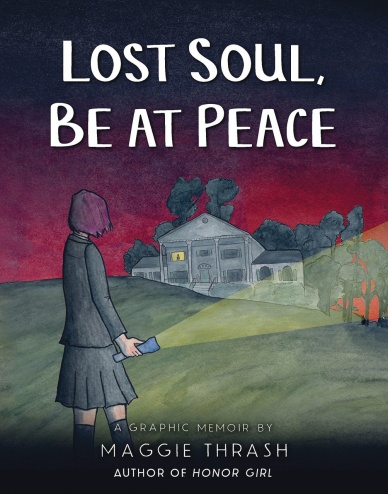 Maggie Thrash presents a new graphic memoir from Candlewick Press. Nominally a story about a missing cat, Thrash promises to bring her reflections on depression, disappointment, identity, and empathy to the story. Her artwork is vibrant and deep and, if it continues the line from “Honor Girl,” altogether engrossing.

Lost Soul, Be at Peace
Written and Illustrated by Maggie Thrash
Published by Candlewick Press

A year and a half after the summer that changed her life, Maggie Thrash wishes she could change it all back. She’s trapped in a dark depression and flunking eleventh grade, befuddling her patrician mother while going unnoticed by her father, a workaholic federal judge. The only thing Maggie cares about is her cat, Tommi… who then disappears somewhere in the walls of her cavernous house. So her search begins – but Maggie’s not even really sure what she’s lost, and she has no idea what she’ll find.

2. Come Back to the Five and Dime 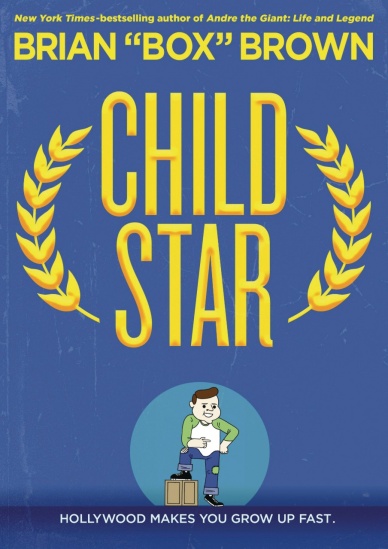 And now the latest from Box Brown. Instead of a single biography of a child star from the ’80s, he’s combining their stories, qualities, characteristics, and troubles into one little boy. Brown’s worlds are rapturous and tragic, the people who populate them real and tangible. I can’t wait to see him bring that for this fictional offering.

In Child Star, bestselling author Box Brown creates a biography of Owen Eugene, a fictional 1980s child actor. Owen had it all: a hit sitcom on prime time, a Saturday morning cartoon, and a memoir on the bestseller list. The secret to his success was his talent for improvisation… and his small size. But Hollywood ate him alive. On screen he made the whole world laugh, even as his life fell apart behind the scenes. Inspired by real-life child stars, Box Brown created Owen Eugene, a composite character whose tragic life is an amalgam of 1980s pop culture. In this fictional documentary-style graphic novel, we see how growing up in the spotlight robs young actors of a true childhood.

1. At Last, All Collected and All Here 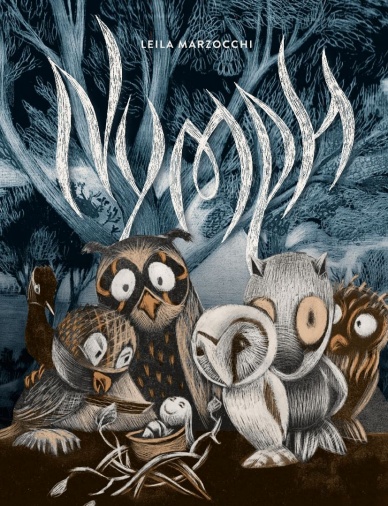 Talk about a book to get lost in. Lela Marzocchi’s artwork envelops you, encompasses an entire universe in one panel. There’s more to discover each time you look at it. If the story can match this book’s gorgeousness, then you can be sure this will be a wonderful addition to your comic library. Originally serialized in “Niger,” this marks a full collection of this intoxicating book.

Outside the Western Ruins, the birds and trees agree to protect a lone, defenseless pupa that has fallen from the sky. It begins to slowly evolve into a humanoid creature, showing a predilection for flight and music. When fossilized eggs start sprouting wings, the plante dwellers realize that they are in a mystical new world. Leila Marzocchi’s lush artwork and witty dialogue makes Nymph equal parts tender and dark and proves that, to raise a child-like larva, it takes a village. Or at least a forest.