Is it really that time again? Feels like just yesterday we were just talking about Image’s solicitations for February and now we’re already talking about March. It’s weird, it’s like experiencing two different years going too fast at the same time. I feel like I’m in an episode of Doctor Who half the time.

With that being said, let’s take a look into the future and see what Image Comics has in store for us in March of 2016, shall we? 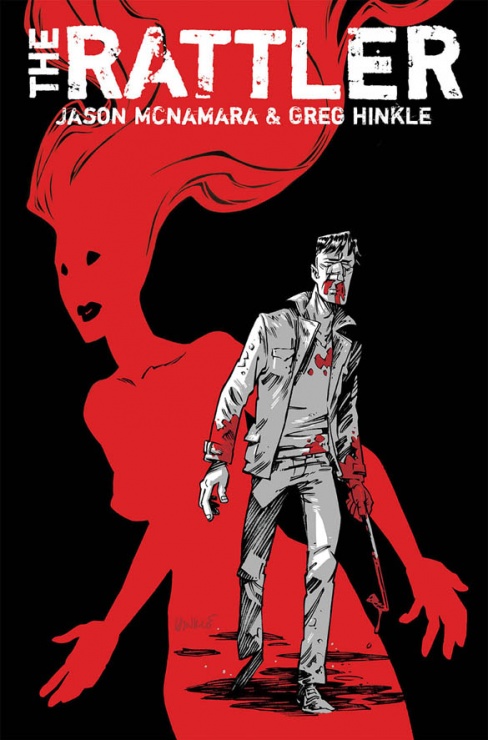 So, this is interesting. “The Rattler” started out as a Kickstarter campaign that will be seeing a physical release in March. With Greg Hinkle providing the art, I will interesting in checking this out as it seems like it’s going to be a pretty dark and brutal thriller.

THE RATTLER OGN
STORY: JASON MCNAMARA
ART / COVER: GREG HINKLE
MARCH 23 / 104 PAGES / BW / T+ / $14.99
Ten years have passed since Stephen Thorn’s fiancée vanished without a trace, and he has grown into a prominent, if bitter, victim’s rights crusader. Despite the cold trail and lack of leads, he stubbornly refuses to give up the search. And then…he begins to hear her voice in the strangest of places.
Pursued by his own organization and questioning his sanity, Stephen embarks on a grisly journey to save his long-lost love. As he unravels the truth of her disappearance, the body count rises and Stephen finds himself ensnared in a trap that had been set for him long ago.
“Brutal, terrifying, and devastating…The Rattler is sure to be one of the very best things you’ll read all year.” —AiPT! 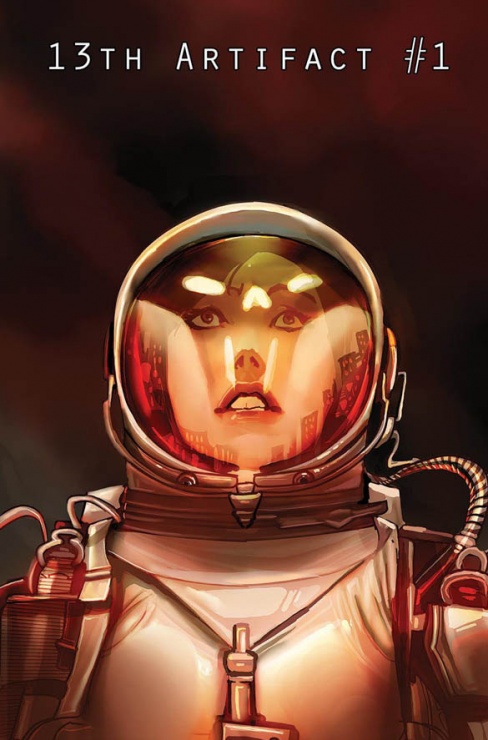 I don’t really have much to say here other than the fact that this is by a Talent Hunt winner has me interesting in checking out plus the concept from the solicit text sounds pretty interesting. On the bright side, a $3.99 one-shot is easier to commit to than a full ongoing just to see if it’s any good.

THE 13th ARTIFACT (ONE-SHOT)
STORY: AMIT CHAUHAN
ART: ELI POWELL
COVER: LINDA SEJIC
MARCH 2 / 32 PAGES / FC / T+ / $3.99
2015 TOP COW TALENT HUNT WINNER!
Stranded on a mysterious alien planet after her shuttle crashes, astronaut Valentina Kedr is desperate to find a way to survive. With her oxygen rapidly running out, she decides to explore her new surroundings. Upon discovering a civilization on the planet, will her curiosity lead to her downfall? 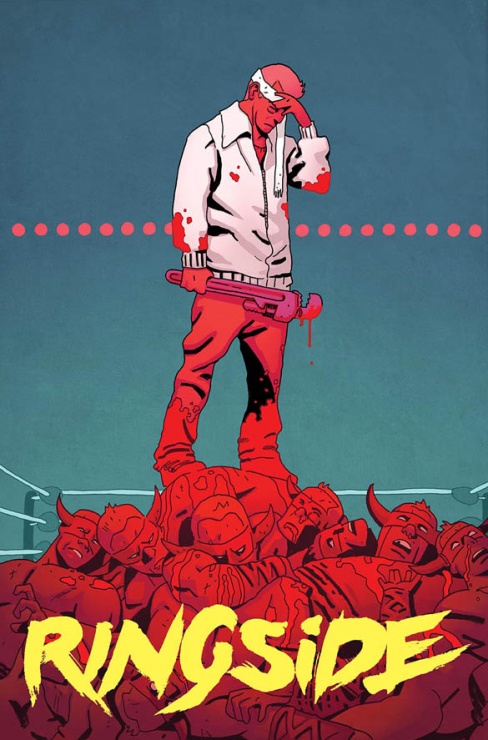 Look, I loved “Ringside” #1. The two month wait I’m going to have to go through without “Ringside” will be like hell. Going to be sad about this. 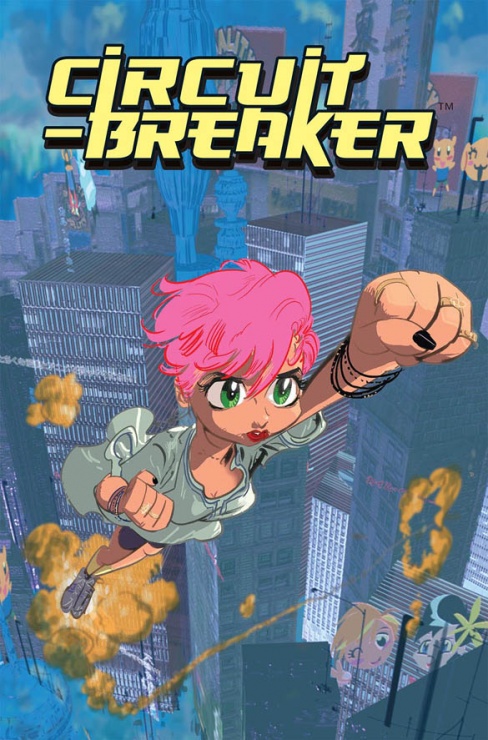 CIRCUIT-BREAKER #1 (OF 5) – GEM OF THE MONTH
STORY: KEVIN MCCARTHY
ART / COVER: KYLE BAKER
MARCH 16 / 32 PAGES / FC / T / $2.99
When the heroic robots that saved Japan during World War IV are outlawed, they turn against mankind, waging a campaign of terror across the last city on Earth. Their creator builds one more soldier—disguised as his teenaged granddaughter—and tasks her with dismantling the marauding mechanical militia. But as she begins to question her programming, will she be the last hope for humanity, or the final nail in our coffin? 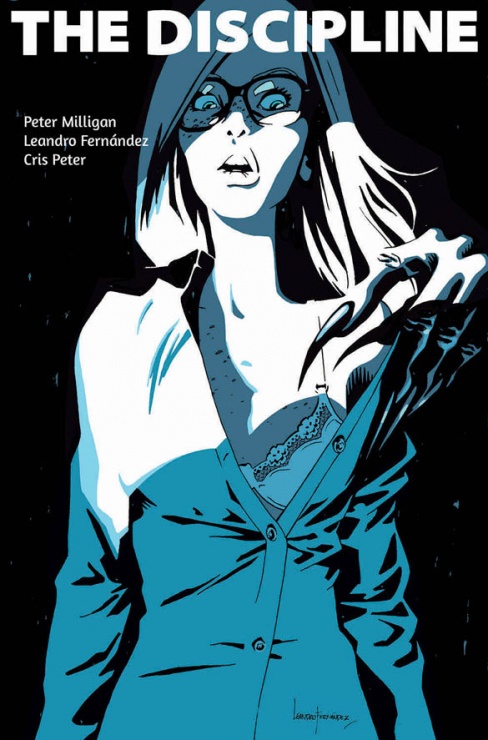 Peter Milligan has a long and storied career in making some great ass comics and I’m super into him putting comics out through Image. Plus, Leandro Fernandez did some of my favourite art on the “Punisher MAX” series so I cannot wait to see what these two come up with. It will likely be dark and twisted, but I am very interested in this.

THE DISCIPLINE #1 – GEM OF THE MONTH
STORY: PETER MILLIGAN
ART / COVER: LEANDRO FERNANDEZ
MARCH 2 / 32 PAGES / FC / M / $2.99
Between fighting her sister and hating her husband, Melissa still finds time to fall in lust with a stranger who’s an awful lot more than he seems. What appears to be a simple seduction is revealed as something much darker and more dangerous. This controversial and erotically-charged tale of sex, death, and metamorphosis begins with an explosion of carnality and weirdness. 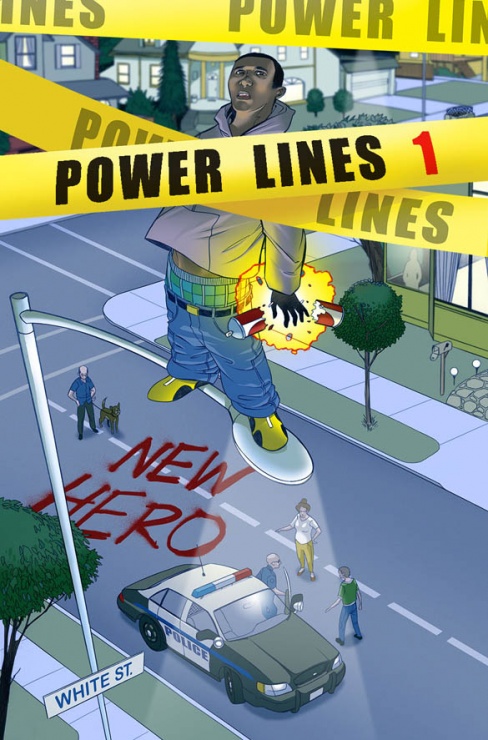 Creator of “Bomb Queen”, “Five Weapons” and “The Empty”, Jimmie Robinson has a new series coming out in March which I will be definitely checking out. This sounds like The Wire for superheroes. In a world where we keep pushing gender equality in comics, I am very interesting in a superhero comic exploring racial inequality. Definitely keeping an eye on this one.

POWER LINES #1 (OF 6)
STORY / ART / COVER: JIMMIE ROBINSON
MARCH 9 / 32 PAGES / FC / M / $3.50
“STREET HERO”
A local street hood surviving in a crime-infested ghetto has his life turned around when an ancient magic grants him superhuman powers—except his ability only activates in an upscale white community that may not accept him.
Gritty, racially charged street-wise drama! 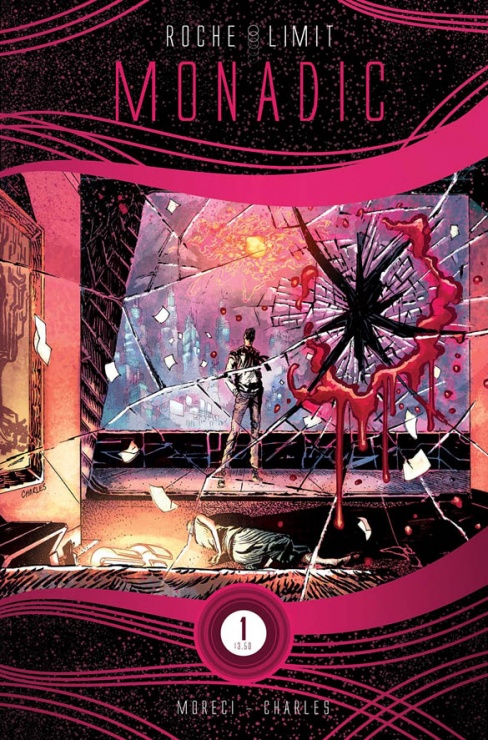 So, I loved “Roche Limit”. It took a very hard sci-fi setting and concept and infused it with a good measure of spirituality in its storytelling and was really very interesting. Sadly, I still haven’t read “Roche Limit: Clandestiny” yet, but I really want to catch up with it before the third and final miniseries comes up as that solicit text sounds amazing. Though, I’m still kind of sad that Vic Malhotra won’t be coming back.

ROCHE LIMIT: MONADIC #1 (OF 4)
STORY: MICHAEL MORECI
ART / COVER: KYLE CHARLES
MARCH 16 / 32 PAGES / FC / T+ / $3.99
THE CRITICALLY-ACCLAIMED SCI-FI HIT RETURNS FOR ITS THIRD AND FINAL ARC
Earth is in ruins after the Black Sun’s annihilation of the planet. Now, in the last remaining human city, its inhabitants fight for survival while a chosen few realize that their world may not be what it seems. 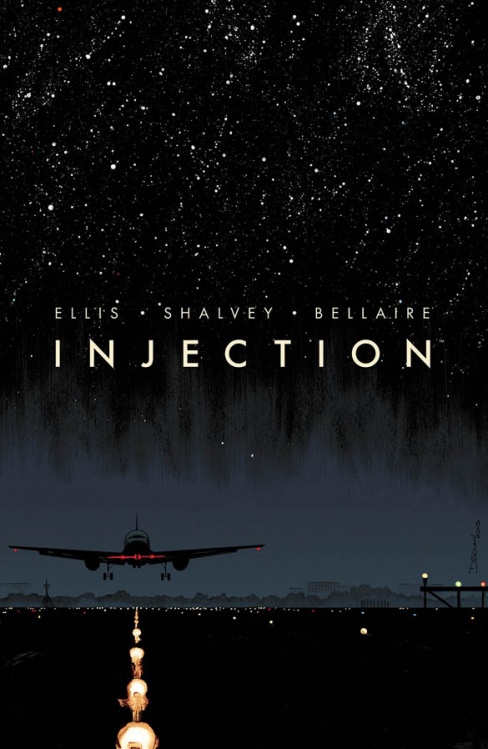 I got nothing to say about this other than “The Adventure Of The Crying Ghost Sexer” is the Saturday morning cartoon show I’ve always wanted to see. 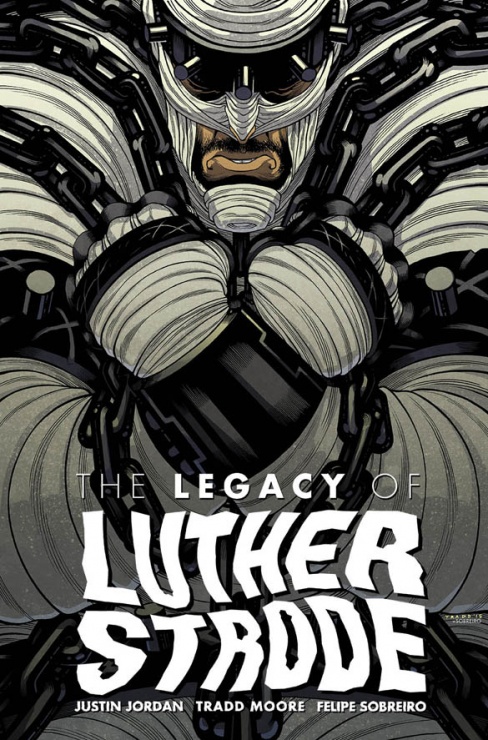 We won’t see “Legacy Of Luther Strode” #4 until January and then we’ll have to wait until March to get the fifth issue. That’s the only problem with how good Tradd Moore’s art is: having to wait until the issues are done. Sure, they’re more than worth when they do come up, but I’m an impatient gal and I just want to see the end of this series already. Someone should’ve given Tradd god-like speed alongside god-like talent! 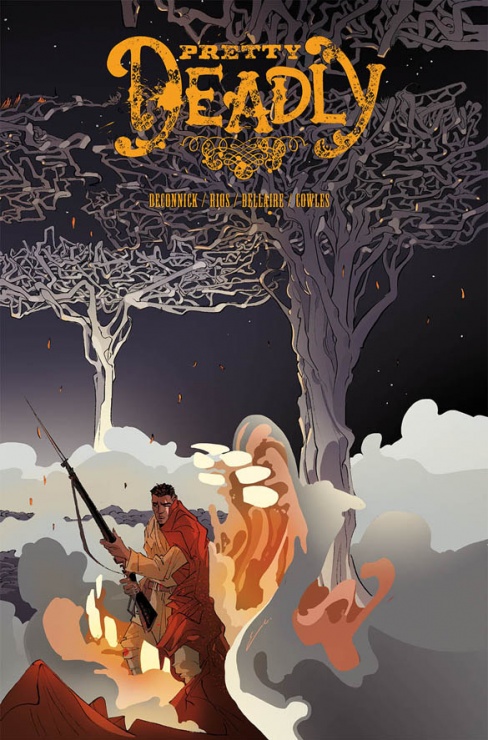 Y’all know I love me some “Pretty Deadly”. C’mon, I’m the girl with the “Pretty Deadly” tattoo. So while I’m super glad it’s back and I can’t wait to check out #7 this week, it’s kind of bittersweet to be reminded that the second volume will be concluding in just three months. Feels like time is flying too fast. Hopefully the hiatus between volumes won’t be quite as big as the gap between volumes one and two, but I’ll still be waiting here for “Pretty Deadly” to return.

As always, you can find Image’s full solicitations over at CBR.