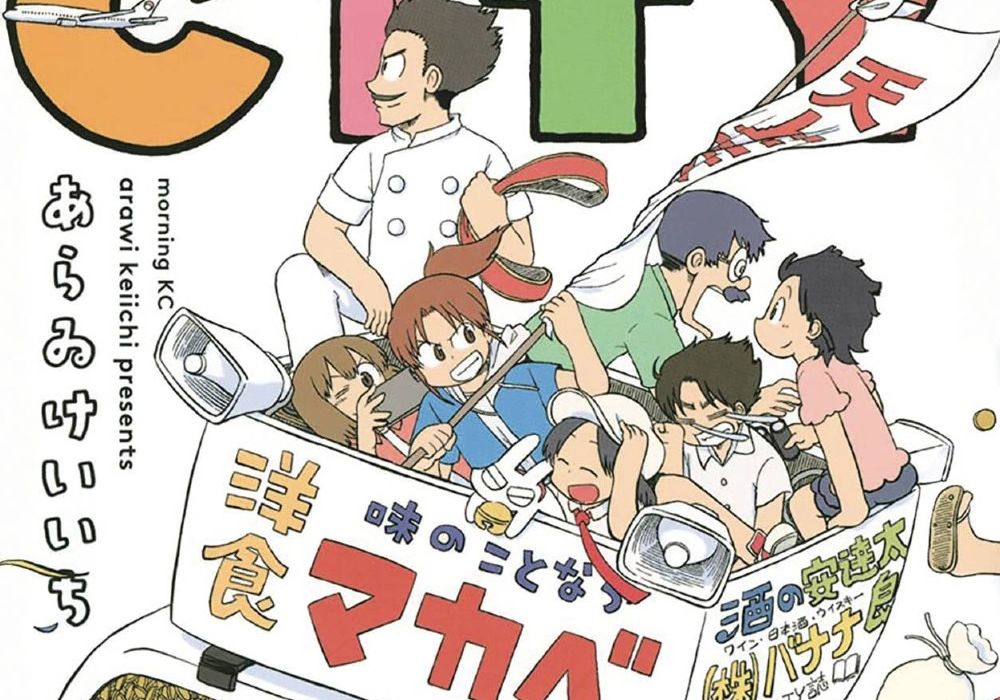 Welcome back, manga fans! As you’ve almost certainly noticed by now, print release schedules have become a bit…erratic of late, owing to a combination of paper shortages and supply chain issues. Because of this, books are getting delayed and resolicited, which has impacted more than a few titles I’ve highlighted in past months, especially from smaller publishers like Denpa, who already had release slippage issues.

I say all this as preface because the January 2022 solicits were very slim in terms of new and interesting books, even more than the post-holiday releases tend to be. Still, there are a few books that caught my eye and I’m more than excited to talk about them. Onwards! 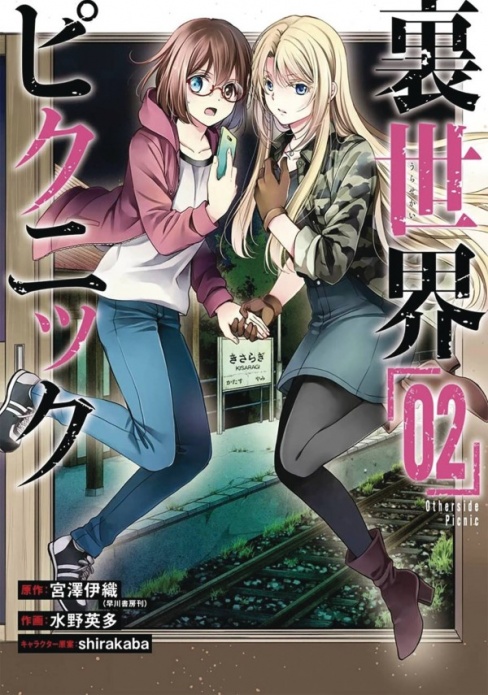 When I first read the blurb, I thought the whole series was set at this train station so I was very confused as to why it’s called “Otherside Picnic.” I still don’t have an answer but it’s got me intrigued enough to give the first volume a shot. I love a good “Through the Looking Glass” style adventure far more than your typical Isekai set-up too. Plus it’s spoopy month! Can’t pass up highlighting something tangentially ghostly.

Otherside Picnic, Vol. 2
Written by Iori Miyazawa
Illustrated by Mizuno Eita
Published by Square Enix Manga
When Sorawo and Toriko undertake another foray into the Otherside via a Shinjuku pub and lose their way, Kisaragi Station awaits them. The unarmed pair gets into trouble, only to be saved by a mysterious band of soldiers. As the girls soon discover, the soldiers are US Forces, Japan marines who found their way into the Otherside from their Okinawan base and have been making camp at Kisaragi themselves, unable to find a way home. Will Sorawo and Toriko be able to escape the eerie station? 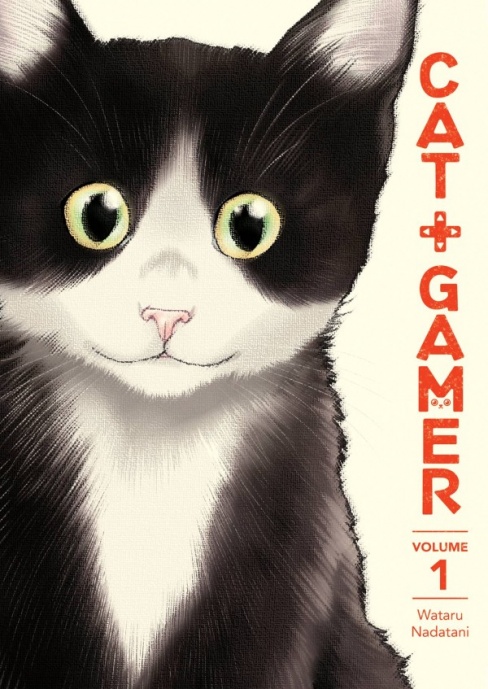 You all know I’m a sucker for cat themed manga. You shouldn’t be surprised it’s here. That said, for those potentially on the fence, consider this: Cat + video games = glorious absurdities. Even if it’s just Rika using video game logic to take care of a cat, as the blurb seems to imply, it’s sure to be fun and you know you can’t pass up eyes like those.

Cat Gamer, Vol. 1
Written and Illustrated by Wataru Nadatani
Published by Dark Horse Comics
Riko, a twenty-nine-year-old office worker with an obsession for video games, finds her quiet life upended when she takes in a stray cat! Her coworkers can’t quite figure her out-she never talks about her personal life, she never works overtime, and she never joins them for happy hour. Is she antisocial? Nope, she’s rushing home to play video games! One day, a stray cat is found in the office parking lot, and before Riko knows it, the cat has moved in with her! Having no experience with pets, Riko uses lessons drawn from video games to guide her in cat care, while her cute companion tries to understand her behavior through a cat’s worldview.

Available for the first time in English! 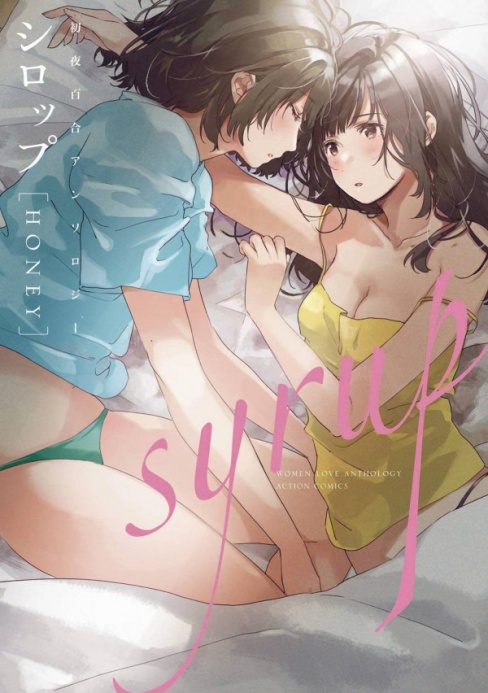 Another month, another Yuri anthology. I love these series because you get to see works from a wide variety of artists, some familiar, some new, all making stories around a central theme. You never know what you’re going to get, and that’s magical!

Syrup: A Yuri Anthology, Vol. 4
Written and Illustrated by Various
Published by Seven Seas Entertainment
A beautiful yuri manga anthology series about women in love by some of the hottest names in the industry! This series features short manga stories by a star-studded line-up, including Milk Morinaga (Girl Friends), Kiyoko Iwami (Transparent Light Blue), Canno (Kiss and White Lily for My Dearest Girl), Pikachi Ohi (Our Teachers are Dating!), and Hachi Ito (Kindred Spirits on the Roof). 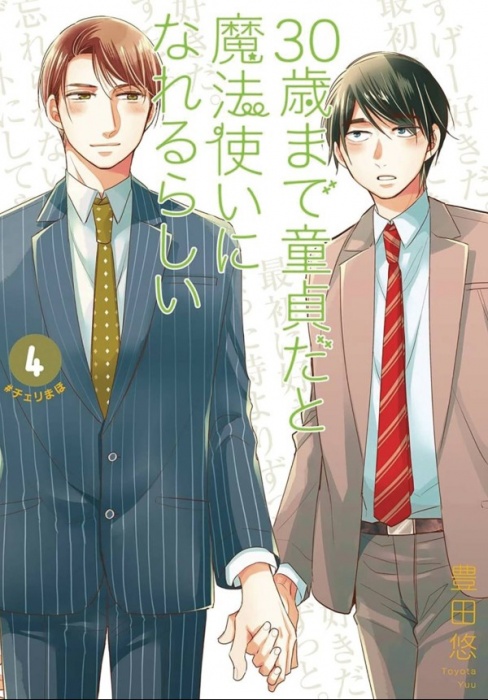 OK. The conceit of this series is perfect and it’s like a better, gayer, less Mel Gibson-y version of What Women Want. It also looks like it’s a real romantic comedy rather than what passes for those in the United States? The phase “virginal businessman-turned-wizard” is used for fuck’s sake!

Cherry Magic, Vol. 4
Written and Illustrated by Yuu Toyota
Published by Square Enix Manga
Gifted (cursed?) at the age of 30 with the ability to read the mind of whomever he touches, virginal businessman-turned-wizard Adachi is taking his first tentative steps into love! After being wooed within an inch of his life by the tenacious Kurosawa, Adachi is at last on board with his feelings for his handsome, kind colleague and has come around to the idea of Kurosawa as his very first significant other. But now that the pair are officially an item, Kurosawa is chomping at the bit to do all the couple stuff he’s been dreaming about, including dating! There’s just one little problem: Adachi, the 30-year-old virgin, has never even been on a date!

6. Coziness is Next To Bad Boy-liness 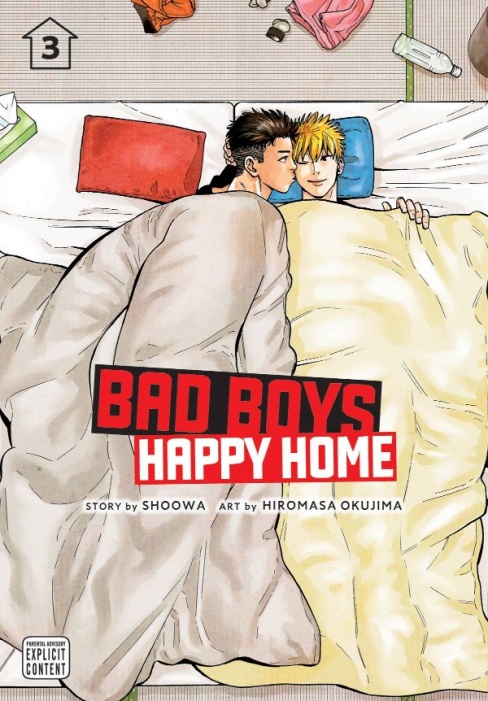 The cover and the description do not match up at all but perhaps that’s the point? It’s a delinquent manga mixed with a cozy romance so a kidnapping plot with the sweetest cover is EXACTLY how you inject drama into the series. I just hope the shocking past doesn’t turn out to be, like, he was in a rival gang or something. Let him be a former marbles champion or something!

Bad Boys, Happy Home, Vol. 3
Written by Shoowa
Illustrated by Hiromasa Okujima
Published by SuBlime
Seven has disappeared, and when Akamatsu goes looking for him, he learns of his shocking past. The two have grown up in vastly different worlds, but the time they’ve spent together still burns brightly. Will Akamatsu fight to get those days back or is the chasm between their two worlds too great to span? 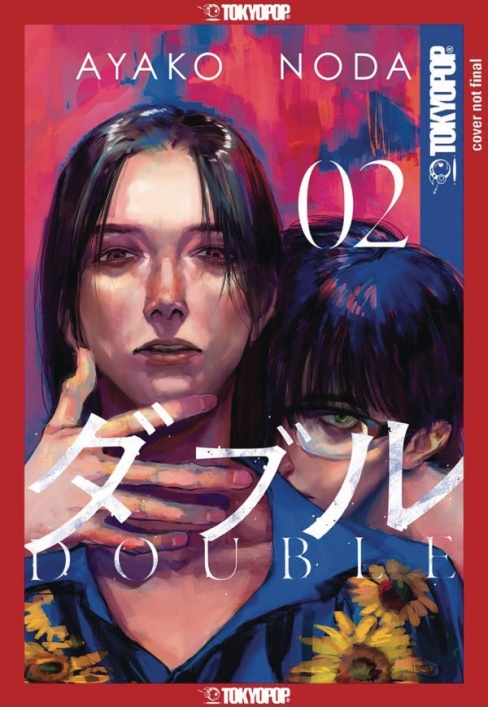 No, you’re not seeing double. I did highlight this back in August. Have I read volume one since? Uhhhhh…no but mostly because it’s not out yet. So why am I doubling up on Noda’s manga? The cover. It’s striking, spooky, and I want to know more. Sometimes that’s all there is to it.

Double, Vol. 2
Written and Illustrated by Yumiko Noda
Published by Tokyopop
Scatterbrained Takara Takarada is an undiscovered genius actor who fully embodies every character he plays-but this genius can only be brought forth by his best friend and fellow actor, Yuuji Kamojima, who cares for Takara even as he envies him for his innate talent. With Yuuji’s guidance, Takara manages to deliver a knockout performance for his first television role. But when the two of them audition for the same role in a film by an esteemed director, new fault lines are exposed in their relationship.

4. Neither Heaven nor Earth 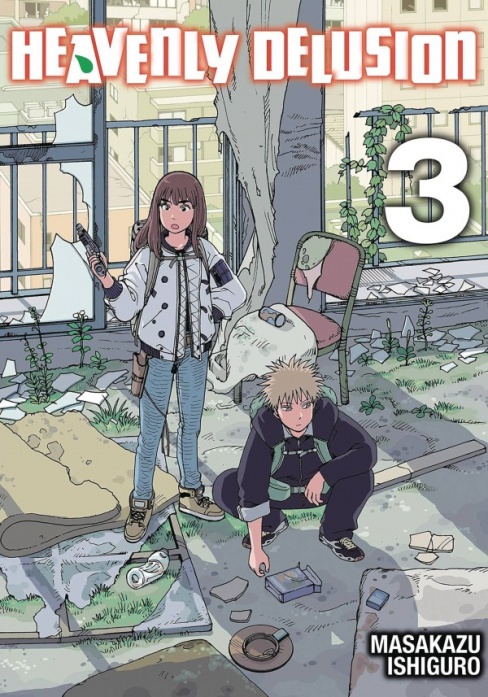 Post-apocalyptic monster hunting. Do I need to say more? Licensed by Denpa, who consistently pick thought-provoking and quite strange titles to the market (even if they can be…somewhat delayed.) Still more? How about that art? Beautiful, lush, and suitably expressive. It’s a series well worth a look and I may have even more to say once my volumes finally arrive from THE DAMN JERSEY CITY POSTAL DISTRIBUTOR.

Heavenly Delusion, Vol. 3
Written and Illustrated by Masakazu Ishiguro
Published by Denpa
After going on a wild goose chase through the badlands of Kanagawa, Kiruko and Maru are back in Tokyo where they can see a small but vibrant refugee community. But with society comes politics and economics, so now they have to turn to monster killing and odd jobs to survive in the big city. 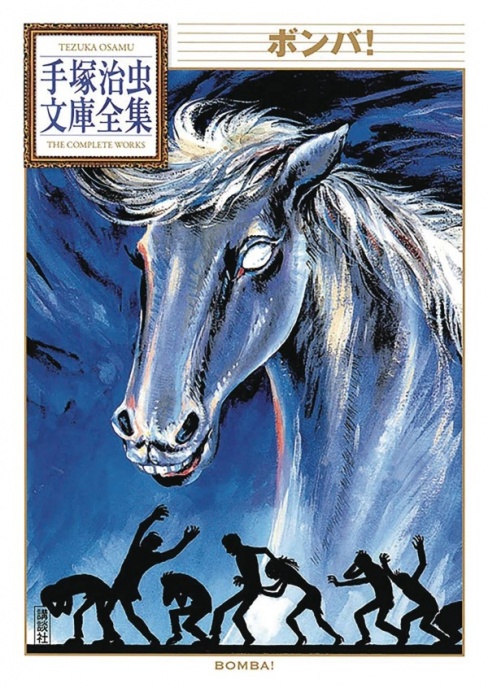 Bomba!
Written and Illustrated by Osamu Tezuka
Published by Vertical Comics
Tetsu is a seemingly normal student, whose passionate love for his teacher turns violent in the most unexpected of ways when another suitor attempts to stand between them. Haunted by his family’s past, he must learn to navigate his desire and quell his rage if he hopes to find peace and solace in his relationships with others. Osamu Tezuka’s masterful artwork and irrepressibly creative page layouts reach a feverish peak in depicting the manifestation of the tortured youth’s explosive angst. Thematically rich yet instinctively relatable, Bomba! deftly weaves an exploration of the complex nature of friendship and the lasting psychological ravages of war into its tale of love, jealousy, revenge, and redemption.

2. One More For the Road 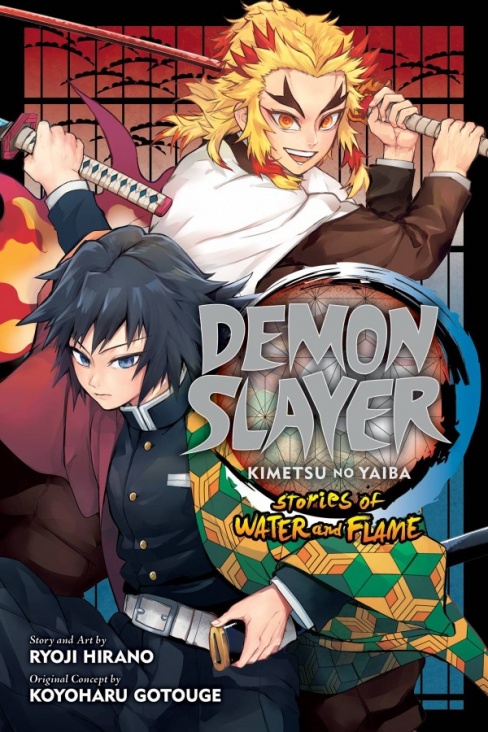 I finished entire “Demon Slayer” series over the summer and while I can’t say I need more, I am happy that best boi Rengoku and stern boi Giyu got a short spin off. Am I sad Gotouge isn’t drawing? Well yeah but these spin-offs are usually done by another artist and that’s OK too. Betten Court does great work on “My Hero Academia: Vigilantes.” I’m sure Ryoji Hirano will bring an equal level of talent to what may be arguably the biggest spin-off, by virtue of its original book, of 2020. 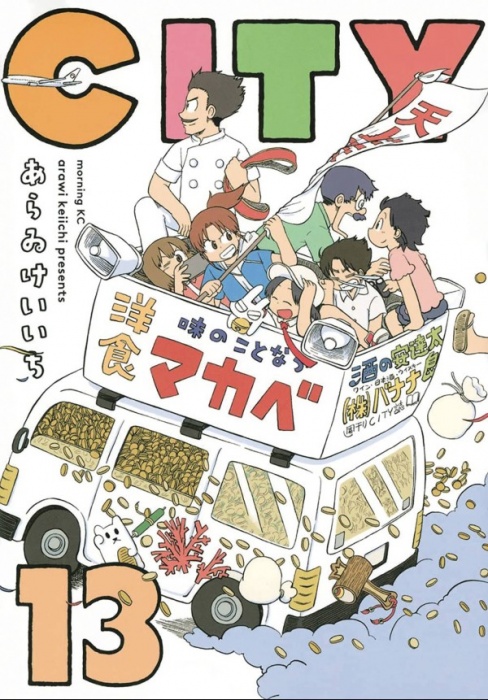 All you need to know is that this is the final volume of “CITY,” the best manga comedy of this year. It’s stupid how perfect this man is at timing his jokes and laying out a page. You will laugh. You will bust a gut. You will be rolling on the floor, unable to stand. This series is just. that. good. What are you doing reading this? Get the first 12 volumes stat!

CITY, Vol. 13
Written and Illustrated by Keiichi Arawi
Published by Vertical Comics
Nagumo is in a bit of a bind. She’s a college student, and like many people in her situation, struggles with money. She is in debt and her landlord is trying to shake her down for rent. Asking her friends no longer works! They know her deal and they do not have the cash to prop her up, even temporarily. So what is she supposed to do under these circumstances? Maybe getting a job would settle things. But that means working and not having fun in the big city! 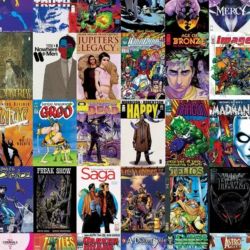 In February 1992, the release of Rob Liefeld’s “Youngblood” #1 changed the comic book industry forever. The title was the first to be offered from an upstart publisher named Image Comics, whose founders sought to produce stories that they had always dreamed of. Now, 30 years later, Image’s offerings continue to embody that spirit, showcasing […] 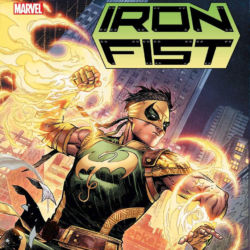 February! I don’t have anything witty to say about February. But I do have plenty of new comics to look at, and the continuation of many more stories from Marvel. So let’s skip the preamble and go to what you’re all here for: the top ten Marvel comics to keep an eye out for.10. More […] 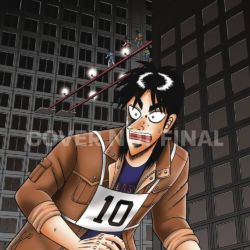 With Diamond having...just so many issues right now, both internally and because of external factors, Previews was exceptionally unhelpful this month. Thankfully, Yen Press being entirely resolicits and everyone staggering their releases a bit more meant it was one of the easiest months to narrow things down.