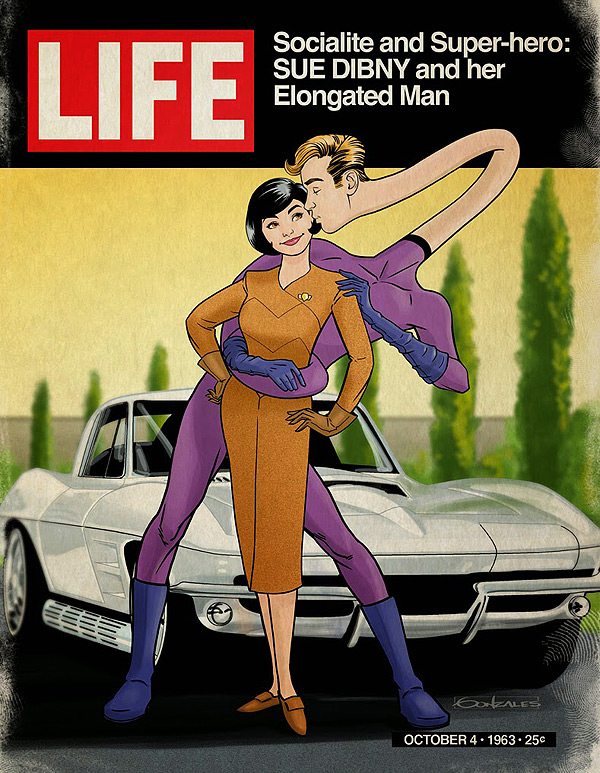 In case you missed our latest episode of The Hour Cosmic (Episode 77: Mr. Falcon and the Stranger in the Woods with Ryan Browne), we talked a lot about various TMNT rip-offs, specifically Adolescent Radioactive Black Belt Hamsters. That got us thinking – what are some of our favorite characters that started/existed as knock-offs of more famous characters? Read our picks below, and if you haven’t heard the episode yet, check it out in the embedded player, or download here.

I know this one is fairly recent, but I had a lot of fun reading Jonathan Hickman’s Marvel alt-Earth take on DC’s “Justice League” in the pages of “New Avengers” (spoilers lie ahead). They were known as the “Great Society”, which consisted of obvious homages to Superman, Batman, Wonder Woman, Green Lantern, The Flash, and Martian Manhunter. There have been so many pastiches of the Justice League over the years, but few of them were as visually and conceptually direct and obvious as Hickman’s. Most of them are really just teams full of basic archetypes that happen to carry a lot of the same traits as the Justice League – I’m thinking of parodies like “The Authority” or some of the cast of “Astro City” when I say this. 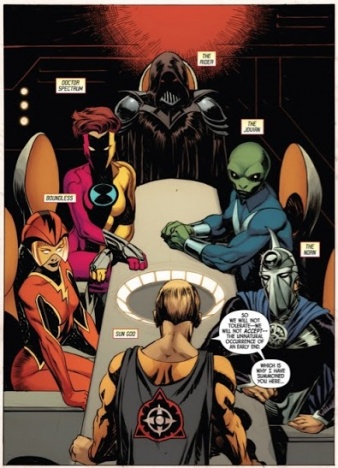 Hickman’s “Great Society” went directly at the “Justice League”, even going as far as to throw the name “Wayne” around without batting an eye. Their predecessors on Earth-4290001 were even called the “Archetypes of J.U.S.T.I.C.E.” so, you know, no hiding anything here.

What was most fun about the “Great Society” is that they really brought out the worst in Marvel’s Illuminati, who at the time were being forced to destroy planets to avoid incursions that would destroy their own (Marvel 616). In some ways, Hickman is both poking fun at the Justice League by having Marvel’s heroes destroy them, and honoring them by doing such a straight, well-done pastiche of them. Not only did they make for an insanely fascinating dilemma for the Marvel Illuminati, but they also continue to have me hoping for the day that Jonathan Hickman writes all the Marvel characters he wants to write and grabs a job on the actual “Justice League” title. Hey, a guy can hope, right?

My favorite knockoff character is none other than the Big Red Cheese himself, Captain Marvel! And while I’m sure most of you don’t need a history lesson, I’ll give you one anyway.

Captain Marvel made his four color debut way back in 1940 in the pages of Fawcett Comics’ Whiz Comics #2. He was an immediate success, and within a few years of his first appearance, Cap’s titles had gone from monthly to bi-weekly, and were selling in the millions. Where comics were concerned, The World’s Mightiest Mortal was the World’s Mightiest Money-Maker, outselling every other title on the stands, including DC Comics’ Superman titles. DC sued Fawcett in 1941 for copyright infringement, claiming that Captain Marvel was too close to Superman in appearance, abilities, and overall setting. After years of litigation, appeals, and great comics, the court decided that Captain Marvel himself wasn’t infringing on DC’s copyright, but rather his powers and abilities, and in general his stories did so. Fawcett, the underdog, settled out of court with DC, and ceased publication of Captain Marvel titles entirely just a few years later. In the 1970s, in an effort to revive the beloved character, DC would license Captain Marvel from Fawcett before eventually buying their entire catalog of characters and incorporating them in the DC Universe proper by the late 1980s. 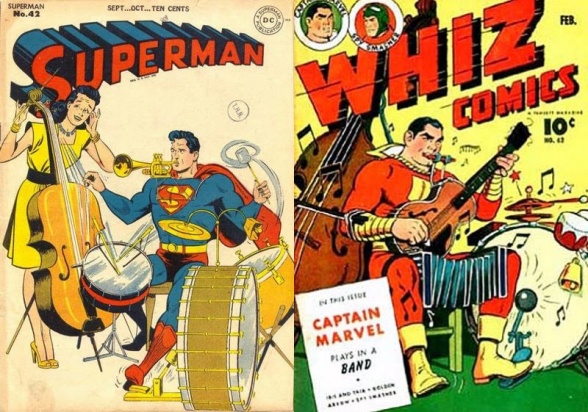 Chad is claiming this isn't coincidence

Now, I have a lot mixed feelings about the way DC acquired the Fawcett characters, but putting all that aside for a moment, it’s pretty obvious that Captain Marvel was a blatant knockoff of Superman. The physical similarities alone are dead giveaways, but when you start to consider things like Billy Batson’s profession (reporter), his villains (Dr. Sivana, the bald mad scientist), and his Lieutenant Marvels Mary Marvel and Captain Marvel Jr., the argument just gets harder and harder to make.

But then again, who’s arguing? Certainly not me. I don’t care who Fawcett had to ripoff to get us Captain Marvel, so long as they did!

The setting: 1960, the offices of DC Comics. Editor Julius Schwartz doesn’t realize that DC owns the name and rights for Plastic Man, and so creates a new version of, essentially, the same character to be a supporting player in the Flash. What started from such inauspicious beginnings went on to be one of the most fully realized characters DC introduced during the Silver Age. 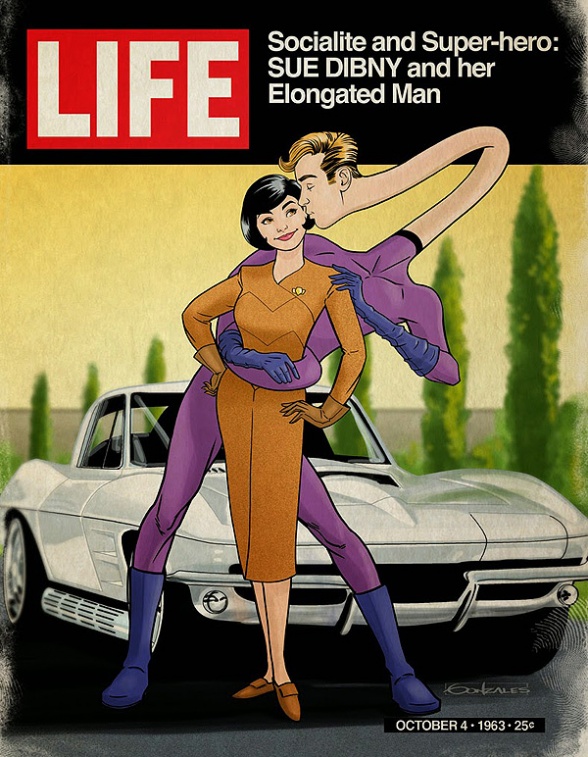 Ralph Dibny went from being the third most famous stretchy character in comics to being one half of, perhaps, the greatest love story in the medium. He was a Justice Leaguer in good time and bad, he was one of the first heroes to “go public” with their identity, and he struggled with grief in a way we rarely see. He took center stage in “52,” and his story added the human anchor that really made that story work.

And – those who know me will not be surprised by this – he had a great supporting role in “Starman,” which is the closest anyone can come to a free pass to do anything they like in my book.

In fact, this is the rare knock-off that has become a more beloved, more utilized, more well-rounded character than the original. Sure, Plastic Man has the name recognition, but I don’t think anyone would claim that he is as essential a part of DC’s Silver and Bronze age (or any age, really), than Dibny is, even though he hasn’t appeared in a comic in nearly a decade. 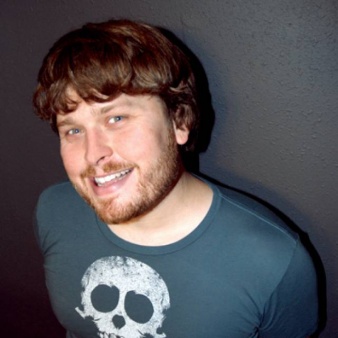 Our guest on our next episode is none other than Dennis Hopeless, the writer of “Avengers Undercover” and the upcoming “Spider-Woman” series! Make sure to follow @TheHourCosmic and retweet this tweet for a chance to have Dennis play on your behalf and win a prize!

Thanks for checking this out, and come back to hear Dennis on the show on Monday!