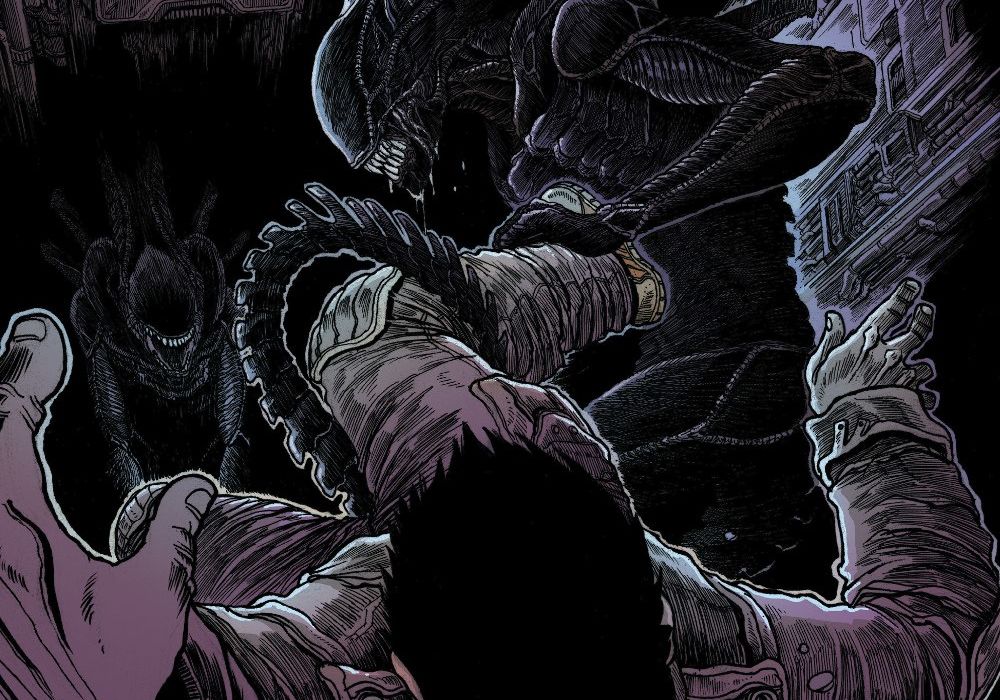 Before we bid 2020 a final farewell, we share some of our favorite writing from the past year.  We wish all of you a happy and healthy New Year, with the hope for brighter days in 2021.

As a lifelong fan of all things horror, it seemed right to come up with a mini-column for the month of October, leading up to Halloween, with some of my personal favorites from the world of horror comics. I want to discuss the works through all of their components – the writing, the art, the ideas and themes; to interrogate what makes this particular comic book series or graphic novel a standout in the horror genre. I really want to delve into titles that maybe haven’t gotten the recognition they deserve, or simply have had some years out of the spotlight. For this entry in the column, I’m venturing into the world of Alien with “Aliens: Dead Orbit” from 2017. 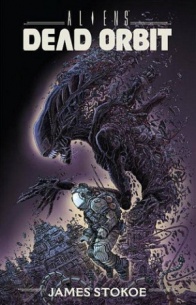 For a movie series that has some of the most terrifying moments in cinema history, many of the comic book spin-offs have been a bit less than. “Aliens: Dead Orbit” was both a return to terrifying form, and also a fresh take on elements and themes from various entries in the grander franchise.

The year is 2295. In deep space, the Weyland-Yutani fueling way station, Sphacteria, stands alone in orbit over the backwater gas giant Pylos. A small crew of six maintains and runs the station, and life is anything but exciting. They go through their routines, deal with the stress and loneliness that this position has awarded them, get in petty arguments, and simply deal with this life they are leading. When a freighter appears on their scans in an approach to dock with the station, it immediately becomes clear that something is amiss. The entire crew appears to still be in hypersleep, and the station crew see that the ship, once owned by the Company, was auctioned off to a private buyer some time ago. Fearing that pirates or other unfavorable passengers may be aboard, the crew stands ready to deal with whatever might lay ahead. Unfortunately for them, it is far worse than anything they could imagine.

Told over four issues, the story begins in media res, showing where one of the survivors, Engineering Officer Wascylewski (Wassy for short), is currently hiding from the horrors on the station. After a few pages the story then backtracks to the beginning showing what exactly happened with the freighter and how the Xenomorph presence is unleashed on the station. Each of the four issues begin and end this way, giving us the current situation and then returning us to the pulse-pounding terror that makes up the bulk of the middle pages.

James Stokoe takes on full creative duties on this book. Writing, illustrating, and lettering the entire mini-series gave him total creative control for how this story should be told. Set about 20 years after Aliens/Alien 3, this freed Stokoe up to stay away anything tied to Ellen Ripley, Colonial Marines, or any other major plot point used in the films. It does, however, bring up the fact that Ripley did not actually completely exterminate the species SPOILERS FOR ALIEN 3 with her heroic death on Fury 161.

Stokoe takes things back to basics. Playing in a well-established world allowed him to build off the established canon without being completely tied down by it. We see a familiar stylistic language throughout, especially from the clothing and technology, but also through how the characters speak. The type of dialogue that he uses. He doesn’t fill a page simply to do so. The writing calls back more to the original film than most others in the franchise. Important information is exchanged, plot is pushed forward, and relationships are built up to a point of understanding without feeling forced, or over-drawn in such a limited storytelling space. Even if an “Alien” novice sat down to read this comic, they would fully understand the narrative, even if they didn’t pick up on subtle nods or full references to the greater universe. It speaks the language of the franchise without gate-keeping or getting bogged down in the minutia. It is realistic and when the time comes for it, down right scary.

The art is something new and exciting for “Alien” comics. His work both carries an energy and tone found in most modern comic books, it never feels like a throwback, but there is also a wild brutality found in many sci-fi manga from the 1980s-1990s. This brutality isn’t just in the scenes of violence. It is felt everywhere. Everything is strained and painful. There is a realism to it that holds true to the series, but I could also easily see this as an R rated anime that I would be fully on board for. He uses space the way people do in life. There is stuff everywhere. Desks and shelves are fully used, equipment takes up floor space, it is a fully realized and lived-in world. And to add to the terror and claustrophobia, the station and everything inside feel like they are falling apart and closing in on the characters all at once. This is true even before their lives are threatened by the perfect organism.

Stokoe also returns to the bulky spacesuits of and pseudo-future VHS tech found in the early movies. Like the Nostromo or Hadley’s Hope, there is a beautiful blend of streamline metal structures cobbled together with screens, wires, and buttons. It is so gorgeously cluttered and detailed you have SO MUCH to look at with each turn of the page. He also takes fans back to a time where there was a real focus on the bio-mechanical nature of the Xenomorph and its relationship to both the mechanical environment and the biological inhabitants. He goes out of his way to really blend the two together. It’s wonderful and unsettling. H.R. Giger would be proud.

His use of color is incredible. Stokoe pulls from the palettes of the first three films. The deep swirl of black and blues and the Alien and space are perfectly juxtaposed with the muddy earth tones of all of the human tech and clothing. Skin, blood, and rust are introduced into this already jarring pairing. Once these all come together the nightmare is fully formed.

The overall tone and plot of ‘Dead Orbit’ mirrors a lot of what we see in the original Alien, but that never takes away from the quality and outstanding execution of this book. The use of a towering structure in space, with only a few humans, and death lurking in the blackest shadows is one of the best settings for this franchise and like the first film, and the 2016 video game Alien: Isolation, this story uses that not as a crutch, but as a real storytelling strength. It fits in this universe better than many, many other entries in various mediums.

“Aliens: Dead Orbit” is a rare standout in both later franchise spin-offs, and in the grand scheme of the comics. There are few as horrifying and effective as this book. This is a comic for Alien fans, from a fan. The secluded terror is perfectly framed. The gore is plentiful without being dumb or gratuitous. And the body horror is so damn scary and truly upsetting. It is a mash-up of everything that makes this series so beloved. It is intelligent while being deeply disturbing. A must read for fans.

As I said before this was a four issue mini-series, and copies of those are available through various avenues, but the collected trade paperback, is easily available anywhere you purchase comics.


//TAGS | The Multiverse Of Horror 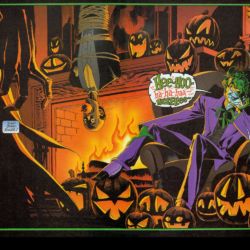 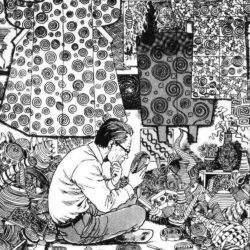 The Multiverse of Horror: “Uzumaki” by Junji Ito 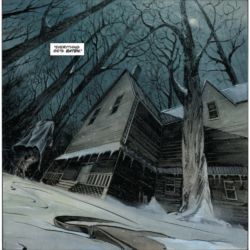