April is over, and that means it’s time for a monthly wrap-up! There have been some great comics this month, but only a few can make the final cut. What do you think they were? Click behind the cut to read my take on the past month, as this month wraps up. It’s been a great year for comics so far, and this month is no different. So give this a read and see if you are not entertained.

BEST BOOK OF THE MONTH: Brave and the Bold #33

I don’t know if my review was enough indication, but this comic was absolutely flooring. What was original solicited as just a “girl’s night out” type comic, this quickly took a turn in true JMS fashion and ended up being one of the most gut wrenching and heart busting comics of the year, let alone the month. I still won’t ruin this for you if you haven’t read it yet, and I’ve already ruined enough by as much as I’ve said. But trust me – if you have never picked up this comic before, pick it up now. You won’t regret it.

In all honesty, this slot whenever I do this column is almost always referred for Jeph Loeb and his Hulk books. Fortunately, Loeb is off this month doing Ultimate Comics X (which was actually decent). Unfortunately, this story is still going on and being continued in a god awful collection of short stories, all of which have to do with this ridiculous story line! I grabbed this comic because I was a fan of World War Hulk, and even the “event” World War Skaar. I had mild hopes that World War Hulks, as crazy as the storyline is, MIGHT be entertaining. I was wrong. I was very wrong, and this book got the lowest grade I’ve ever given a comic book on this site before.

Runner up: Hulked Out Heroes, Fall of Hulks: Red Hulk

SHIELD was a pretty hyped up story, and for me the pay off was still huge. Of course, the best part of the book was how it showed us various moments in time and how they factored into the overall story of SHIELD’s (apparently) epic history. So what better way to show it than people like Galileo going up against Galactus? These were definitely some of the coolest scenes in any comic this month, but that might just be because I’m a nerd when it comes to using history in interesting ways like this.

I didn’t expect much from Last Stand of New Krypton other than to tie up ends and set things up for the final battle. Then Braniac went ahead and snapped Luthor’s neck. This made me gasp and stop reading my comic, immediately questioning outloud how this made sense. I was so excited because this was such a huge move for the writer’s to make, and I kept asking, “How will Action Comics make sense? Where was the Blackest Night time line, anyway? Maybe this happens later, in the future?” I got so excited over this.

It was a robot.

SURPRISINGLY AWESOME SCENE OF THE MONTH THAT I DID NOT SEE COMING WHATSOEVER: Howard the Duck returns (Marvel Zombies 5)

Does anyone still read Marvel Zombies? Probably not. If you don’t, however, you’re arguably missing the best one. I don’t really like Marvel Zombies, and haven’t been a fan of any of them, but I keep reading “just because.” Little did I know it, there was a HUGE return in this latest installment, and it’s arguably the biggest return of the entire year!

Howard the Duck’s back, baby. And he’s going to kick some zombie ASS!

We’ve glorified Hickman all month, with two Friday Rec’s dedicated to his work as well as the opening Book of the Week being SHIELD #1, but in all honesty, the man is a rising star at Marvel. With three books this past week alone, one of which “brought back” Annihilus (he isn’t in the issue, but is confirmed as alive and well) and all of which further showed off Hickman’s intense originality, Jonathan Hickman is really proving himself over at Marvel as one of the most important new writers in comic books today.

Poor Jeff Parker. It must seem like I have a vendetta against him, but I really don’t. His work on Underground and Thunderbolts has been good. But man… FOUR Hulk books this month, and all of them are pretty terrible. I don’t know if he just keeps getting saddled with bad projects or what, but I barely make it through these comics. In fact, I don’t even know why I’m getting them. It’s that weird part of me that just wants to know what’s going on, but I checked out Hulked Out Heroes, rolled my eyes, and put it back.

I’m sorry Jeff Parker, but you really need to stop writing Hulk stories. Granted, ALL of these ridiculous “everyone’s a Hulk” stories should end, but that’s besides the point.

This might be a bit of a controversial pick, but at first I really wasn’t really sure as to who should go into this section. Then I realized: hey, Last Stand Of New Krypton looked GREAT! Who did the art for that? It was Pete Woods! I’m not very familiar with Pete Woods’ work, but with two Last Stand’s out this month alone, you’re in for some intense visuals. The whole point of the book was to unite all the Super-family characters including the Legion, so he had a pretty lofty goal to hit. That last issue, which was made up of tons of splash pages, were really impressive artistically.

Maybe I’m wrong. Maybe there is someone better this month who I just can’t think of. I almost gave it to Francis Manapul right off the bat for his work on the Flash. But I’ll be damned if those splash pages weren’t awesome.

I will be perfectly honest here: Humberto Ramos isn’t ACTUALLY the worst artist of the month. To be quite honest, this was a really pretty month for comics! At least, it was for the comics I read. Heck, this was the month where for once people didn’t choose to spend all day ragging over Greg Land in Uncanny X-Men, and considering our reviewer (Brandon Burpee) HATES Land’s art, I think that says something! No, the reason Humberto Ramos got the short end of the stick is because I hate Hulked Out Heroes and World War Hulks and all this nonsense, and I just wanted to stick it to the title one last time.

If you know of a worse artist this month, please let me know. Humberto Ramos isn’t necessarily bad at all. It’s just his unfortunate luck to have been drawing Hulkpool.

Runner up: I honestly don’t know

Jonathan Ross is a very interesting individual. He has never written a comic book before, but he’s a HUGE comic book nerd. The man has THREE copies of Amazing Fantasy #15: the vault copy, the framed copy, and the reading copy. When Mark Millar finally convinced him to team up with Tommy Lee Edwards to write a comic book, he turned out Turf.

Turf is a crazy story set in Prohibition Era featuring vampires, gangsters, and aliens, all vying for the same area, or “turf.” What’s amazing about Turf is that, for Ross’ first comic book, not only is it a) a ridiculously good story, but b) it’s one of the longest comics I’ve read all month. Seriously – most comics don’t give you a lot of bang for your buck, but this comic alone took a good half hour to read. It’s full of story, has excellent back matter, and is well worth every penny.

BEST COMIC BOOK MOVIE ADAPTATION IN THEATERS AT THE MOMENT: The Losers

The Losers isn’t the best film, and it’s not even a great comic book adaptation. However, it was a fun film with hilarious performances, and I couldn’t have the following category without this one.

So really, this is just my way of saying:

BIGGEST “DROPPED THE BALL” MOMENT OF THE MONTH: Marvel releasing New Avengers and Mighty Avengers before the end of Siege, despite the fact that they both spoil the ending of Siege

This is a nitpicking thing I suppose, but considering I wrote a whole article about premature solicitation, it doesn’t help that Marvel decided to be just as bad about spoiling comics as their solicits. Siege #4 was pushed back for whatever reason, and that’s unfortunate, but you’d think they could push back Mighty and New Avengers back a couple weeks considering what was inside them. Seriously, those are BIG moments that are ruined.

Consider me ticked off. I’ll move on, but still. 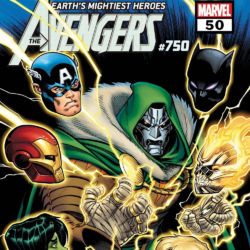 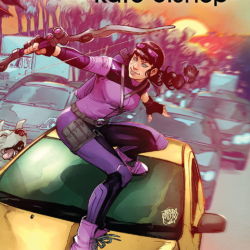