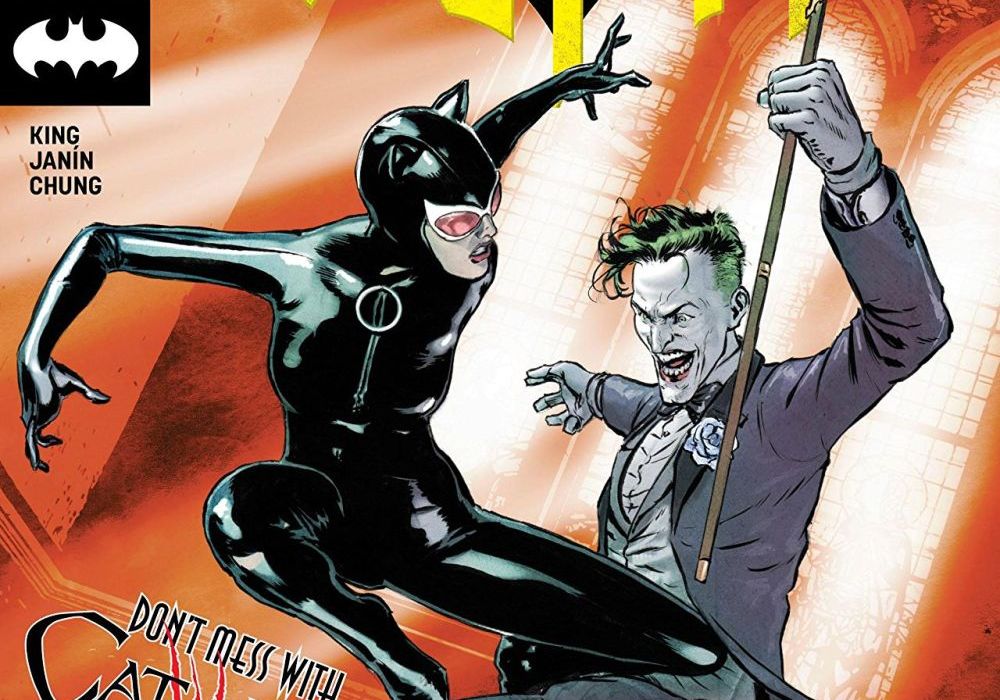 “June is the gateway to summer” and summer is the season of comic cons. The cons may not have started quite yet, but the never-ending torrent of comics hasn’t slowed down in the least. After wading through a slew of comics, I’ve selected my favorites for June. And please, do beware of spoilers. 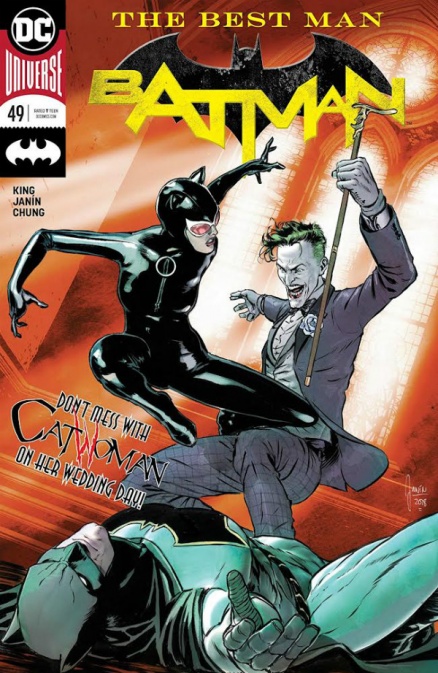 Let’s give credit where credit is due. For an issue with Batman only appearing as unconscious set dressing in about two panels (and speaking off-panel in the final few), Tom King was able to craft an exceptional issue with minimal elements in ‘The Best Man’ finale. Tom King truly shines with the exceptional dialogue between Catwoman and Joker, though credit also goes to Mikel Janin on art, June Chung on colors, and Clayton Cowles on letters. Janin especially deserves a lot of credit for making the most of Joker and Catwoman’s expressions and body language, turning King’s stage play-like script into a proper comic.

As they both lie dying on the grounds of a crumbling church, Catwoman and the Joker banter about villains, their relationships to Batman, jokes, and of course the wedding—all with a humorous casualness despite their mortal wounds. It’s a true psychological excavation of Catwoman and Joker through dialogue alone. Tom King’s Joker is a man much more composed in his lunacy, though he’s still violently unpredictable. Joker’s objections to Bat and Cat’s marriage make sense in his twisted way, and it’s a perfect prologue to ‘The Wedding.’ But it’s an offhand comment from Catwoman about Edward Nygma’s sideburns that boosted the issue up a few review points—and had me audibly laugh. We’ve all been thinking it for years. 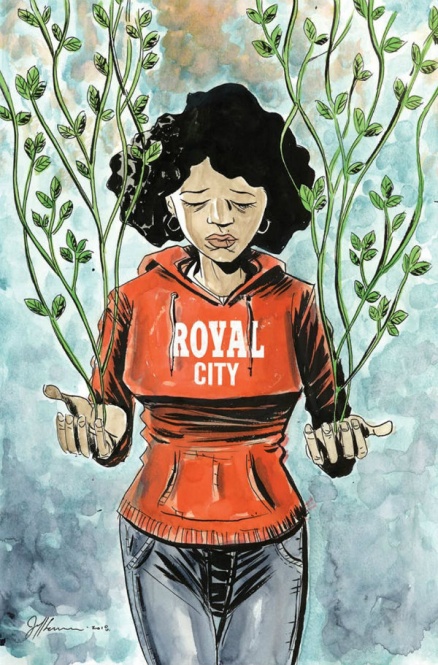 Just look at that list above. Jeff Lemire receives the honor of best writer in June for maintaining such high quality across so many ongoing series. We even have our own column, Lemire County , dedicated to his creator-owned work. Whether it’s sci-fi, superheroes, horror, or even family drama, Lemire has got you covered. He’s created his own superhero universe beginning in the pages of “Black Hammer” and its continuing satellite series. His long-running science fiction tale “Descender” will conclude in July, and a TV series of his horror comic, “Gideon Falls,” is in the works. But it’s perhaps the revelations in “Royal City” #12 this month that were most affecting. Of all Lemire-penned comics this month, “Royal City” is relatively low key, but it’s in these sorts of family dramas that he thrives in. More light is shed on the tragedy of Tommy and the devastating ripples his death has on the Pike family. With two more issues to go, I can’t wait to see how Lemire concludes this dysfunctional family’s story. 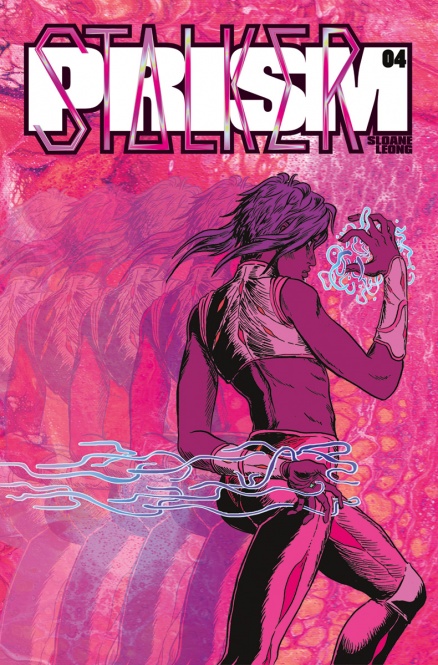 I want to spend more time in Sloane Leong’s imagination. Luckily, there’s “Prism Stalker.” Vep continues her biopunk odyssey in #4, accompanied by some of the most mind-bending panels we’ve yet seen. Sloane has created a psychedelic wonderland of alien vistas—both external and internal. Dreamy, acid trip visuals drip with texture and sensation. Each new issue promises a synesthetic journey where the images practically melt from the pages. Hyper-tropical, ultra saturated colors provide the final sweet layer of eye candy you need. “Prism Stalker” is a comic you not only read, but experience.

and Danijel Zezelj’s moody shadows in
“Days of Hate” #6 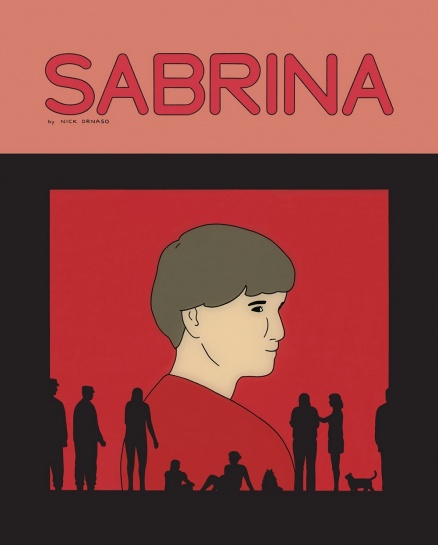 Okay, so this was technically released in late May but we can all understand the stacks of comics one must get through before tackling graphic novels—so here it is for June. Nick Drnaso’s “Sabrina” is a timely work, astutely presenting the underlying dread of modern society in all of its mundane glory. It starts with the disappearance of the title character, but rather than devolving into a simple mystery, the focus is smartly shifted to the conspiratorial rhetoric that emerges and the horrifying repercussions it has on Sabrina’s friends and family. Sabrina’s boyfriend, Teddy, nearly catatonic with grief, moves in with Calvin, an old friend from high school. From there, Drnaso eschews big, dramatic moments in favor of quietly simmering tension under the surface. With his signature minimalistic cartooning within 12- to 24-panel grids, Drnaso weaves a tale of existential despair. 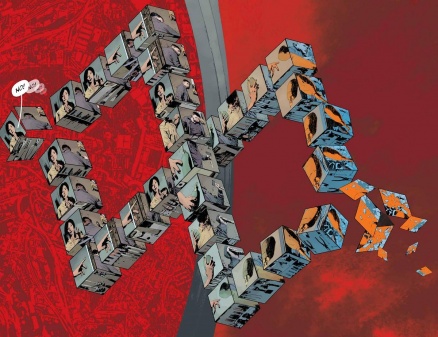 Andrea Sorrentino elevates every issue of “Gideon Falls” with ingenious paneling.
In the standout moment in the most recent issue, Dr. Xu peers into the mirror and the panels first go askew and fragment. It’s then we’re launched into a red two-page splash where the panels break down into a cubist infinity symbol. This is far from the only example of Sorrentino’s ingenious page layouts. Empty panels overlap, others mimic the red lines of circled newspaper cutouts, and Norton and Xu’s heads act as the empty eye sockets of a red skull. In August’s “Gideon Falls” #6, Sorrentino seems to up his game once again, which you can check it out in our preview.

We all knew it was coming, but Jon and Suzie have reunited at last. As Suzie brings Jon into The Quiet with a kiss in the last pages of the ‘Five-Fingered Discount’ arc, it’s truly romance triumphant. “Sex Criminals” deals more in tragedy than lovey-dovey romance, but this issue earned its victory. There’s even a cute demonstration of quantum entanglement as a metaphor for the symbiosis of true love. Thanks Chip Zdarsky and Matt Fraction. But at the risk of being too saccharine, Fraction ends their reunion with Suzie wishing Jon a fond “Fuck you.” This is true love. 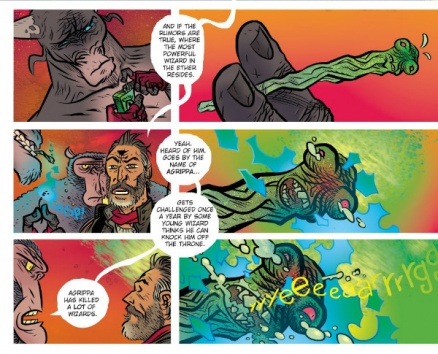 It’s a short, fairly non-consequential scene where the bull-man, Grandor, indulges his habit of smoking some sentient cigarette-shaped creature. It’s small moments like this that make “Ether” so much zany fun. It calls to mind the last “Ether” arc’s living bullets or the unfortunate animals’ lives as tools in The Flintstones. Here’s hoping Matt Kindt and Dave Rubin’s combined imaginations explore the Ether for many more issues to come. 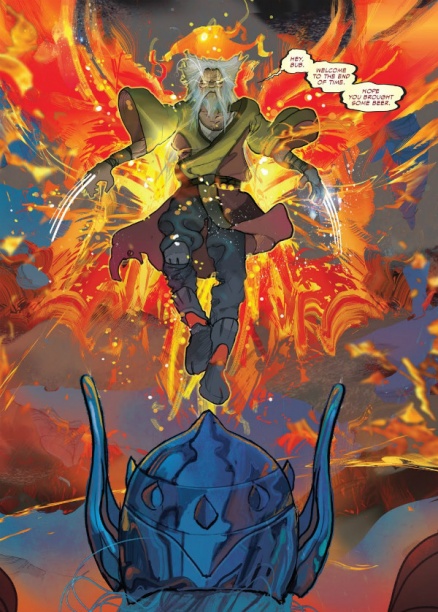 The image speaks for itself, Bub. 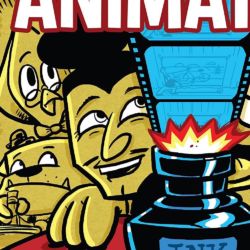 This Month in Comics: December 2020

While December just passed, due to the craziness of the holidays and our various series (Year in Review, Festival of Lightsabers), it was hard to come up with a proper representation of the month that was. But we shall do our best, in this tag-teamed edition of This Month in Comics!Biggest Reveal: “Guardians of the […] 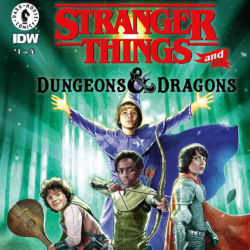 This Month in Comics: November 2020

Earlier this year, with the direct market crippled and local comic shops shut down, things looked pretty bleak. Even as a chorus of pundits wrestled with the age-old question, How will monthly comics survive, the industry found a way, proving it’s resiliency yet again. For now, anyway. Obviously, there are still plenty of problems, but […] 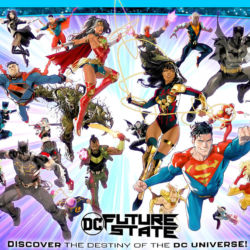 This Month in Comics: October 2020

It doesn’t matter what kind of reader you are, This Month in Comics has something for you. If you are a big Marvel fan, we had huge moves in Marvel’s most interesting current crossover event “X of Swords.” If Batman is more your thing, we saw important releases and plot developments in “Dark Nights: Death […]