This week, Ken and Robbie check in with “ne0;lation” and “The Last Saiyuki.” If you have thoughts on these or any other current Shonen Jump titles, please let us know in the comments! 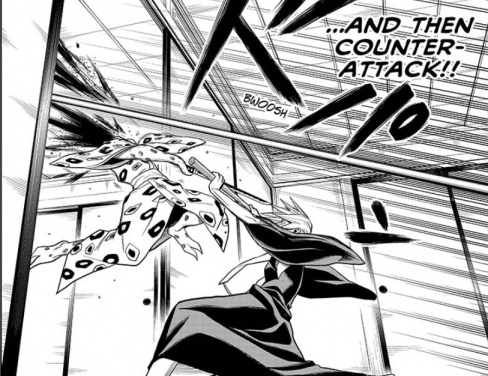 One of Shonen Jump’s youngest series, “The Last Saiyuki” is slowly building itself up. It’s supernatural elements serve as the backdrop to the relationship of an older brother and little sister in Ryunosuke and Koharu. This chapter throws in a bit more of Japanese fokelore as the two plan to use Koharu’s power to save Ryu’s friend Shige from a monster. But the question remains: Is it any good?

I feel inclined to be a bit kind to “The Last Saiyuki.” It’s very early days, so one would think it needed to establish itself immediately. But it is taking its time, being very well paced and not cramming in as much about the world immediately. This chapter does feel a bit light, but what it does offer is still good. Even the time the story takes to explain the monster, Nurarihyon, doesn’t overbear the reader. Character relationships are where this book feels like it’s going to excel, last chapter exploring Ryu and Shige’s friendship and Koharu’s own worry of making friends and this chapter continuing to explore that here in the siblings resolves to rescue Shige.

Nonoue’s art style feels very cartoony without feeling cartoonish, if that makes sense. Very wide-eyed, optimistic and innocent facial expressions. Conversely, he’s just as capable of creating childish terror in such images as Nurarihyon when it finally makes its presence known. While the action is brief in this chapter, it’s crisp and dynamic without going over the top.

It’s very early days for “The Last Saiyuki” but I feel like there is a confidence in this series, in both story and art. It knows what it wants to be and it knows who it wants to appeal to. This doesn’t seem like it’s going to be a series that is going to rely on the super bombastic and even the violence, but live or die on the relationships between characters. It’s definitely one to keep an eye on as it continues to grow.

Final Verdict: 6.3- “The Last Saiyuki” is slowly but surely growing into itself with a confident pace. 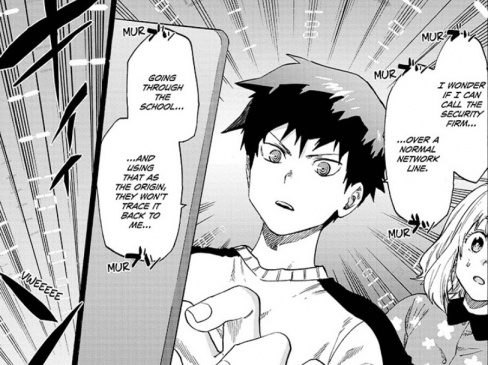 And here we have it, the backstory chapter! “ne0;lation” has so far managed to turn computer hacking into an intense shonen-style clash of wits, but now it’s taking a minute to look back at the protagonist’s past and see what drove him to become the hacker he is today.

For a flashback story that more or less came out of nowhere, the chapter still does a good job at endearing us to the doomed friend Tobari and the younger version of Arata. The first call to action is built up well and provides a low-stakes test of Arata’s skills, establishing his ability to stop bad guys from behind the scenes. That makes the moment of desperation that comes later all the more natural and compelling, since we understand Arata’s drive and motivation.

Yet it still feels very cliche in many ways. Tobari exists only to tragically suffer an incurable disease and motivate Arata. As such, she doesn’t need to be anything but bubbly and encouraging. So while the chapter hits all the beats it intends to, it’s not anything we haven’t seen a thousand times before.

As the chapter is a bit slower-paced, it’s easier to appreciate Mizuki Yoda’s artwork and character designs. The visual contrast between the sour-faced Arata and the super-cheerful Tobari is cute and brings out both of their designs, and we even get some well-angled images that add a more dynamic sense to scenes where it’s just them sitting around talking.

We even get a decent visual progression of the characters as time passes and we see them grow from kindergarteners to elementary school age, although Arata ends up looking a little older than he probably should as a result. But the artwork manages to turn a scene of characters watching a break-in, calling security then seeing the subsequent arrest into something more intense – it just goes to show how well-drawn manga can make anything exciting. A few action lines, characters exclaiming their statements and dramatic angles can make a big difference.

In the end, this chapter of “ne0;lation” would be a dramatic and emotional one if not for the fact that we’ve seen it all before. But it works well with the material it has, while still helping us understand Arata and his motivations just a bit better.

Final Verdict: 6.2 – Not the most original backstory, but one that still manages to hit all the right emotional beats, backed up by artwork that makes the whole thing more exciting.