This week, Walter and Brian are catching up with “Guardian of the Witch” and “Magu-chan: God of Destruction.” If you have thoughts on these or any other current Shonen Jump titles, please let us know in the comments! 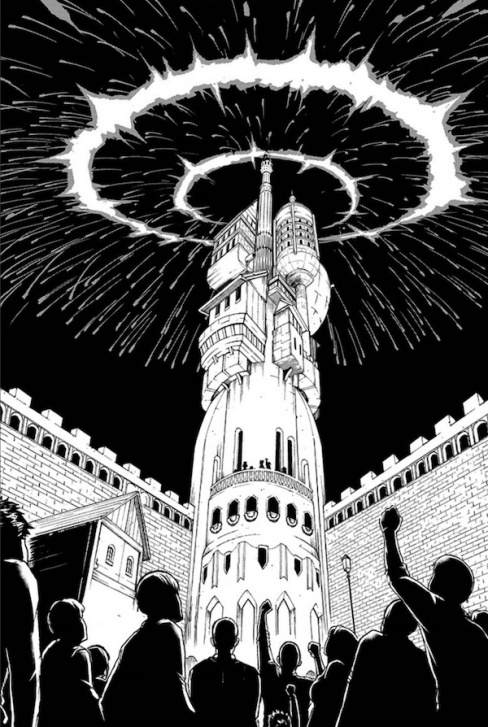 Guardian of the Witch, Chapter 19
Written and Illustrated by Asahi Sakano
Review by Walt Richardson

What do you do when your series is canceled? In the fast-paced production model of weekly serialized manga, a lot of times there isn’t much time to tie things up neatly. When it comes to series that had a specific overarching plot that never got to be fulfilled, there are usually two ways to approach your abrupt ending: option a) leave the ending open, hinting at the stories that might have happened in the future and perhaps the ending itself; or option b) fast-forward to the intended ending, hinting at the stories that we “missed.”

With the sudden end of “Guardian of the Witch,” mangaka Asahi Sakano opted for option b. We get a five year time skip to a time period where Fafner and Manasfa have successfully freed the witches from their tragic early end via a ring made by the inventor Mr. Drake. It’s about what you expect from this kind of chapter: we see the few characters who had important roles in the prior 18 chapters, we have some dialogue talking about the adventures we didn’t get to see, and there’s some cheesy line about how the real magic is hope. Is it a satisfactory conclusion? No, perhaps not, but when we’re talking this kind of abrupt ending we need to deal with the reality of what the chapter needs to be rather than what we wish it could be. And, for the most part, Sakano does a good job of delivering an enjoyable, if abrupt end to a series that was only kind of good to begin with.

There is, however, one major issue. The time skip that occurs this chapter is only the second half of the chapter. The first half is an even more abrupt ending to an arc that began one chapter ago. The story about the witch Aqua and her father who knows the truth about witches is so short and undercooked that it feels like you could remove that chapter and a half and you wouldn’t notice it was missing. Sure, there’s a reference to Aqua in the flash-forward, but that would be just one more allusion to events we never got to see.

As with most cancellations, we can only speculate as to what is going on behind the scenes, and when Sakano was told “okay, you have only X amount of chapters to wrap thing up.” If Sakano was told before too much work had already been done on the Aqua arc had been started, it probably would have been wiser to scrap it entirely and either extend the preceding arc or the flash-forward. If it was too late, then perhaps it would have been better to have nearly the entire final chapter be devoted to the Aqua arc and have a final page taking the “option a” approach of “oh boy, I wonder what adventures we’ll go on next!” I can understand that this would be a less satisfying end from Sakano’s point of view, but it would have probably been a better choice from a story perspective. It’s not like the end to the Aqua arc ruins this final chapter – more that it’s completely unremarkable and forgettable. That’s… probably not what you want half of your final chapter to be.

Visually, this chapter is about on par with every prior chapter, which is to say: it’s pretty good! Sakano has a leg up on some of the other mangaka who are making an otherwise fairly generic series in that his art has a bit of personality to it, even if you can definitely see some influence from his mentor Yuki Tabata. The storytelling is usually crisp and clear, whether in fight scenes or in dialogue-heavy interactions, and his expressions are usually effective in conveying the relevant emotions. It still doesn’t really have that “wow” factor that makes for a superstar, but if Sakano’s story was perhaps a bit more interesting it would have been a series to keep an eye on to see if Sakano’s art would “level up” from pretty good to something special. As is, we’ll have to see if he comes around with something else, and if so hopefully it’s a bit better than this decent but not great fantasy series. 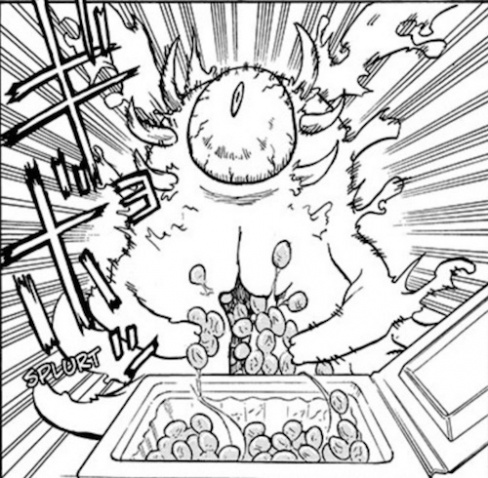 There are lots of examples of evil geniuses and relatively simple folks teaming up: Lex Luthor and Otis from Superman: The Movie, Pinky and the Brain, and, now, Magu-chan and Ruru. This story starts off with a flashback to Magu Meneuku’s earlier days of destruction, but we quickly see Magu at the mercy of a middle school student. There’s a lot of fun comedy played here, with Magu constantly calling Ruru things like ‘lowly human,’ but then being unable to do simple tasks. Pardon the pun, but this is an effective fish out of water story.

But it is also a story about loneliness and dependence. Kamiki doesn’t go too deep or try to imbue the story with unnecessary pathos, but Ruru’s story is, at its heart, a sad one. She’s a poor girl without many friends or parental involvement, so much so that she takes home this terribly rude creature claiming to be a god of destruction. Ruru is clearly established as a good person, but also a simple one, and Kamiki walks that line nicely.

Visually, Kamiki also is able to balance the horrors of Magu’s purpose and past with the somewhat pastoral setting of the coastal town where Ruru lives. I was particularly fond of Kamiki’s depiction of the weather, which was never sensationalized, but showed raw power and majesty. It was somewhat contrasted with Magu’s power, both visually and in the narrative, and it was another element that Kamiki was able to introduce to give the story a little depth.

In many ways, this would have worked as a one-shot, but is perfectly set up for a longer run. Hopefully, Kamiki can keep the momentum going, and allow the Odd Couple story to continue and grow. Ren, Ruru’s schoolmate, seems poised for a bigger role, and will likely act as the outsider, not understanding of the situation Ruru finds herself in.

Final Verdict: 7.0 – A strong start to this new series. 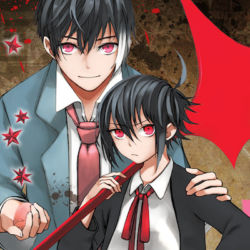 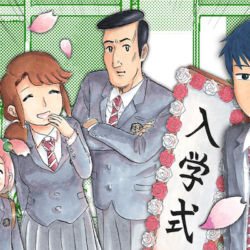 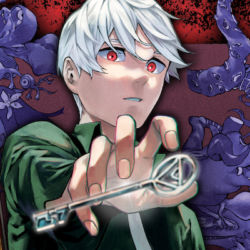