This week, Kerry and Rowan check in with “Ghost Reaper Girl” and “Chainsaw Man.” If you have thoughts on these or any other current Shonen Jump titles, please let us know in the comments!

“Ghost Reaper Girl” is the latest series to be added to the Weekly Shonen Jump lineup and the newest from the manga-ka of “Rosario + Vampire,” which he wrote under the name Akihisa Ikeda. It’s kind of strange to market a series as “written by” someone who switched to a new pen name with seemingly no public announcement or explanation, but whatever. Another interesting thing about this manga is that Saiké apparently requested the translation be published left to right, rather than traditional right to left. Despite being the way I have read all of my life, including manga for a time (remember those early Tokyopop days?), it really threw me for a loop briefly.

“Ghost Reaper Girl” follows Chloe, a street rat turned actress who apparently has the perfect body for ghostly world domination. As such, there’s a whole slew of ghosts from the underworld looking to possess her, but the only attempts so far have been made by ghosts inhabiting the bodies of older men. They attack Chloe while continually demanding she “let them inside” her. It’s obviously suggestive, though perhaps with undercurrents of social commentary. After all, the first scene where Chloe gets attacked on the casting couch is so stereotypical it’s almost beyond parody, as is the very professional studio exec possessed by a sudden urge to want her body. Also, unlike the rest of the chauvinistic ghosts she encounters, new ghost friend/handsome boy Kai only possesses Chloe once she gives him permission to do so, which translates into them becoming a tour de fighting force. Perhaps consent is the key to saving the world?? It’s a little too on the nose, but in a way that’s almost exciting. It’s hard to tell where the writing stands this early in the series, but there’s a nice amount to unpack, so hopefully it doesn’t end up too fanservicey.

The synopsis is intriguing enough — scrappy girl fights handsy ghosts — but what really draws you in is the art. The character designs alone are what convinced me to give this series a go before I had even read what it was about. Recently many of Jump’s series have leaned cute and comedic or typically shonen in their illustrations, so it’s really refreshing to look at something that’s just so darn pretty. There’s a delicateness and intention to Saiké’s art that I didn’t realize was missing from Shonen Jump’s offerings. The colored full spread title page is especially breathtaking, though the line art that follows doesn’t disappoint either.

Final Verdict: 7.5 — Gorgeous art with a side of supernatural premise that may or may not be social commentary; what more could you want? 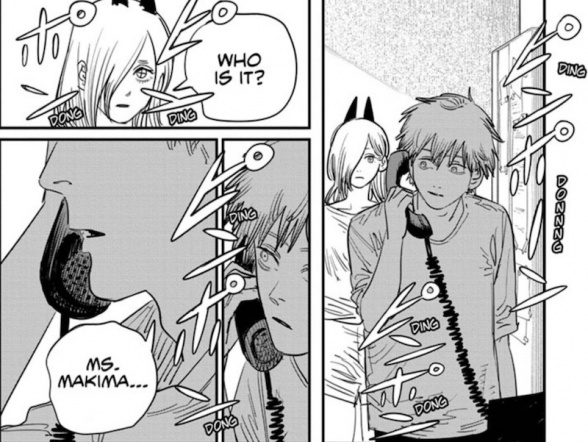 At this stage in its life, I wholeheartedly believe that “Chainsaw Man” can tackle just about any genre that works with Shonen-style action and pull it off with aplomb. In chapter 77, we get some fantastic suspense horror, tinged with dry humour and garnished with high emotional connection. The issue does this so well because it functions almost like the start of a completely new story, and teases out potential twists just enough to make them eerie. The telephone ringing right through the first page to the start of the second is an uncomfortable inevitability that works so well at setting up tension. Once Denji picks up the phone, there’s terrific tension that is immediately established with the gun fiend arriving at the door.

Fujimoto plays with repetition so well, having Denji avoid the inevitable in the next few pages. Denji is really struggling with what to do and how to deal with the situation of what Ms. Makima is telling him over the phone, and it creates a real sense of worry for the readers. Cleverly, we also have a third point of view in having Power doubt what Ms. Makima is saying and making Denji really question what’s really going on in this situation. It works as a kind of unseen horror that gives the readers time to build up what could actually be happening and what the Gun Devil actually is in their heads. So much so that when he arrives, it’s done with a terrifying full-page splash that pays off on the heavy buildup. Fujimoto then tries to squeeze in a plotline that the Gun Devil is actually someone that Denji knew in the past, which likely will make for great emotional beats down the line, but is overshadowed by the terrific chapter opening.

Fujimoto really excels here at drawing characters who look completely deadpan and pushed to their absolute limit of waking. Denji and Power in the very first page both look tired as heck, and it only serves to make the uncertain terror in the narrative that much more heightened. This continues to build with a level of dry comedy as Denji is told the news about the Gun Devil and becomes extremely alarmed but with the same tired lines. As he tries to reason with Power and Ms. Makima as to what’s going on, he continues to have an exasperated yet desperate look which is morbidly hilarious. All the while, Fujimoto builds up more of the doorbell ringing as the narrative progresses with sound effects between panels that shows how expertly he can handle tension visually. There’s a great three panel sequence just before Power opens the door that shows Denji drop from nervously laughing to mildly terrified, and it works in tandem with the doorbell sound effects to give a heartbeat moment-to-moment feeling sequence.

Once the Gun Devil arrives, we see Fujimoto’s grotesque mastery of body horror in full force as the villain in question has fleshy looking guns protruding from his forehead and his left shoulder. Complete with a totally emotionless face, he’s possibly one of the most David Lynch-as-heck movie monsters I’ve seen in manga to date, and yes, including “Parasyte”! Fujimoto uses the quick flashback to show Denji and the Devil’s childhood connection as a kind of calm before the storm, and what a storm it is when unleashed. The double pager that we get lets loose all kinds of speedlines, gigantic sound effects, and Wes Anderson-style widescreen shots (That’s all the Western Director references you’ll be getting in this review, folks). The issue ends in a twisted close up confrontation that leaves readers buzzing to continue the story next week.

“Chainsaw Man” still feels fresh and exciting as it continues to explore fertile story ground with each story arc. Fujimoto handles a more horror-tinged genre super well here, and gives us consistent tension through the both narrative and art sides. Jump on board if you’re not already reading this excellent Shonen serial.

Final Score: 9.0 – A new entry into the ongoing “Chainsaw Man” story that feels as fresh as ever. 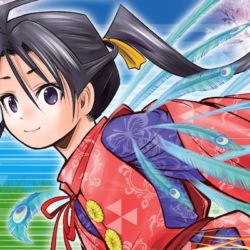 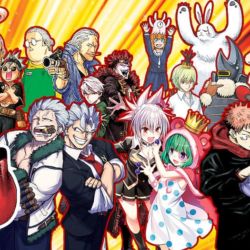