This week, Ken and Robbie check in with “Burn the Witch” and “Phantom Seer.” If you have thoughts on these or any other current Shonen Jump titles, please let us know in the comments! 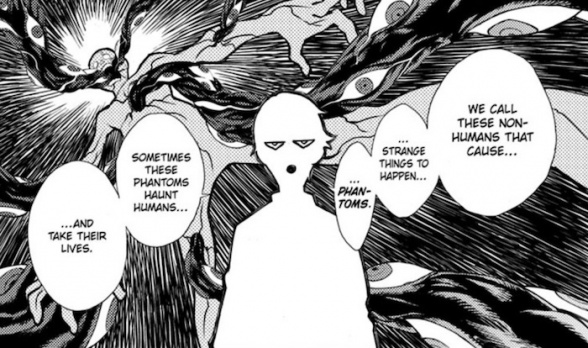 This new series focuses on Riku Aibetsu, a girl who just wants to help people. It just so happens that she has the ability to detect misfortune before it strikes, and boy do a lot of random acts of misfortune happen around her. Lucky?

Then we get the boy with a mysterious power that enters her life and reveals there’s spirits, or ghosts, or phantoms, whatever you so choose to call them, that are haunting her. In this case, it’s Iori Katanagi, the shaman. Now they have to work together, because she keeps drawing phantoms to her.

I feel like I could have gotten a more original story out of a random plot generator. This is entirely paint-by-numbers as far as story goes; we’ve all read this same story, whether through “Kyoukai no Rinne,” “Mitama Security,” or any of the other series with similar plots.

However, I will give “Phantom Seer” credit for two things.

First off, writer Togo Goto gives the characters plenty of personality. Iori is a bit of a jerk who quickly folds under pressure when his sister applies even a little bit. That doesn’t make him likable by any extent, but at least amusing to read. His sister is also an amusing force, using her powers of foresight to know exactly when to call and how to twist Iori to her will. While Riku herself doesn’t have much at first besides “wanting to help people,” it’s not a bad start, and it leads into a character dilemma when she learns her abilities attract misfortune. The idea of the divide between desires and abilities isn’t a bad concept to explore with the characters.

The second strong point is the artwork. Kento Matsuura gives us solid character designs, shading, and details right off the bat, but it only gets better as the chapter goes on. The expressions he gives characters are fantastic, particularly when Iori freaks out over anything. Then the phantoms themselves feature great designs, making excellent use of darkness and inhuman features to make them feel truly monstrous. His skills are put to good use here, fully utilizing the size of the page and the magical, otherworldly effects for maximum effect.

Is that enough to make “Phantom Seer” excel? I’m afraid not. For as much heavy lifting as the artwork does, and while the characters aren’t bad, the story itself doesn’t do us any good because we’ve seen it all before. I can give credit for what it does well, but do we really need another exorcist manga? 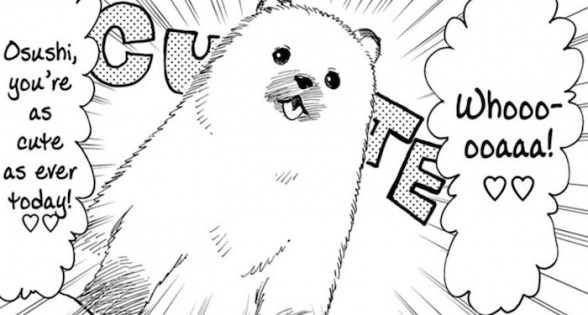 We’ve reached the halfway point of Tite Kubo’s limited series that will see an anime this autumn and I have to be honest: I’m not really feeling “Burn the Witch” but I’m not really sure if it’s because I think it’s not good or just because it’s not for me. Two chapters into it and the series has thrown a great deal of concepts in order to build it’s world as quickly as possible, but a lot of it doesn’t feel very well explained. Furthermore, while the characters of Ninny, Noel and Balgo are just having the surfaces’ scratched, I can’t say they’re making the read worth it.

Before I go a bit more into detail on my criticisms, there is something I can be positive: the art. When Kubo is not rushed and under the hammer of insane deadlines, his artwork is phenomenal, well worthy of the praise he would get. And while I wouldn’t say the art in “Burn the Witch” isn’t at his top tier work, I would say it’s still very good. Design work has also been Kubo’s strength and between both the human characters and the creatures in this alternate word (even if they’re a very liberal definition of the concept of “Dragons”) all have something that stands out, from the creature that brings Noel the morning paper, to the enemies that appear towards the end of the chapter.

While the artwork is good, it’s the story that really shows some rickets. I have been doing my very best to not compare this story to “Bleach” but when you think about it, you can’t help but notice it. The dragons feel like a stand in for spirits and hollows alongside Wing Ban and it’s various commanders feel like Soul Society. Furthermore, the dynamic between Ninny and Noel (and to a lesser extent Balgo) is not one that I could say is unique. Ninny is a hothead and Noel is level-headed. There is some depth brought in with an introduction to a character tied in with Ninny’s day job (that being a pop singer) but it’s barely touched upon before a new potential antagonist is introduced.

“Burn the Witch” is a story that feels like it wants to introduce a lot but in doing so doesn’t feel like much can breathe. The art and design side of it is really good, but if you’re like me, that’s only going to go so far. A lot of style, but trying to dig deeper feels like it’s coming up short. For a limited series, I suppose it does its job of introducing the premise and it could work for other people, I’m just not one of them. 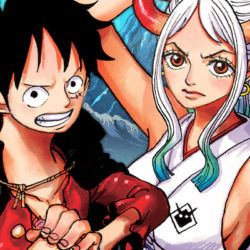 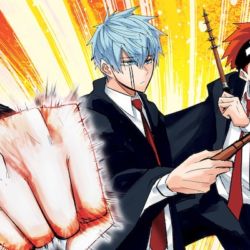