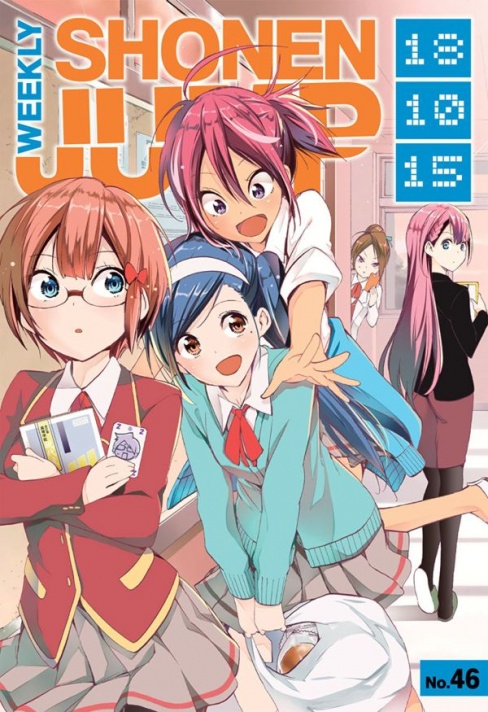 This week, Zach and Vince check in with “The Comiq” and “Food Wars.” If you have any thoughts on these titles, or “My Hero Academia” “Black Clover,” “Dr. Stone,” “Hunter x Hunter,” “The Promised Neverland,” or “We Never Learn” let us know in the comments! 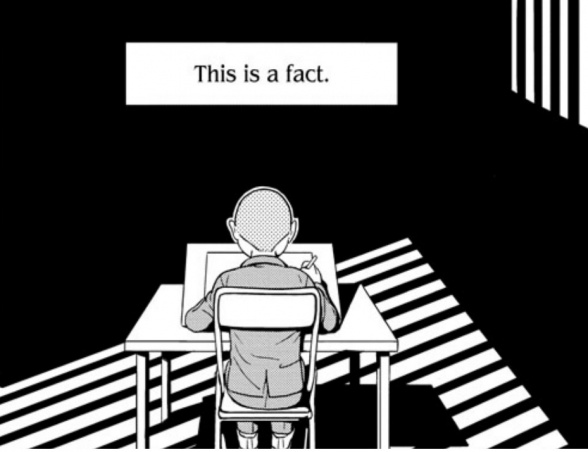 The Comiq, Chapter #1
Written and Illustrated by Kazuki Takahashi
Reviewed by Zach Wilkerson

Stop me if you’ve heard this one before; a new limited series with a quirky yet intriguing high concept from high profile creator of beloved establish property. Sounds like every HBO show of the last decade, right? Well, in this case, it’s “The Comiq,” the latest serial to run in the pages of Weekly Shonen Jump. Written and illustrated by Kazuki Takahasi, the mastermind behind the wildly successful “Yu-Gi-Oh,” “The Comiq” takes a slice of life drama of breaking into the highly competitive manga industry and wraps it within a surprisingly gripping crime thriller.

Taking a page from Satoshi Kon’s masterful “Opus,” this story begins within the pages of another story; “Pendulum of Love,” a fictional shojo manga written by our protagonist, Ryota Sakamaki. An up and coming mangaka, Sakamaki has just landed his first serialization in a major publication, the humorously titled “Shojo Jump.” Here, we get a small peek behind the curtain of how manga gets made. Due to the rapid weekly serialization of most series, mangaka will often employ assistants to draw backgrounds and perform finishing touches. We get the first hints of the core drama as Sakamaki’s editor is less than forthcoming about the identity of the highly talented assistant deliver such highly detailed backgrounds.

As a reviewer of manga, it’s very interesting to see this small but important focus on artistic craft. One of the easiest things to knock or critique a manga for is its lack of backgrounds. The relatively small page and panel real estate, along with the clear focus on character design, often leaves little room for attention to details like a character’s surroundings. To focus on this as a plot point is interesting, especially since the chapter itself features some wonderfully detailed panels.

So, let’s go on an art tangent. The majority of the panels in “The Comiq” are close up shots on characters. Perhaps it’s due to my familiarity with the anime incarnation of “Yu-Gi-Oh,” more-so than its manga origins, but Takahashi’s style feels uniquely fresh and separate from his more famous creation. The characters have an almost mousy quality, with beady black eyes and sharp, pointed features. At the same time they carry a classic, almost “Archie-esque” charm. I’ve recently dived back into the world of “The World Ends With You,” thanks to its recent release on the Nintendo Switch, and Takahashi’s work here bears a striking similarity in style and tone to that work. While the characters are expressive and memorable, it’s Takahashi’s eye for perspective and set dressing that help the story come alive.

Takahashi utilizes a fisheye lens perspective in several panels to create the illusion of space within the cramped panels. We see this particularly in one of the pages illustrated by Sakamaki’s mysterious assistant, and in a surprisingly dynamic laundromat scene. What could be a rather mundane scene takes on an ominous tone due to the unique perspective and the striking imagery. The use of upward facing shots is another technique that works extremely well here. Takahashi also juggles varying tones surprisingly well, jumping from the lighthearted whimsy of a “Viewtube” artist streaming to a brooding and somber balcony sequence that hints at dark secrets.

While the story gives the disclaimer that this entirely a work of fiction and even goes so far as moving the setting 4 years in the future, the plot is quite pertinent to current events. Concerns over working conditions and treatment of prisoners are particularly topical in American news thanks to the recent prison strikes. While it’s unclear how scathing of a critique “The Comiq” will lay upon the criminal justice system, the nuance and care with which Takahashi approaches the topic is reassuring.

Billed as a limited series, it’s refreshing to jump into a manga serial with a finite end in sight. That said, the premise that Takahashi lays out is an extremely engaging, ripe with storytelling potential. With a perfect balance of charm, drama, and suspense, “The Comiq” is a much welcomed addition to the pages of Weekly Shonen Jump.

Final Verdict: 8.8 – “The Comiq” lives up to its prestige billing thanks to tight presentation, terrific art, and a striking premise. 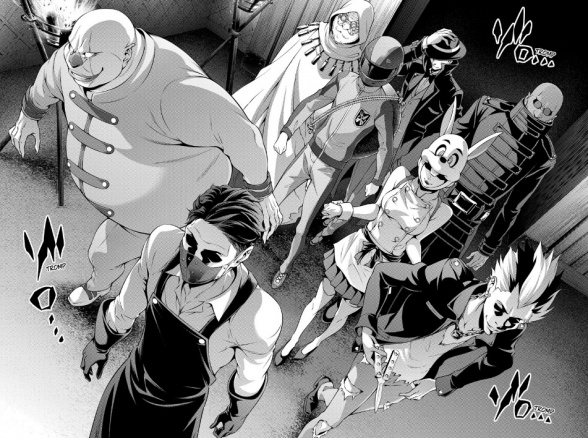 I’m going to start by putting a recommendation at the front of my review: Chapter 283 of “Food Wars” is quite literally a table-setter (pardon the pun) for the arc of food challenges that will immediately begin next issue. It is brilliantly designed to be the perfect place for a new reader to start who doesn’t have the time or desire to read almost 300 chapters to catch up. It doesn’t get bogged down in being over-explanatory, or trying to sort out everything that came before. In that way, it might come off as a forgettable read for longtime fans, but longtime fans also know how good “Food Wars” can get. This issue is for everyone else who hasn’t had the pleasure yet. I highly recommend anyone with a passing interest give it a shot here. Don’t be afraid – you can do it!

That said, let’s breakdown the actual content of the chapter. The oncoming arc will feature food competitions taking place at somewhere called “Blue” – a massive, multi-layered, vintage-looking Japanese castle that marries its daunting visage with minimalist graphic design apropos of a modern upscale dining experience. It’s an extremely fun setting that feels extremely realistic in its presentation, while embracing a “shonen style” experience where the competitors will go through “levels” of the castle as they win challenges. In an issue where there isn’t any of the bombastic action, nor the typically beautiful presentation of food dishes, the design of the setting was a fun change of pace.

Our heroes (and villains) spend the chapter converging on this setting, and the reader gets a light sampling of the different reasons why they’re there. Soma (the main character and first chair of the “Council of Ten” chefs aka the good guys) comes thanks to an invite and his responsibilities to the Totsuki Institute, with an added bonus motivation once a rival shows up. That rival is Asahi, who recently kidnapped the dean of the institute, pulling the classic mustache-twirling villain move of trying to make her marry him. He basically stops short of tying her to the tracks of an old timey railroad. It’s the one aspect of the chapter that feels corny and outdated, but it’s also basically ignored. Erina is barely mentioned in this introductory installment. Also descending upon “Blue” is The Cuisinier Noir, a group of costumed villains that look like something out of the dang Batman’s rogues gallery. The designs here are pretty memorable, across the board, though pretty impractical for having good cooking fundamentals. This is manga, after all.

Tsukuda-san does everything he can to set up the oncoming action with import and fanfare. All of the motivations are clearly understood and come across, and the hunger for cooking competitions remains infectious. As I stated earlier, nothing much actually happens in the issue, which feels a little bit like the book biding its time. I just can’t get over the thought that this seems like a deliberate effort to create an artificial starting point for new or lapsed readers. After 280-odd chapters, that’s not a bad thing. It may not make for a show-stopping issue, but the quality and care for the product is still here.

Final Verdict: 7.5 – “Food Wars” chapter 283 is a fine table-setting that looks nice, mixes modern sensibilities with classic shonen adventure imagery, and raises the stakes, but stops short before any of the action starts