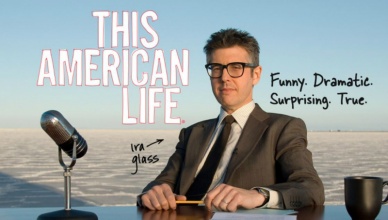 Whether you listen to the radio as you drive to work, or you put podcasts on while you’re doing the dishes, you’ve likely heard an episode of This American Life. The show, hosted by Ira Glass and produced in collaboration with WBEZ Chicago, is broadcast on 500 different radio stations throughout America and has long been the world’s most popular podcast. So you might be surprised to learn that none of its stories have ever been adapted in comic form.

Okay, that’s not exactly true. There is one “This American Life” comic (at least to our knowledge): a strip that Chris Ware produced after TAL told his story in 2010. But that’s the only TAL story to have made the jump from radio to comics and that seems like a shame. While TAL’s audio format has its advantages (easy to find, easy to listen to), it has one distinct disadvantage: listeners can’t actually see the stories unfold.

With the current popularity of anthology series, such as AfterShock’s “Shock” and Fantagraphics’s “Now: The New Comics Anthology,” now seems like the perfect time to put together a This American Life anthology. And in the same way the radio show exposes Americans and other listeners around the world to stories they’d have never otherwise encountered, a This American Life anthology could expose its readers to artists they’d never have encountered. Combining one of the world’s most popular brands with some of America’s best and/or up-and-coming artists should allow whichever publisher picks this idea up to produce a slam-dunk hit of a book, if even a fraction of TAL’s listeners check it out.

Here, then, is a suggested list of TAL stories (compiled using “Best of” lists and our own intuition) that could anchor this hypothetical anthology. Some of the longer stories would have to be condensed, but comics play with movement, pacing, and time in such a way that the right artists should have no trouble distilling these stories to their essence:

– Imagine the first three minutes of Act V as a couple pages of Mitch Gerads-esque (“Mister Miracle”) nine-panel grids, showing a variety of different Hamlets performing on different stages around the world. Then, imagine those pages transitioning into the prison-based rehearsals and performance that Act V’s really about. 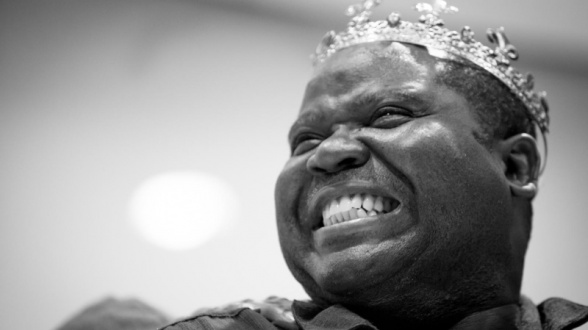 – John Hodgman’s Invisible Man Vs. Hawkman, an examination of what people would and wouldn’t do with the superpowers of flight and invisibility, seems especially suited for a sincere, character-focused artist like Hannah Blumenrich, of Spidey Zine fame.

– Dr. Gilmer and Mr. Hyde tells the story of a seemingly good doctor gone bad, and his replacement’s attempt to figure out what happened. This mystery would be perfect for, say, a Jill Thompson (“Sandman”), who could convey the story’s somber mood and accurately portray the many voices and viewpoints involved.

– One man’s incredulity at his Italian grandmother’s nursing home relationship would be the ideal This American Life story for Veronica Fish (“Archie,” “SLAM!”) or another artist of a similar vein. Optimus … Way Past Her Prime is touching, funny, and full of heart, with a wonderful family at its center.

– If there’s one story on this list that would live or die based on the character acting, attitude, and facial expressions involved, it’s Sarah Koenig’s Petty Tyrant, the story of a maintenance man turned despot. As such, this story’s adaptation would depend on finding a Kevin Maguire-esque (“Justice League International”) artist who can nail sinister expressions and intentions.

– Is it just the title that makes us think either Erica Henderson or Derek Charm (“The Unbeatable Squirrel Girl”) would be the best bets for re-telling Squirrel Cop? No, it’s also the way those artists nail the humor inherent in this “rookie cop’s first day on the job” story. But yeah, whoever illustrates this story must also be able to capture the acrobatic antics of the cop’s squirrely nemesis. 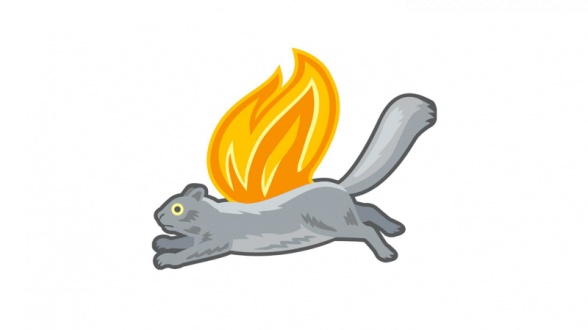 – Dr. Phil, Starlee Kine’s essay on break-ups and break-up songs, demands a musically-inclined artist like Sophie Campbell (“Jem and the Holograms”) or Annie Wu (“Black Canary”) to mix the words, music, and visuals together into a truly heartbreaking, unique comic.

– And finally, TAL’s classic 129 Cars is an incredibly dense story, packing a month’s worth of car sales and high drama into just one hour’s worth of radio, but a compression-focused artist like Ed Piskor (“Hip Hop Family Tree,” “X-Men: Grand Design”) or Tom Scioli (“Transformers Vs. G.I. Joe”) could likely fit 129 Cars into less than 129 panels.

Of course, since This American Life’s been around for over twenty years, there’d be no shortage of great stories to pick from when pulling together a comics anthology, and it’s very likely we didn’t include your favorite story in the list above. If there’s a This American Life story you can’t believe we forgot, or an artist that you think would be a perfect fit for one of the stories listed above, feel free to sound off in the comments.