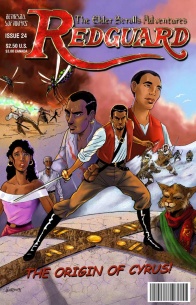 'The Origin of Cyrus!'

There have been a few books based on the series, including literally one comic book, “The Elder Scrolls Adventures: Redguard: The Origin of Cyrus!,” which came free with copies of the 1998 game of the same name. For the most part, Bethesda have been content to just print in-universe documents from the games in illustrated, leather bound books, which is a huge shame – as the Unofficial Elder Scrolls Pages and TES Wiki‘s exhaustive documentation shows, these games have a surprisingly rich cosmology/theology that would provide fertile ground for a wider expanded universe.

Basically, in The Elder Scrolls’ world of Nirn, there are two main types of gods, the Aedra and the Daedra. The Aedra are worshipped by the everyday peoples of Tamriel and other continents, but are distant, having poured so much of themselves into creating the physical realm of Mundus. The Daedra, who come from the Realm of Oblivion, are much more active, often crossing paths with players. The sixteen most powerful Daedra, known (regardless of their pronouns) as the Daedric Princes, rule over different planes of Oblivion, and are worshipped by various cults and certain non-human races. They are: 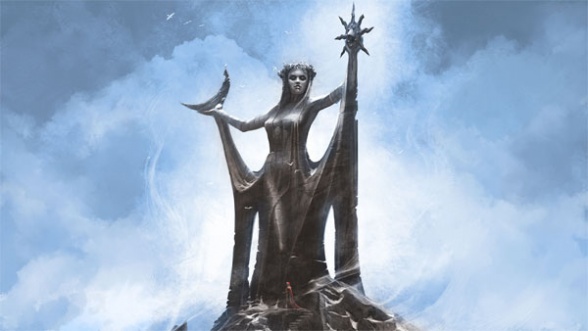 Concept art of Azura's shrine in Skyrim by Ray Lederer

Concept art of Hermaeus Mora in The Elder Scrolls Online 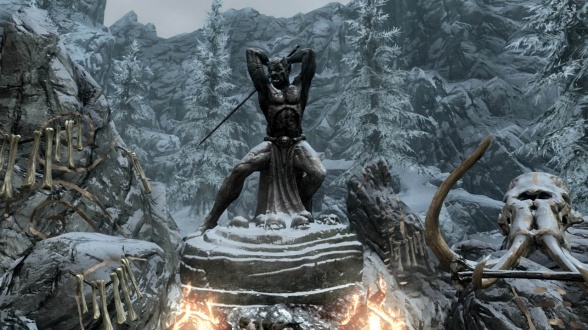 The Shrine of Malacath in The Elder Scrolls V: Skyrim 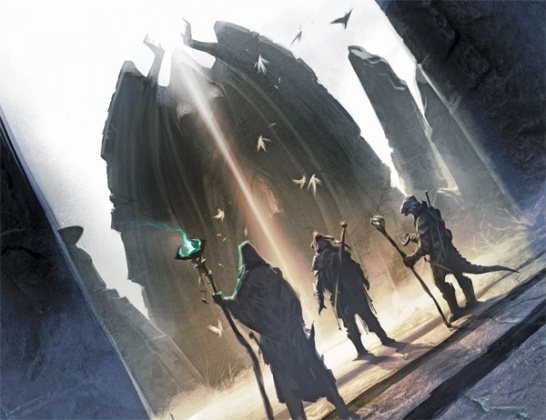 Concept art of Meridia's shrine in Skyrim by Ray Lederer 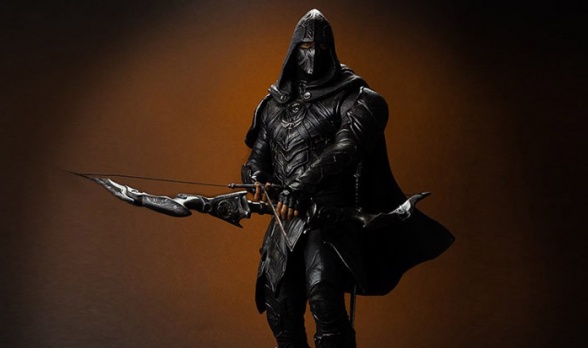 Limited edition statue of a Nightingale

Of course, the Daedric Princes don’t have to be involved in any Elder Scrolls comic (after all, Skyrim’s main backstory point was that humans used to worship dragons), but they’re a unique starting point for stories. They could be the inspiration for a whole 16-issue anthology series, or series of anthologies: and the great thing is, with such a vast timeline, and so many species, factions and settings (much of which hasn’t appeared in the Tamriel-centric games), there’s no way you can tell the same story twice. 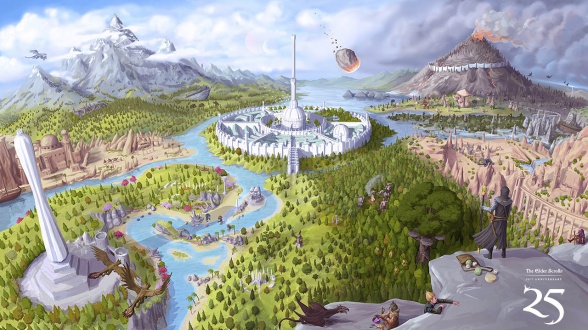 25th anniversary artwork of the continent of Tamriel

By this point, we’d usually list creators we’d like to see on a property, but we’re talking about such a enormous blank canvas, with such a diverse array of options, it’s not like we should favor “comics famous” scribes like Greg Rucka (“Wonder Woman“) and Greg Pak (“Ronin Island“) over rising stars like Jody Houser (“Star Wars: Age of Republic“), Tini Howard (“The Forgotten Queen“), or Magdalene Visaggio (“Transformers vs. Visionaries“).

We can definitely imagine “Thor“/”Conan” creators Jason Aaron, Esad Ribic and Mahmud Asrar exploring the Norse/Medieval lands of Skyrim and Cyrodiil, or Vita Ayala (“Magic The Gathering: Chandra“) and Nadia Shammas (“Squire“) writing a story in the Middle Eastern/African-inspired lands of Hammerfell – there’s just so many possibilities with virtually every writer and artist.

Be sure to tell us in the comments which creators, conflicts and cultures you’d like to see on an Elder Scrolls book. Here’s to the next 25 years of The Elder Scrolls games: hopefully there will be have been some more comics by 2044 too.